The singer-songwriter discusses his recent EP, relocating from Bristol to Los Angeles and his love of Lowden acoustics. 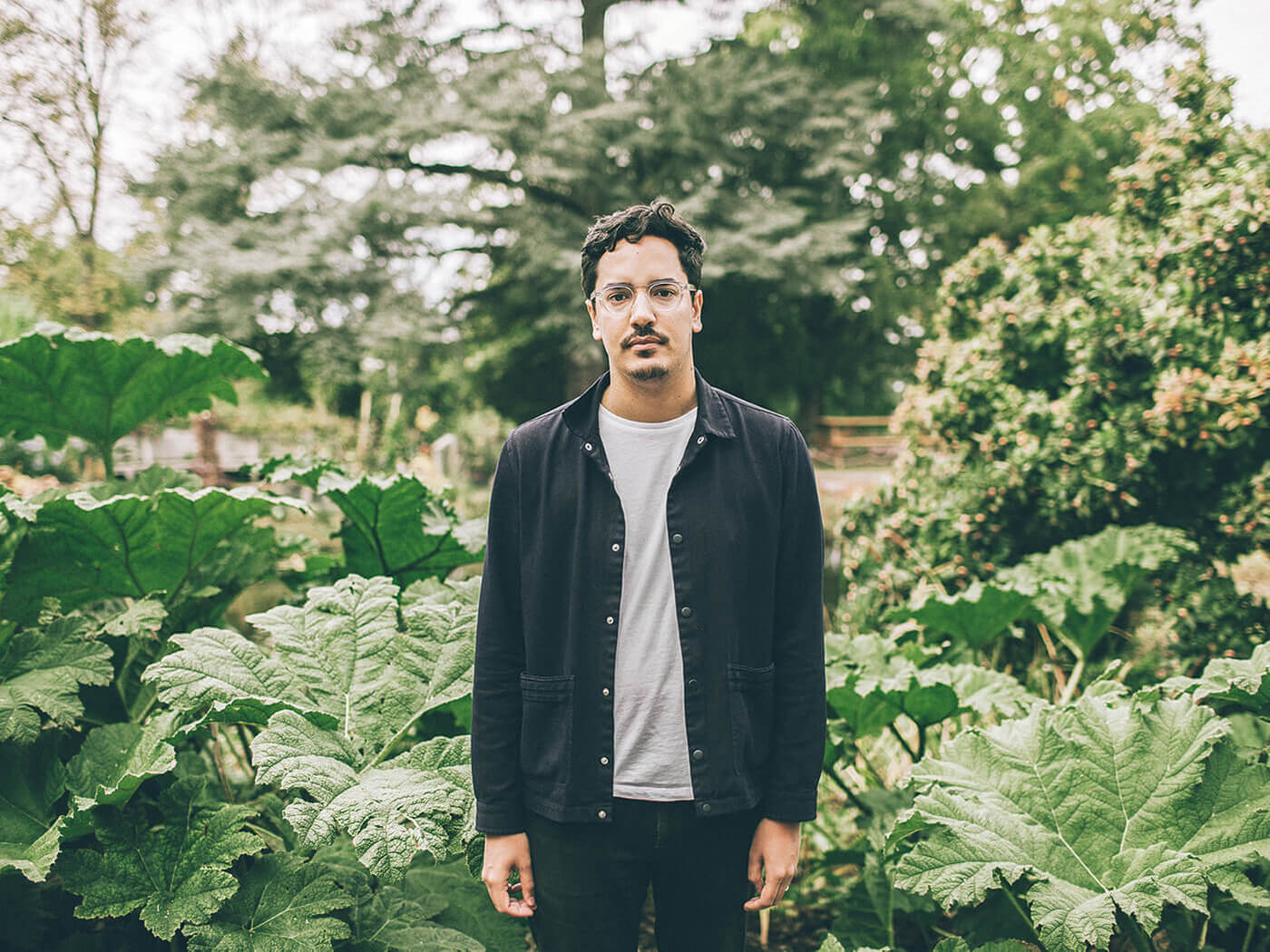 Luke Sital-Singh is a prolific songwriter. Since 2012 he’s released three full length albums and six EPs, and there aren’t any signs of him taking his foot off the accelerator.

Having released his warmly received third album A Golden State last year, he’s continued along his fruitful journey with New Haze, which also happens to be his seventh EP in eight years.

We note how rapidly he’s followed his latest album up with yet more EP, but Luke has no interest in slowing down. “Personally, I feel like it’s too slow,” he explains. “I’m of these two minds where I’m going back to the kind of Patreon model and doing something each month, you know, just chucking stuff out there. There’s part of me that loves taking my sweet time and putting records out slowly, making sure they’re great, but it just doesn’t seem a tenable thing for much longer. 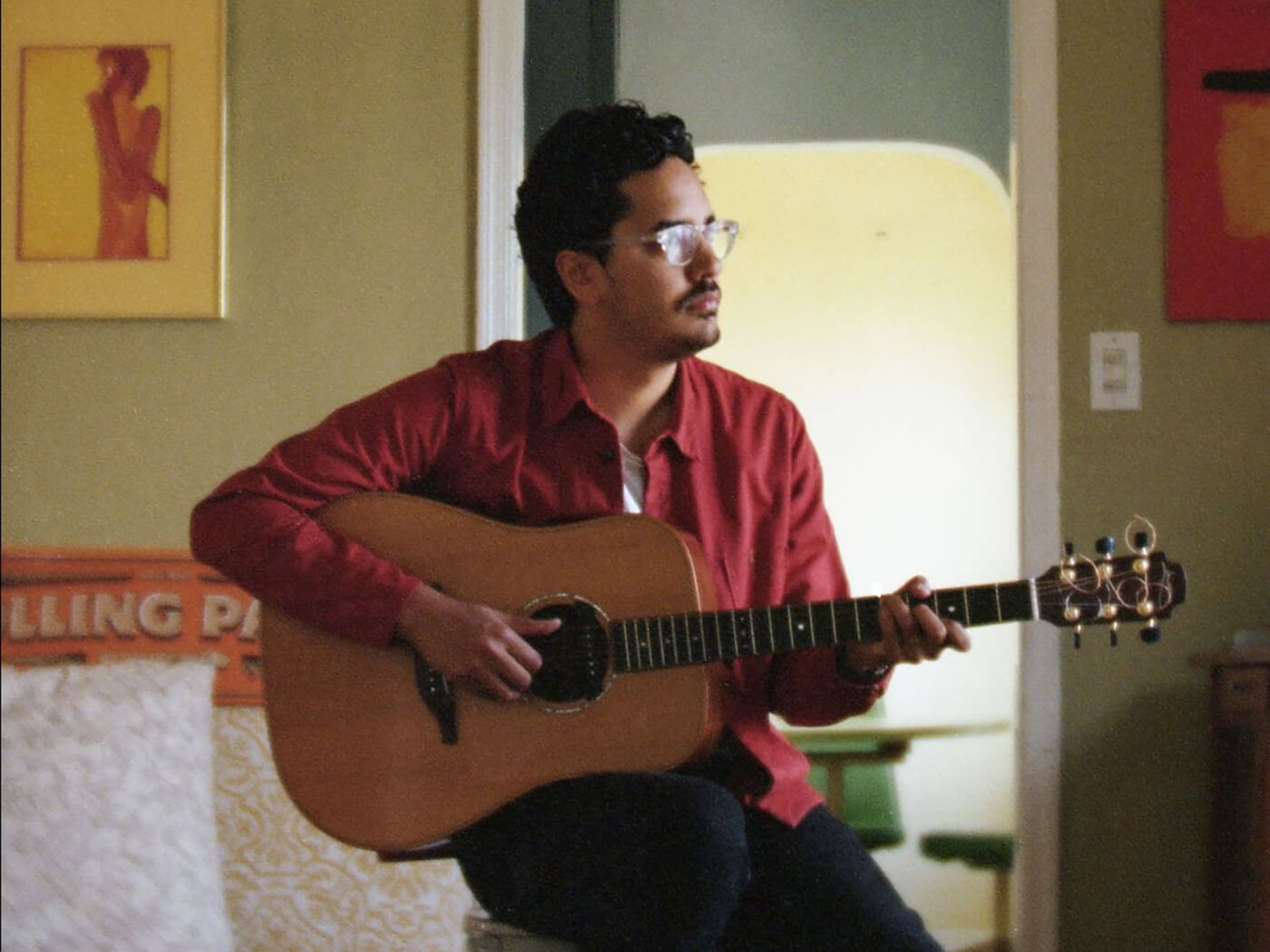 “The idea of making a record once a year to make ten or 12 songs shouldn’t really be that difficult,” he affirms. And in theory, he’s right. As a professional musician, what is there to stand in your way other than the music itself?

But as with many of his contemporaries, the old adage of the traditional recording industry is quickly becoming irrelevant and, in some cases, almost detrimental to the singular goal of releasing music to fans. “The thing that’s frustrating about this industry itself, or at least if you’re doing it in a more traditional way, is all the other fluff around it, like setting up the marketing and making sure that the press has it at the right time. That’s what tends to delay things,” he says.

Indeed, despite releasing his debut album on Parlophone in 2014, Sital-Singh has stayed loyal to independent record labels and focussed almost entirely on output, rather than pandering to old fashioned release cycles. “If you want to be cynical about it and you look at some of the stats on Spotify – people barely keep streaming until the end [of an album], they listen to four or five tracks and they move on. So, you start to think ‘Should I just do EPs? What’s the point in doing records?’ And then you go, ‘Oh yeah, but no one will write about it if it’s not a record!’” 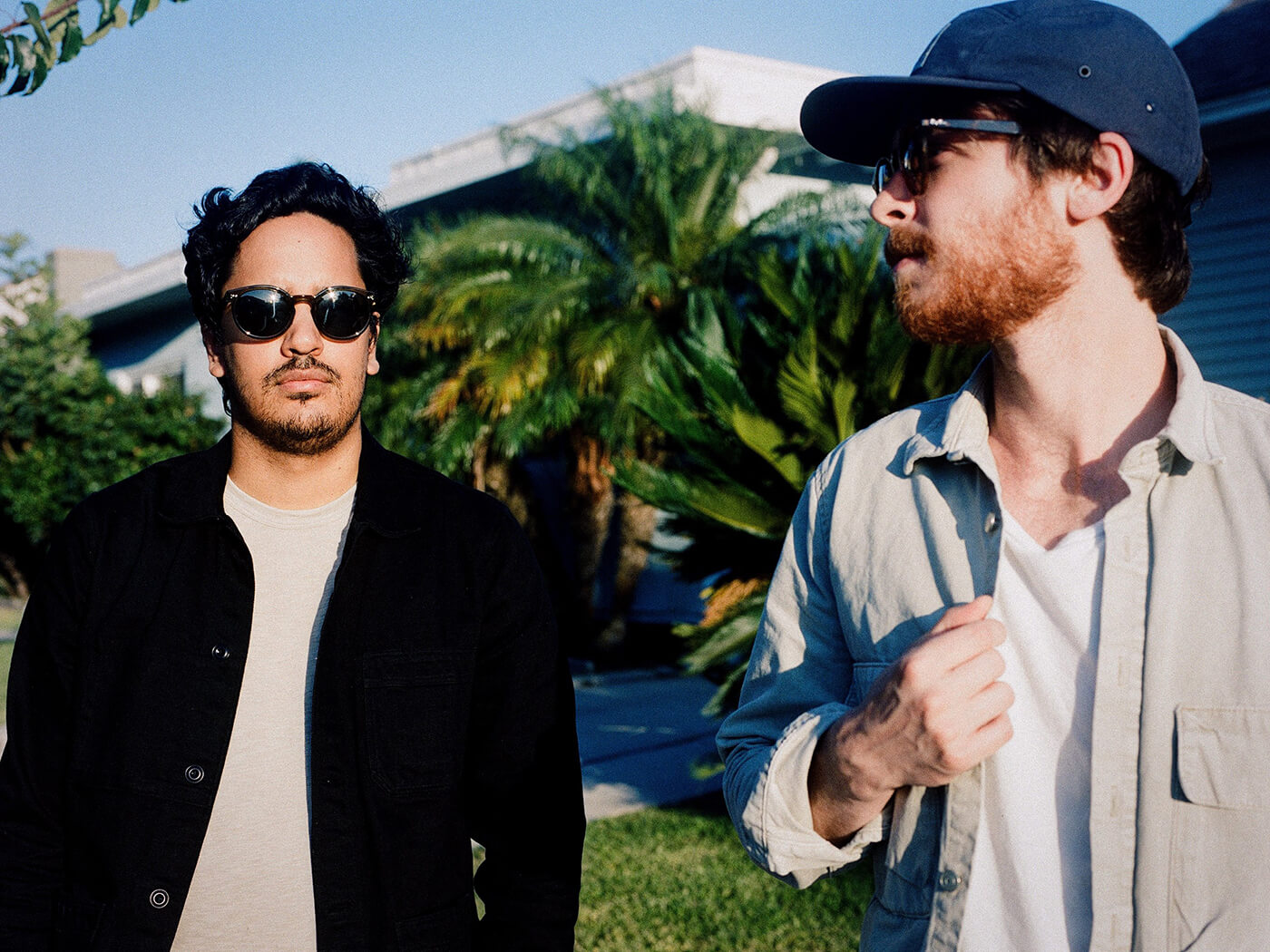 On New Haze, the Londoner-via-LA has come full circle. Whereas A Golden State was recorded at Jackpot Studios in Portland, Oregon – famously set up by Elliott Smith and utilised by the likes of REM and The Decemberists – and produced Tommy McLaughlin to create a “big and warming” album, using vintage ribbon mics and old Harmony acoustics, this new quartet of songs echoes the approach heard on his early Fail For You and Tornados EPs.

It begins with a characteristically sombre acoustic sound, helped along by the presence and depth of his beloved Lowden dreadnought, and doesn’t bloom into action until the two-minute mark, over halfway into the song. So, what pushed him to return to his tried and tested method of songwriting? “It’s sort of an advantage I just have,” he coolly admits. “I would happily put out whole records like that, really sparse, but it’s a question of am I confident enough to do that? It feels like a bit of a cocky move. Maybe not cocky, but obviously the sparser the song is, the better it has to be.”

His approach is the antithesis of the present-day pop music that dominates streaming playlists and the radio waves. The troubadour’s tried-and-tested method might not be as omnipresent as it was in the late noughties, but there’s still a dedicated audience that yearn for the heart-on-your-sleeve immediacy of one man and his guitar.

“When you listen to pop music now it seems to be every second of the song there’s something new, there’s something like, ‘Don’t turn it off, this is when that thing happens.’ I don’t enjoy that way of making music, whereas this EP feels quite natural to me. I’ve done a lot of EPs and I guess it’s quite a singer-songwriter thing to do anyway, you know, four-track things and then a record. It’s been quite a good format for my kind of music, which is pretty sad, let’s be honest!” 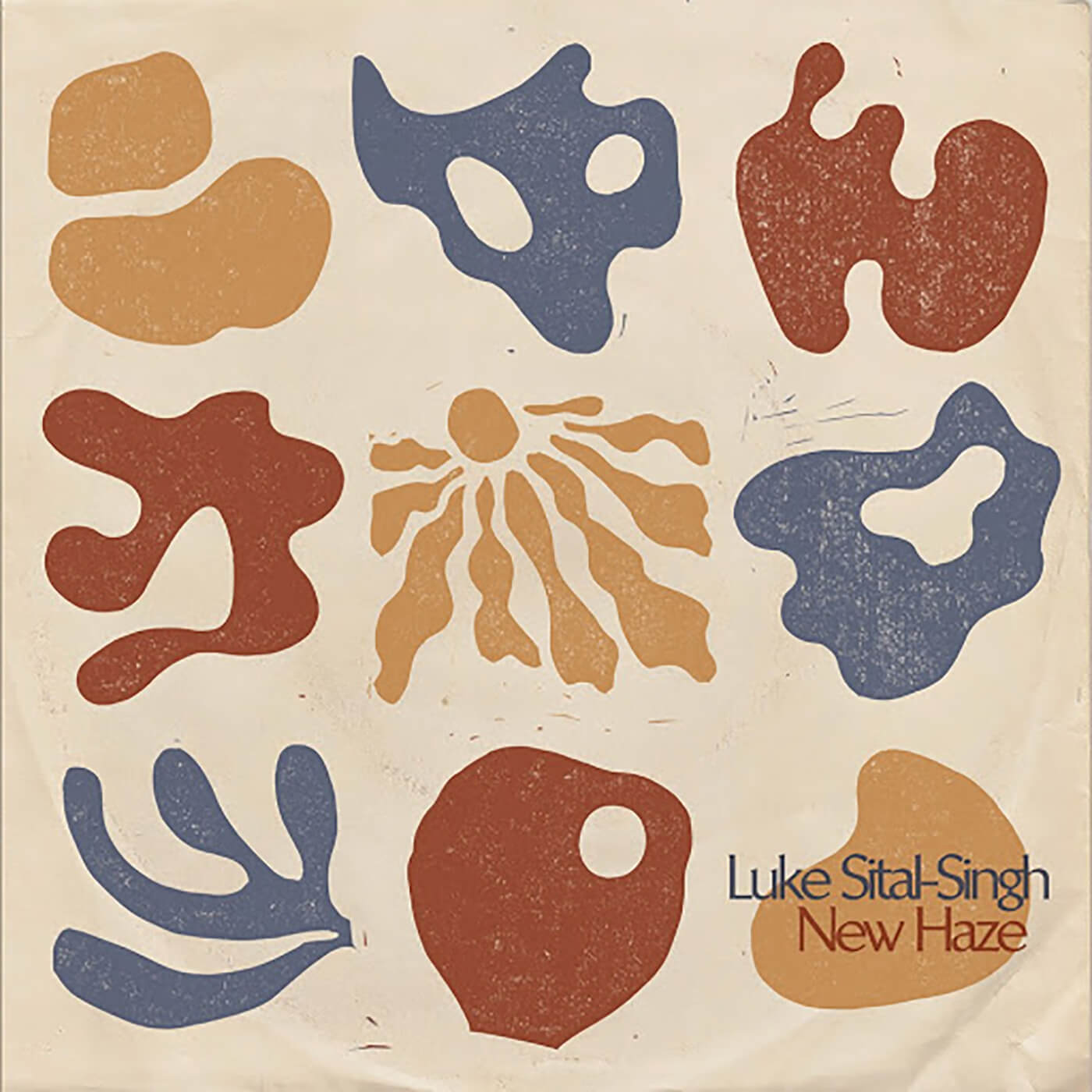 No stranger to collaboration, Sital-Singh penned New Haze with the help of Steve Aeillo, notable for his work with Lana Del Rey and Thirty Seconds To Mars, and long-time companion Matt Hales, famous for his time as part of Aqualung and as a composer who’s written with Lianne La Havas and Jason Mraz, amongst others.

“I have written with other people over my career, it’s not the first time I’ve ever teamed up with anyone. On my first record when I was on the big label, they were pushing it to go in with hit writers and stuff. That was my first introduction to it and that put a bit of a sour note on working with other people.”

However, since then he’s renewed his relationship with collaboration, due in part to the ease and removal of constraints that are tied in with writing songs that are intended for radio. “I’m definitely wanting to do more of that kind of thing, where it feels less like I’m working with some hit writer who knows all the answers.

“Music is collaborative, that’s part of what makes it fun. Songwriting can often be seen as this thing where you sit on your own in the dark and  come out with some incredible Leonard Cohen-style masterpiece, but sometimes it’s fun to share it and see what you can come up with together.”

While some singer-songwriters may treat their guitars as simple tools, Sital-Singh is passionate about quality guitars, and one artisan in particular, George Lowden. “I’ve used Lowdens for ages and Ian Archer, who produced my first album, introduced me to them,” he explains. “He had this old dreadnought model and I always loved it, but they don’t make it anymore. I remember one came up on eBay when I just happened to have enough money to go for it.” 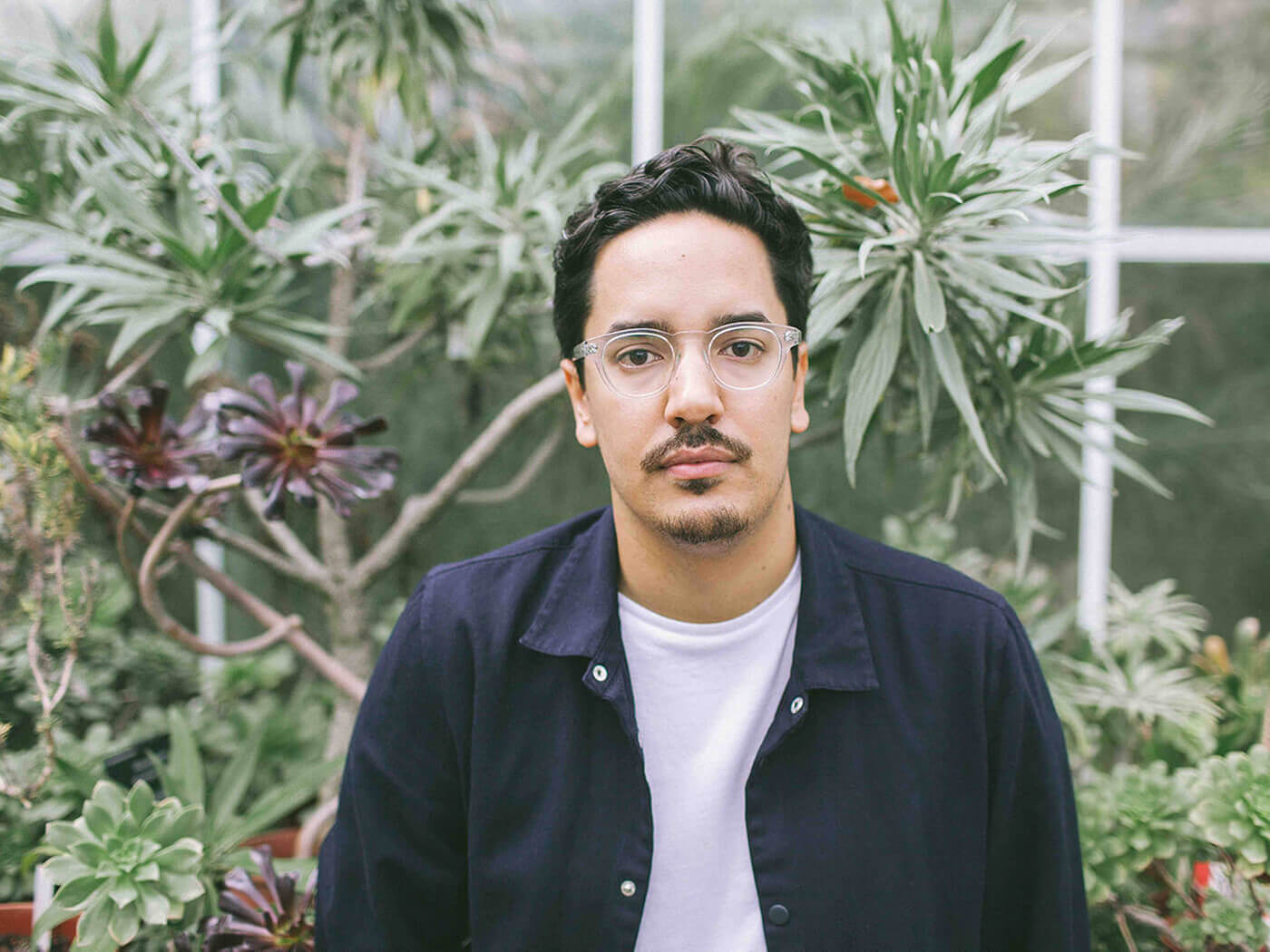 The guitar tone that stands out on the EP, however, is that heard on My Sweet Side. It has an unmistakable warmth and clarity that can only be achieved with a hollowbody. “Some of the tracks I recorded back in Ireland at Attica Audio with Tommy McLaughlin, who produced my last two albums. He worked on My Sweet Side and I really love the guitar sound on that. He’s got this big Hofner archtop and that’s going into a Princeton. That was a live recording. I really love playing that guitar, I might steal it off him.”

On Undefeated, the final track of the EP, Sital-Singh’s guitar work echoes that heard on Nick Drake’s infamous third album, Pink Moon, particularly the arpeggiated guitar work of Road or Which Will.

The guitar used was bought whilst on a sojourn through Chicago, and the acquisition was as quintessentially English as the late singer’s work. “I had to go to Chicago Music Exchange. I was tractor beam pulled towards this Gibson ES-120 thing. I didn’t know anything about it, but it was super cool. Then my tour manager at the time was like, ‘Oh no, you can’t just pay that. You’ve got to haggle.’ I thought, I’m English, we don’t do this!” 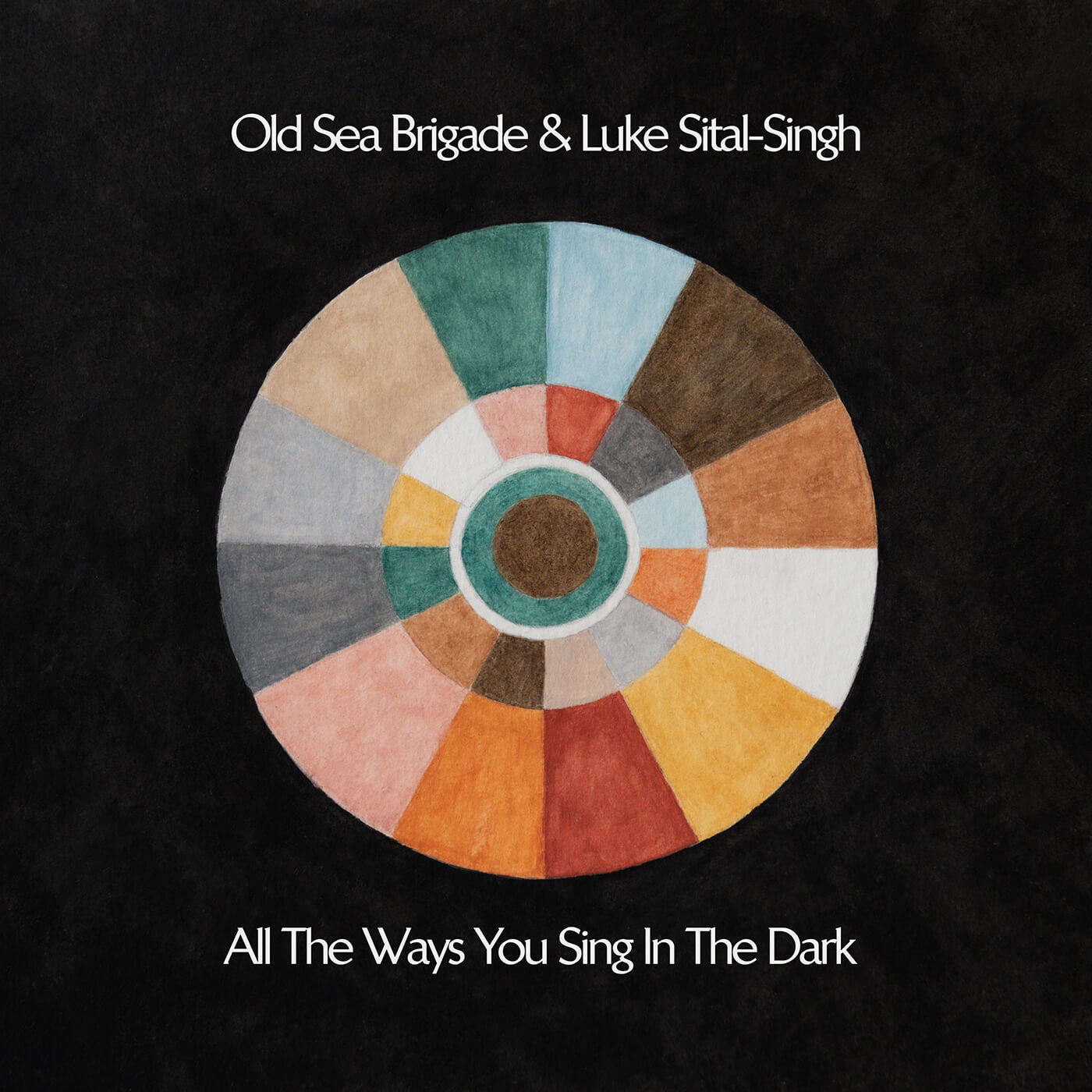 Prior to recording A Golden State and New Haze, Sital-Singh chose to uproot his life in Bristol for the warmer climes of Los Angeles. In doing so he’s opened himself up to working and composing with other like-minded musicians, but with that comes the dreaded positivity that’s usually adverse to his usual lyrical musings. “I’m not going to the beach and writing songs about Beach Boys types of things,” he laughs, “but there’s potentially a little bit of positivity trying to get its way in there somehow. I’m trying to kick it off.

“It’s so weird out here, and it’s really cool, but it’s also uncertain. I’m trying to do different things and write with other people. That’s more how it’s affecting my songwriting in general.”

Naturally, it has affected his work and following our conversation he announced another collaborative EP, this time with the Atlanta-based Ben Cramer, better known as Old Sea Brigade. Recorded in Nashville, it was written in just a week in Sital-Singh’s LA home last summer and nods to the Laurel Canyon renaissance of Crosby, Stills, Nash & Young. “It’s the purest thing I’ve made. I smashed down my walls, followed my gut, and trusted Ben. We were able to think about nothing but the music. It was pure enjoyment.”

Luke Sital-Singh is proof that there’s life and sustainability in musicianship outside of the confines of traditional record labels, and maybe even space to allow for that fleeting positivity.

New Haze is out now on Raygun Records. All The Ways You Sing In The Dark is out 28 August on Nettwerk Records.