Madison Cunningham on tackling grief in songwriting, and the end of the idea of the “female guitarist”

The Grammy-nominated Jazzmaster aficionado on tackling grief, the “Honda of gear”, the struggle of keeping a private life while writing from the heart, and a forthcoming signature pedal from JHS.

The buzz surrounding Madison Cunningham is getting increasingly harder to avoid. Hot off the heels from a European tour, a debut appearance on NPR’s critically acclaimed Tiny Desk, and a punchy performance on The Late Show with Steven Colbert, comes her new sophomore album, Revealer – showcasing her rapid and startling development as both musician and songwriter.

We last spoke to Cunningham at the very start of the pandemic, when it felt like the momentum generated from her first Grammy nod in 2020 (for debut album Who Are You Now) might be lost amid a year of cancelled tours and industry uncertainty, but the 25-year-old has shown no signs of slowing down.

Earlier this year she received a second Grammy nod, for her EP Wednesday – a record derived from the weekly covers she uploaded to her YouTube page during lockdown. It’s a record that displays not only her impeccable taste in music, with renditions of Radiohead’s No Surprises and The Beatles’ In My Life, to name a few, but also a steely drive to keep going.

And all the while, in the background, a her second LP was percolating, waiting for the right moment to arrive into the world.

“I worked on this new record for two years and there is this part of me that feels relief in thinking about it being out into the world,” Cunningham explains as she sits in her Michigan hotel room in early August, “but there’s another part of me that tenses up and gets nervous about people hearing new music”.

“It’s such a weird sensation when you only listen to the music you and your immediate team, and then its just available for the world. I think I’m a little bit split, and have nerves around it a little bit, like I always do.

“I’m not going to start to say to people, ‘Hey guys, check out my shit, it’s cool’. I do still and hopefully always will think that there’s a necessary piece to staying humble.” 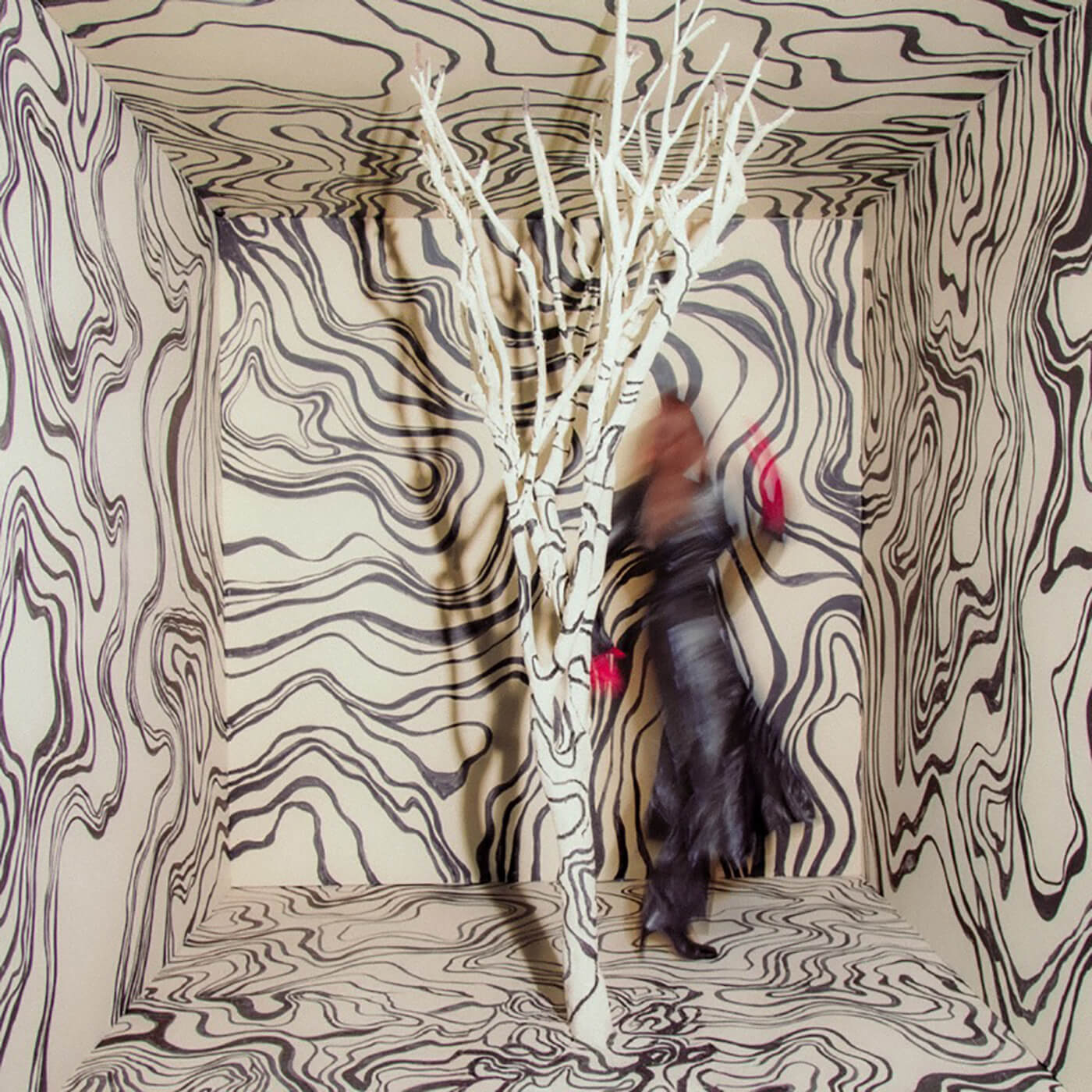 Taking grief by the horns

Cool, that shit undoubtedly is, however – Revealer showcases a confidence that betrays not a hint of the dreaded second album syndrome. In reality though, she admits that the experience of making album number two was “daunting”, while the well-trodden superstitions surrounding a sophomore record resulted in a lot of pressure from the people around her, and especially herself – not an ideal situation to mix with the stress and pressure of a global pandemic and the world shutting down.

“I just felt paralysed for a long time under those circumstances,” she confesses. “There wasn’t anything true or anything I wanted to talk about, and I just felt stuck in the state of the world and our city at the time. The last thing I wanted to do was write a song. I truly felt that way”.

The passing of her grandmother in mid-2020 was what allowed Cunningham to find the clarity she needed to fuel her writing. “It’s not the case that when something hard is happening I’m not usually able to internalise it and process it and write a song about it at the same time, and this time for whatever reason, it made a way for it to happen,” Cunningham reveals. “That’s when I started to get back into the writing cycle again, after her passing. It felt like there was a lot of perspective that I had to write with.

“Grief, I think is the impetus. I think grief is shining this light on everything else that’s living underneath. In this modern age we can all create this perfect distorted image of ourselves, and we have the tools to actually make people fall for that believe that and hitch their wagon to that. I wanted to challenge myself to give the honest portrait of myself, no matter how ugly it was going to be. Writing the record was hard for that reason because it was me grappling with those things about myself in real time, and it wasn’t fun.”

It is the balance that must be struck between weaving in subtle metaphors and being overly literal when writing about grief that proves a real challenge. “I was telling a friend recently that the thing I find myself waking up thinking about is, how much of a song do I say, and how much do I show?

“I talk about her TV chair and that’s a real thing and that TV chair comes with her. It’s little phrases like that can open up the portals to a deeper meaning, so there was a lot of that song where I didn’t think about it, I just spoke because if I thought to hard about it, it would have bred disingenuousness. I think that grief is a particularly touchy subject, and it can land on deaf ears if it is not willing to be a little bit brutal,” exclaims Cunningham. “Otherwise, it’s like yeah, yeah we all know we’re going to die, we’re all going to lose people.”

When it comes to gear, the guitarist expresses that she’s “not precious about it”, despite her longstanding relationship with the Fender Jazzmaster. “You know, I really don’t care – if I like the way it sounds, I’ll play it,” she affirms. “Although, the Jazzmaster that I own I feel very attached to that guitar because I’ve really worked it in and I understand it inside and out, and what it will give me tonally. So that one I lean on quite heavily, but I would honestly ditch it tomorrow if I found something that felt right.”

Finding something right yet reliable is evidently important for Cunningham, who jokingly refers to her trusty Deluxe Reverb Amp as the “Honda of gear”.

“It never dies out and it has enough wattage and head room for me to be able to balance the deep tones that are on my now baritone guitar,” Cunningham exclaims. “I kind of stuck with that and it’s what I’ve been sticking too and will for the next while I’m sure. It’s also easy to work with a Fender amp, you know that if it breaks down, you’re only a mile away from a new one.”

Cunningham is tight with JHS Pedals main man Josh Scott, who build her a JHS-heavy pedalboard a few years back, and in the years since she’s found little reason to veer from what works, though she does make special mention of one of Scott’s creations, the Emperor chorus/vibrato, which she sees as a cornerstone of her tone.

“It has a subtle warble that is almost cooler than a tremolo, with a beautiful motion to it and I just keep it on all the time. I think that’s where a lot of that familiarity comes from, maybe when it’s associated with my guitar”.

So wedded is she to the pedal’s charms, she excitedly reveals that she’s working with Scott on a signature pedal derived from the Emperor, named the Artificial Blonde. She won’t give too much away, but expect that same “warbly” goodness with an as-yet unexplored Cunningham twist.

Colouring outside the lines

Cunningham has always been a guitarist first and foremost, with a dextrous and angular style that sets her apart from the singer-songwriter set, but taking on some of the production duties on Revealer pushed her into thinking more outside of just the guitar in a way she found hugely rewarding.

“It was so fun to be able to put on the producer hat and be in that position,” she explains. “It just felt liberating to know that I didn’t have to think about just guitar on every single song and I can actually colour outside of the lines a little bit. It’s good to take risks on your second record as it sets a precedent of what you’re trying to do and where you’re trying to go. I don’t want to just be the guitar player that writes guitar player songs, I want to be the songwriter that involves the instruments that it calls for.”

Extending her guitar capabilities is still at the front of Cunningham’s mind, however. The percussive fingerpicking that made guitarists take notice on her statement single, Pin It Down is still present and correct on Revealer, but there’s new textures and moods, such as the swirling guitar journey undertaken on newest single In From Japan.

“It’s exciting to flip it on its head, and to know It’s not rooted in any tradition, it just sounds cool,” the guitarist gleefully states. “There were a lot of records I was listening to at the time that was very experimental and that was my favourite thing to do and to just use whatever walks across my path and feels great. I will use it and run with it and not think, ‘Am I using my Jazzmaster, is this me?’ I want to expand what is possible for the guitar, I don’t want it to just sound like a guitar all the time.”

We note that the intro of album standout Your Hate Could Power A Train doesn’t sound much like a guitar, she reveals the secret with unbridled glee, “It’s not a guitar, it’s actually a ukulele!” she exclaims.

“I had this DigiTech Whammy pedal that can change octaves and keys, and I have this ukulele that I always jokingly bring with me to scare people. So they say, ‘Oh no what’s this female guitar player going to do with this ukelele?!’ But it’s really fun because this ukulele actually has a pickup, so I plugged it in and digitally altered it a full octave down, and then played it and added some effects on it. It will definitely not be that when I play it on the road at all, but it was really fun to do.”

The term “female guitar player” can cause of a lot of angst for women who play the guitar, often belittling the work that it takes to become a professional musician, or making it seem like an exemplary achievement for a female to reach that level, and Madison Cunningham is no exception.

“Yeah, I think being called a female guitarist is dumb,” she exclaims in response. “I get crapped on all the time on social media just because I am a woman holding a guitar. It doesn’t matter how I sound or how fast I can play or how good my tone is. I still get that male hate, and its culture that has set that precedent.

“It’s not that important that you mention you are a female guitar player. I want it to become less and less of a feat, you know? Work is work and putting effort into what it is and what you want to do requires all your attention and joy. We need to move forward and stop talking about this otherwise I’m going to start calling them male guitar players!”

Madison Cunningham’s Revealer is out 9 September on Verve Forecast.