Meet Chubby & The Gang, the most important new punk band in the UK today

Tom ‘Razor’ Hardwick and Ethan Stahl discuss the importance of playing as loud and as hard as you can and the influence of Motörhead.

Razor: “I got an electric guitar for Christmas when I was around seven years old. A junior Strat copy thing, I think it was a Cort. I used to pick it up and tinker around on it but couldn’t get the coordination down as it was right-handed but I’m a lefty and I’d assumed to play it upside down. Anyway, it was proper uncomfortable, so I flipped it the other way and it just clicked. I play right-handed and I should’ve all along! I taught myself and been playing ever since.”

Ethan: “I first got into playing guitar through my uncle Joe, he would come over to my mum’s and we’d have a guitar laying around the house, he’d pick it up and play it. I thought it was cool as! Plus, I was getting into bands like Nirvana at the time and I thought it looked like a fun thing to do. So, he showed me a few things and that was it, I haven’t stopped playing since. Not sure how old I was but I was pretty young at the time.”

R: “My main guitar is a 1994 Fender Deluxe Strat. It’s a prized possession to me. I use a treble booster, which I bought cheap. It’s a Dallas Rangemaster clone. Other than that, just a tuner. I am after a Boss EQ though to switch out for my treble booster at some point.”

E: “My main guitar at the moment is a Fender Tele, a 50s Vintera I believe, it’s based off the 50s Teles anyway. Looks cool as and plays amazingly, sounds incredible when played quietly or with high gain; what’s great for playing in this band. At the moment I’m not using any pedals apart from my tuner really [laughs] and I’m playing through whatever amp they have at the practice space.”

R: “I play predominantly rhythm, and I’m fond of Ronnie Wood, Wilko Johnson, Malcolm Young and the like. I was a drummer first so have always approached guitar from a percussive angle. I’ve only just learnt how to hold a pick over the last few years as I only ever used my hands, too.”

E: “My sound is inspired by guys like ‘Fast’ Eddie Clarke, Johnny Thunders and Angus Young. Simple, loud Marshall-style high gain tones! I’d say my approach to playing is methodical in the way that I’m always thinking about what I’m playing.” 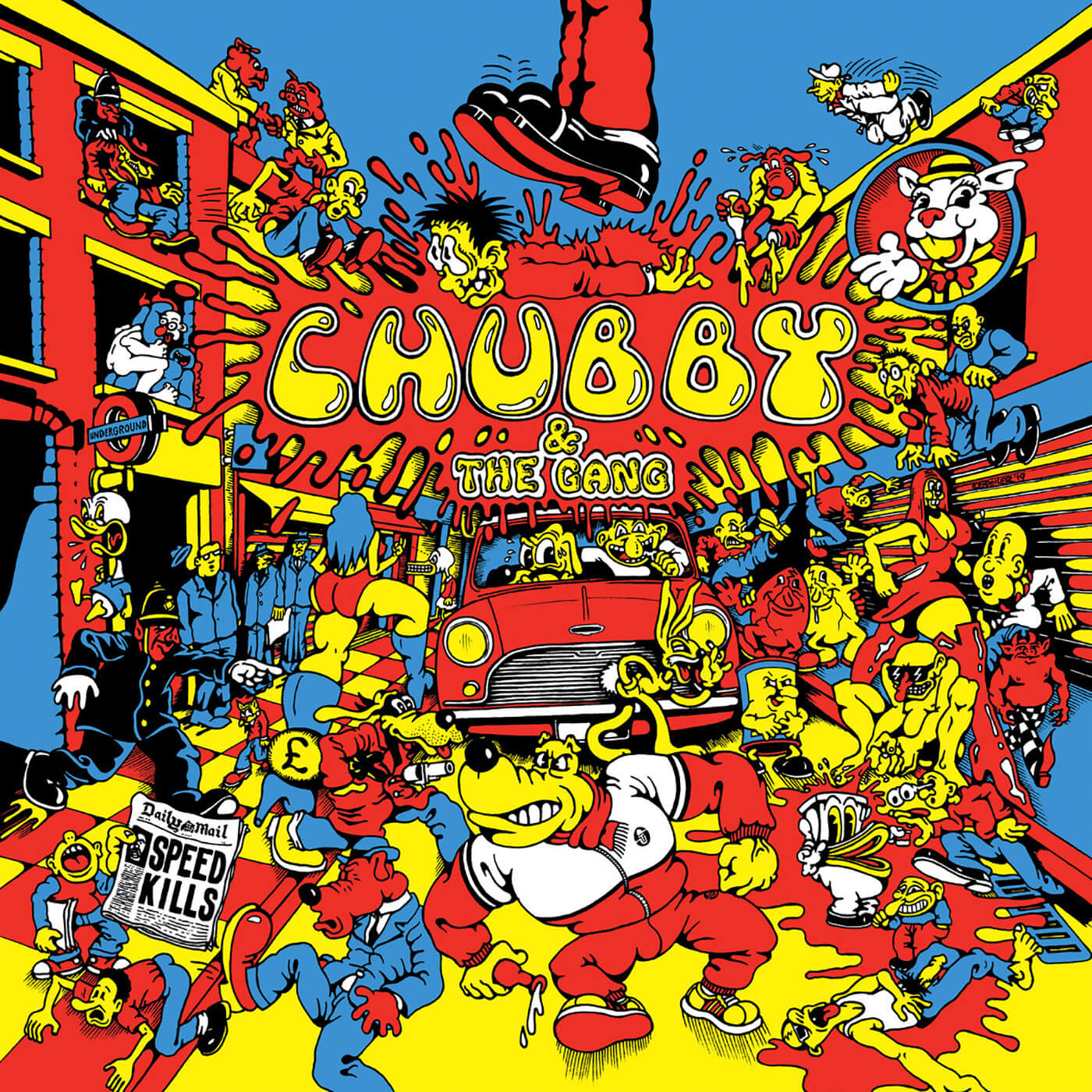 Your debut LP moves between NY-style punk, Mötorhead-inspired muscle and British wit. How did you determine that stylistic approach?

R: “Listening to punk and Mötorhead and being a witty cunt seemed to just come naturally to Chubby.”

You also worked with Fucked Up’s Jonah Falco. How did his influence impact the recording process?

R: “There’s no one word to describe Jonah and the impact he’s had on the band. He helped me hone my playing style, sound, and my approach to writing and recording. His enthusiasm made me feel like what we were doing in the moment was something special and absolutely worth it, as if we were born to do it. If there’s ever a better teacher, kicker-up-the-arse or music wizard, let me know because you’d be hard pressed to find ‘em.”

The Speed Kills LP was recently re-released on Partisan. Did you make any changes to the album before it was relaunched?

E: “We had it remastered and included an additional song, Union Dues, which was recorded during the Speed Kills session. The back cover and insert were also changed, and deluxe copies came with a colour-in-cover and a pack of crayons.”

Live shows of yours are both intimate and visceral. Is this something you have to rehearse to really nail?

R: “We’ve all played in punk and hardcore bands for years prior to this so we feel quite well practiced in that respect. Sometimes we play to 20, sometimes to 200, in venues ranging from pubs to squats to clubs with actual monitors and gear mic’d up. Playing shows with CATG is natural and comfortable and honestly, it’s where I wanna be 100% of the time.”

“I’m fond of Ronnie Wood, Wilko Johnson, Malcolm Young and the like. I was a drummer first so I have always approached guitar from a percussive angle”

E: “I don’t think there’s any way you can rehearse a live show in a practice room. I think just go out and play the hardest you can and hope for the best. Balls to the wall!” 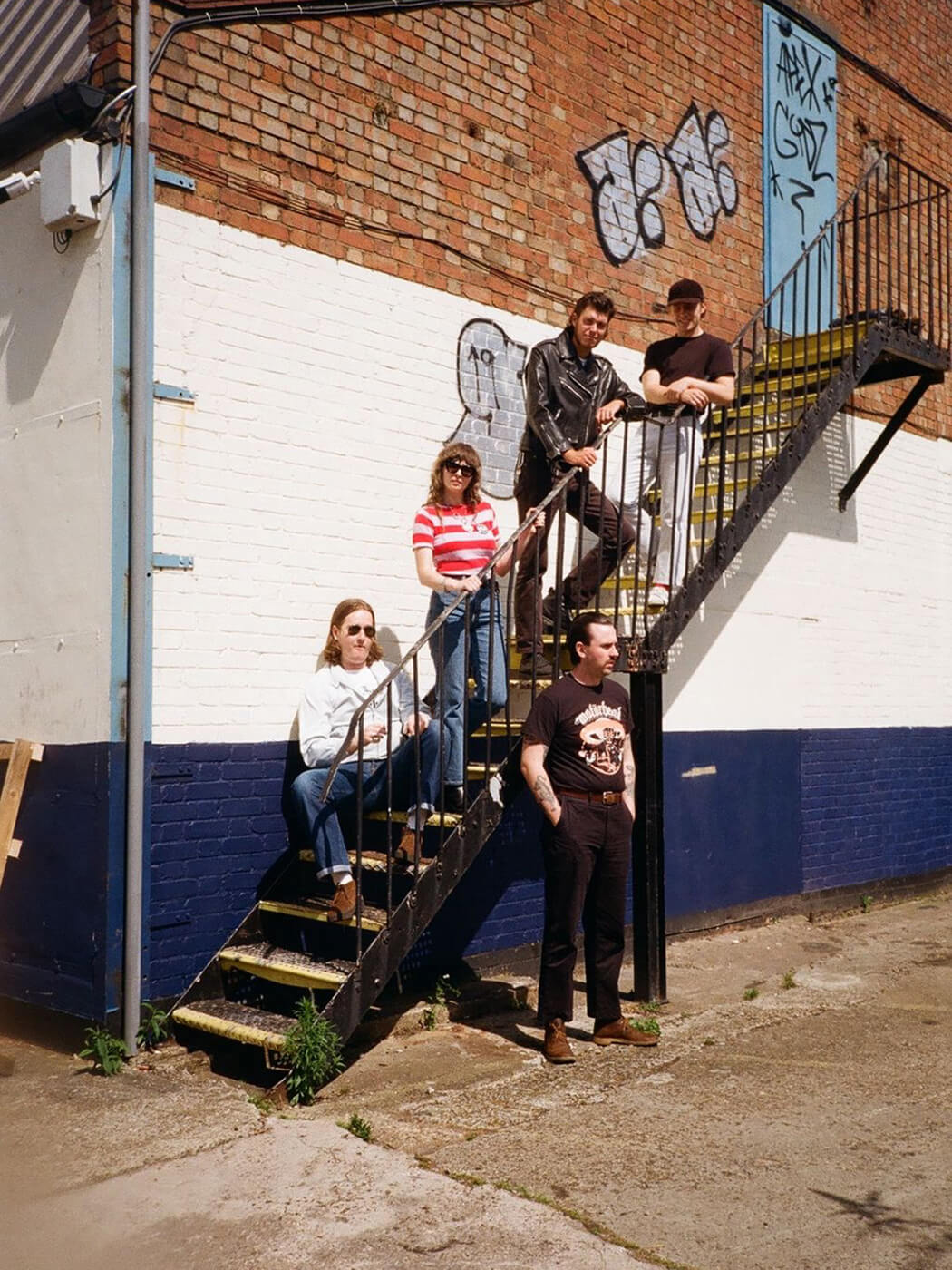 R: “I’ll still be with this lot writing and touring, probably. At this point maybe we’ve got into pyrotechnics and Joe’s [drummer] arms have finally fallen off from playing too fast.”

E: “Hopefully we will still be on tour then, putting out records and hanging out full time.”

Speed Kills is out now on Partisan.