Buzz Osborne on four decades of Melvins: “Once I stopped thinking I had to do things a certain way, the whole world opened up to me”

The Melvins mastermind, aka King Buzzo, talks influences, legacy, and embracing new approaches and instruments as the band that inspired Nirvana, Soundgarden and a whole generation of musicians wheel into their 37th year.

“I don’t really see the point of recording a bunch of stuff I can’t tour,” Buzz Osborne says matter of factly when asked if he’s had more time to work on music recently. “But we have a new album coming out this month called Working With God.”

It might seem like a bit of an odd way to promote your upcoming album, especially in the overly-cautious media trained age we find ourselves in, but Buzz Osborne has never really cared what anyone else thinks.

The Melvins frontman has always done things his own way, set his own rules, and trusted his own judgement when it came to what was good or not. As such, he’s always been something of a trailblazer in his approach to guitar playing and songwriting, with Melvins being a noted influence on Kurt Cobain, Soundgarden’s Kim Thayil, Tool’s Adam Jones, and pretty well the entire 1990s alt-rock scene and beyond.

And it’s this stick-to-your-guns mentality that has underpinned Melvins’ 37-year-long career to date, and earned them a reputation as one of the most prolific, fearless and hardworking bands around.

Coming to 2021, though frustrated with the state of the world and the lack of touring opportunities, Buzz is mostly content and happy to see the release of Melvins’ 29th full length, Working With God – their second release with original drummer Mike Dillard as what’s colloquially known as Melvins 1983. At the same time, he’s also happy to talk about anything and everything else. 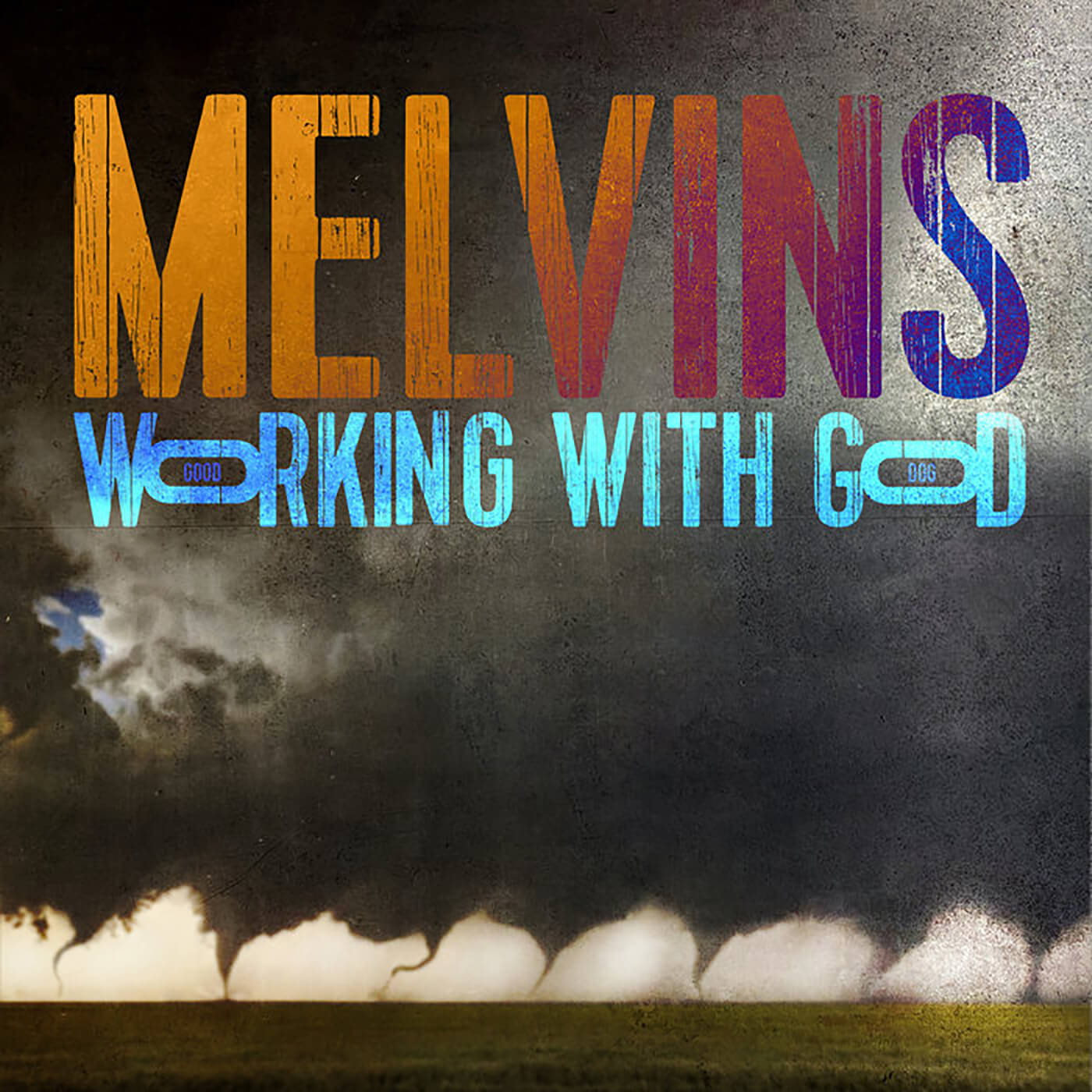 How are things going for you right now?

“Well, you know, not very happy about the whole shutdown and all that stuff. I’m used to working. This is the longest… It’s almost a year since we played a live show. But what are you going to do? We have a new album coming out, and we’ve been working on the Melvins TV live streams – we did one on New Year’s Eve, another on Valentine’s Day and we’ll have another one celebrating my birthday, coming out in probably April. So we’re doing what we can.”

Working with God, is a really fun record though…

“Yeah, we’re laughing through the whole thing. We did it with Mike Dillard, he’s a full-time union machinist by trade. He has a family, kids at home all that and so in order for us to record and things like that, Dale [Crover, regular Melvins drummer] and I would get the songs together and send them to him. He would fly down on like a Thursday night after he worked. Take Friday off, we would go straight to the studio, work over the weekend and he’d fly home on Sunday. So that’s a lot of fun. I mean, it’s a really fun thing to do, because he’s such a great guy, and we get along with him so well. And it’s also fun for him, because it’s not something he ever would have thought he would be doing.”

It’s hard not to smile when you hear I Fuck Around [an expletive take on the Beach Boys’ I Get Around]. Sometimes the funny side of Melvins is kind of lost on some people.

“Our influence, from people like The Fugs, is massive and I think that’s lost on people. But y’know, we’re a strange band. What would The Fugs think about the Beach Boys parody… they’d think was hilarious, and that was really hard to record – that took us a long time. We struggled over that to get it to sound that way, as authentic, and get the vocals right and all that. It was a pain in the ass. We worked really hard on that and it just blows by and people say, ‘Oh… stupid’. Okay, you can think that. But I generally don’t work that hard on something I think is stupid… But we thought it was hilarious.”

It’s surprising when people find something Melvins do surprising, because you’ll do anything…

“Yeah, I just want to say to them, ‘Why don’t you just let me do the driving?’ We’re not a perverse band. Like, we’re not just doing things to be weird. We behave in a way that we would appreciate as fans of the band, if we were fans. Andy Warhol had this quote where he goes, ‘When you do art, you do it, you let it go. And while people are deciding whether it’s good or not, you’re making more.’” 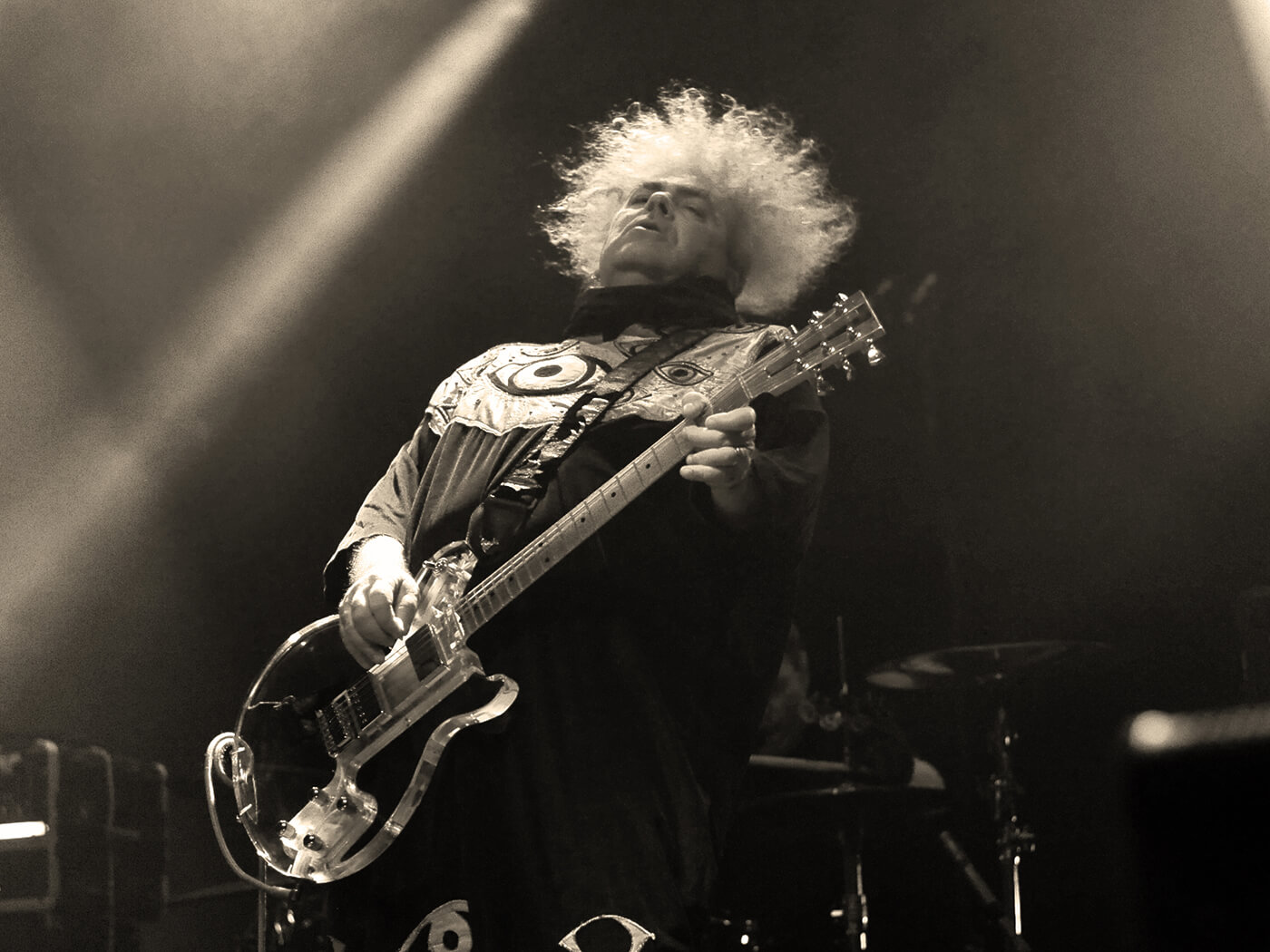 You’ve never really had an unproductive period, have you? Like even when you were signed to a major label and probably had more obstacles in terms of how frequently you could release you’ve never really stopped…

“Well, no, they gave us a very little direction. We had no problems with them [Atlantic Records] at all. If I could do that being that same deal again, I would do it quickly. They were easy to deal with. I had far less trouble with them than I’ve ever had from an indie. They did exactly what they said they were gonna do, and their checks didn’t bounce. And those records came out exactly how we wanted them.”

It’s coming up to 30 years since then, what was your experience kind of being around all that stuff in the early 90s, was it basically like a feeding frenzy for all those labels trying to find the next big ‘grunge’ act?

“That’s it, 100 per cent. And those bands all got massive, but that stuff was far more palatable to a record-buying public than our stuff ever was. Not that I expected millions of people to buy our records – people should buy our records, but I never thought that they would. I wouldn’t have been against it, I wasn’t beavering away trying to not have that happen. But I also wasn’t slaving away wondering what it is that would make it to where I could be like the guys in Soundgarden. I just never thought that was possible. It seemed absurd to me.

“And I never was jealous of their thing or thought that what they were doing, you know, it should be me. I always viewed their success and Nirvana’s success, and the fact that they talked about us as influences on them – I felt that was a massive compliment. And so our music in a way, to them especially, had an impact on a global level. We changed music on a global level, because without us those bands wouldn’t have thought the way that they did. And I was very happy about that. 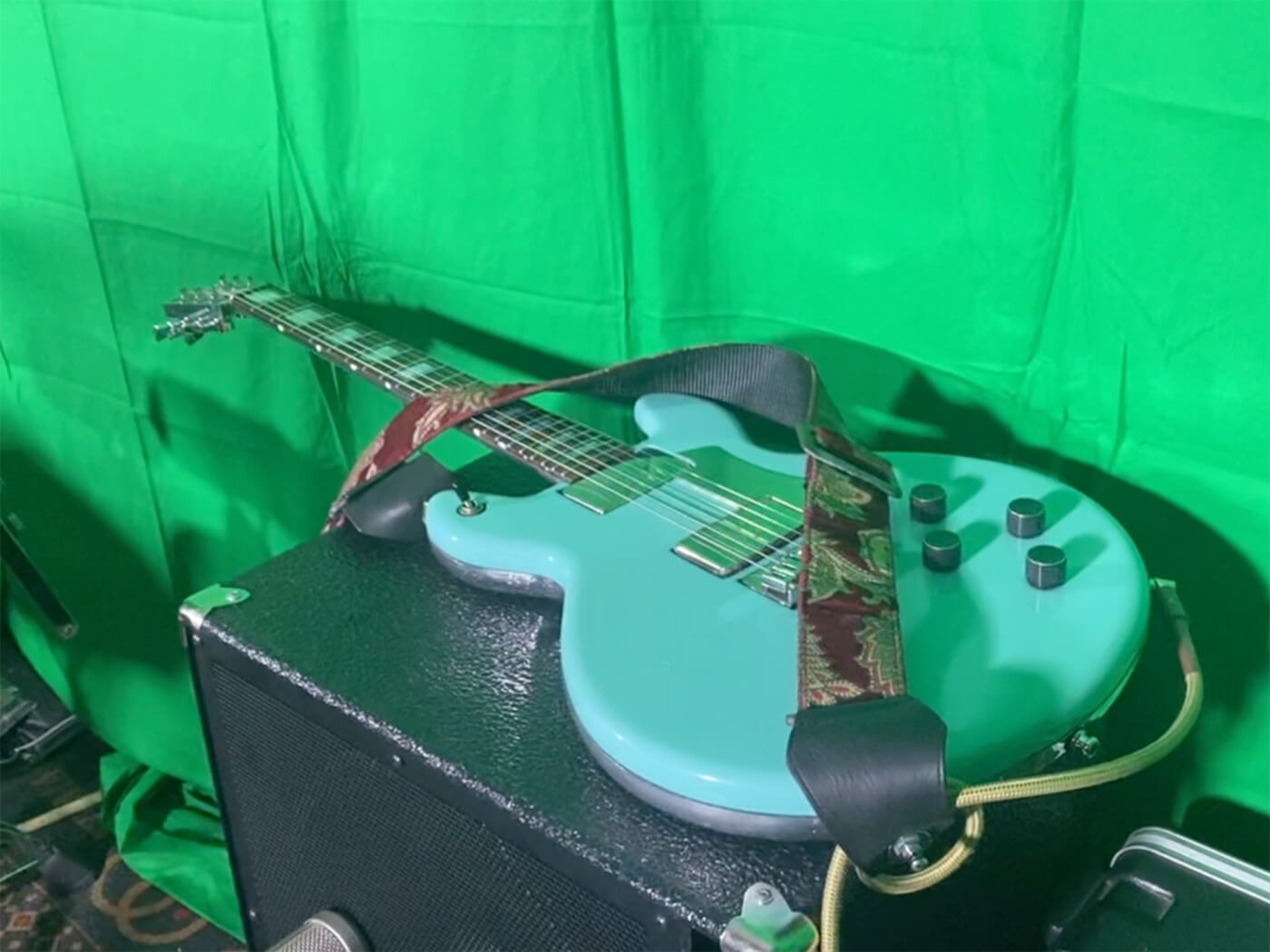 “And it’s difficult for me to just get over that and just sit there and go, ‘Well, let’s just look at the good times’. I can’t, it’s not possible for me to do. I would much rather have somebody like Kurt Cobain be completely unsuccessful and alive than successful one day. We were friends first. So him being dead just puts a cap on that story that I’m not going to ever get over.” 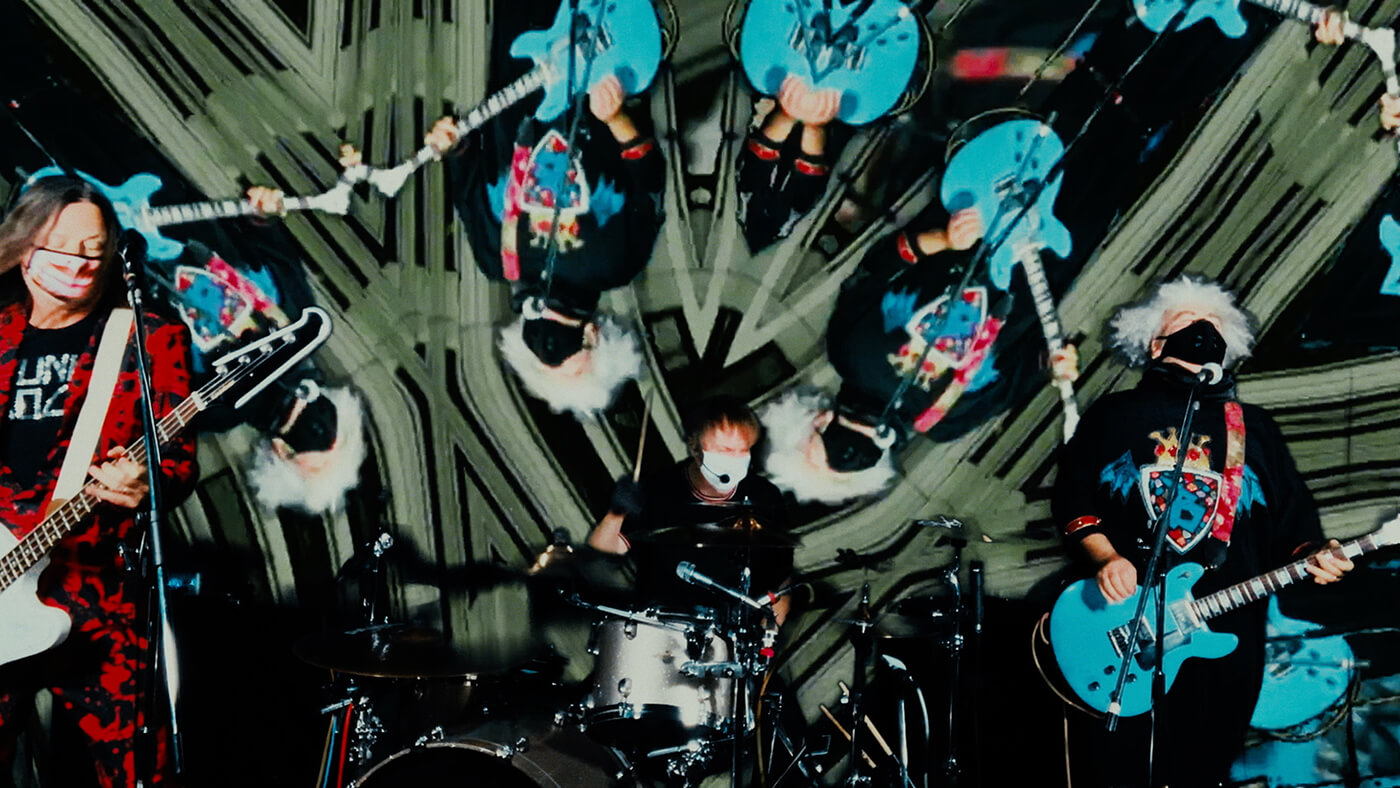 Do you think that maybe the amount of money around and pressure being put on those bands to release hits ultimately caused the downfall of a lot of those bands?

“My experience was that bands that are getting told what to do by the label are going to them and telling them, ‘We’ll do whatever it takes to make it’. But in our contract, we said that we have 100 per cent artistic control of what we’re doing, it was written into the contract.

“So, if I could sign a contract like that, a band can sign any kind of contract they want. What happens is, especially if they have any kind of success, they want to get more of that. They want to conquer the world. I can look at it and go, ‘Okay, we have a certain level of success here, we can make this work, we can do really well on this level.’”

You’ve always done things your own way, and that comes across in your approach to the guitar, whether it’s your playing or the gear you use…

“In terms of what I like, I am completely opposite in a lot of ways to other people, I’m not a vintage guy. I’ve always thought new guitars are better. People argue that all day long. It doesn’t mean I think vintage guitars are horrible. But it doesn’t change the way I make music. I switched to solid-state amps a long time ago because I got sick and tired of replacing power transformers at a time when I couldn’t afford it.

“And so I got used to solid-state amps and they sound great. And people are oftentimes amazed at how good my stuff sounds when it’s all solid-state and brand-new guitars. Once I got over the hump of thinking I had to do it some certain way then it seemed like the whole world opened up to me I could do whatever I wanted. 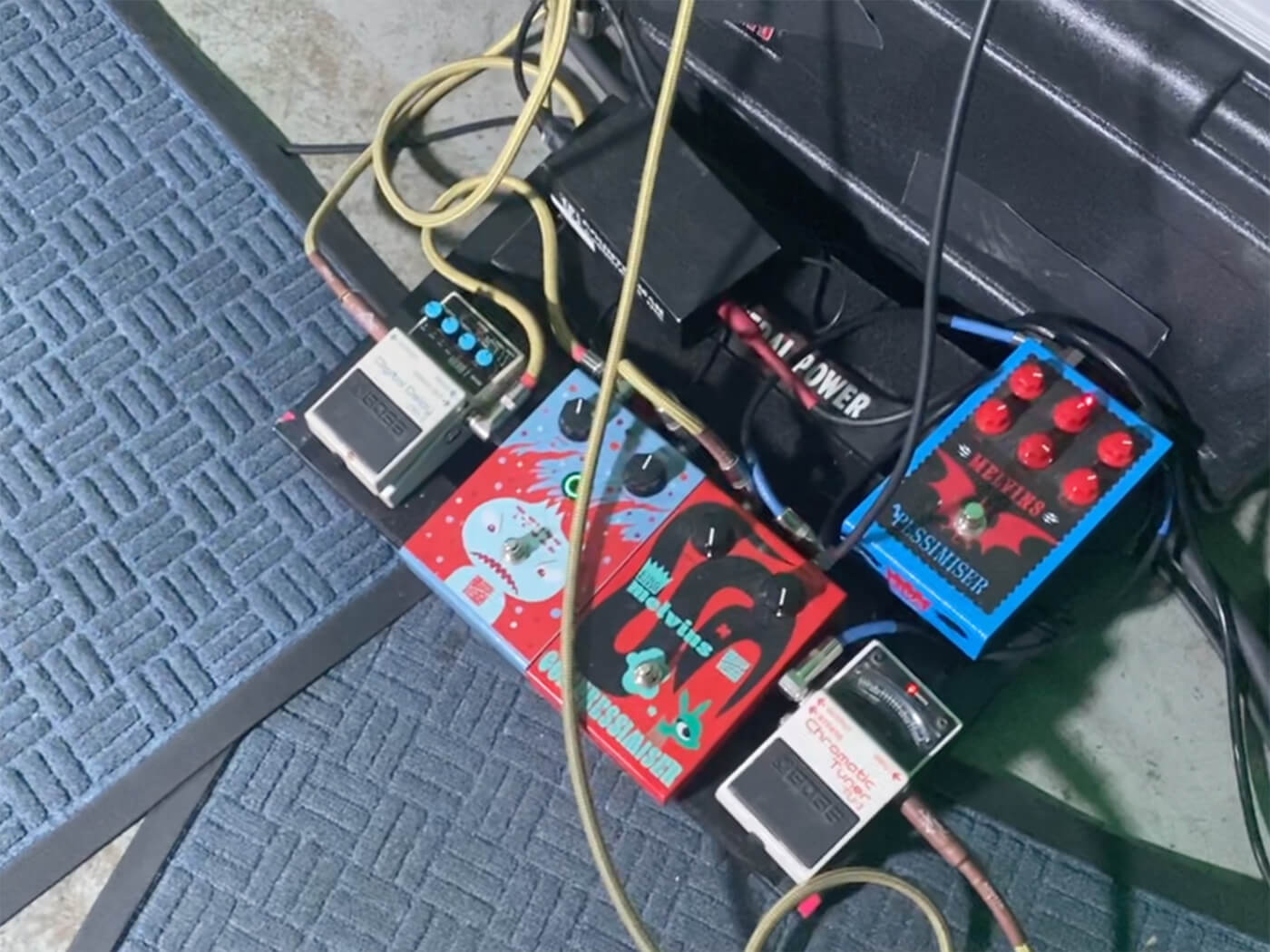 People just have weird perceptions. They come up to me and tell me they like the Les Paul sound on Stoner Witch. I mean, I play Les Paul on some of the album, but what song? They’ll go, “Oh the Les Paul sound on the song Revolve.” Well, that was a Jackson and a Mustang, and I played the solo on a Stratocaster. Totally wrong. I love that stuff, though.”

What’s your set up look like at the moment?

“I use a Hilbish guitar preamps through Crown power amps at the moment. I use the Electrical Guitar Company guitars, and we have a bunch of his guitars. He does all aluminium or hybrid wood and aluminium. And he also does acrylic and aluminium as well. I’ve never played any guitar like that. I also play his Travis Beans. He’s got the right to make Travis Beans and has made new Travis Bean pan backs, which I think are unbelievably amazing. They’re all aluminium with a wooden top and a wooden fretboard.

“There’s always new innovations. We use these cabinets by Barefaced Audio. A guy from the company brought some to a soundcheck for a show we did in Brighton, England once, and they were unbelievable. They weigh nothing. And they’re the loudest cabinets I’ve ever heard. I bought them on the spot. It’s the biggest step forward in speaker technology I’ve ever heard. There’s new stuff all the time. Don’t get bogged down.. try the new, it’s great.

Working With God is out February 28 on Ipecac Records.