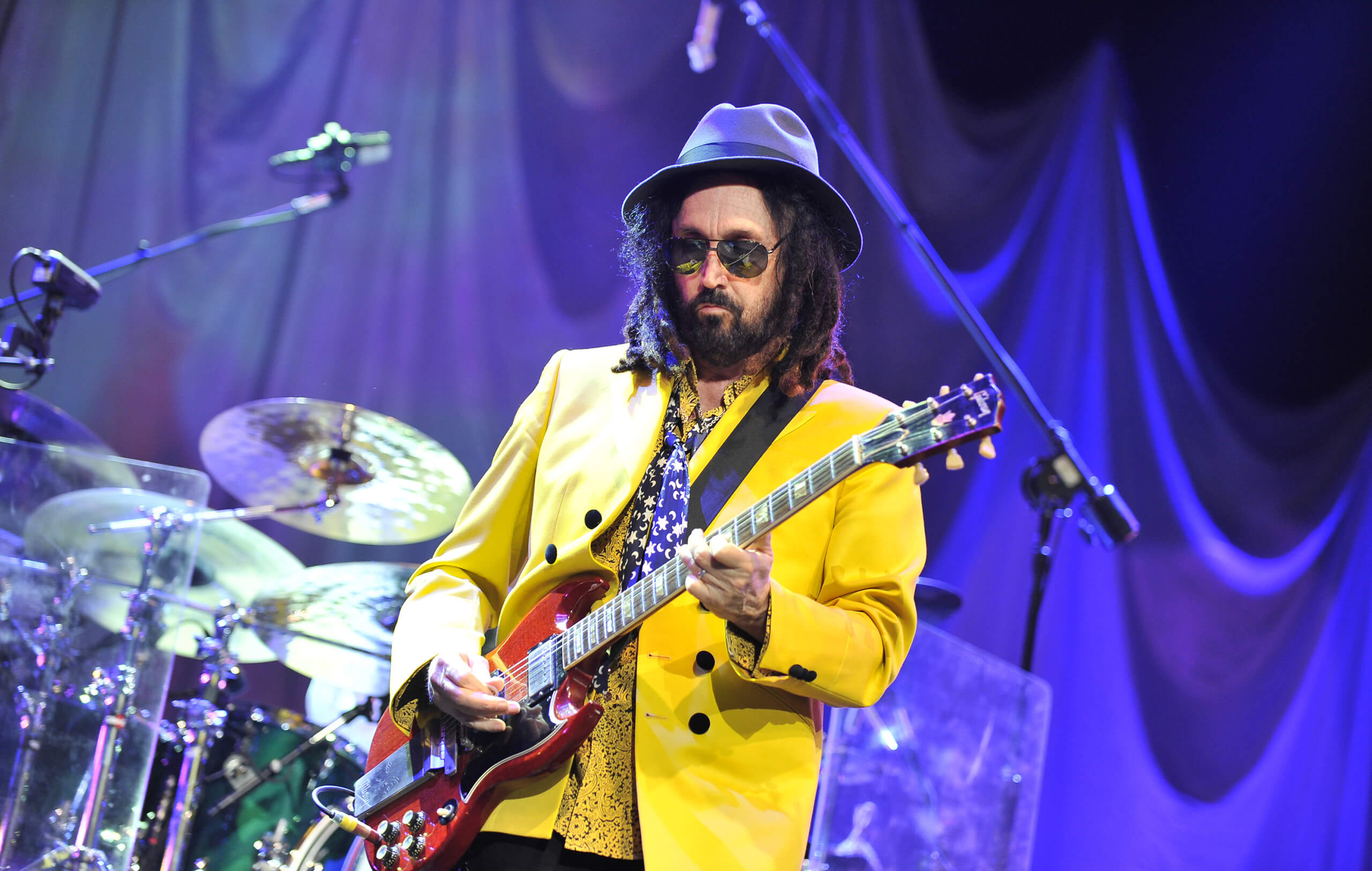 “The Heartbreakers was a band full of love”: Mike Campbell on life without Tom Petty, and revisiting his secret surf record 20 years on

The Heartbreakers guitarist on why after 20 years he’s finally putting his name to faux-‘pioneering surf band’ The Blue Stingrays, the pride he now feels looking back on the music he made with Tom Petty, and which one guitar in his jaw-dropping collection he always remembers to put back in its case when he’s done.

Mike Campbell has played on plenty of songs that lend themselves to the open road. In fact, if there’s ever been a better band for that particular soundtrack than Tom Petty and the Heartbreakers, they’d have to go some. But a life spent traversing the blacktop also means that there will be a fair number of diversions, planned and accidental, along the way.

Released anonymously in 1997, the Blue Stingrays’ one and only LP is one of the more curious detours marked on Campbell’s map. When Surf-n-Burn emerged through Epitone, a dressed up version of the punk mainstay Epitaph, the Stingrays were touted as a pioneering surf group lost to history, not as Campbell and members of the Heartbreakers, and Petty’s pre-Heartbreakers band Mudcrutch, tooling around over the course of a weekend.

A couple of decades on the curtain has been lifted and, with the record recently reissued on vinyl, we can accurately attribute the collection’s seamless melodic assembly to Campbell, bassist Ron Blair, and drummer Randall Marsh. “A lot of it has to do with Brett Gurewitz over at Epitaph,” Campbell recalls from his home in California. “I met him at some show and he said he’d seen the Heartbreakers, and we did a surf instrumental in the set. He said, ‘Did you ever think about doing a record?’ And I said no. But he said, ‘Well, if you ever do, let me know.’ So I thought it over and then we did it one weekend in my home studio.

“We just started recording, making stuff up on the floor. We had a blast doing it and got some good sounds. When I had enough tunes I called Brett, sent it over to him. He loved it. He came up with the concept that we would create an anonymous band, and there’s a whole history behind that which is kinda comical. He decided to put it out for fun, really. We never took it that seriously, but a lot of people liked the record. I guess after 20 odd years it finally recouped.” 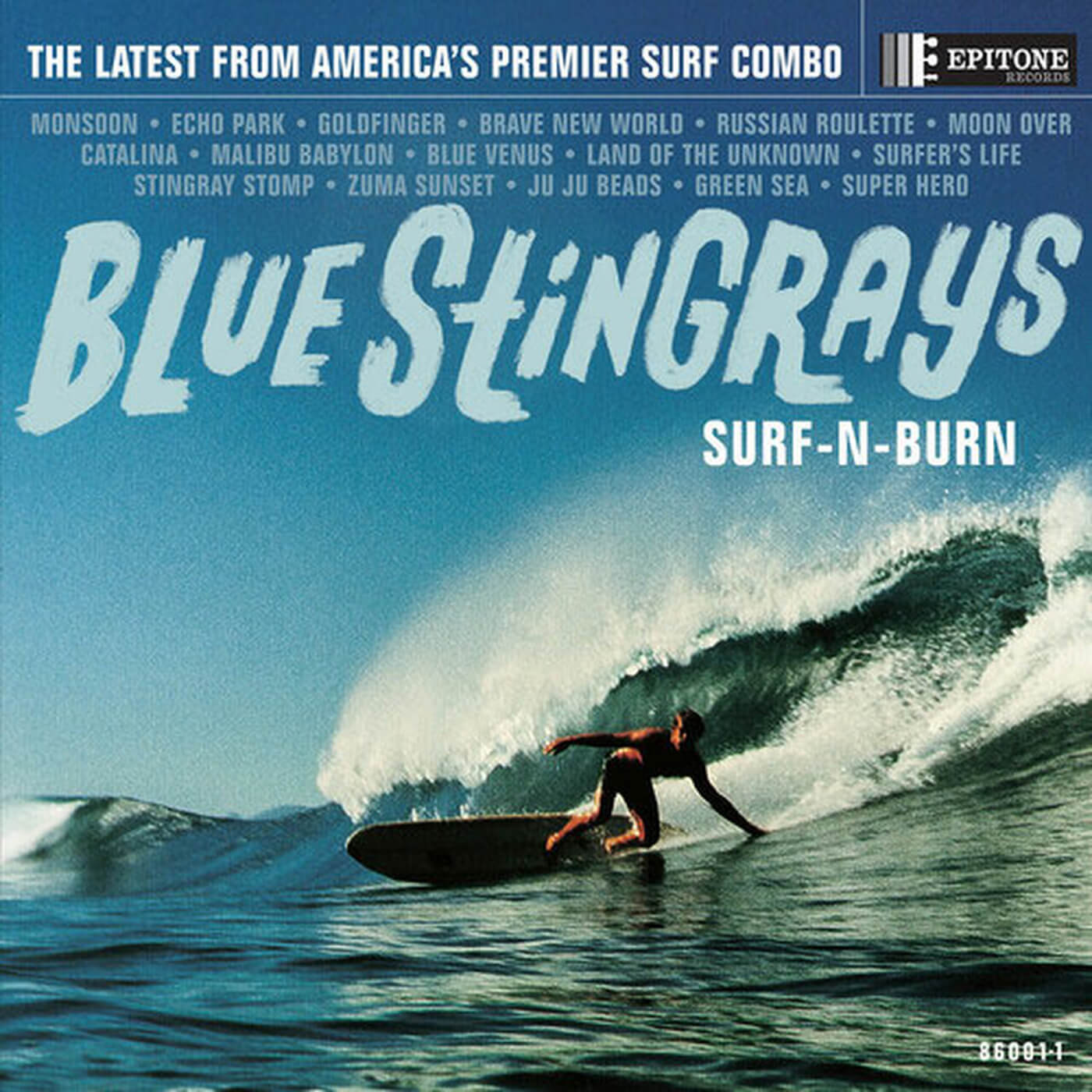 It’s funny how well, and how easily, a student of the British Invasion and American blues slips into surf mode. Aside from his cast-iron hook-writing abilities, there’s little in Campbell’s catalogue to suggest that this lane is one that would suit him. “​​I’m not really a surf-rock aficionado, but one of the first songs I learned was Walk, Don’t Run by the Ventures, and Duane Eddy I liked a lot,” he admits. “I loved the Beach Boys, but I wasn’t going after being a surf guitar player. It’s a curious genre. It comes out of California and it’s interesting how that whole culture came out with the music. I was always fascinated with the California dream, you know? I lived in Florida. Nobody surfs in Jacksonville.”

Any gaps in the band’s knowledge were apparently patched up relatively quickly. Surf-n-Burn is a killer surf record that prizes the clean lines of Campbell’s output over reverb-drenched style tourism, playing to a strength rather than falling into a trap. “I was chasing a sound,” he says. “I had a Princeton Reverb amp, I used a little reverb, not a lot, and a Fender Jaguar. I was really loving that guitar and exploring the tones within it as we made the record. We kept it relatively clean, I wanted to keep the melodies up front and the full tone of the guitar, not wash it out with distortion. There are a few songs that are a little overdriven, but mostly it’s a clean, Ventures-type sound. We didn’t spend that much time on it – it’s just a three-piece, sometimes Ron would play guitar and overdub the bass. We did it really, really quick.

“Ron’s like a brother to me, and Randall too. We were just having fun in the studio. They would come over sometimes and help me with demos over the years, and that weekend I just figured, ‘Well, this guy’s interested in an instrumental record, let’s see if we can do that.’ It was fun because when you don’t have a vocal or lyrics to worry about, the guitar can be pushed right up front. That becomes the lead voice, you know? I kinda like that.”

The Stingrays record does sound like it was a lot of fun to make, and Campbell has long been someone who revels in the enjoyment and camaraderie that can be found in recording music. The thing is, being a member of the Heartbreakers in the mid-to-late-90s was not a whole load of fun. Petty was lost amid marital problems and debilitating depression, increasingly reliant on heroin. He was half there during sessions that spanned compiling the soundtrack to She’s the One and making Echo with Rick Rubin, and it’s not a period in their history that Campbell thinks about often.

But he is in a reflective space at the moment. Since Petty’s passing in 2017 there has been a gradual unearthing of material that has shaded in some outlines, on the American Treasure boxset, the fascinating Wildflowers & All the Rest collection and the recent Angel Dream, which reframed She’s the One as a more cogent piece. These releases have, for the first time in his life, almost forced Campbell to stop and place his own experiences, and achievements, in some sort of wider context.

“It’s been a strange season, losing Tom,” he says. “I did have to look back and assess what I’ve done. When we were working, we just had the nose down. We didn’t look back much, we were always looking forward to the next record. I never really reflected on our past until this came about. I was really pleased to look back, and really proud of all the things we did accomplish – all the great songs I wrote with Tom, and all the great records we made, and all the great tours. It’s a bittersweet thing. It’s nice to go into the archives and discover little bits of the Heartbreakers and Tom putting songs together. You can see how things worked in the band. That’s probably good for fans. It’s a little hard for me, though, because I get emotional. It makes me miss my friend.”

Having joined Mudcrutch in the early 70s – famously tearing the place down with a rendition of Johnny B Goode during his almost accidental audition – Campbell was at Petty’s side for the best part of five decades. Their creative partnership spanned each of Petty’s reinventions, from his imperial phase in the late ‘70s and early ‘80s through to working with Bob Dylan, Roy Orbison, George Harrison and Jeff Lynne on the Traveling Wilburys LPs, and setting the charts ablaze all over again alongside Lynne on Petty’s solo bow Full Moon Fever. Throw in collaborations with Stevie Nicks, Don Henley, Linda Ronstadt, and many others, and you have some idea of the weight behind Campbell’s resume. But beneath these names is something far more humble: a love of songs, of writing, and craft.

“The Heartbreakers was a band full of love,” Campbell observes. “We loved Tom. He loved us. We loved the music we made together. We had a thing that was unique to us, a way of playing, and a way of sounding, that will always be special. There’s a lot of love in the music. Music is the most important thing to us, other than family. It’s all based on love and a kind of spiritual appreciation of the gift we were given, to make this music. I still have that spark. That’s what keeps me going. Music is a magical thing. It has a way to heal as well as entertain. I just carry on with that idea.”

Whether it’s with his band, the Dirty Knobs, or with artists such as Chris Stapleton and Margo Price, Campbell still spends a lot of his time scratching his writing itch. “I’m obsessed with writing. I’m probably writing right now and you don’t even know it,” he jokes. “It’s just keeping that channel open. I don’t have a schedule. I can’t sit down and say, ‘I’m going to write from 10 until 11’. It doesn’t work that way for me. If you’re open, you just grab it. I’m always open for any little sketch of a lyric or riff. It’s such a mysterious thing. It’s almost hard to talk about it. It’s a gift. Some energy, some force, if you believe in God, whatever, it might be the universe, gives you this inspiration. It’s your responsibility to try and make something good with it.”

There are guitars scattered throughout his home in order to tame these ideas when they scamper into view. Along with his iconic Broadcaster, of late Campbell is extremely fond of his ‘59 Les Paul and a white Gibson Firebird he picked up while on tour, eventually becoming his go-to while on the road with Fleetwood Mac, where he filled Lindsey Buckingham’s shoes in tandem with Neil Finn from 2018 onwards. He’s been a guitar collector for as long as he has been a guitar player, seeking to get away from the Harmony acoustic he first painfully learned to work with.

“As soon as I could afford guitars, I started buying them,” he says. “On tour I’d go out to pawn shops and stuff. I finally got so many I had to sell some off. I just don’t have room for them. But each guitar has its own little sweet spot. I love picking up a new guitar I’ve never played before and looking for that, trying to bring it out of the instrument. I get a big kick out of that.”

“Occasionally I’ll go, ‘I really want to work with the ’59 Les Paul’,” he continues. “A lot of times what gets me going is listening to music I like. Most of it’s from the 60s or 70s. I might hear a song and go, ‘that’s a great riff’ or ‘that’s a great groove’ or something. I’ll go to the guitar and try to find what that was and develop my own song out of that inspiration. It could be on any guitar. I always have an acoustic nearby, but the ’59 Les Paul is the only guitar that I always put back in the case when I’m done. The other ones are just lying about and I just grab whatever’s handy.”

Whether it’s found in the obvious fun being had with the Dirty Knobs, a quasi-bar band with serious lived-in chops, or in his desire to keep investigating what it means for Mike Campbell to write a song, there is something infectious and earnest about his whole approach to music, even after all this time. “It’s a spiritual thing when you get in touch with an instrument like I am with the guitar,” he says. “I was enamoured with it at a very young age. It has always been part of my life.”

The Blue Stingrays’ reissue of Surf-n-Burn is out now on Epitone/Epitaph.