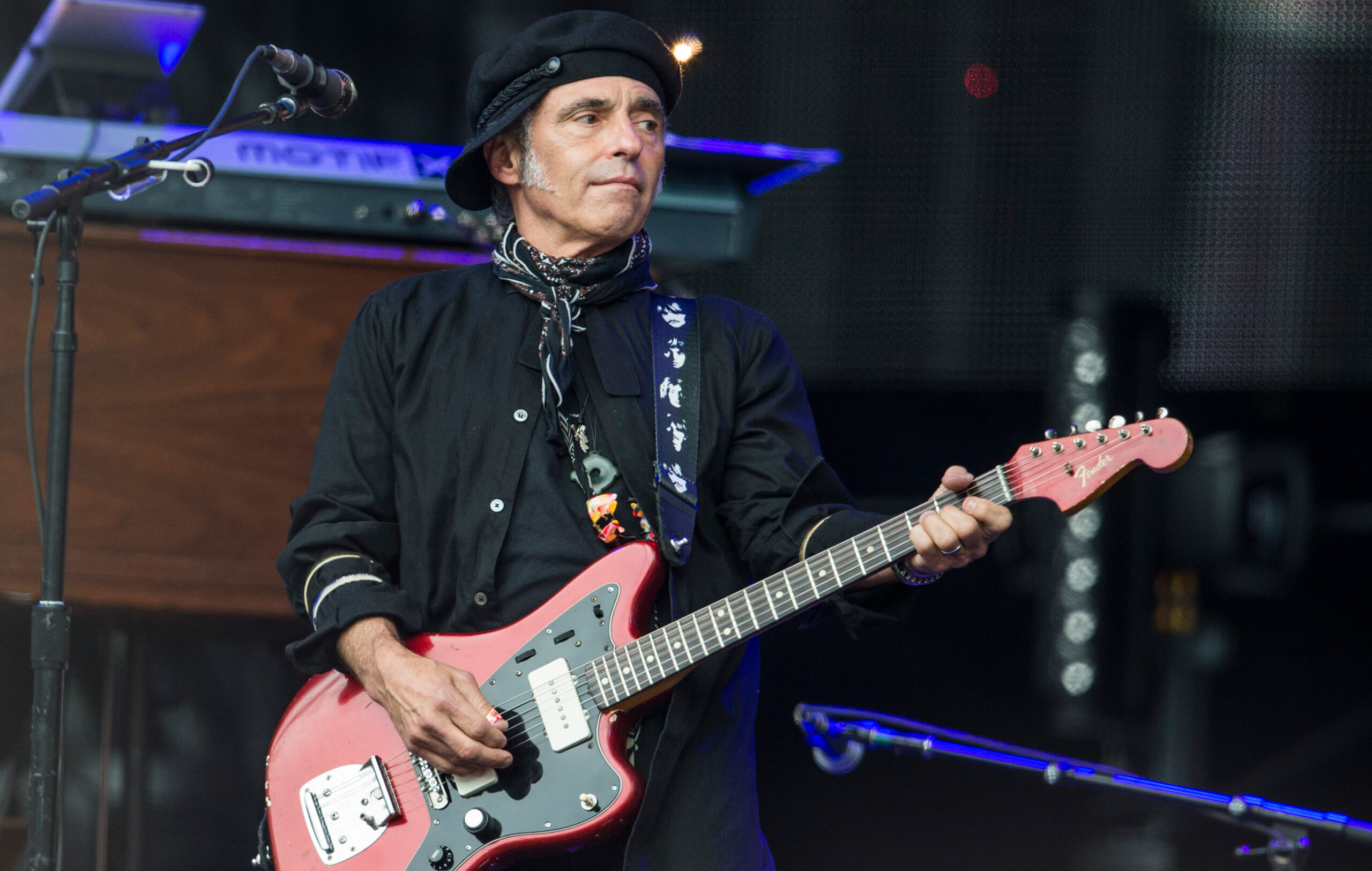 Nils Lofgren on recording with Neil Young and Rick Rubin

Nils discusses recording with Neil Young and Rick Rubin, and how Neil Young & Crazy Horse keep pushing themselves 53 years after their first collaboration.

Released in November, the latest album by Neil Young & Crazy Horse, World Record came together at record speed, following the release of Barn in December 2021.

“Neil had mentioned he was writing again,” the 71-year-old Lofgren tells us, “and the idea was that when he got enough songs, we’d get together and record again with Crazy Horse, which is always great news.

“He was thinking he might be ready in the summer. That was even better news. I guess he had a writing kick, because all of the sudden he calls us and summer had turned into May 1, which was way earlier than we thought. He mentioned that Rick Rubin was going to produce it with him, which was great, mainly in hopes that Neil could just show up and be a singer and a guitar player, which he did, thanks to Rick’s help and a great team of engineers, Ryan Hewitt, and some assistants.”

Lofgren and the band stayed at Rick Rubin’s studio, Shang-Ri-La, where he and Young got reacquainted with many of the historic instruments they’d used on 1970’s After the Gold Rush.

“I was just a 10-second walk from the studio, with all these amazing historic instruments Neil had brought in,” says Lofgren. “I was left to my own devices at night. I was so glad not to be in a hotel miles away, and I could walk over and just play. It was kind of spooky to be able to play all these instruments that I had a long history with. It was just a very healthy musical ride.”

The band recorded World Record live, just as they always have. In Young’s long history with Crazy Horse, Lofgren says that nobody in the band has ever put headphones on in the studio. This album, however, did mark one first-time process for Young – he wrote all the songs without instruments.

“We sat down and started to attack the songs that Neil, by his own admission, didn’t write on instruments, which was a whole new thing for him,” says Nils. “I remember with Barn, we probably recorded [all of the tracks] in eight days and hung around for three or four more to help with the mixing. But Neil said, ‘We’re going to need three weeks because I need some time just to sort out what I’m doing, because I wrote almost all these songs walking with a little tape recorder in my hand, and I don’t even know what instrument to play.’ That was a new adventure for him.”

This created a new writing paradigm for the band where they knew roughly what the chord changes would be but had no idea what instruments would be used or what the arrangements were.

“Billy [Talbot, bass] led the charge, trying to implore Neil to – even if it’s just like 30 seconds – give us [a rough sketch of the song], so we had a clue about chords. I’ve spent a lifetime writing parts that don’t start till the second beat, so I can hear where the hell the band is and then react. Billy doesn’t have that luxury. He’s got to be on the downbeat of every single part. Neil understood that we didn’t want to walk in blind because, by his own admission, he was going to do some fishing too. So he sketched out brief sections, mostly on a Wurlitzer or Rhodes or an electric piano, but with no arrangements. There was no ‘Here’s the final song’. It was just for me and Billy to get a clue about chords so we weren’t completely blind when we showed up.”

Fortunately, the band is talented enough to be able to hop from instrument to instrument, just as Lofgren does as a member of Bruce Springsteen’s E Street Band. He’s no stranger to picking up instruments and creating parts to fit the song. In fact, that’s how he ended up in Crazy Horse in the first place.

When Nils was 18, he was asked to provide piano parts for After the Gold Rush, despite having no formal piano training. He did, however, have seven years of classical training on accordion under his belt. That piano breakdown at the end of Southern Man? Lofgren came up with that by playing the song with a polka beat.

“Neil was jumping around regularly while we were learning the songs,” says Nils of the musical chairs during the World Record recording. “He was going from piano to pump organ to guitar, and I was jumping from accordion to lap steel to acoustic to electric. Every time Neil changed instruments, I listened to what he was doing and all of a sudden I might feel, ‘Well, I better go sit at the Tonight’s the Night piano’. We were just experimenting until he settled on where he was comfortable playing the song.”

The musical chairs led to some interesting moments in the studio, most notably for Nils, who got a chance to play the acoustic Martin that Young acquired from Hank Williams.
“I think it was on Walking on the Road. [Neil] was on an electric piano and he said, ‘Why don’t you try an acoustic guitar?’ and he just happened to have his Hank Williams guitar, ‘Hank’. So now I’m playing acoustic rhythm on a guitar Hank Williams played. That was a beautiful thing. It’s one thing to be in a museum full of instruments but to be able to pick up anything you see and play it is amazing.”

The fact that a band more than 50 years into their tenure can still find new ways to be creative should be inspiring to anyone. For a bunch of guys in their seventies, it’s impressive that Neil Young & Crazy Horse still showcase the same kind of spirit they did when they were teenagers.

“I look back now and it’s like music is the sacred weapon for the planet,” says Lofgren. “Every day it is uniting people. It’s needed more than ever today, because the world is so screwed up.

“I’m so proud of Neil for picking up his guitar, Old Black, and making new music. Him and Bruce [Springsteen], obviously they’re doing fine financially, but there’s a hit you get from creating new music that they both recognise. They’re just like Ringo, who is 32 years into All-Star Band – he still needs to be a drummer. That urge and that spiritual healing doesn’t come from money or fame. I’m grateful for all of them doing their thing – and that I get to jump on with them once in a while.”

Lofgren hits the road with Bruce Springsteen and the E Street Band in 2023 and hopes to tour with Neil Young & Crazy Horse soon. He also has a solo album in the works, scheduled for release in 2023. World Record is out now.