The critically acclaimed 23-year-old on crafting her unique sound for debut album Miss Universe, rebelling against herself and why she wanted to sound like The Strokes. 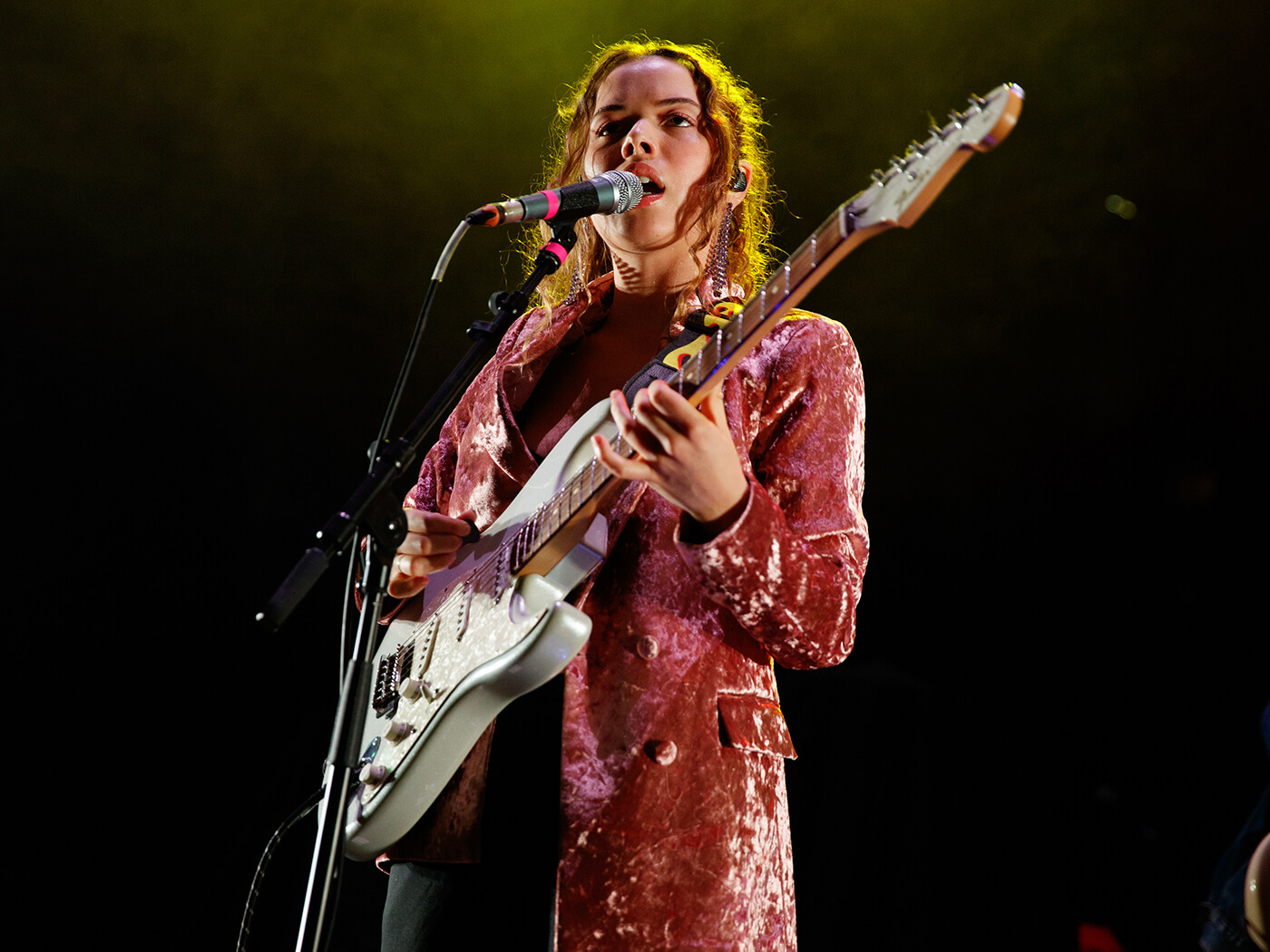 Nilüfer Yanya’s Miss Universe is the sort of debut that sends jaws thudding into floors. The Londoner’s seamless blending of indie-rock fuzz and sinuous, D’Angelo-esque leads underpins songs that rattle and shake with unusual, addictive melodies. She set aside her trusty Stratocaster during her European tour to discuss with us the artists who shaped her style, learning from a famous face – and why her music is sometimes in revolt against itself.

Which guitarists initially lit a fire under you?

“To be honest, I don’t think I had any guitar idols. When I first started playing I wanted to sound like The Strokes, but then I was introduced to the Pixies and felt connected to their music because of the way it was arranged. I remember my singer-songwriter teacher suggesting I listen to PJ Harvey and Marnie Stern, whom I really liked, because of the way I played. I think it was nice to be reminded you can make the music that is lurking about in the back of your head.”

You first picked up a battered guitar at home, but one of your earliest teachers was The Invisible’s Dave Okumu. Are there any elements of your style you can trace back to those lessons?

“I don’t think so. I had really just started learning when he taught me, so I can’t have picked up much guitar-style-wise. I do remember just how easily he played, though – no sign of strain or stress whatsoever. It was a very different lesson to what I was learning in piano and cello. I wasn’t very good at learning songs, but once he found out I was interested in writing my own, we worked on those.”

From your early singles it was clear you had your own identity as a guitarist – somewhere between abrasive grunge-pop and vibey R&B. How long did it take you to develop something you felt was your own?

“It’s been a long process, as it started when I started learning guitar and writing. I guess there have been a few songs along the way that felt defined as my own. One of them was my first release Small Crimes and most recently Heavyweight Champion Of The Year, but just as much as those songs defined me at the time, they don’t define me anymore. It’s a constant process, restating yourself.

You lean heavily on your Strat, but can you talk us through your pedalboard? The album’s rapidly shifting moods suggest that versatility is important to you…

“I don’t own many pedals. I have a Blues Driver, chorus, delay and then a fancier delay. It was really fun playing around with drive and distortion for this album, though.”

There’s a great mix of synthetic sounds on the record and also your bold, distorted playing – how do you find a balance between the two?

“In a way, each song is a rebellion from the other and when it comes to recording, you have the freedom to exaggerate the differences. I’m not worried about balancing, I try to make each song its own thing. If I’m writing it, then there’s going to be clear threads between them anyway.”

Miss Universe by Nilüfer Yanya is out now on ATO Records.