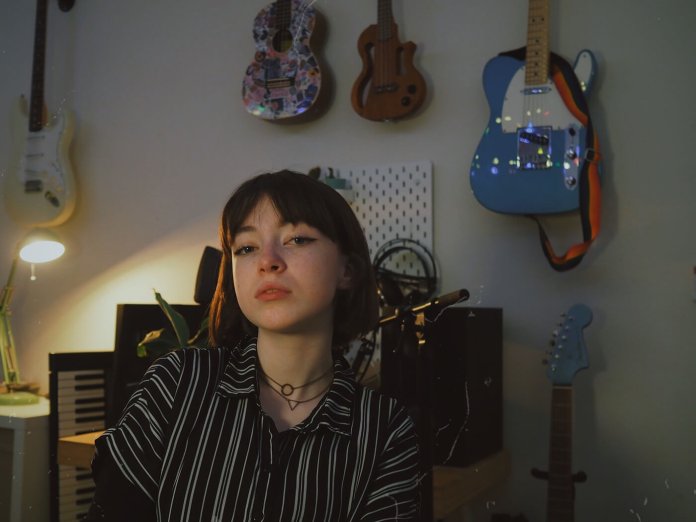 Patricia Lalor’s career started, as is often the case for singer-songwriters in the digital age, with a YouTube channel. But that’s where the similarities between Patricia and other up and coming guitarists end. After all, the Irish guitarist hasn’t even finished school yet, and already has over 150,000 subscribers to her channel, and counts Hozier as a fan of her music – which pulls influences from Daughter, Radiohead, The Big Moon, Warpaint and more.

Born in Wexford, south-East Ireland, Patricia first picked up the guitar at 10. She started making videos for her YouTube channel just a year later, initially of covers she was making in her bedroom. Still just 14 years old, when Patricia’s not in school, she’s self-producing dreamy EPs and editing the music videos that accompany them, which are directed by her photographer mum, “She has taken all my photos for the EPs and shoots all my music videos, we are a little team,” Patricia explains.

We caught up with this exciting young talent to learn a little about her background, how she’s finding being in the spotlight, and what her future has in store.

Why did you first pick up a guitar?

“Well, basically a few of my friends were getting lessons and it looked fun, so I just decided to have a go. I was into music, but not anything I listen to today – I had a big Nicki Minaj phase and listened to the mainstream pop of the time.”

How did you learn to play?

“Diarmuid [@creaghstudios on Instagram] taught me how to play. I started off with a bunch of scales, which was annoying at the time but I’m grateful to have learned them now. Other than that, I built up knowledge by playing songs that had simple chords in, and built up my learning from there.”

You seem most comfortable with Strats and Teles – what is it you love about those guitars?

“I only play Strats and Teles because those are the two guitars I have! I really want a Charvel Pro-Mod, but they are very expensive, and also wouldn’t say no to a Jazzmaster. That being said, I’m very attached to the two guitars I have at the moment. Oh, and my Fender Newporter when I play acoustic. They’re all I need. There’s no specific reason why I use one guitar over another at the moment, it just depends on how I’m feeling.”

Beyond the guitars, what equipment do you use?

“It’s hard to say as I haven’t done a gig or used an amp since lockdown. I feel like my sound has gotten a bit darker and sadder since then, before it was a lot more dreamy. I still love reverb, especially for slow songs. I do my best to avoid twangy, harsh sounds just cause it doesn’t fit the vibe I’m going for. I also often add phaser. The reverb and phaser are built-in to my amp.

“My only actual pedal is the Boss RC-30 loop pedal. I need to get back to using it cause it’s just so much fun for me to play around with and incorporate into songs I like. I might look into getting a wah too, but I’m all about keeping it simple for me on stage. As cool as pedals are, they kind of stress me out at the moment. I don’t have enough practice with them.”

On the EP, where are you taking influences from?

“I think whatever I listen to comes out while writing. For this EP I was heavily into Radiohead, Broken Social Scene and Zero 7. It’s hard to pinpoint the exact sound that has inspired me because those three bands are really different from each other, but they’re the three bands I have on rotation and have been getting inspired by. In Rainbows is my favourite Radiohead album, The King Of Limbs is a close second.” 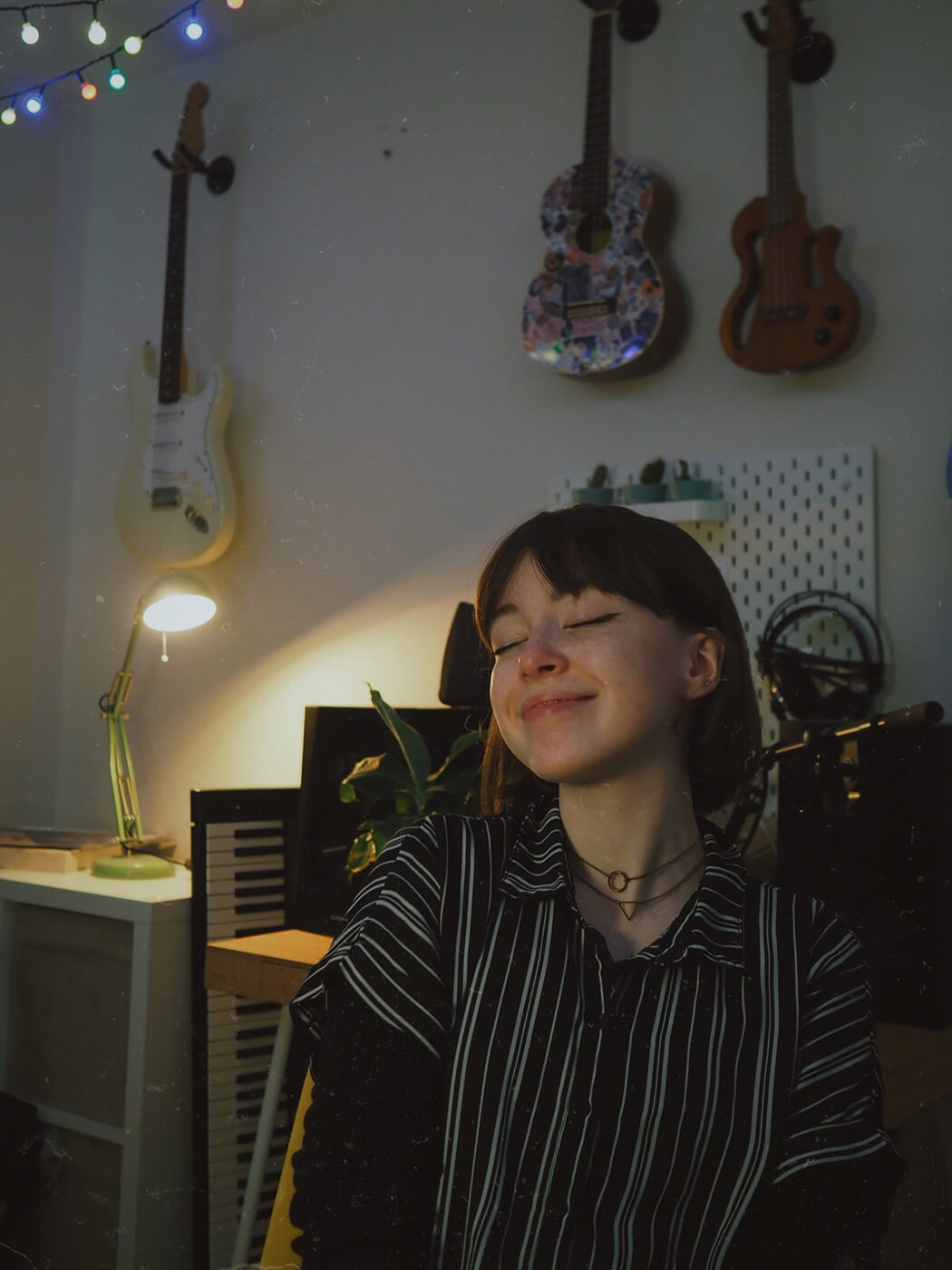 How would you describe the sound of the EP?

“Alternative, sad, trippy? I’m not sure! I feel like everyone will have a different perspective on it, it’s whatever you want it to be! All the songs were written at different times in different ways. I never sat down to write the EP, they all just got written when I was feeling like writing something. Self Aware was written and produced in like a day, which is crazy, but then there were several songs that didn’t make it or songs that took ages to get the finish.

“I self-produce the songs but I’m not good yet. I had been using GarageBand on the Mac up until this EP, but now I use a mix of Logic and GarageBand.”

“Yes I do, it’s really hard to be honest just cause it takes up so much of my time. Staying home in lockdown was the best thing for my music and writing new songs, I’ve had so much more time than I usually have. School is hard dude. Other than music, I enjoy my art lessons, not that I’m any good at it.”

It’s hard to escape what’s going on in the world at the moment, how have you been coping with it?

“It’s actually not been too bad. School closing meant I’ve been able to be home with my family and make music, which from a personal point of view is great. Having so much time on my hands has been amazing, if anything it’s gotten to a point where I’m more scared of going back to normal life, I’m very used to this.”

You’ve developed a large following in such a short time – have younger artists started looking to you for guidance?

“Yeah it’s crazy. I often get messages from people saying I’ve inspired them and asking for advice. It just blows my mind, like I’m just doing what I love. The people that support me are so nice, I don’t deserve it.” 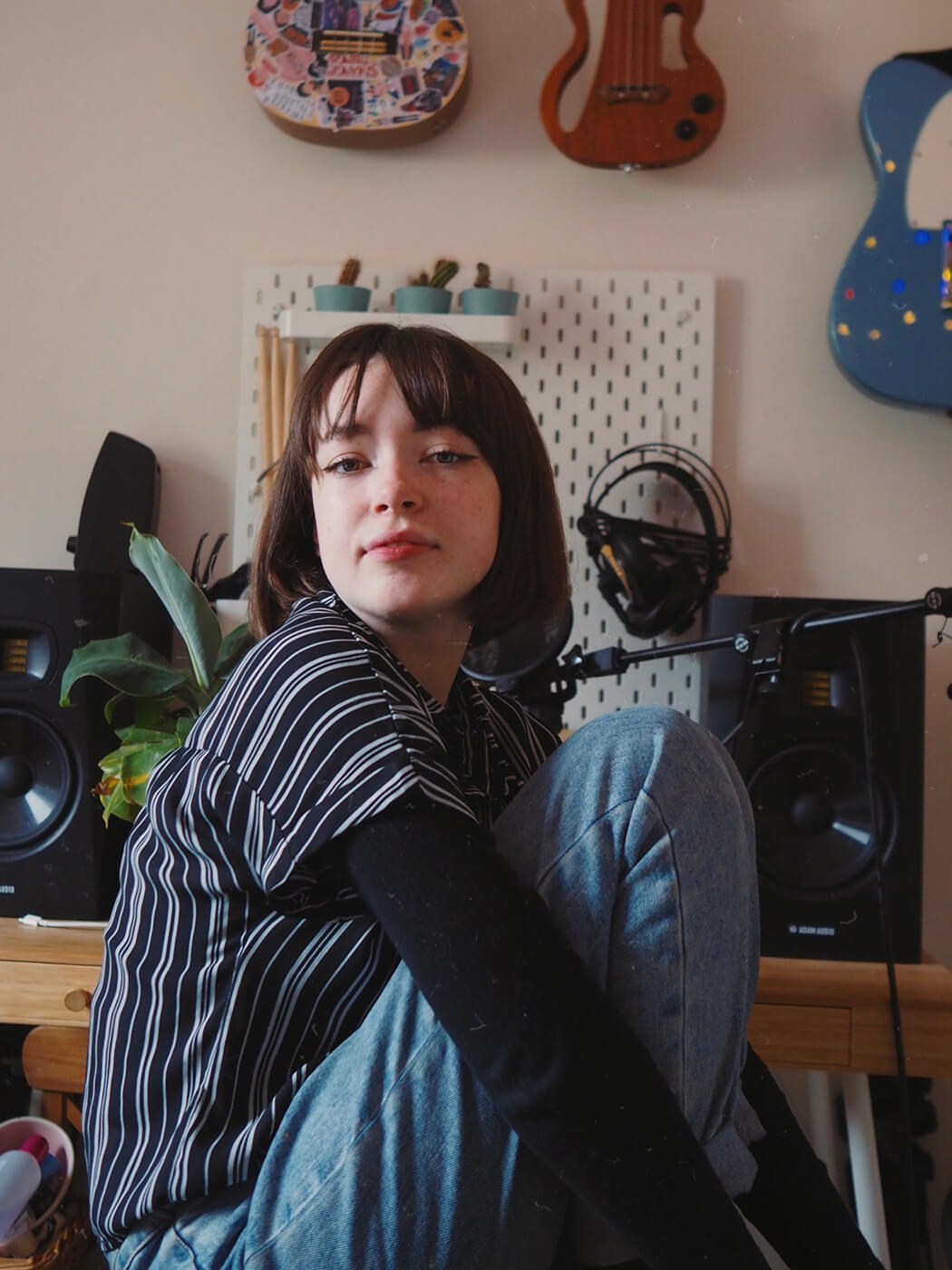 How do you find filming and editing your own videos?

“I usually have a clear vision of what the song looks like, and I want to show everyone else that vision. Also being in an environment where it’s just me and my mom filming makes filming videos way more comfortable than working with a bunch of strangers. I’ve become so used to it this way that it’s weird to imagine doing anything else.

“I love editing the films. I think the years of me playing with the app Video Star when I was little have paid off because I somewhat know how to edit now.”

What are your plans for the future? Presumably music will be a big part of it…

“Hell yes, I’m in this for life dude. I can’t imagine doing anything else, I love music and writing music so much, I don’t think that’ll ever change.”