“We were sweating all day, smelling 70s solder as it’s burning our brains” The Wonder Years on their “nostalgic” new album

The dad-punk heroes embrace the energy of the past and meld it with the esoteric influences of their present on new album The Hum Goes On Forever, we caught up with guitarists, Matt Brasch, Casey Cavaliere and Nick Steinborn to talk weird Fender distortion pedals and the power of being in the room.

The pandemic stopped a lot of bands in their tracks. Some of them were able to regroup quickly and make new records to fill the sterile air. Others decompressed after being forced off the road for the first time in decades. The Wonder Years, an undertaking founded upon ideals of compassion and connection, stared down their own mortality as a group. If they couldn’t play live, did they still have a purpose?

“You start to almost lose the thread of why you do it and who you are,” vocalist Dan Campbell recently told Kerrang!. But the record they made during that time is one hell of a response to that line of existential questioning. The Hum Goes on Forever is a deep dive into anxiety and uncertainty, revolving chiefly around Campbell’s experiences as a father, but it is delivered with iron resolve. It seems to suggest that the Wonder Years’ purpose is simply to keep going. “When I was 17, I wrote a song about how I’m drinking kerosene to light a fire in my gut,” Campbell sings at one point. “And I’ll be coughing out embers for decades to come.” There’s no lie there.

The Wonder Years’ story arc to this point has been defined by growth plus changing priorities and, fittingly, they haven’t made a record like this before, one that squares the hook-driven immediacy of their early work with the sweeping, ambitious rock songs that Campbell has become a master at delivering. It’s balanced in a way that suggests they’ve wrestled with their legacy plenty over the past couple of years, and also that their experiment of recording two songs while cosplaying as their former selves helped tap into something they’d not thought about for a while.

“As the people who have lived through it, I think there’s an interesting energy where there’s the question of your older works being like a different band,” guitarist Casey Cavaliere says. “Every band evolves, right? We wouldn’t have gotten here if we didn’t have those albums where it was more about the energy and how fast we can play.

“We were in a time and place in our career where we were coming out of that high energy, DIY floor show environment. I think as we’ve gone on, a lot more nuanced influences have started to be pulled in from every direction. So far, the response with a lot of the new songs is that it feels both nostalgic and refreshing. I mean, that’s the best we can hope for.” 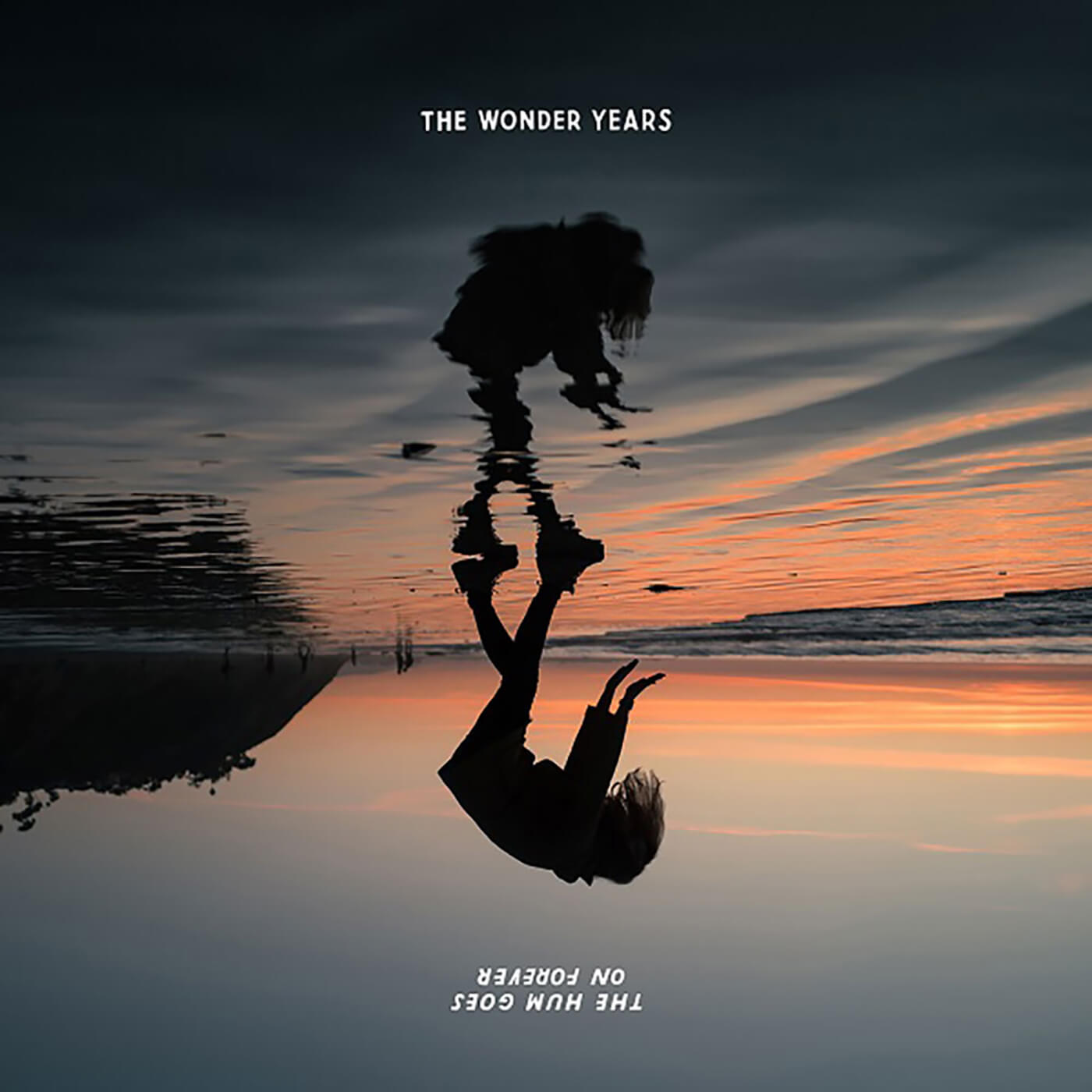 The Philadelphia group’s three guitarists join the Zoom call in intervals. Matt Brasch, who plays a Les Paul Studio in tandem with a Kurt Cobain Jaguar, is there early, and when Cavaliere, another Les Paul Studio guy, joins a couple of minutes later the pair are obviously stoked to see each other. “Matt Brasch, long time no see!” Cavaliere says excitedly, having swapped Philly for Atlanta in 2021.

When Nick Steinborn, whose go-to is a 2015 American Deluxe Tele, checks in, the whole mood shifts and all of a sudden there are simply three old friends nerding out over gear. The conversation wanders here to there, spiralling through heads, pedals, stupid ideas that turned out to be good ideas, and a broken down piece of trash dubbed ‘Thor’s Hammer’ by the band’s regular producer Steve Evetts.

“It’s a Fender distortion from the 80s, they’re impossible to find,” Steinborn says. “I’ve looked. It was impossible for me to find information on it for a while. The pedal has a knob on it that adjusts the EQ balance versus the non EQ balance. You go one way and it turns the volume up with EQ, and the other way is without EQ. It’s the most insane distortion. Any really fucked up guitar tone with Steve is probably that.”

“Thor’s Hammer has been on every record, I think it’s just a glorious mistake,” Cavaliere adds. “I think it’s just gotten so twistedly broken over the years of being thrown back on the shelf, stepped on, kicked over. There’s some weird messed up magic in that pedal – even if you bought another one, I am so positive it would not do the same thing.”

Thor’s Hammer isn’t just a curio, though. There’s a lot of gnarly stuff on The Hum Goes on Forever. Over the years, Brasch, Cavaliere and Steinborn have become dialled in to the emotional squalls of Campbell’s writing. As he has developed further as a storyteller, scratching away the pop-punk veneer to reveal lyrics that meld Craig Finn-style parables with vivid first-person writing, his bandmates have found ways to adapt, retreating to a whisper one moment before bringing out the blood and thunder the next.

“I think we’ve grown a lot together,” Brasch says. “We all have a lot of different influences. We’re not just going to write fast, super loud songs all the time, we want to have a dynamic record. We’ve all built off one another and built off our influences in other bands, movies, books. I think it’s just a matter of growing up and really finding your sound after a while. We all play off of one another, and that’s what makes our band our band.”

Matching Campbell blow for blow is both a creative and technical challenge. Cardinals II, a sequel to a song on 2015’s somewhat underrated No Closer to Heaven, is truly crushing. “I can’t protect you, I had my chance and I fucked it up,” Campbell yells, and the guitars buck and kick, landing deep in your chest. On Oldest Daughter, which serves as a continuation of a story from 2013’s The Greatest Generation, the band tumble into the sort of half-time thrash that has become a pillar of their sound, viscerally dredging up the fear and hopelessness in Campbell’s words while making the whole thing sound impossibly anthemic.

For that to work, Steinborn and Evetts had to bake in the glow of a cranked Sunn Concert Lead. “All the bass is rammed through that, and it sounds fucking awesome, but Oldest Daughter‘s actually that on 10,” Steinborn recalls. “The A/C was broken in the room, so we were just sweating all day, smelling 70s solder as it’s burning our brains. You’re curious how to get that sound? That’s it.” Brasch wandered into the studio the next day and freaked: “I was like, ‘Steve, something’s on fire, man.’”

As powerful and sure of itself as The Hum Goes on Forever sounds, its writing process was littered with challenges, the pandemic chief among them. The Wonder Years might run off being able to see the whites of their audience’s eyes night after night, but their creative process is founded on trust and communication stemming from a decades-long friendship. “We discovered how hard it was to write with Dan hiding in my laundry room with the door shut, and all of us with masks on,” Steinborn says. Brasch takes over: “We all keep our emotions on our faces.”

Finding that they couldn’t get moving, the band decided to rent a house in the sticks at the height of winter 2021 and go full bubble. After quarantining for 14 days beforehand, they found that being in close quarters, letting ideas bounce around while they cooked or hung out, allowed for some of their muscle memory to kick into action.

“It was very easy for Dan to just go pick up the acoustic, have us right there, and just talk through it,” Cavaliere says. “For us as guitar players, too, it was really crucial. We’ve learned to sit down so that we can be like, ‘Nick, let’s deconstruct what was happening there when we were all playing as a band so that we can make sure we’re lining up and complementing each other.’”

The rest of the pieces fell into place over the following six months in scattered writing conflabs and sessions with Evetts and Will Yip. The level of care behind this drawn out spell of creativity is reflected in the way The Hum Goes on Forever moves – surging from each highpoint in search of another one that says something different about how the Wonder Years came to be where they are today. “If the song makes it through the six of us in a room, it’s always going to be a Wonder Years song,” Cavaliere says. “This record, and how it came together, was us trying to trust that fact and not overthink it.

“When we were much younger, it was, ‘Does this rip? Is it fast? Is it loud? Yes, let’s go.’ And people say bands overthink things, or try and get too complex for no good reason, later in their career. We didn’t want to necessarily do that with this record, too. We wanted to make room for the on-the-ground-in-a-sea-of-pedals experimentation, but make sure it had a reason, it had a place, and had an intention.”

The Wonder Years’ The Hum Goes on Forever is out on September 23 through Hopeless Records.