“You don’t just have to sound like Fugazi”: Touché Amoré on how they moved beyond their hardcore roots

Guitarists Nick Steinhardt and Clayton Stevens on the importance of not treading on each other’s toes, keeping a varied palette of pedals to hand and why all those Ross Robinson legends are true.

Strip it back to its raw materials and hardcore is about emotion. It’s about release, it’s about catharsis, it’s about spilling your guts. Touché Amoré’s Jeremy Bolm knows that. He’s a lifer. He’s a fan before he’s a singer, a record collector before a person who makes records. On 2016’s Stage Four he led the way as his band assembled a classic hardcore document, investigating the loss of his mother to cancer over songs that howled and soared.

Four years on, Touché Amoré’s new album Lament picks up the story. Here Bolm pieces together his next steps, balancing the ebbing tides of grief with lacerating anxiety – at the state of America, at becoming an outlet for fans who have also lost people – with love, comfortable silences and goofs about Counting Crows botching a perfect song on Round Here.

Step for step he’s matched by his bandmates, who have over the past decade developed into one of the most expressive, melodically exciting outfits in heavy music. For every gut punch in Bolm’s notebook there’s another tearing from an amplifier or ricocheting out from a snare hit. “The lyrics are generally written after the fact,” guitarist Nick Steinhardt says. “The music we write, even without vocals, is pretty emotive.”

Touché Amoré formed in Los Angeles a little over a decade ago, releasing their full pelt opening statement …To The Beat of a Dead Horse in 2009. Over time, their motivations have changed. It’s not that they’ve lost contact with the band they were – at points Lament goes as hard as anything on their debut – it’s that they’re never happy in one spot. In the past 11 years they’ve retrofitted their sound with fresh swatches cribbed from 4AD bands, Laurel Canyon jangle and desert-baked indie-rock. It’s west coast hardcore by way of the Byrds, Tom Petty, Television, and Sonic Youth.

Steinhardt, guitarist Clayton Stevens and bassist Tyler Kirby have embraced ideas of space and texture, pushing the complementary nature of their partnership into unusual territory. Hardcore can be a musically oppressive mode of expression – crushing heaviness or blackened filth are often its go-to settings – but since 2013’s genre-exploding Is Survived By they’ve been content to exist outside of that. “That’s come with time, playing off each other, and playing live,” Stevens admits. “Your taste evolves, you discover different styles of guitar playing. You don’t just have to sound like Fugazi.”

Steinhardt adds: “A big moment for me was Poison the Well’s You Come Before You. They recorded it with the same producers who did [Refused’s] The Shape of Punk to Come, which was another huge one for me. I remember the record sounded very separate – the bass occupies one register, one of the guitarists plays a Les Paul, one plays a Telecaster. It fills out the mix in such a unique way for a heavy band. We like Fender, American jangly sounds. We do think about not stepping on each other’s toes sonically.”

Steinhardt plays Jazzmasters live and on Lament dabbled with a Thinline Telecaster and a reissue Strat. For Stevens, to this point something of a Tele devotee, the LP’s key setup was specific. “It’s a ‘68 Custom Deluxe Reverb with an S-63 Nash Stratocaster,” he says. “With those two things I felt like I could do everything. I would pick up something else and just go back to it.” 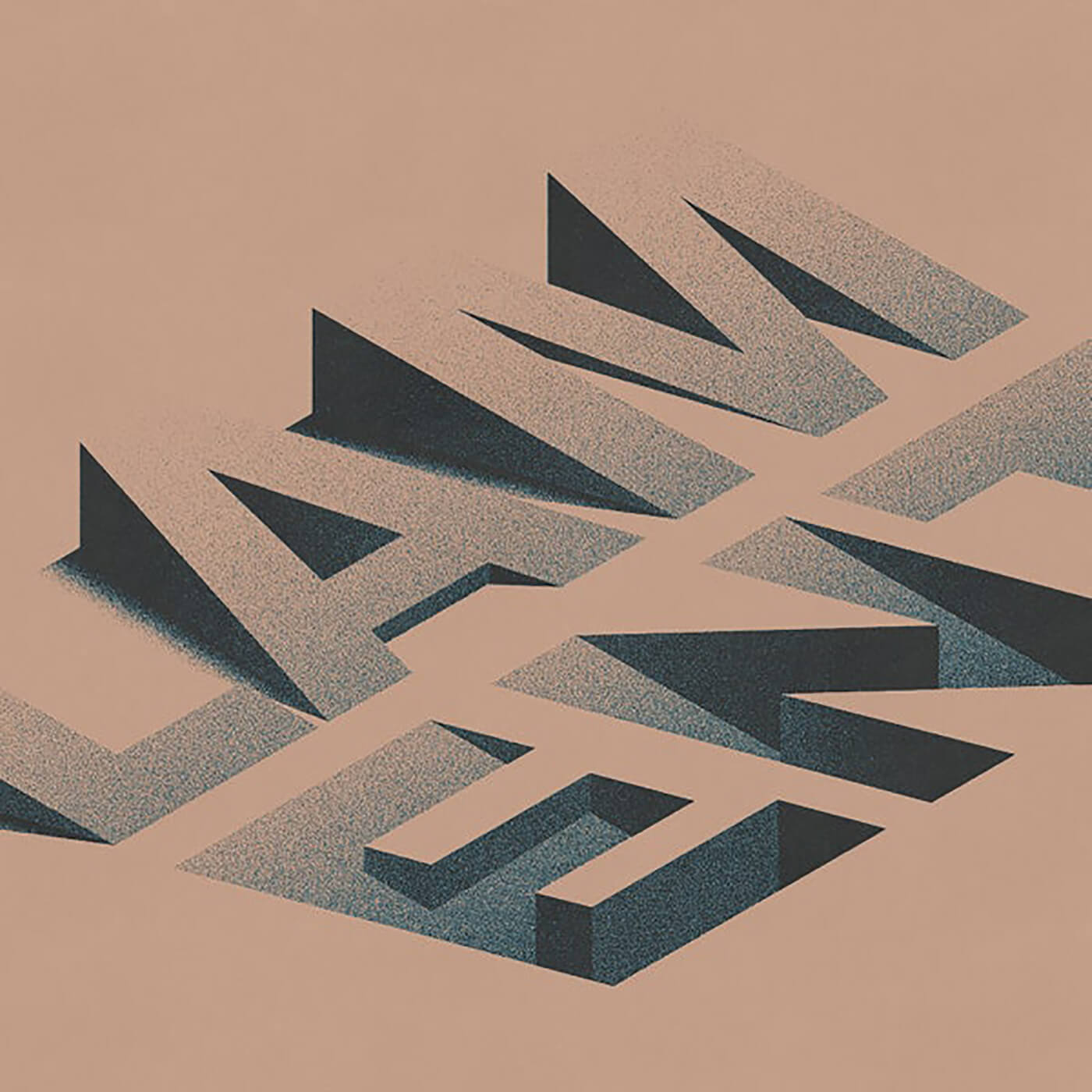 Elsewhere, though, things were a little more out there. Initial work on Lament ran concurrently with the band’s 10-year celebrations for …To The Beat of a Dead Horse, which involved re-recording the album with long-time drummer Elliot Babin, who stepped in for Jeremy Zsupnik almost immediately after its release. While in the studio they demoed several songs that would later make the Lament tracklist, including the opener Come Heroine. “It was so early in the process that it wasn’t even a thought,” Stevens says. “It was just a case of, ‘While we’re here we should jot these down.’”

After touring the reimagined …Dead Horse, the chance to maybe try something different presented itself. Around nine months before recording on Lament began in earnest Touché Amoré logged a rapid session to capture the song Deflector with Ross Robinson, testing the water with one of rock’s most storied names. The hook up was suggested by their manager, Blaze James, who used to look after At The Drive-In, with whom Robinson changed the course of modern punk on 2000’s Relationship of Command.

“Ross was down to do just a song,” Steinhardt recalls. “What could that hurt? At worst we’d have an experience we didn’t care for. At best, we have an idea of what to do going forward. We’d booked a day, maybe two, and when I went in I realised that he’d spent another full day bringing in a tape machine, the board, all his crazy gear, just for one test song. I was like, ‘Holy shit, this guy does not give half of himself. It’s all or nothing.’ You can’t ignore that level of commitment.”

Not that this was much of a surprise. Thirty years and change into his career, Robinson can reflect on laying the foundation stones for nu metal, by producing debuts from Korn, Limp Bizkit and Slipknot, delving into goth heaven with the Cure, and ushering in contemporary post-hardcore with At The Drive-In, Glassjaw and the Blood Brothers. All the while he cultivated a rep as rock’s enfant terrible – always on, always intense, sometimes throwing things.

“The lore around Ross is factually true, but what you actually get out of it is totally different,” Stevens admits. “What it comes down to is being committed to a song on a deeper level, understanding what the song is emotionally, and connecting to it so that when we’re messing around with pedals we’re thinking about the song not the tone. We’re not the type of band who sit on our phones in the studio. We like to be committed to it, and that’s important to Ross.”

Even after their test run was a success, Steinhardt steeled himself for an experience that could potentially scar him. “I was ready to go all in for this month,” he says. “Just be in it. But I thought being in it meant that I was going to need a long vacation afterwards because it was so intense. What ended up happening was one of the most gratifying experiences I’ve ever had in my life. There was so much fun, and energy, in the exploratory process of Ross trying to chase a tone with us. You left feeling buzzing with creative energy.”

Some of that energy and focus was channelled into the record’s diverse palette, with Robinson’s bag of tricks on hand to bring out the detail and clarity in Steinhardt and Stevens’ playing.  “Ross has this giant bin of stuff he’s collected over the years,” Steinhardt says. “He used to work at a studio called Indigo Ranch, and one day he opened this closet and it was full of these amazing 70s pedals that had made all of his favourite records. Either someone lost them or sold them, and I know the studio burned down at some point, but he’s been buying back these pedals.

“We’re really into oddball stuff, too, so Clayton and I have a pretty big pedal collection. It was just a sea of electronics. Usually we go into the studio knowing, ‘I’m going to press this pedal on this chorus.’ But Ross flipped it on its head. We were open to the process because he was so enthusiastic. He’d plug in some flanger and bass sub-octave pedal at the beginning of a chain, chasing something he was hearing in his head on a microscopic level.”

Steinhardt and Stevens pushed themselves to capture the energy of live performances, something that was a prerequisite from Robinson and a noted strength for a hard-touring band like Touché Amoré. As a result Lament feels real – it feels alive with effort. Come Heroine surges out of the gates, meshing Bolm’s bark with squalling leads, while Feign consistently finds new melodic avenues to travel along. With traditional vocal hooks to the fore more than ever before – notably when Julien Baker steps in for Reminders’ huge chorus – that challenge is answered by direct, dynamic, supremely catchy guitar lines.

“On Is Survived By, I feel like we were trying to be ambitious in a more technical way,” Steinhardt says. “Those songs are really hard to play. After that, whether consciously or not, I know that when I’m writing, if something feels difficult to play I almost feel like I’m playing it wrong or I need to simplify it. The song feels good when playing it feels good. That doesn’t always result from trying to figure out how to nail a technical aspect and having to practise it for 20 hours. The listener might not even perceive all this technical shit I’m trying to do. Instead, let’s take it back to a more elemental form and fill it out with harmony instead of trying to shove a bunch of notes in.”

Touché Amoré’s Lament is out now through Epitaph Records.