“It’s all about constraint”: Whitney’s Max Kakacek on the guitar’s role in their music

Also, learn how Jack White inspired this guitarist to pick up slide guitar.

Whitney’s sophomore album, Forever Turned Around, will be out on 30 August. That’s three years between their debut LP Light Upon The Lake and the new release, five years of band history and more than 10 years for vocalist/drummer Julien Ehrlich and guitarist Max Kakacek, who’ve known each other since their days with indie rock band Smith Westerns.

2016’s Light Upon The Lake introduced listeners to Whitney’s accomplished patchwork of lo-fi indie tunes soundtracked to intricate guitar work and autumnal vocals. The band’s sounds were birthed from a multi-layered creative partnership where both members would write, play the guitar, and hold down the rhythm section – Ehrlich would also be on drums, and Kakacek on keyboards or bass.

Although the duo represent the group’s core, Whitney is indeed a band, as Kakacek is quick to point out in a conversation with Guitar.com. Supporting the founding duo are keyboardist Malcolm Brown, bassist Josiah Marshall, trumpeter Will Miller and guitarists Print Chouteau and Ziyad Arar. In fact, Arar even served as one of the engineers on the upcoming album.

Speaking to Guitar.com ahead of Forever Turned Around’s release, Kakacek also tells us about the band’s approach to recording, how Jack White influenced him to take up the slide guitar, and why he only plays through single-coils now.

You once said, “When you get too close to a song, it’s hard to tell when it’s done.” How do you tell?

I think in any art – music, writing, poetry, painting, photography – at some point, you’ve got to stop using your brain and ask, “Does it feel complete?” It’s hard to get out of the intellectual side of things by yourself. After you’ve been in the studio and writing for a while, you feel almost too thoughtful, where you start questioning everything that’s going on. “Is this exactly what I’m trying to do with this one instrument? Is this what we’re trying to say with a lyric?” At a certain point, you have to step back and just ask, “Does it feel good?” That’s the challenge: realising that you have to get out of your own head. 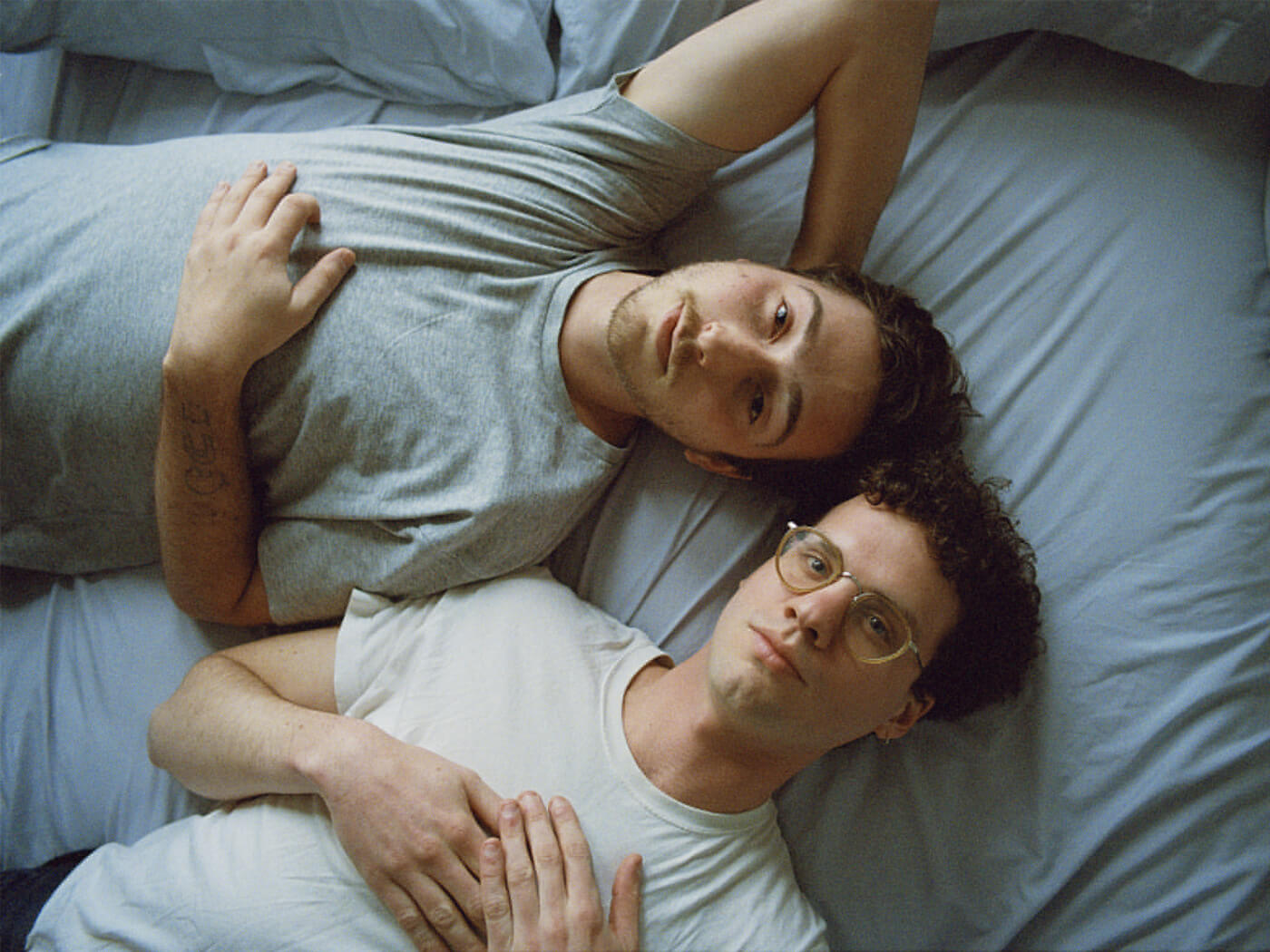 Can you get there on your own, or do you need the rest of the band?

It can be the rest of the band, the producer, a family member, a friend. You send them a demo and ask, “What does this sound like to you? If you had to tell a story about how this sounds right now, what would that story be?” One of the songs I sent to my girlfriend, and she said, “It reminds me of my grandparents driving through Texas when they met 50 years ago.” That, as far as showing that there’s value to your songs, is as good as it can get to me.

Whitney’s music has been described as “sad yet hopeful.” You’re in a good place when you write it. Are you ever in a different place when you go back and consider it lyrically?

It depends. The challenge for Julien and I, especially lyrically, is that our idea of melody and arrangement is on the “poppy” or happier side, and finding a way to make those ideas a little complex and deeper through lyrics by presenting those sunnier melodies in a different context is more complicated.

The thing about playing live, for us, is that we all love it, and even the saddest songs that we write – there’s a song called Follow [on Light Upon The Lake] about Julien’s grandfather passing, and there’s a song called Day & Night on the new album that’s dealing with the pressures and nature of touring and writing music, and how it can lead you to feel a little restless and anxious and definitely crazy – when we’re playing them live, it’s more like a celebration. We enjoy finding some sort of camaraderie or comfort in the fact that people also relate to those feelings and they’re there to enjoy them.

What does the guitar need to do in Whitney?

It’s all about constraint, playing only the most important notes, which a lot of times means playing fewer notes, and invoking a sense of nostalgia, of melancholy, that people say our music brings to them. As a guitar player/songwriter, it’s beneficial to me to think of the guitar as a voice, or as a more simple vocal melody, like in Valleys, where it’s not too technically nerdy, so that it invokes simplicity and off-the-cuff, accidental-type playing.

You started out on Gibson SGs and now mostly play Fenders. Why the change?

I started with SGs because they add a heavier, punk band thickness to everything. Now it’s between a Jazzmaster and a Tele. I recently purchased a Gibson 330 from the 60s. It’s my new baby. I only play through single-coils now, and the Jazzmaster and 330 both have P90s; they give me the warmer, more charming sound. The Tele I bring out mainly when I want to attack a slide solo or something like that and I need the attack on the top end. Live, at this point, I only use a Tele because I have a couple of EQs that I use, and I use the switch a lot to emulate a Jazzmaster when I need it to be a little warmer.

When my dad and I were building guitars, Frankensteins, I played a Mustang a little bit and had some Lindy Fralins in it that sounded a little more like a Jazzmaster, a little hotter. The guitar I liked to play the most was a Fender ’52 reissue, and I believe they built most of it exactly to spec. That thing was like a baseball bat, and it ended up being most comfortable for me. The SGs are completely different, paper-thin, and so is my 330, but I keep going back to thicker necks with the action a little bit high because I switch from slide to normal fingerings all the time, so I need higher action, especially in the top end. I think that’s been a dictating factor in Whitney. I have a slide on my pinky 80 per cent of the time and I need to have a neck that’s versatile that way. 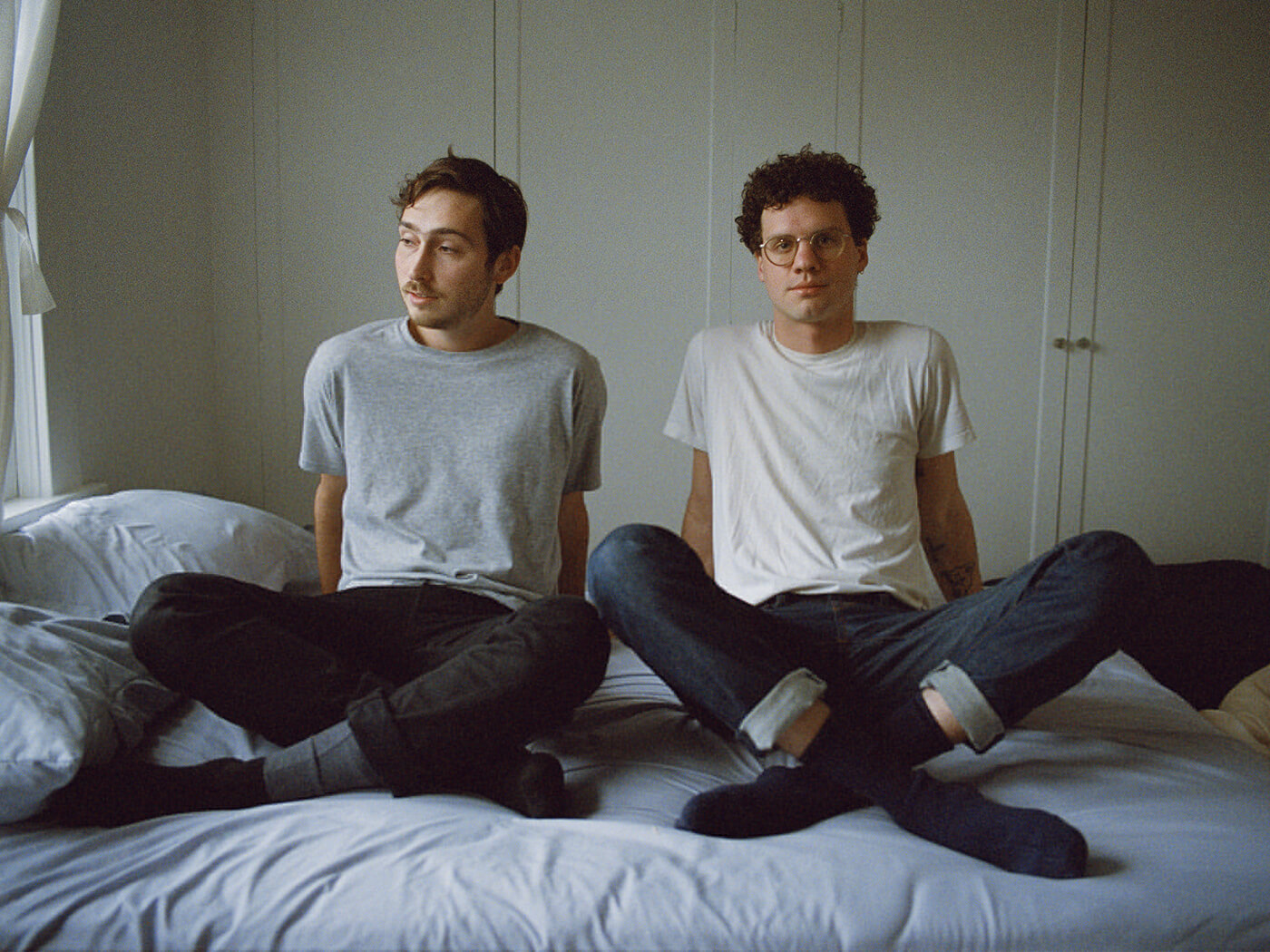 The story goes that you took up slide because of Jack White.

Jack White was my first exposure to slide. I saw him at the Aragon Ballroom in Chicago when I was 12. That was the first time I had seen someone play slide live, and the next day I went out and bought one. I saw him use it on his pinky at the show, so that’s how I started. I got comfortable with an open tuning and being able to move around a lot. Now I pretty much always play in standard tuning with a slide, unless I need to record something specifically where an open or alternate tuning will suit the harmony a little better.

Which slide do you use, and what’s the key to using it effectively?

I use a standard Dunlop steel slide. No matter what, every person playing a slide is going to voice something differently, even if they’re playing the same notes. It’s the rate at which you get up to the note, or leave the note, or let it hang over it, so you can make the guitar feel like the saddest voice, which is something I’ve always found fun to do. For me, the most that a guitar can sound like singing is with a slide.

For touring, I’ve recently changed. I’m a big fan of early 50s aesthetics, so for a while I was using a Blues Junior. I got a lot of use out of it; especially with an EQ, I got some amazing sounds out of it. I recently treated myself and got one of the new Magnatone Twilighters. That’s the nicest amp I’ve ever heard, so I’ve been smitten with it since I got it. I use the frequency modulation on it pretty consistently throughout playing, even with the intensity very low, just to give the guitar a little more character and warbliness, very subtle. I got it six months ago, so the next touring cycle it will be my regular amp.

On 30 August, we go to Europe, and because of flights I usually bring my pedals, my Tele, and an EQ, so I’ll probably end up with a Blues Junior there. The American tour starts in September and I’ll have the Magnatone. I’m still on the fence about whether I’ll bring the 330 on the road. I’ll see how the Tele does throughout the whole set in Europe, and then I’ll know if I need it or not.

Are there certain recording techniques you prefer? Can you walk us through that process using a track from Forever Turned Around?

I’ll do Friend Of Mine because there are two major lead guitar parts. One is a slide part that comes in after the first chorus. That’s a perfect example of how I use a single string with a volume pedal to try to emulate a pedal steel and make the guitar sound as sad as possible.

Essentially, all I’m doing in that solo is replaying the vocal melody before it comes back in, just as a different texture. It gives the song this real sadness after the first chorus that’s pretty epic and glorious, and then it brings the song back down to the lonely place before the verse comes back in. At that point I was using my ’54 Fender Pro that I ended up trading in.

For mics, I believe in putting an SM57 on it, maybe front and back for slide, so that I can get some of the low end out of the speaker. Some of the best guitar recording processes use an SM57, and I try to stick to that as much as possible and let the playing speak for itself.

At the end of that song there’s a guitar lead that I was using this broken Gibson semi-hollowbody that was in the studio, a massive guitar. The wood from the body was probably five or six inches wide. I never really play those boxy guitars, but the amazing thing is it was fretting out and doing this weird harmonic thing by accident. At first I was, “I don’t think I can use this guitar because it won’t actually play the notes I want,” but it ended up having a quality to it that made it sound super-unique. That’s the stuff that I really like – that broken, weird gear that has a personality you’ll never find again.

Forever Turned Around is out 30 August via Secretly Canadian.