Amp FAQ: What is blocking distortion and how do you fix it?

Distortion of the unwanted kind can really kill your buzz. Here, Rift Amplification head honcho Chris Fantana explains what blocking distortion is, and how you get rid of it. 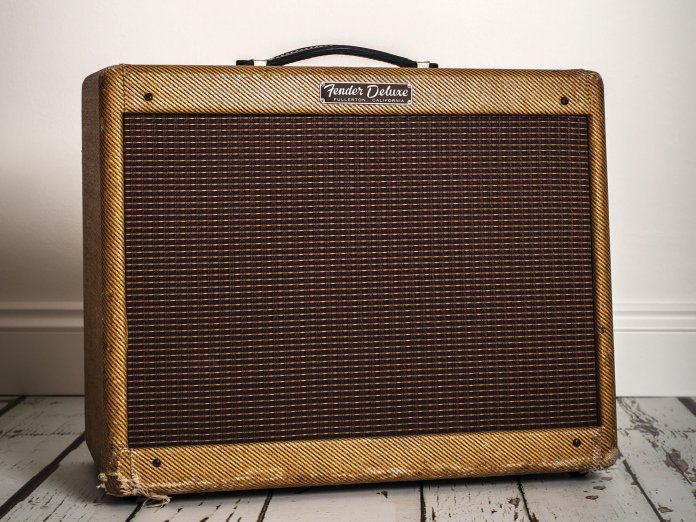 Hi Chris, I’ve recently noticed that my 1958 Fender Deluxe has a nasty, ugly distortion when I push it hard. Turning down the amplifier does make it go away, and the louder the amp, the worse it gets, and it kinda cuts in and out. I have replaced all valves with new versions and it was recapped a few years back. Any ideas?

Hi Kai, Sorry to hear about this, it is a very unpleasant noise but thankfully I may have a solution. That awful distortion that appears when your amplifier is driven hard is most likely something called blocking distortion, a phenomenon that occurs when the control grid of a valve is driven to the point of conduction. It normally appears to cut in and out and sits on top of the guitar signal, rather than being a part of it.

To keep things simple to understand and not wanting to go into technical jargon, you have done nothing more than overdrive the valve by too much, and it is now crying out, “No more, please!”. If you’ve ever plugged a music player into a hifi and turned the input level up too far, you’ll be familiar with the sound. 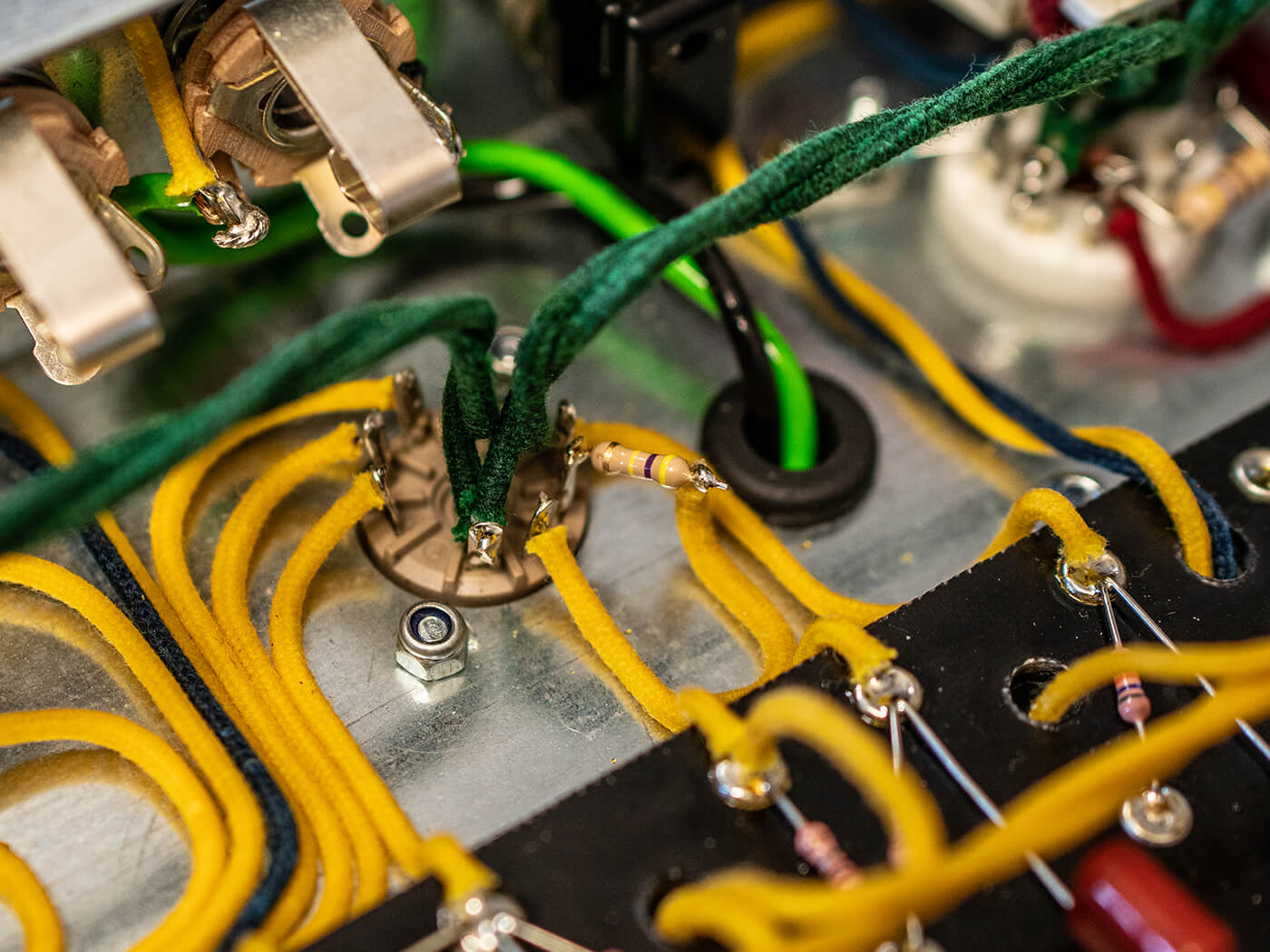 Usually in a tweed Fender amplifier, blocking distortion occurs in the output valves and can be fixed by a combination of coupling capacitor value reduction, and grid-stopper valve increase. However, as your amplifier is a Deluxe model, the problem will be coming not from the 6V6 output valves, but from the cathodyne phase-inverter instead.

How do I know this? Because it is a frightfully common issue with both black-panel Princeton Reverbs and 1950s Tweed Deluxes, which also use that phase inverter circuit. The problem is that Fender didn’t use a grid-stopper on the control grid of their cathodyne PIs, despite all of the technical books saying that you should for this very reason. Whether this was deliberate or simply an oversight I cannot say. But thankfully, adding one to the amplifier is very easy and can be reversed if required.

Figure one shows the stock Fender phase-inverter circuit for both the Princeton Reverb and 5E3 Tweed Deluxe, and figure two is the modified version with a 470k resistor sitting between the 22nf capacitor and the valve’s control grid. 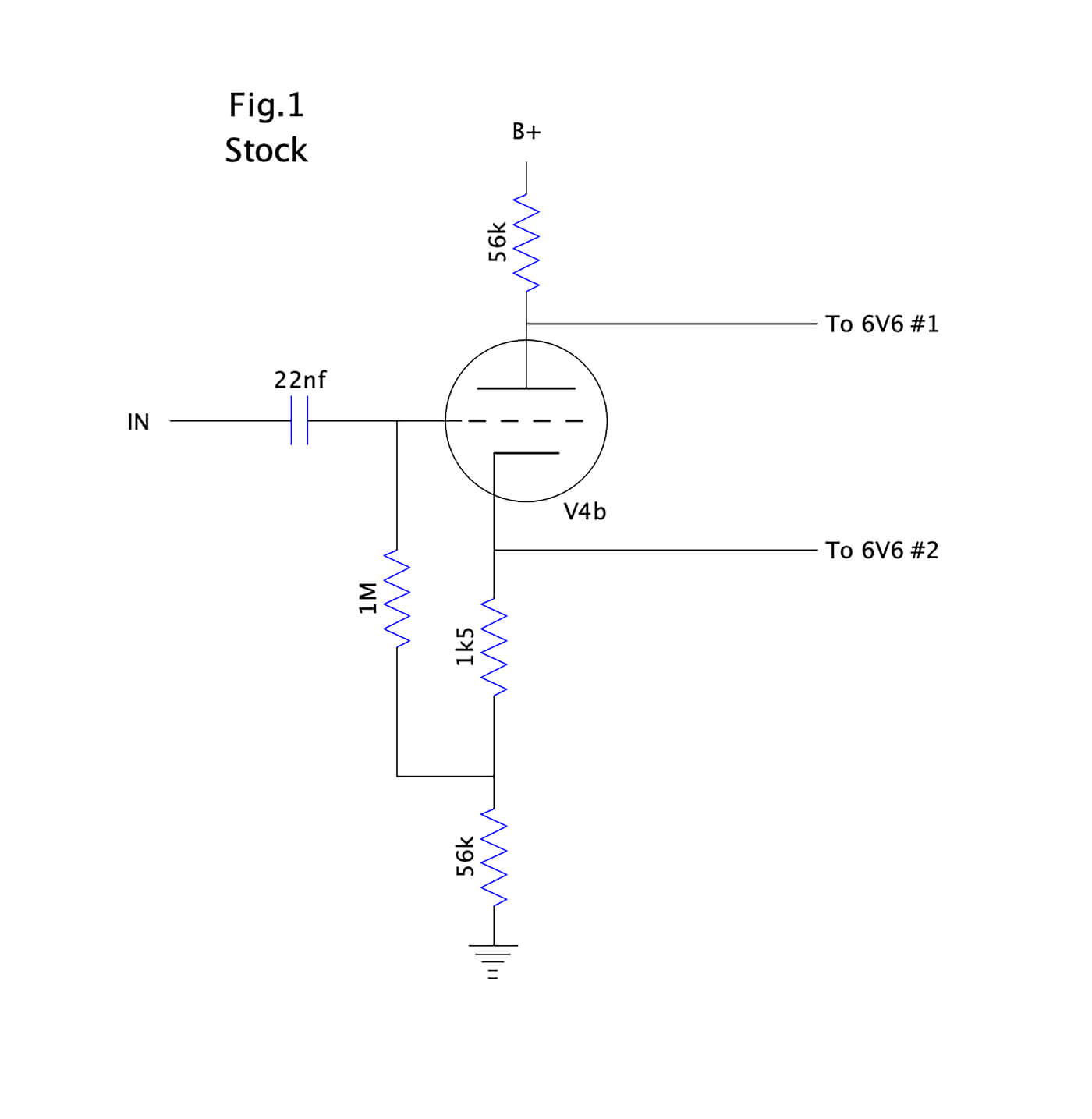 Simply unsolder the wire attached to pin seven of V4 and insert a 470k 1/2w resistor in between, with one end of the resistor soldered to the socket pin, and the other to the wire. That’s it, done. I prefer to leave the wire as it is rather than snipping short, in case the modification needs to be reversed.

So what have we done? By adding this extra resistor we are limiting the peak current flow into the valve from the source – in this case, the previous gain stage – allowing the PI to be driven hard but without going over its limit. There is zero tonal change here too, so the mod is undetectable. 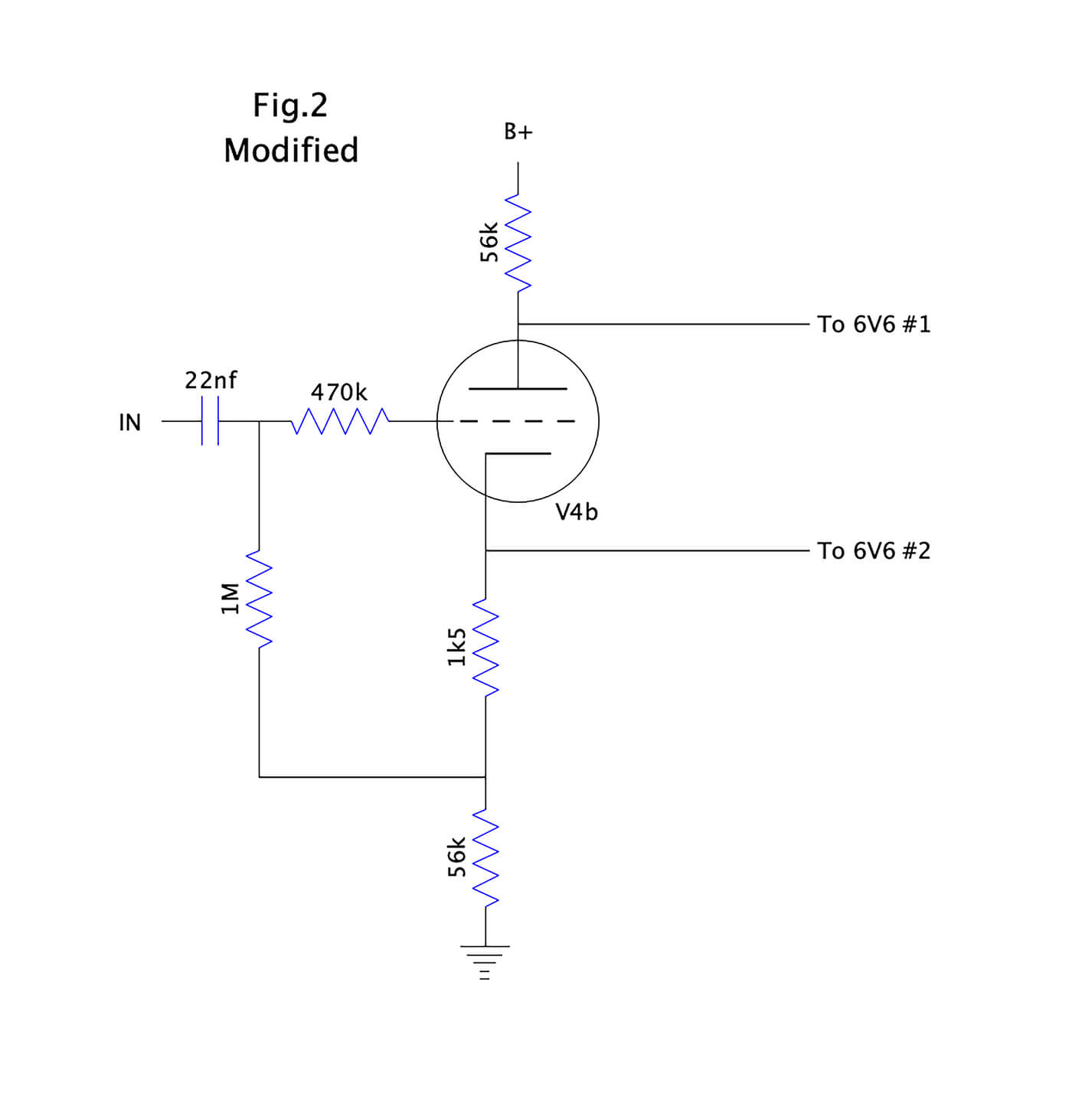 For owners of Princeton Reverbs, I highly recommend adding a 470k grid-stopper to the 12AT7 reverb-driver valve (V2), for this fixes several noise issues with that circuit.

As always, if you’re poking around inside a valve amplifier please be careful. Follow simple safety steps such as unplugging it from the wall first, measuring and discharging the high-voltage capacitors, and taking your time. If you’re unsure how to do this, your local tech will be able to help.