The Unwritten Future of Guitar: The rise of the multi-scale instrument 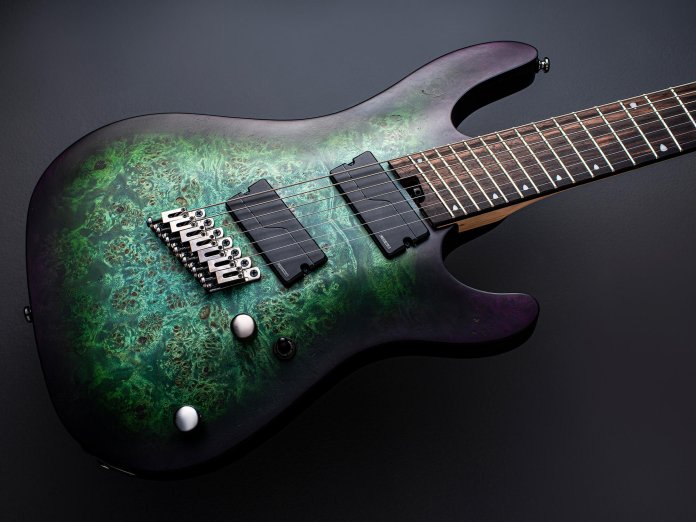 In recent years, we have seen more and more guitar players using multi-scale guitars. Colloquially known as fanned-fret guitars, I’ve been aware of these instruments for many years but as a young man I thought they were all about ergonomics, which I was not particularly concerned about. I never have an issue performing with traditionally fretted guitars, so why bother?

Some years later, I began to hear them described differently, as ‘multi-scale’ guitars. This term refers to the fact that each of the guitar’s strings is given its own scale length to maintain even string tension and tone. It also improves intonation. The ergonomics are indeed improved but this is an unintended consequence, and not the purpose or impetus of the multi-scale guitar’s design.

The theory of stringed instruments suggests that there is an ideal length and diameter of string for any given tonal range. Imagine the inside of a piano. The strings for the low notes are thicker and longer than those for the high notes. Look at the string instruments in a symphony orchestra: the violin has a smaller scale length and thinner strings than the viola, as follows the cello, then double bass.

If this theory is true on a larger scale, over multiple instruments, then even on a micro-scale each string should benefit from its own scale length.

Let’s apply this to a four-stringed bass guitar, imagining that each string represents a different stringed instrument: instead of a G string, a violin; the D is a viola; the A is the cello’ and the E the double bass. Voila! We have a new ideal scale length representation for each string.

With this in mind, the idea of the multi-scale guitar makes more sense to me. But now we have another problem: if this is a functional improvement, with empirical evidence, then why do we still make less functional guitars? You know, the ones with the inferior nut, saddle and fret positions that are parallel to each other – in other words: the guitar as we know it.

“Between two products equal in price, function and quality, the better-looking will outsell the other,” said Raymond Loewy, the father of industrial design. Note that he said “equal in price, function and quality”. If a product does not measure up equally in these three areas, we must make it better looking, the fourth criteria. Multi-scale guitars out-function single-scale guitars. They are not equal. 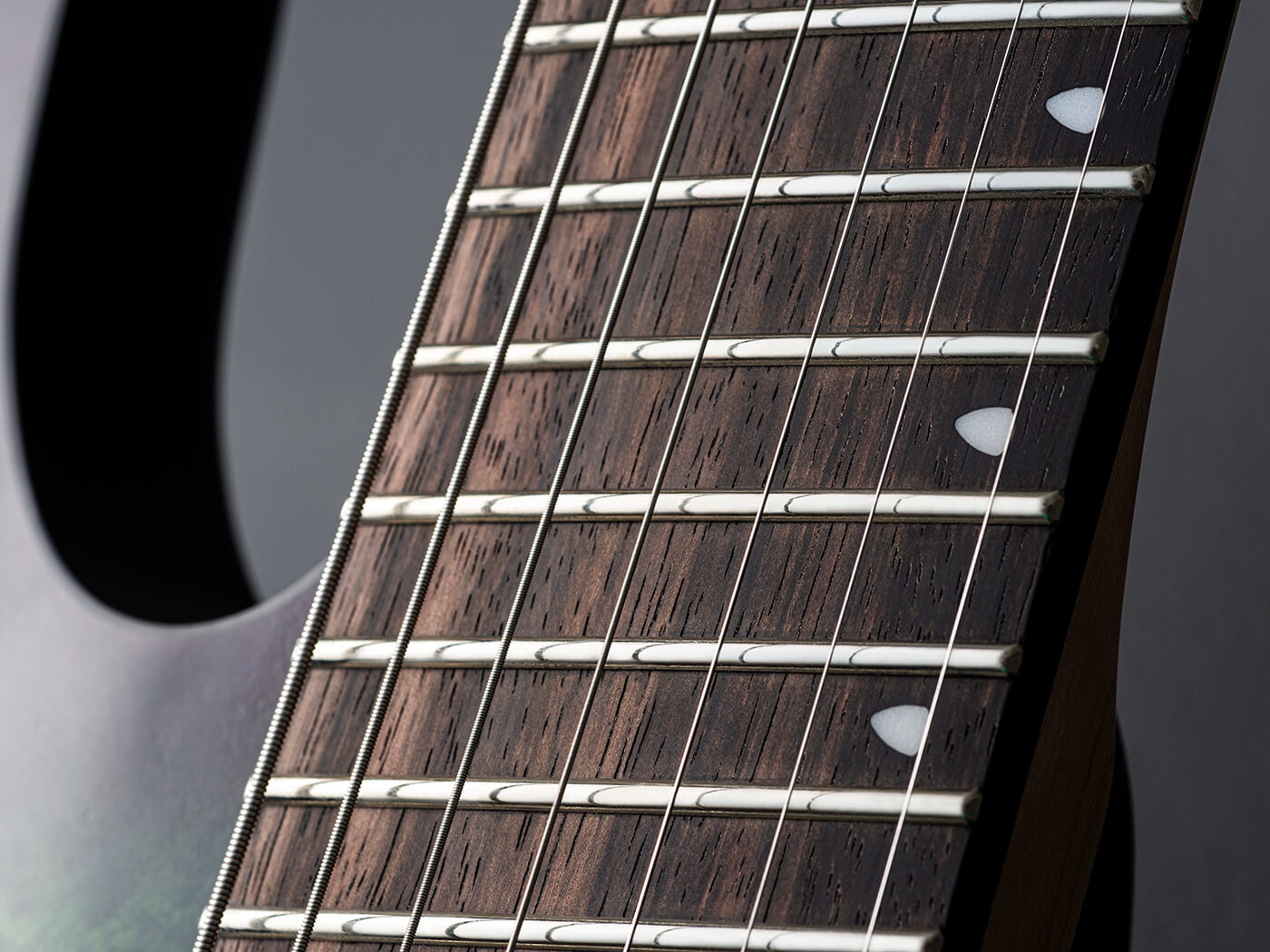 However, multi-scale guitars do not outsell their inferior parallel-fret competition. Why? Firstly, innovation is time-consuming and expensive. As a result, innovative products are usually more costly than the existing, more established competition. They are not, therefore, equal in price, one of Loewy’s four determining factors.

It takes time for demand to rise to the point of attracting competition, which in turn leads to economies of scale. Most multi-scale electric guitar makers still have to make their own hardware and pickups to match their new designs, which is costly. In contrast, if you make a traditional parallel-fret guitar, you have thousands of pickup and hardware options, with varying degrees of quality, function, price and style. In short, traditional guitars are much cheaper and easier to make.

Multi-scale guitars have existed for many decades in the boutique guitar market, and count among their long-standing believers makers such as Dingwall and Greenfield, plus a growing list of custom makers. This takes care of Loewy’s third criteria, quality. You’d be hard-pressed to out-quality the likes of Greenfield and Dingwall.

But let’s get back to the price. It’s only recently that large-scale manufacturers such as Ibanez, ESP, Eastman, Cordoba and even Dingwall and Strandberg have begun offering more budget-friendly multi-scale guitars. However, most are still well above $1,000. Meanwhile, there are any number of parallel-fret guitars on the market for as little as $100. The result? Most people buying their first guitar will choose a regular instrument based on economics – and things will stay that way until there are equally priced multi-scale guitars to choose from.

With modern guitar heroes such as Tosin Abasi, Andy McKee and Adam ‘Nolly’ Getgood, as well as a substantial increase in manufacturers offering more multi-scale options at ever decreasing prices, there is a case to be made that multi-scale guitars are the future. But will they ever overtake the less functional parallel-fret models? If Raymond Loewy’s theory is right, it’s only a matter of time until the multi-scales tip in their favour and the parallel-fret slides into antiquity.

Jamie Gale is a guitar industry insider, educator, consultant and curator of the Boutique Guitar Showcase.