The untold history of Kay Guitars

The Kay Musical Instrument Company produced countless guitars under countless names. We trace its history, from the first mass-marketed electric to those still on the vintage market. 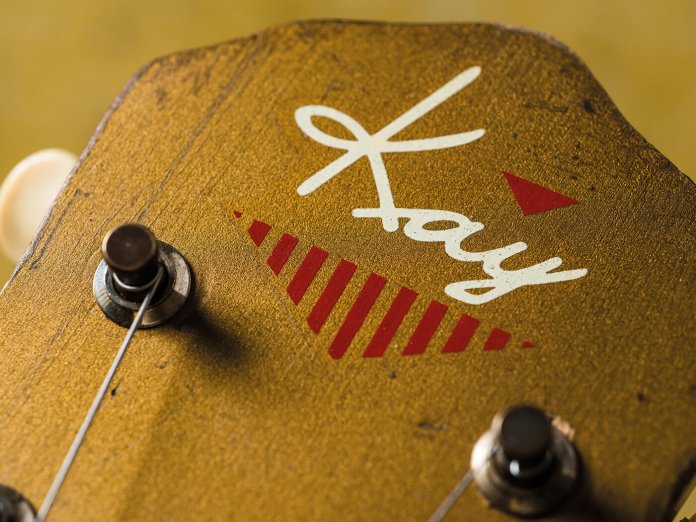 In 1928, Henry ‘Kay’ Kuhrmeyer and his financial backers Stromberg and Voisinet were responsible for what was perhaps the first commercially available electric guitar, the Stromberg Electro. Of course, electric guitars already existed by this point, but Kuhrmeyer found a way to mass-produce and market them on a level that had never been seen before.

Soon after, in 1931, Kuhrmeyer bought out his financial partners and founded the Kay Musical Instrument Company in Chicago. By 1935, the company had built a new factory in the city and was producing 100,000 instruments per year, including mandolins, lap steels and banjos.

The Kay Company sold these instruments under various brand names, such as Groeschel, Stromberg, Kay Kraft, Kay, Kaywood, Lark, Kamico, Arch and Arch Kraft. Kay Guitars would also work with other companies and distributors, who would often order custom guitars adorned with their own branding.

Naturally, this caused confusion. Kay-made guitars – as well as those built by local rivals Harmony – were marketed under many names, depending on the catalogue they were sold out of: Silvertone, sold by Sears; Truetone, sold out of Western Auto; Custom Kraft, the house brand for the St Louis Supply Company; department store JCPenney’s Penncrest line; Airline, originally marketed and sold by Montgomery Ward; Old Kraftsman, the Spiegel catalogue brand; and Rex parlor guitars, sold by Gretsch.

For the most part, these were standard blue-collar guitars. By 1938, more than 60 per cent of Kay’s finished instruments were being sold outside Chicago by these distributors.

As if that wasn’t enough, Kay also made amplifiers. This work, though, was sub-contracted to Valco, a competing independent company, in the 1950s. Around this time, Kuhrmeyer also poached three luthiers from another local rival, Lyon & Healy, to help further the design of his company’s guitars, particularly their archtops. 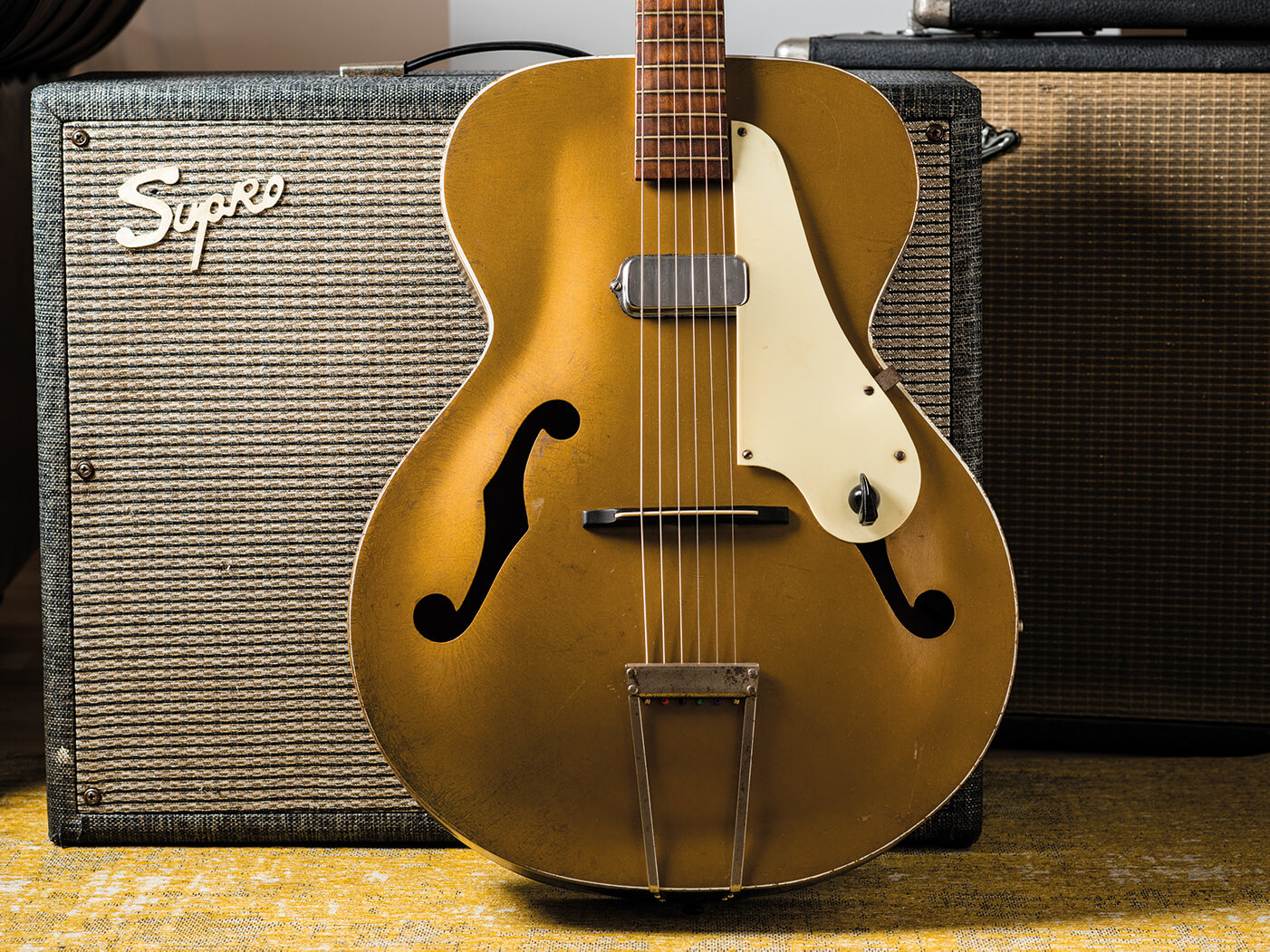 The war for the windy city

Home to Harmony, Lyon & Healy, and Valco – itself responsible for National and Supro – Chicago was a competitive location for Kay Guitars to set up in. In 1967, Valco bought the company and continued to produce Kay guitars, the only notable change being the name on the headstock, which now read Valco.

Unfortunately, only a few years later, Valco dissolved under the weight of competition from the Japanese market, inventory mismanagement, mounting debt and more. But the Kay brand name Kay lived on. It was bought in 1969 by Weiss Musical Instruments, who slapped the name on the headstocks of their Japanese import guitars so that they’d sound familiar and be more marketable to US retailers. 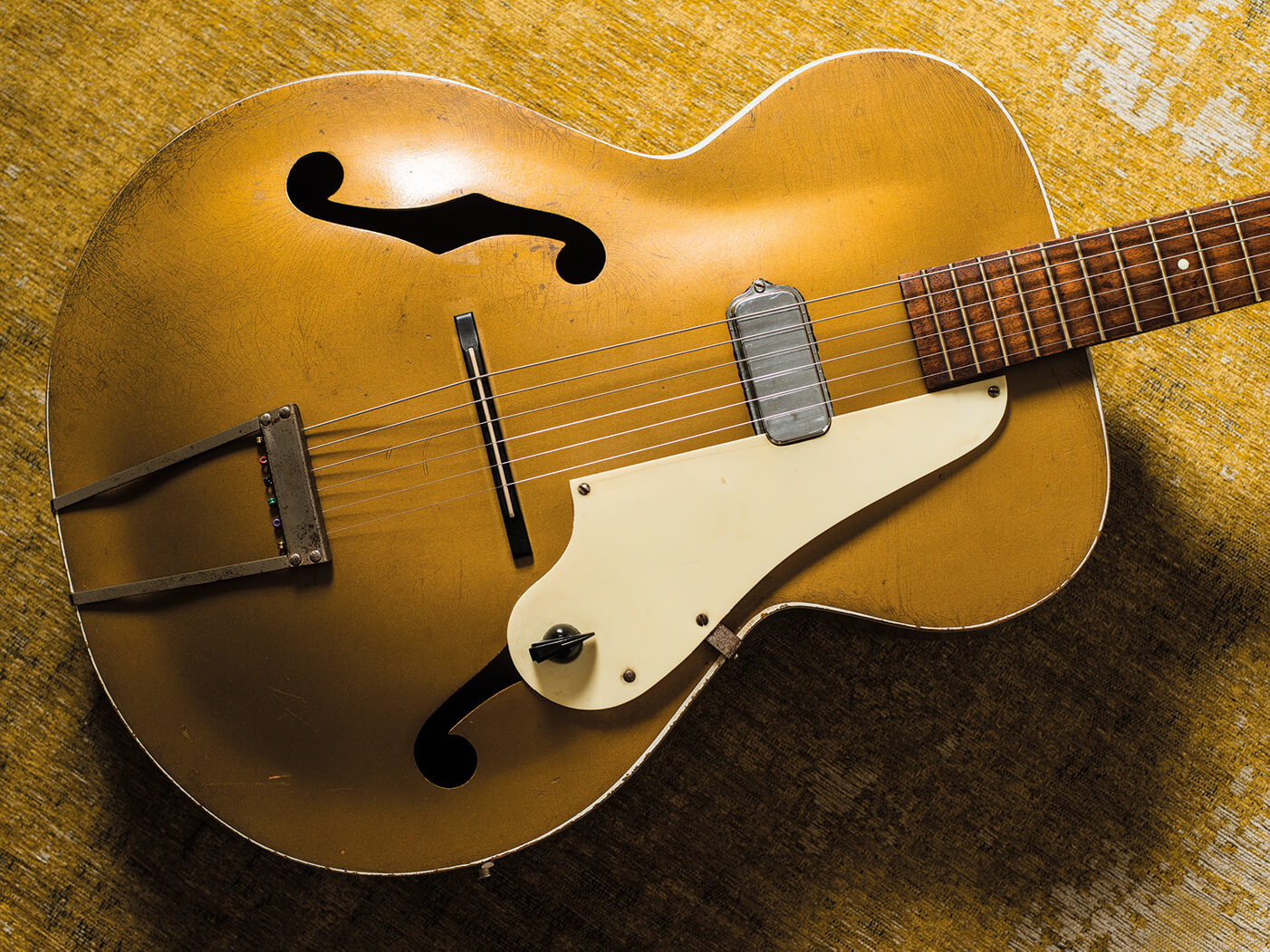 Many of the countless guitars produced by Kay are still available on the vintage market, under a variety of names. Because so many were produced and their quality was often considered inferior to that of Gibson and Fender instruments – especially after the arrival of solidbody guitars in the 1950s – there was a time when you could find them in pawn shops and second-hand stores for next-to-nothing prices. Then the White Stripes happened…

Jack White’s use of Kay products, including his Valco-made Res-O-Glass Airline and Kay Archtop, inspired something of resurgence, even if Kay guitars never reached the reverence that the biggest American brands did.

White’s archtop was believed to be a Kay K6533 Value Leader. The guitar was originally a tobacco sunburst model but was covered in Kraft paper in 2001 – supposedly to stop the feedback through the f-holes but White has shrugged off the question in multiple interviews.

Whatever its finish, White’s use of the K6533 proved that great music could indeed be coaxed out of mass-produced ‘budget’ instruments by the likes of Kay and Harmony, and sent many musicians in search of their own low-cost vintage instruments – which drove up the price of vintage Kay Guitars.

The legacy lives on

The serial numbers on Kay instruments can be difficult to trace, as they often corresponded to the batch being made at the time, and changed from model to model. As for construction, the pre-1960 tops on the archtops and flat-tops were generally spruce, although cheaper versions featured birch tops, backs, and sides. Mahogany and maple were commonly used on backs and sides too. Some early Kay instruments had carved tops, but they were typically laminated and pressed – a cheaper and faster way to produce an arched top.

While some Kay-made guitars featured maple or mahogany necks, the most commonly used wood for budget models was poplar. The fretboards were typically Brazilian rosewood up until the 1960s, when it switched to Indian rosewood or maple that had been painted or stained a darker color. If your Kay has a zero fret, it came after 1968, when the company was owned by Valco. Steel reinforcement bars were typically used in necks until the early 1960s, at which point adjustable truss rods became more common. Some claim that Kay Guitars used DeArmond or Gibson pickups – they did not. The pickups were wound by Kay factory workers in-house.

As for the instruments themselves, Kay guitars have been met with both criticism and celebration. While the company mass-produced guitars to sell them at lower prices, they also made custom instruments for artists. Kay guitars have been seen in the hands of Keith Richards, Jimi Hendrix, Jerry Garcia, Bob Dylan, Tom Petty, Beck, Joe Walsh, and many others. Elvis Presley’s first guitar was a Kay flat-top acoustic.

During the company’s 38-year run, it put instruments in the hands of music legends as well as, more importantly, working-class musicians for whom access to such tools was not always easy. We think that’s a legacy to be proud of.