The 12-year Saturday Night Live veteran tells us all about his love of fuzz – and the story of his new signature Walrus Kangra pedal. 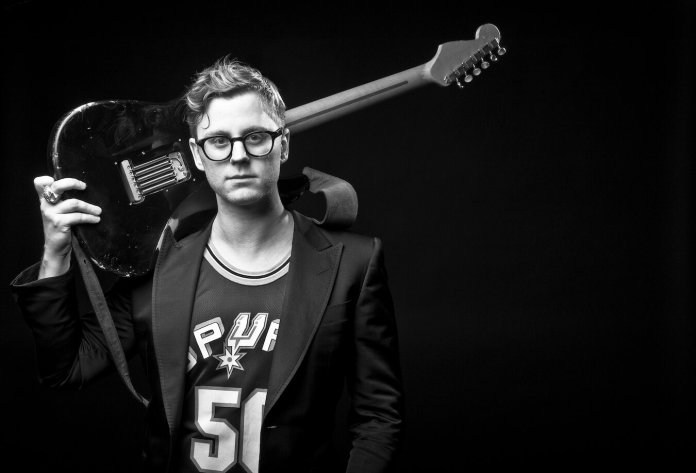 If you’ve watched US comedy institution Saturday Night Live at any point in the last decade or so, chances are you’ll have spotted Jared Scharff in the background, guitar in hand, as a member of the show’s house band.

Scharff is also a session player and producer and releases instrumental music under the moniker Pearl Lion. He’s also a dedicated tone hound and fuzz fanatic. As a result, it should come as no surprise that he’s developed a brand-new signature Kangra guitar pedal with US boutique maker Walrus Audio, based loosely on his beloved 1960s Kay Fuzz Tone filter fuzz, but with a lot more going on besides.

We picked Jared’s brains about how he started working with Walrus, the development of the Kangra, and what’s in a name… 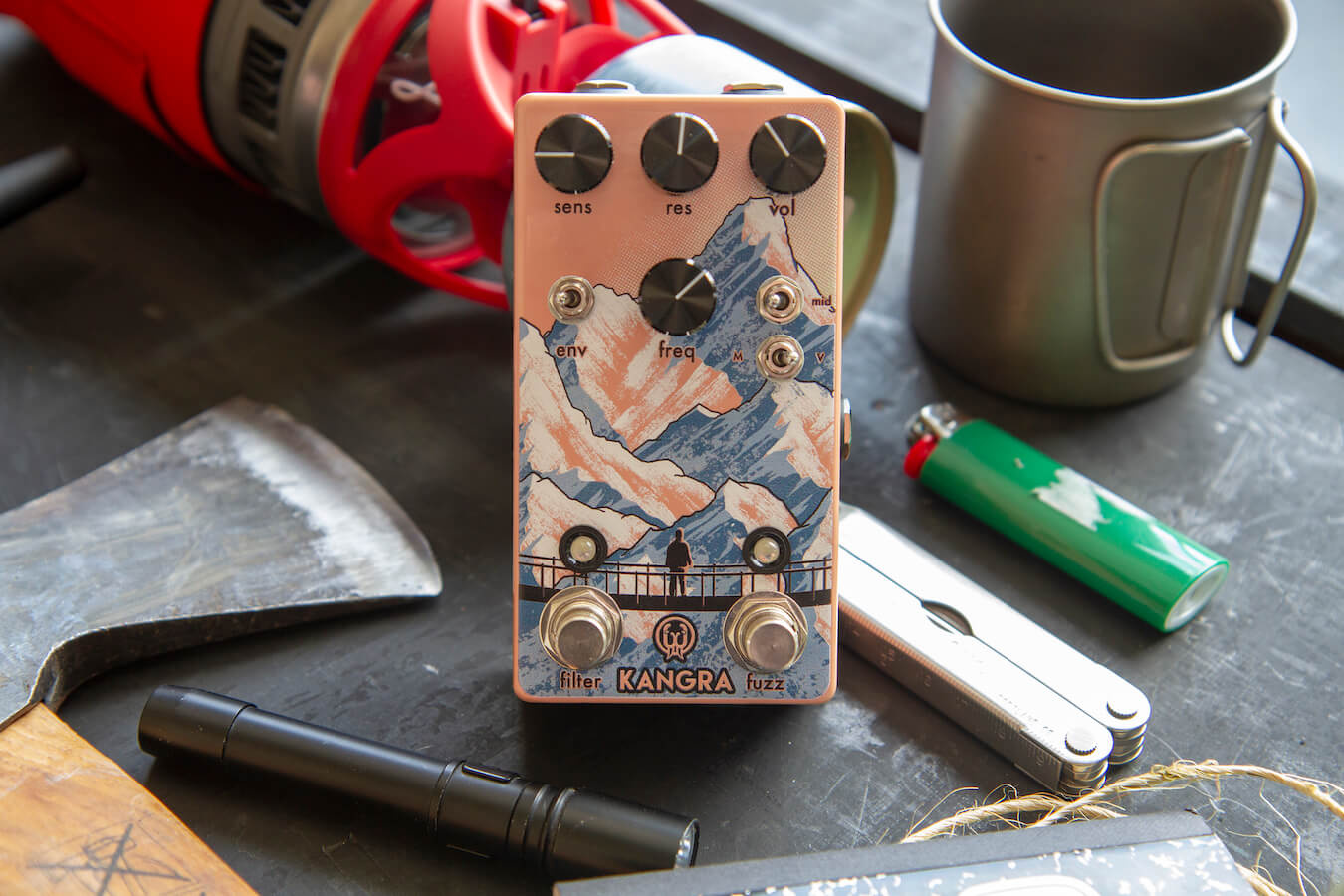 You describe yourself as a bit of a fuzz fanatic…

“I am a huge fuzz fanatic! I love how it takes the guitar into a more synth-like dimension and the overtones, sustain… there’s just nothing like it. I remember growing up with a piano in my house and playing with the sound using the sustain pedal. I loved how the notes flowed into one another and I was always searching for that sound on guitar.

“It wasn’t until I found fuzz where I finally felt I had that true sustain and singing quality for the guitar. Amp distortion is great, but something about a fuzz feels like a train is behind you pushing the sound through your hands.

“And I love all types of fuzz. They all have different characteristics, personalities, tone stacks, etc. When I first heard the Smashing Pumpkins album Siamese Dream my jaw dropped. Just between that album and Hendrix Fuzz Face vibes, you can see how different of a palette you can create sonically.”

How did you start working with Walrus Audio?

“I got involved with Colt [Westbrook] and Walrus back when the Jupiter Fuzz came out. I really loved it and have been using Walrus non-stop ever since. I have no less than four or five Walrus pedals in my chain every day that I record music. They make phenomenal pedals and are really great dudes – a world-class operation.” 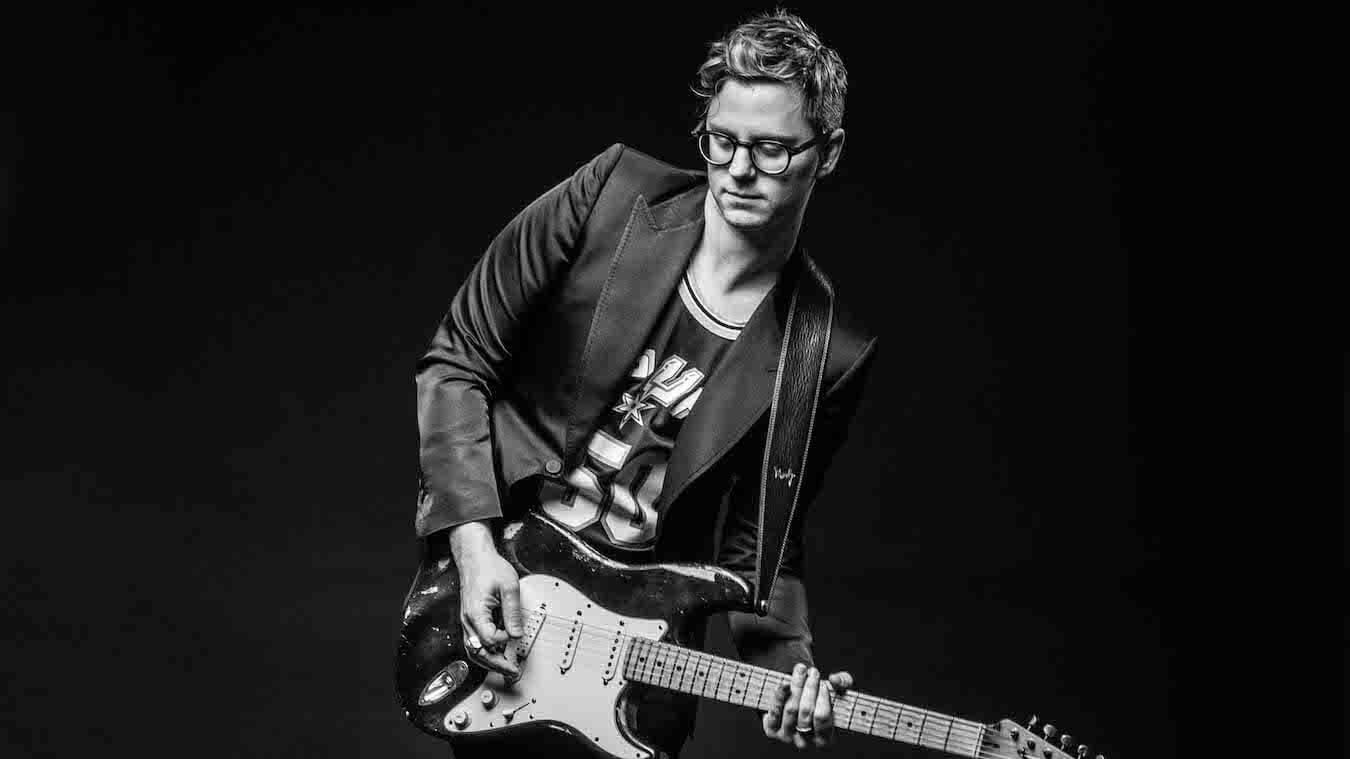 The Kangra is a ‘filter fuzz’ – can you explain how that works in practice?

“The Kangra is described as a filter fuzz because the pedal is based on a Kay filter fuzz from the 60s. My brother-in-law Joe Karnes (bassist from Fitz And The Tantrums) had this magic Kay filter fuzz. I fell in love with it and started using it on a lot of recordings for Pearl Lion (the filter sweeping fuzz intro in the song Robert Paulson is that exact pedal).

“A filter fuzz is basically a fuzz that is sweepable through an EQ. Similar to a wah, but not nasal or ‘wah’ sounding. A smooth, sweepable fuzz that happens to have some super spatty and high octave colors in the main sound. So if you use an expression pedal, you get the classic sweepable fuzz option, another example is the intro to U2’s Elevation.

“If not using expression pedal, the filter circuit gives you a secondary tone option. You can use the fuzz as is, no expression pedal, and you get a bright, aggressive big fuzz sound and you can dial in your filter for anything. Can be a nasally high mid frequency or low cut and milky. So stepping on the filter side once the fuzz is on gives you a whole new colour to wherever you want to set the frequencies and resonance. You can also use the filter without the fuzz as a completely independent setting to give your amp a whole different EQ or frequency boost.”

How much back and forth was there in the development of the Kangra?

“There were a bunch of conversations about the design of this. I came to them with the dream of having a filter fuzz and an independent clean filter in one pedal with an expression-pedal option. We started talking and it grew to become so much more. They took my concept and brought so many additional great ideas to the table like the mid-boost circuit, adding an envelope, etc. Together, we made this thing become a beast of a pedal that can do so many things.” 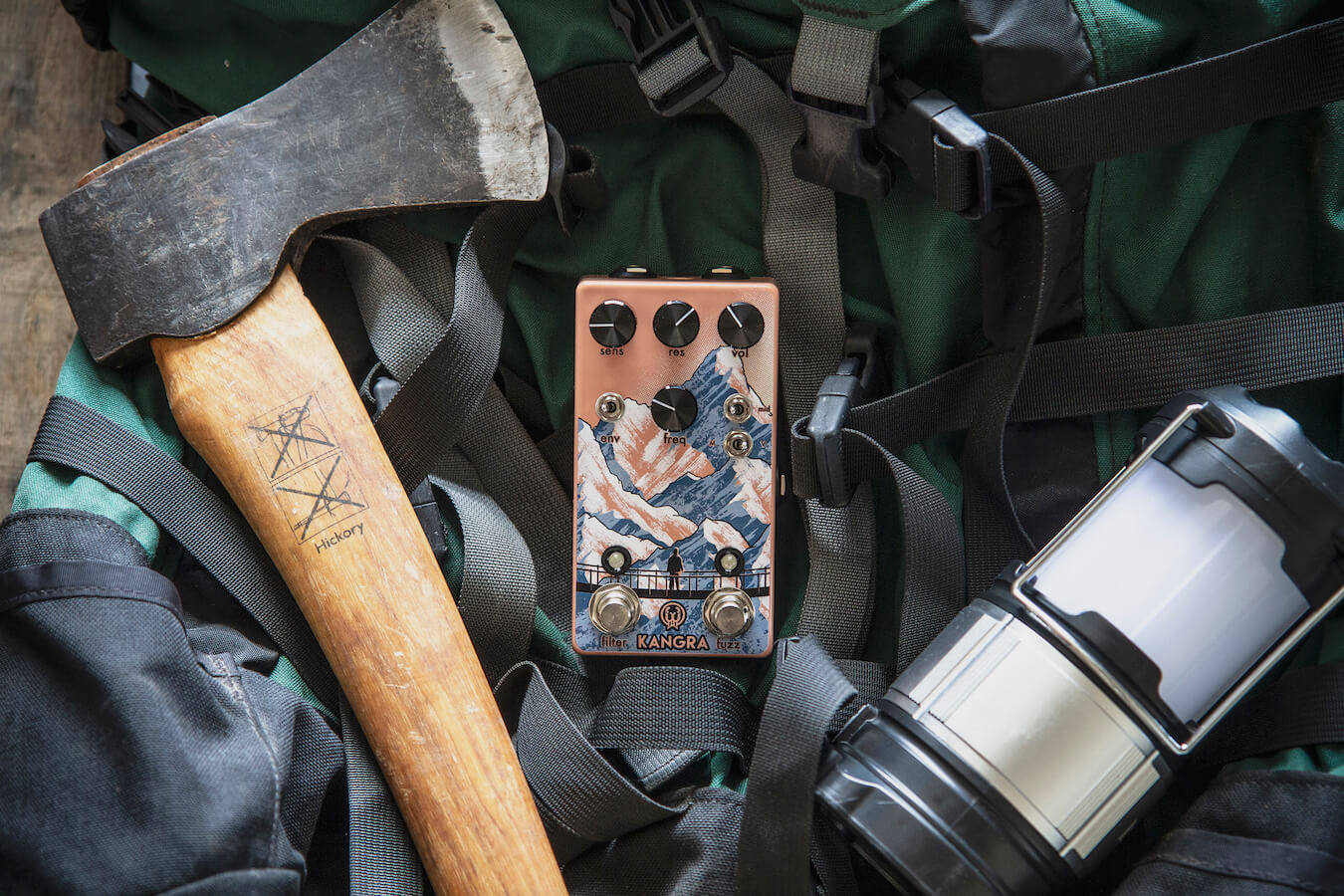 Walrus pedal names usually come with a story attached, what’s the significance of the Kangra?

“I personally wanted a name that spoke to the duality of the pedal – the fuzz and non-fuzz side. After many conversations with Walrus, I mentioned my Pearl Lion song called Himalaya that’s a big fuzz song, but more importantly, was named after the feeling of staring up at the epic mountain range.

“Colt kept searching and being like, ‘I love that, but dig deeper’ – and eventually, I mentioned the Kangra Valley where I stayed in India. It was this tranquil and peaceful valley right below the Himalayas, but if you look up ahead, the heaviness of the Himalayas were right there. This truly represented the duality of the pedal. Everyone loved it and off we went.”

What would you say makes the Kangra different to other fuzz pedals?

“What makes this pedal different than other fuzz pedals is that it’s like five pedals in one. Already, just having a sweepable filter fuzz in a modern pedalboard-friendly package makes it pretty different than what’s out there. Add to that the clean filter sweepable section; here, you can do gorgeous ambient sweeps, or pop rhythm where you’re like a DJ and filter sweep your own part, or just change your overall tone.

“Add to that the envelope! You can get some fun auto-wah type effects here (fuzz or clean, think John Mayer Vultures-ish) and you can also just have a fuzz pedal and add a fun EQ filter to it giving you two totally different sounds in one. Or you can use it as a fuzz and the filter side as an EQ switch-up for your amp, for a new tonal variation. It’s kind of become a little Swiss Army knife of a fuzz.”

The Walrus Audio Kangra is available now, priced at £179. For more information visit walrusaudio.com. Read our review of the Kangra here.