If your favourite semi-hollow needs a little TLC, here’s a useful guide to help you out. 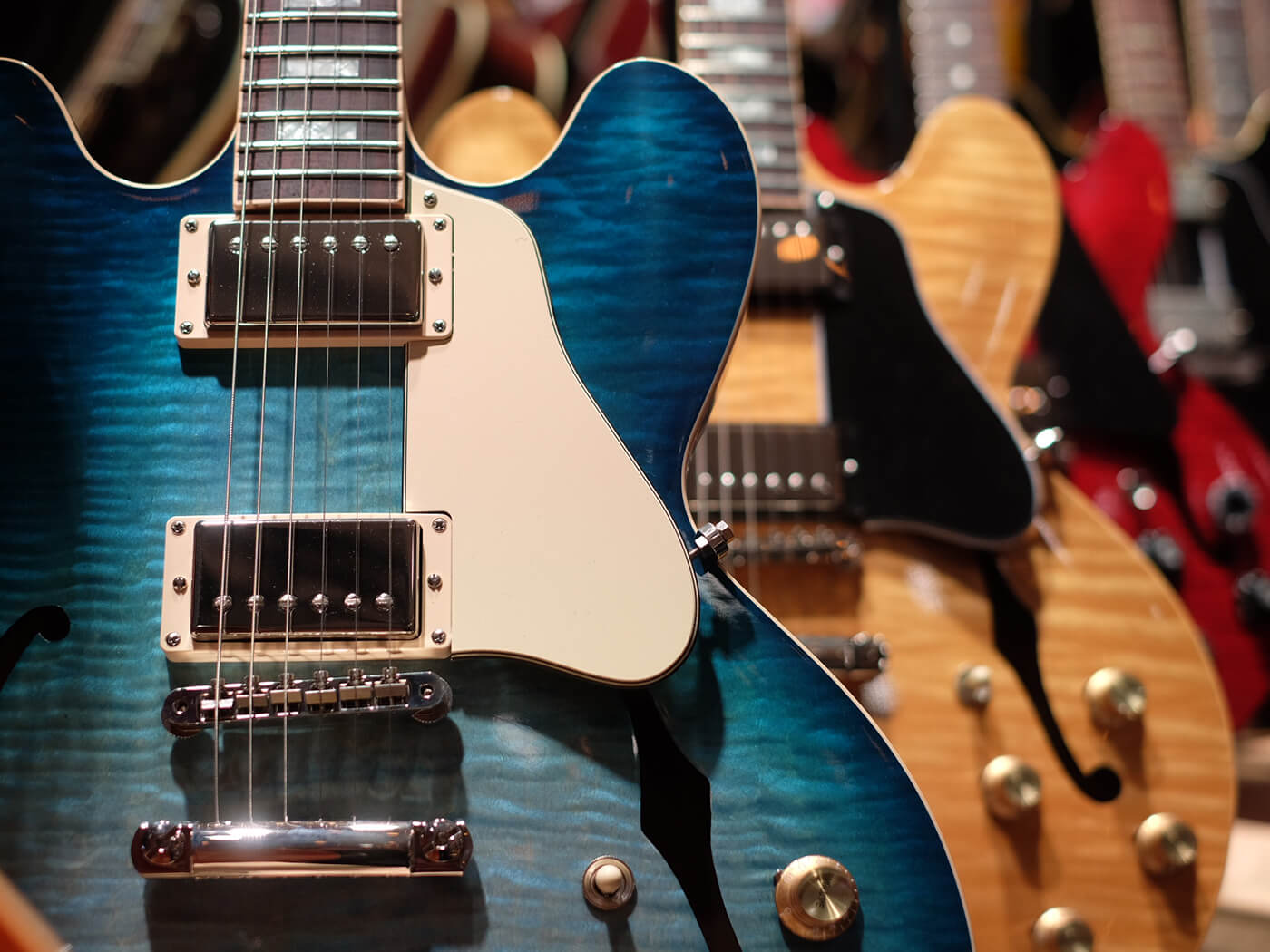 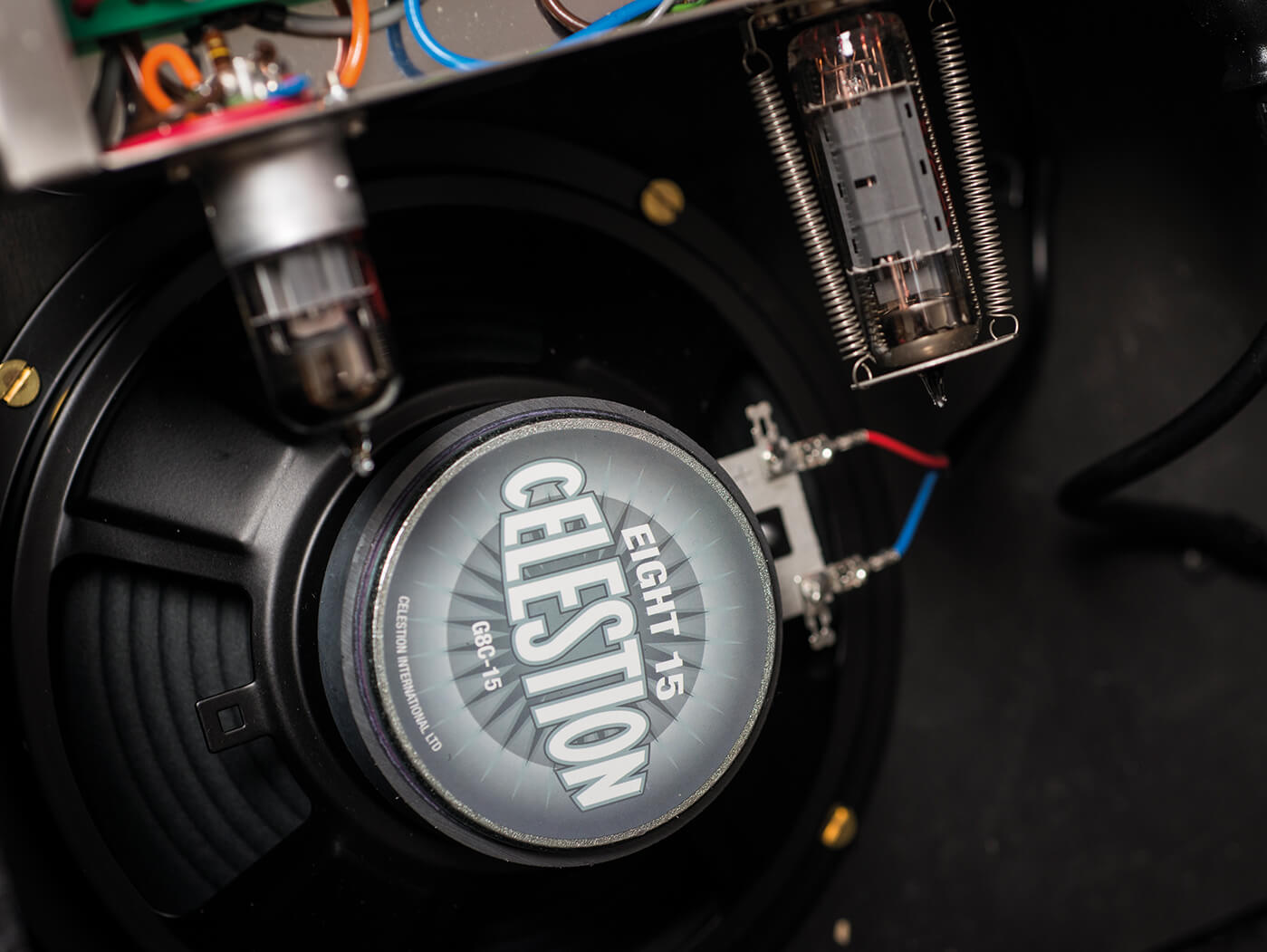 With more and more venues insisting on whisper-quiet stage levels, it makes low-wattage amplifiers and feedback-prone guitars with unpotted pickups more viable for gigging than they’ve been in decades. When stacks were king, even centre-block-equipped guitars such as the ES-335 could be problematic.

F-holes stuffed with rags or foam are probably less necessary these days, but something that’s relatively unexplored is how the resonance frequency of individual speakers can impact on the onset of feedback. While auditioning speakers for a bespoke amp build, we noticed that two ostensibly similar alnico-magnet, 12-inch drivers – the Celestion Blue and the Warehouse Black & Blue – interacted with the guitar very differently.

Feedback happened a lot sooner with the Warehouse speaker, to the extent that our ES-335 started to behave more like an ES-330 and was hard to control. The reason is almost certainly that the resonance frequency of the Warehouse (106.73Hz) is in the low-midrange danger zone that tends to promote feedback with a semi, while the Celestion’s lower 75Hz rating is safely out of harm’s way.

Learn to use your controls

Here’s a ‘mod’ that’s completely free and takes no time at all: learn to get the best out of your guitar’s onboard controls first before contemplating a pickup change. While almost everyone reading this will be familiar with rolling back the tone with gain to nail Clapton’s ‘woman’ tone, there’s another cool trick that works particularly well with an ES-335. In order to add depth to the bridge-pickup tone while retaining bite, first flip your pickup-selector switch to the middle position. Then roll the neck-pickup volume back a couple of notches, stopping at the point at which you hear the neck pickup’s bass end shelve off. The result? You’ll get a thicker version of your bridge-pickup tone without any flab – it’s a fantastic rhythm sound that works particularly well for filling space in a live mix if you are the only electric guitarist in a band.

Vintage Trouble’s Nalle Colt is primarily a Les Paul guy but his advice is transferable for players who use vintage-style ES-335s: “I ride the volume control a lot, that’s my whole thing. Since we started this band, I’ve liked to get kind of a gritty amp and then just turn down to get it to clean up. There’s something so nice when you hear that volume go up and it just feels and sounds natural.

“[For rhythm] I’m usually set about five and a half or six on a Les Paul, in the middle position. Then you can just turn down the bass pickup a little bit – it’s amazing. The stuff you can do is incredible, there’s a thousand sounds in it if you are willing to work at it. You’ve got to fight the adrenaline, as usually you get onstage and end up just flipping it to the bridge pickup, but you’ve gotta train yourself! For me, it came from watching Jimmy Page play so much, he was the master of that.”

We’re not going to make many friends at retrofit-tuner companies now, but honestly, the majority of tuning difficulties have very little to do with your machineheads and are likely down to friction at the nut or bridge – you’ll often hear a tell-tale ‘ping’ when tuning if a string is binding in the nut. This can be eased with a lubricant such as Big Bends Nut Sauce, or cheap and cheerful pencil graphite.

The choice of nut material itself is also worthy of consideration. As previously stated, nylon was Gibson’s nut material of choice back in the day, while unbleached bone is the preferred choice for many contemporary luthiers. Aside from benefits to tone, sustain and tuning stability, it’s also mildly self-lubricating and porous, so it absorbs any additional lube you apply and stays slippery, reducing friction. Most bone used in the guitar industry is a by-product of animal farming – cruelty-free alternatives include Micarta (a compound of phenolic resins) and Tusq (a man-made alternative to ivory).

Get wobble without drilling 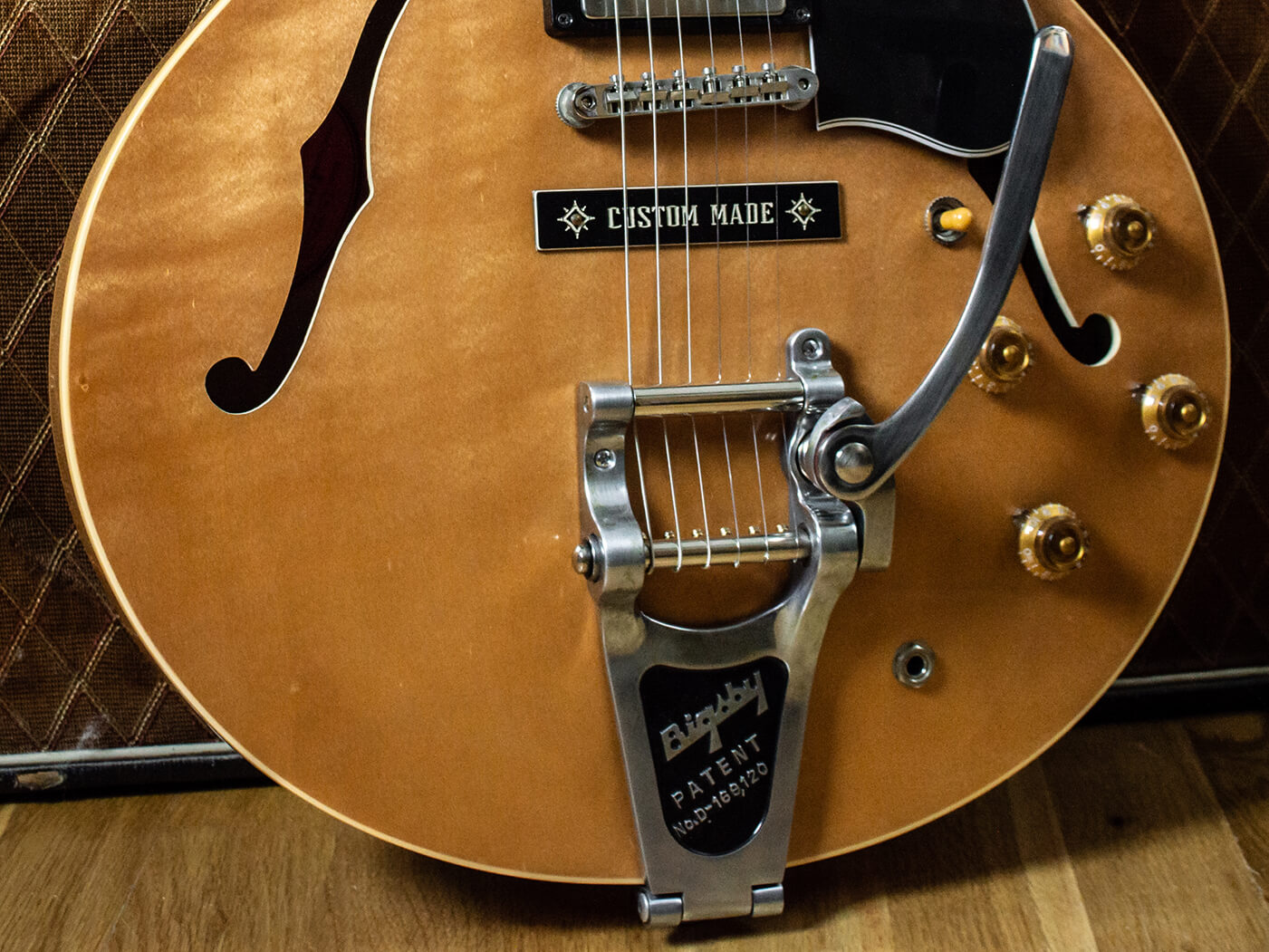 A Bigsby B3 or B6 doesn’t have a tension bar, so you don’t need to drill into the arched top of your beloved instrument to get the vintage whammy experience. However, due to a very shallow break angle across the saddles, neither option creates much downward pressure on the bridge and you’ll need to think about relocating the ground wire.

With the addition of a Towner Down Tension Bar you can create a stop-bar-like break angle over the bridge, but still get smooth Bigsby performance thanks to the Towner’s roller bar. And you won’t need to worry about the ground wire, as the Towner hooks onto your existing tailpiece studs, which you can adjust to taste. It’s an ingenious ‘best of both worlds’ solution.

If you want to install a Bigsby B7 on your ES-335 without leaving any trace or having to reroute the ground wire, then Vibramate’s V7-335 kit doesn’t require any drilling thanks to its system of mounting plates. The Vibramate hardware does add a little weight and there’s a subtle colouration of the tone compared to a B7 that’s been screwed directly into the body, but it’s a great way to audition a Bigsby without creating sawdust. For an alternative ES-335 vibrato option that doesn’t require drilling and has a different feel to a Bigsby, check out the Stetsbar or Duesenberg Les Trem.

Okay then, change your pickups

If you’ve tried everything and your ES-335 is playing like a dream but still doesn’t cut it when you plug in, a pickup change could be in order. Retrofit pickups aren’t a silver bullet for all of your tonal ills – you might find that a very good set of pickups throws the shortcomings of your guitar into sharper focus in the same way that a high-quality microphone will only accentuate the imperfections in a dubious vocal performance – but if you feel like your pickups are constricting or strangling your guitar’s natural voice, then there’s never been more choice when it comes to replacements.

Check out our guides to upgrade you Gretsch, Les Paul, Stratocaster, Telecaster and acoustic guitars, too.