Since the birth of the electric guitar, players have sought to go beyond natural ambience and room acoustics. Reverb gives us that ability. 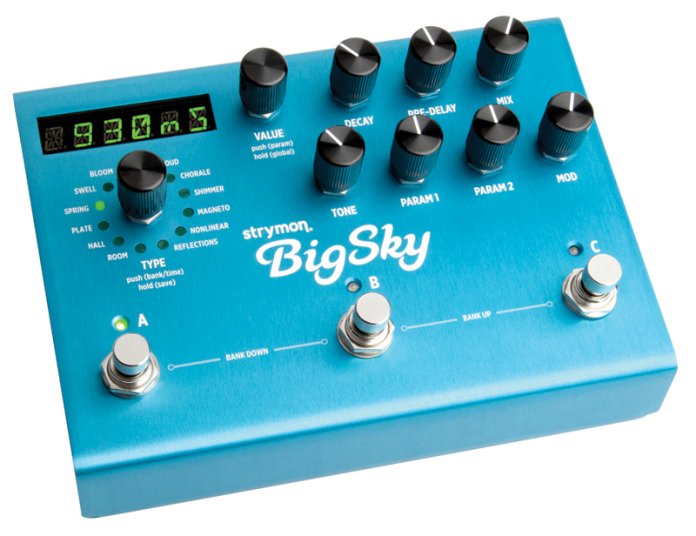 Ever since the inception of recorded music, sound recordists have attempted to incorporate natural ambience into their work to give the impression of space, distance and natural echo. Reverb is highly dependant on the type of room and the physical structure of the environment you’re playing in – as well as the speed at which the echoes of the sound return to your ears, and from what direction.

Many musicians often talk about ‘echo’ and ‘reverb’ as if they’re discussing the same concept; they’re not. Reverb (although obviously dependant on echo) takes place when a reflected sound wave gives the illusion of enhancing notes by coming back to your ears in less than 0.1 seconds. This creates a natural mix effect in the ears of the listener and enables them to imagine the space the sound is being played in.

Early experiments with capturing natural room sound required music producers to take their vinyl acetates to reverberant rooms, play their recordings back on a centrally positioned loudspeaker and then re-record the resulting sound. But what about musicians who wanted to take the sonic characteristics of a particular room and reproduce that same sound live?

The first purpose-built artificial reverb effect pre-dates the genesis of the electric guitar and was created by Laurens Hammond (he of Hammond organ fame), who was granted a patent in 1939 for a spring-based mechanical reverberation system to enhance the sound of his organs for church environments.

The principle of this system still remains widely used (along with plate reverb). Essentially, the sound is reflected back and forth through large metal springs that are strung between two coils, and variables such as decay and delay are alterable by physically widening the spring’s diameter and length.

The original spring reverb tanks were  gigantic and fairly unfeasible for travelling musicians; in common with several other amplifier manufacturers, Leo Fender adopted this artificial reverb technology for guitarists by adding a spring reverb unit to the catalogue, alongside his Brownface amplifiers, in 1961. 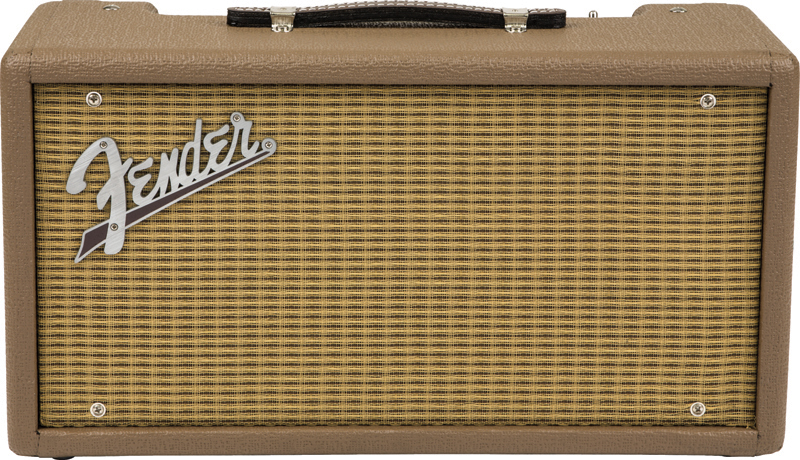 The classic Fender 6G15 Spring Reverb resembles a small amplifier head, and has three simple controls: dwell, mix and tone. Regarded by many as the holy grail of old-school spring reverb, the sound of these classic heads would become a staple of numerous emergent genres – most prominently in the sound of surf-rock and mainstream American pop of the time via artists such as Dick Dale, The Ventures and The Beach Boys.

Also in 1961, the Summer NAMM show in July saw the launch of Ampeg’s Reverberocket R-12R – most likely the first electric guitar amplifier with onboard reverb, even if it beat the competition to it by only a matter of months.

Ampeg labelled its onboard reverb control ‘echo’ for most of the sixties, and echo was already a familiar concept to many guitarists, thanks to its prevalence in 1950s rock ’n’ roll and rockabilly: Scotty Moore’s Ray Butts EchoSonic amp had a tape echo built into it, and he used this on many of the early Elvis sessions that would help define the sound of rock ’n’ roll.

Fender’s next major reverb innovation would follow in February 1963 with the launch of the Vibroverb, its first combo to include the onboard reverb circuit that would become synonymous with the Fender sound, following the arrival of blackface cosmetics later that year.

Early Vibroverbs are highly sought-after, given their very low initial production run and later use by the likes of Stevie Ray Vaughan.

Popular music and guitar technology evolved symbiotically throughout the sixties and seventies, and transistor-based stompboxes would eventually make it easier to replicate a variety of room sounds using a single compact unit.

The principles of plate reverberation are fairly similar to those of spring reverb. However, with plate reverb the audio signal requires the use of an electromechanical transducer, which generates vibrations on a physical plate, resulting in a similar but still distinctly different type of reverb sound. Spring and plate reverbs are man-made, artificial reverbs, but there are several other types of reverb that we should also talk about – hall reverb does pretty much as you’d expect, and simulates the sound of a concert hall. Normally, this consists of a series of initial, quite long, audio reflections followed by spacious decay. 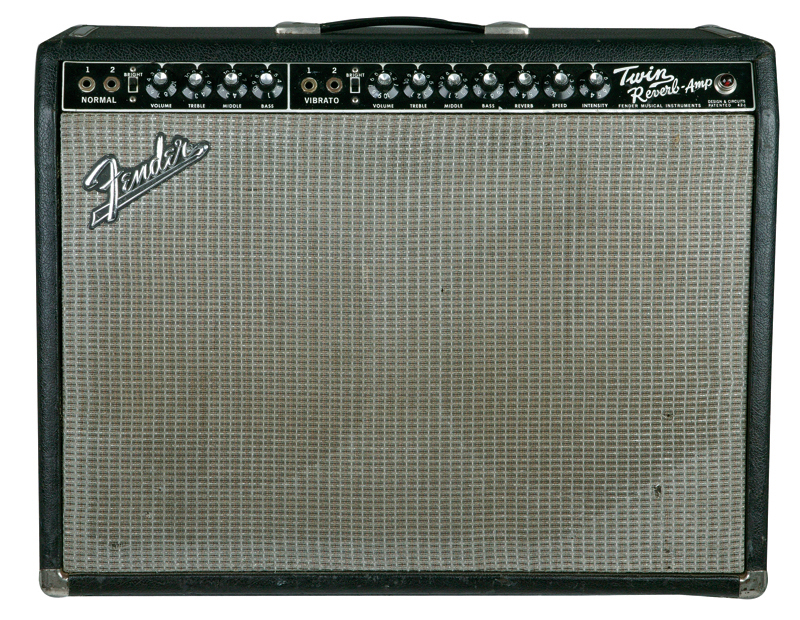 Chamber reverb is similar to that of a hall, but gives the sonic impression of a substantially smaller space, the time of the reverb is significantly shorter, and it’s one of the most commonly used throughout recording history. Abbey Road Studios used a physical chamber next to The Beatles’ creative hub, Studio Two, to run a lot of their vocal and guitar tracks through.

Although these are the core ‘common’ types of reverb, there are many other types, too – particularity in the digital world. Today, software plug-ins give producers a higher control over scalability, enabling anyone to easily sculpt their own unique reverbs, and even design their own virtual spaces.

Recording studios were the first places to use genuine digital reverb. EMT’s 250 unit in 1976 used a very different process for creating reverb – processing the audio signal by fading many feedback delay lines to give the sonic illusion of audio bouncing off the walls of a simulated space. 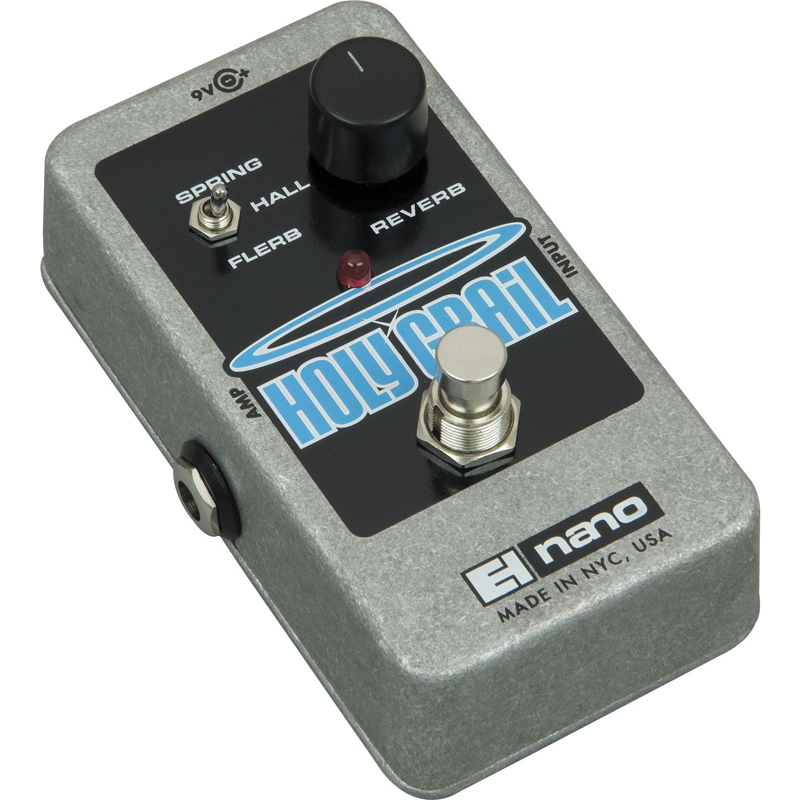 Lexicon further enhanced what digital reverb could do in 1978 with the 224 model, but for a much more affordable price – the brand soon became one of the most highly respected names in the effects industry and a go-to name for quality reverbs, not just for producers but also for stage guitarists. A wide range of much beloved Lexicon reverbs would be released, with Lexicon tech incorporated into later units such as the Digitech RV-7.

Decades later, the use of reverb on both recorded and live guitar sounds is as popular as ever, and it’s never been easier to implement. We guitarists are now able to jack our guitars into our telephones and (through apps such as IK Multimedia’s AmpliTube and TC’s TonePrint) instantly simulate any type of acoustic space, from the tiniest closet to the Grand Canyon! Imagine what early innovators such as Laurens Hammond would think of that… 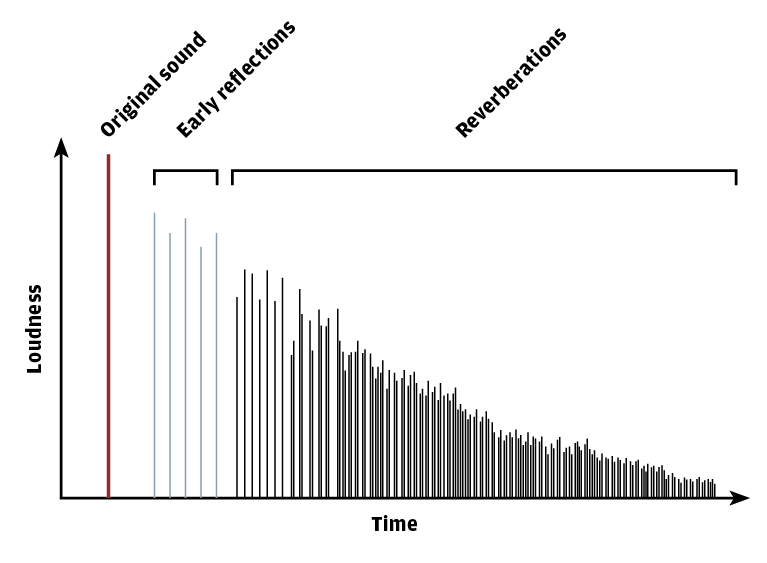 If you’re looking to splash some atmospherics across your playing, from vintage surf sounds to vast swells, here’s our pick of four of the best options at various price points to ensure you’ve got reverb covered.

EHX always adds a little extra to its pedals, so as well as classic hall and spring reverb emulations, the pedalboard-friendly Holy Grail Nano includes the love-it-or-hate-it Flerb flanged reverb. The newer Holy Grail Neo (£89) dispenses with Flerb in favour of a more useful plate sound. 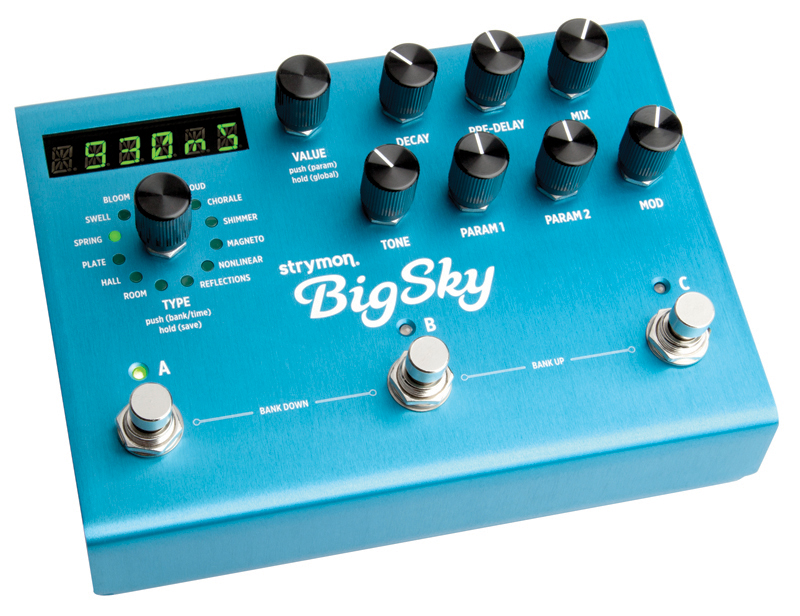 OK, so the price might make you wince, but for the more creatively-minded guitarist, there’s a world of inspiration in this fully-featured blue box, from retro spring emulation right up to massive swells and psychedelic reverse reverb textures. Post-rockers, prog-rockers and shoegazers alike will find this to be an indispensible creative tool. 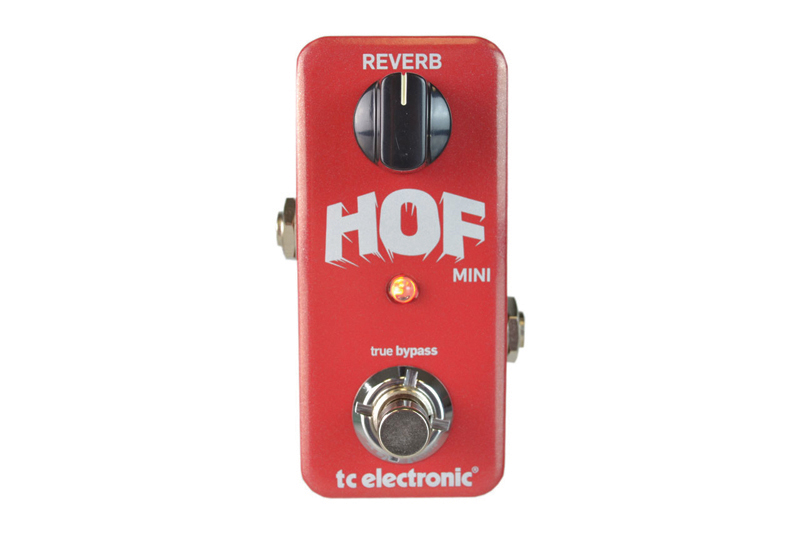 Are you short on pedalboard space but looking for a no-nonsense, versatile reverb pedal? TC’s HOF Mini might look limited, but thanks to the company’s TonePrint technology you can beam a vast array of reverb sounds into the pedal; and though it stores only one at a time, many players will find that sufficient for live use. The TonePrint Editor software enables you to design your own reverb, too. 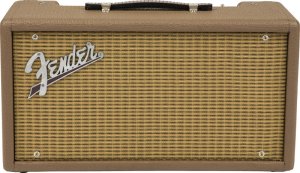 Fender’s iconic 6G15 tube reverb unit is back and available in classic brownface or lacquered tweed livery. It’s unwieldy and far from cheap, but placed in front of a Fender-voiced 6V6 or 6L6 valve amp this is the sound of vintage surf. For a convincing digital emulation in stompbox form, try Catalinbread’s Topanga (£159), which wowed us last month, scoring 9/10.