Learn to play guitar like Mark Knopfler in five minutes

The percussive and iconic style of the Dire Straits legend has captivated millions, here’s how to nail the basics. 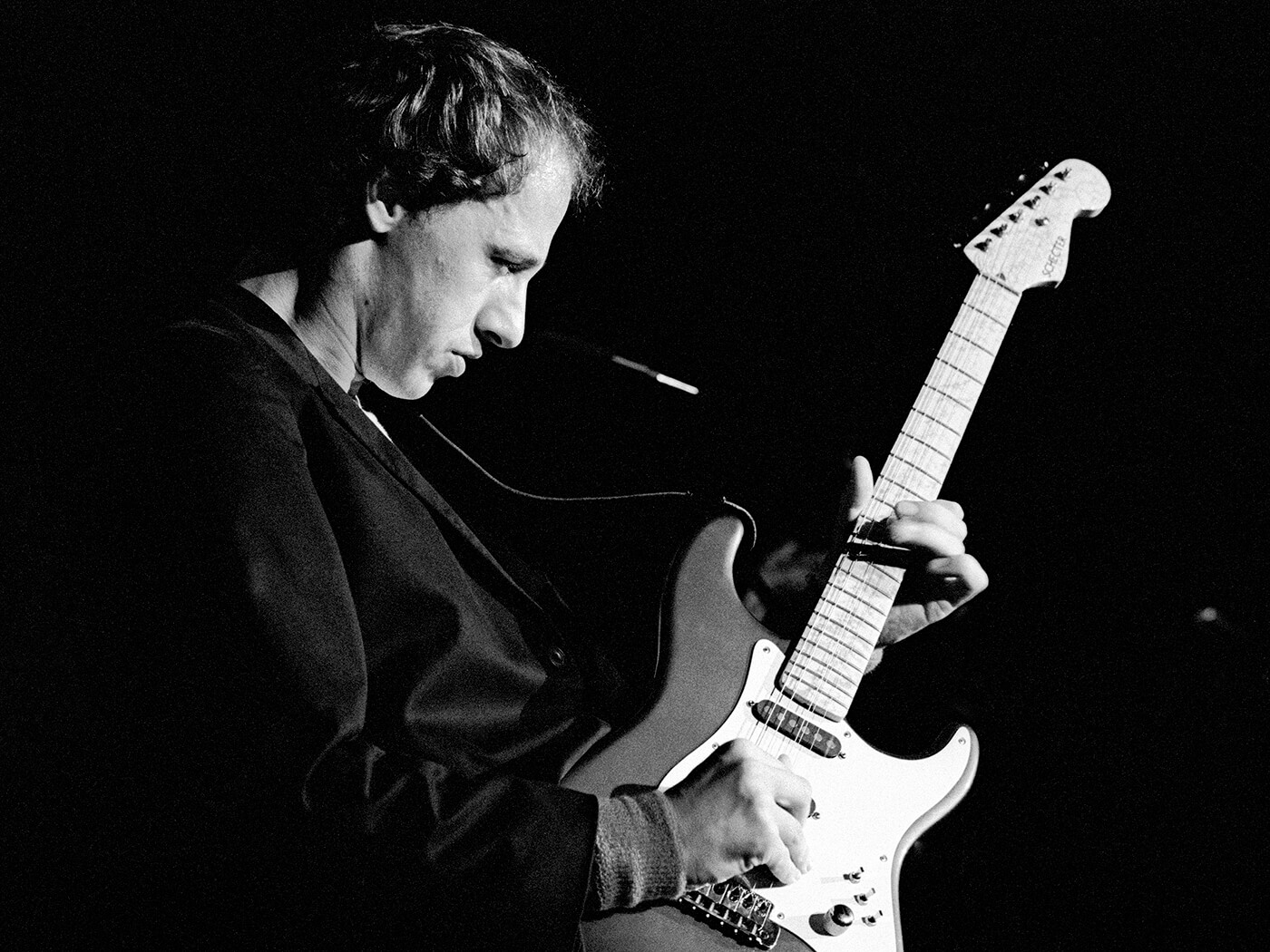 Mark Knopfler is one of the most influential and important guitarists of all time, but he’s also one who stands apart from many of his rock and blues peers. With his fiendish ‘clawhammer’ fingerstyle technique at the core of how he approaches the instrument, there’s a lot more to his style than getting sumptuous clean tones on position two and four on a Strat.

There’s so much to unpack with Knopfler’s technique, but these are some basic shortcuts to get you in the mind of the man himself.

Dire Straits songs are often based around snappy, finger picked double stop riffs like this. This riff sits in the key of G minor. While you’re not actually playing any full chords in this, you’re implying a C, B♭ and Gm chord. There are some percussive hand slaps too. To play these, simply hit your hand down onto the strings near the bridge.

Short, raked chords in the middle of lead lines are a big part of the Knopfler tone. Doing these with your fingers can be tricky at first. Try to use your thumb for the first two notes of the triad and your index or middle finger on the final note to give it a little ‘pop’.

Knopfler is a big fan of country guitar and this minor pentatonic style lick has a country flavour. As you’re playing fingerstyle, you can get under those strings a little to make them pop. The second bar also contains one of those trademark Knopfler string rakes!

When you think of the Dire Straits you might not think of blisteringly fast lead guitar lines, but Knopfler is no stranger to pulling out the odd speedy line. This lick starts slow but builds into a descending, rolling pentatonic pattern that switches between 8th and 16th note groupings.