Capture the dramatic, eye-catching style of the man with the polka-dot Strat in our latest blues lesson. 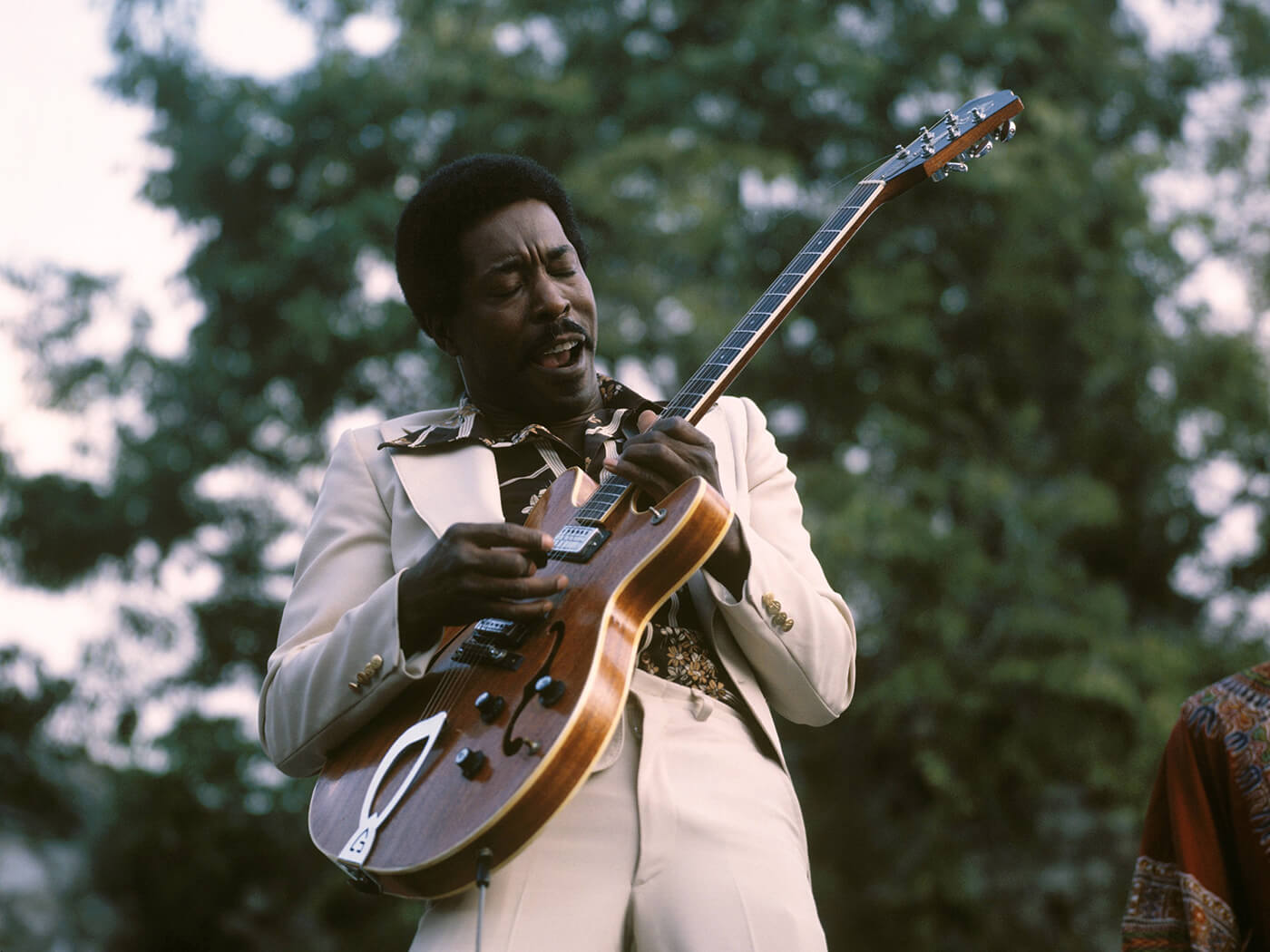 Buddy Guy is a bona fide legend of the blues, and still going strong at 84 years of age showing everyone else how it’s supposed to be done. Born to Louisiana sharecroppers, young George Guy’s childhood picking cotton was transformed when he fashioned himself a diddley bow and began to make music with string and song.

By his late teens, Buddy was playing guitar in bands around Baton Rouge, but it was his move to Chicago in the late 50s that truly launched his career. While he’s often described as an exponent of ‘Chicago Blues’, his style is distinct from that sound, encapsulating influences both traditional and modern to create a sound that has influenced everyone from Hendrix and Clapton to John Mayer and Gary Clark Jr. Buddy’s style is all about surprise – pulling the listener in with sudden changes in tempo or dynamics, incorporating everything from rock and soul to avant-garde jazz in the mix.

In this lesson, we’re going to dig a little into Buddy’s fiery blues licks and aggressive pentatonic style.

This turnaround style lick makes for a fantastic opening lick to introduce your song or guitar solo. It’s based between the first and second shapes of the C minor pentatonic scale before jumping up to the fourth shape for the ending.

This lick can be adapted in many ways just by changing the feel. You can play it urgent for a fast blues or laid back for a slow blues. If playing it slow, really hang on the slides and apply lots of vibrato.

Buddy Guy often uses repeated phrases and motifs in his solos, especially at a peak moment in the solo. This second shape pentatonic bending phrase is an example of this. The first few measures set the lick up by implying the bending phrase, before a full bar of repeated, speedy bending kicks in.

Dyad chords make up a large part of Buddy’s playing style, especially when he’s trying to make the guitar scream in an aggressive way. These chords come from the fifth and fourth pentatonic shapes. As you play these, dig in. Buddy picks these hard to get them to really bite. Once you’ve run down the dyads, you can end on a simple lick as shown here.

Another Buddy-style use of dyads is this tremolo picked idea. He often drops into this sort of thing when he really wants the solo to take off and go somewhere a bit crazy. It’s based on the same principle as the previous lick, but you’re digging into those dyads more with tremolo picking. Don’t worry too much about accuracy here, it’s more about creating a mood and creating some intensity within the guitar solo.

This final example is another repeated idea based on the first pentatonic shape. It shows Buddy’s use of quick note flurries. He often inserts short bursts of speed into his playing, especially on descending licks like this. Notice the space between the flurries too. This creates breathing space which makes the lick seem more focused in the mix.

These five Buddy Guy style licks are all in the key of C minor and are played in 12/8 time. You can use these principles in 4/4 too, as the feel between the two time signatures is fairly similar.