Following on from Part One of our look at some classic Bowie chord sequences, we add strange intros and adapt some piano parts for guitar. 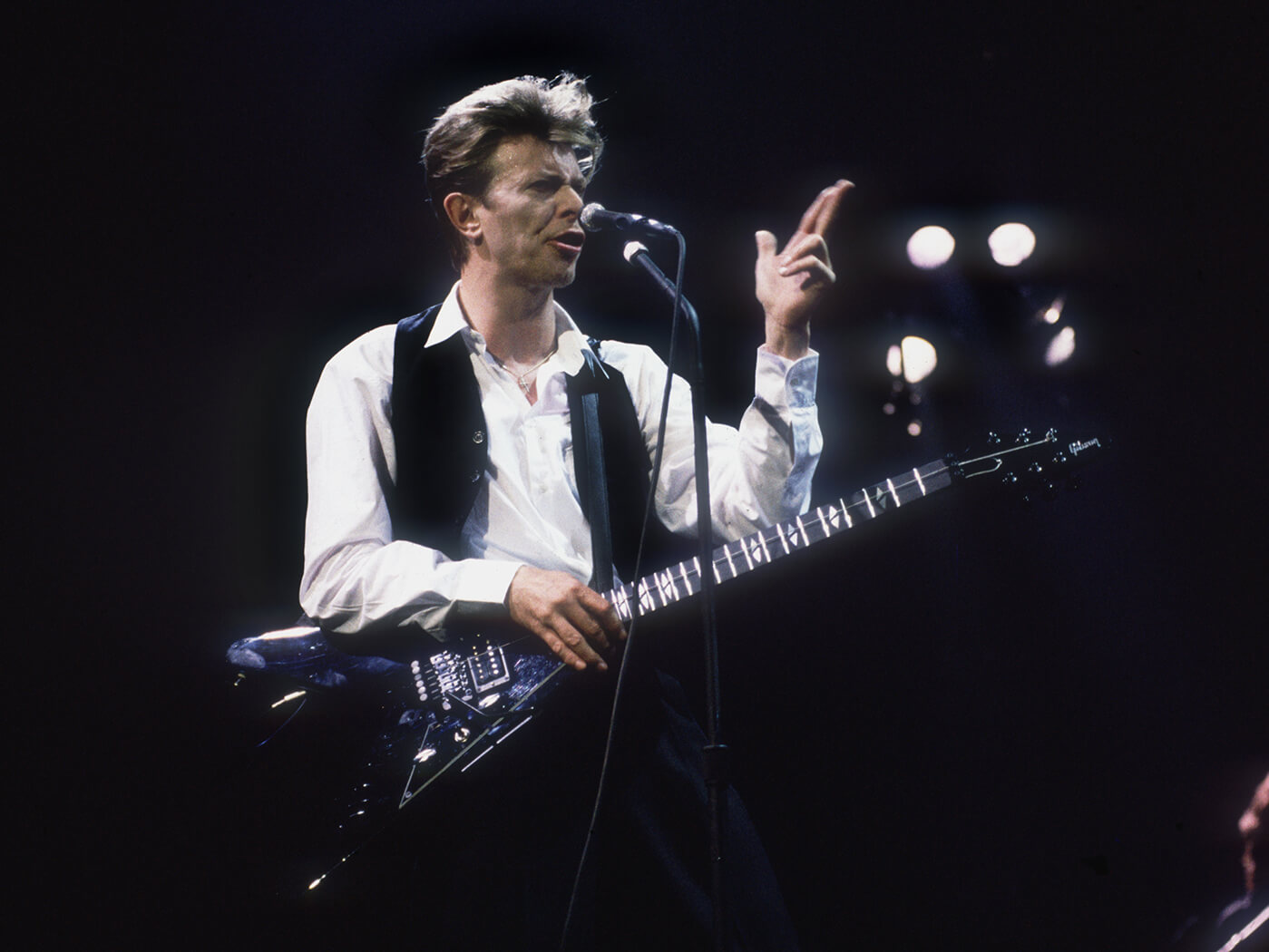 David Bowie has never been considered one of the world’s most outstanding guitarists. However, he was a very competent rhythm player and played acoustic guitar in the background of many of the classic early tracks. He also frequently played the intros.

Figure 1 is typical of the sort of thing you’d hear on the Hunky Dory album and is by no means easy to play. The difficulty stems from the need to leave the open first (high E) string ringing in both chords. This means using fingers two, three and four at the third fret in the first chord and then the thumb over the sixth string in the second chord. If you’re going for that Bowie vibe when writing songs, don’t forget that Bowie seldom used material from his verses and choruses for his intros – we think a G minor would work well to start off a verse after this.

Another challenge here is that we are at the lowest end of the guitar, where the frets are furthest apart and the nut is trying to hold up the strings that we are trying to press down. It is also important to use the tip of the first finger to mute the sixth (low E) string in the Bb chord – another tricky aspect of this sequence. All these examples are meant to be played with the pick, and preferably on acoustic; in Figure 1, try a ‘one-and-two-and-a’ rhythm and make the most of the dissonance provided by the open first (high E) string. 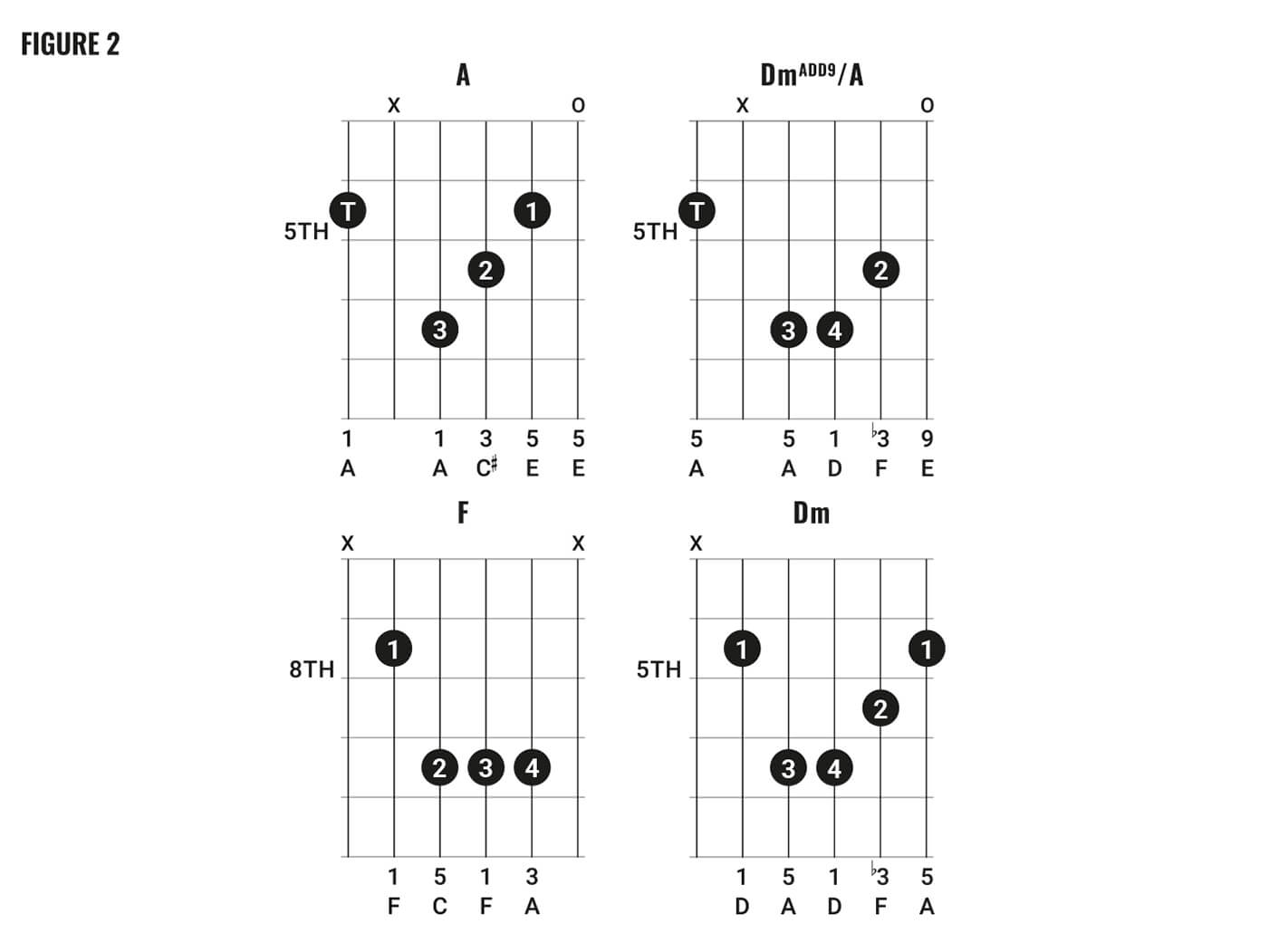 Moving on to Figure 2, the A major chord is essentially the same shape as the Fmaj7 chord in Figure 1, except that it omits the A string, which can be muted using the tip of the third finger. Once again we have the open E string, but this time it doubles the note which is already at the top of the chord.

This same open string also gives us an added ninth in the D minor chord. The thumb remains where it is, holding down the note A on the low E string and creating the slash chord ‘D minor added ninth with A bass’. Repeat these two chords as often as you like and then use the F major chord to climb out of the sequence before stopping dead on the plain D minor barre chord and pausing for four beats before repeating the whole pattern. 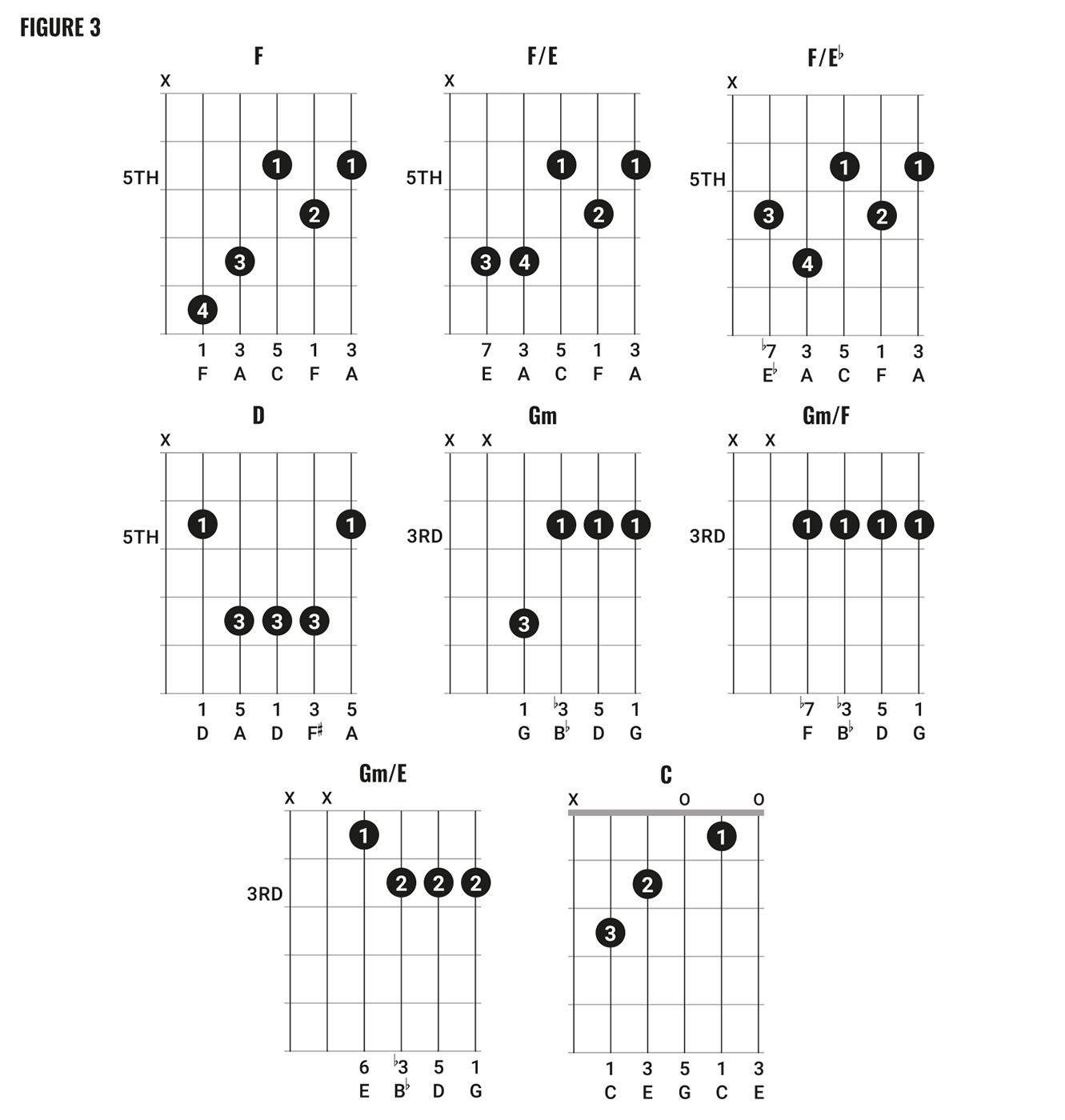 Pianist Rick Wakeman added considerably to the palette of sounds available to Bowie on Hunky Dory. In Figure 3, we take a look at an eight-bar chord sequence inspired by one of the piano tracks on the album, which has a distinctive descending bassline. One way to play this on guitar is to pick the bass note of the chord first and then lightly strum the upper notes of the chord. Aim to hold onto the bass note so it rings throughout the bar.

Between the chords F/E and F/E♭, it should be possible to simply slide your third finger down one fret, making this change much more straightforward. If playing a D major chord with your third finger lying down is a challenge, use fingers two, three and four are like we did for the F major chord in Figure 2.

Getting a bit theoretical for a moment, it is worthwhile to take a closer look at some aspects of this chord sequence. While descending basslines are in themselves not exceptional, the F/E♭ chord is effectively F7 in third inversion. F7 is the dominant of B flat, so we could reasonably expect B flat major (or possibly minor) to be the next chord. It could for example be B♭/D, thus preserving the chromatic bassline. Instead, we get the D in the bass, but as the root of a D major chord, which is the dominant chord of G and the music swerves off towards G minor to continue its seemingly continuous descent. 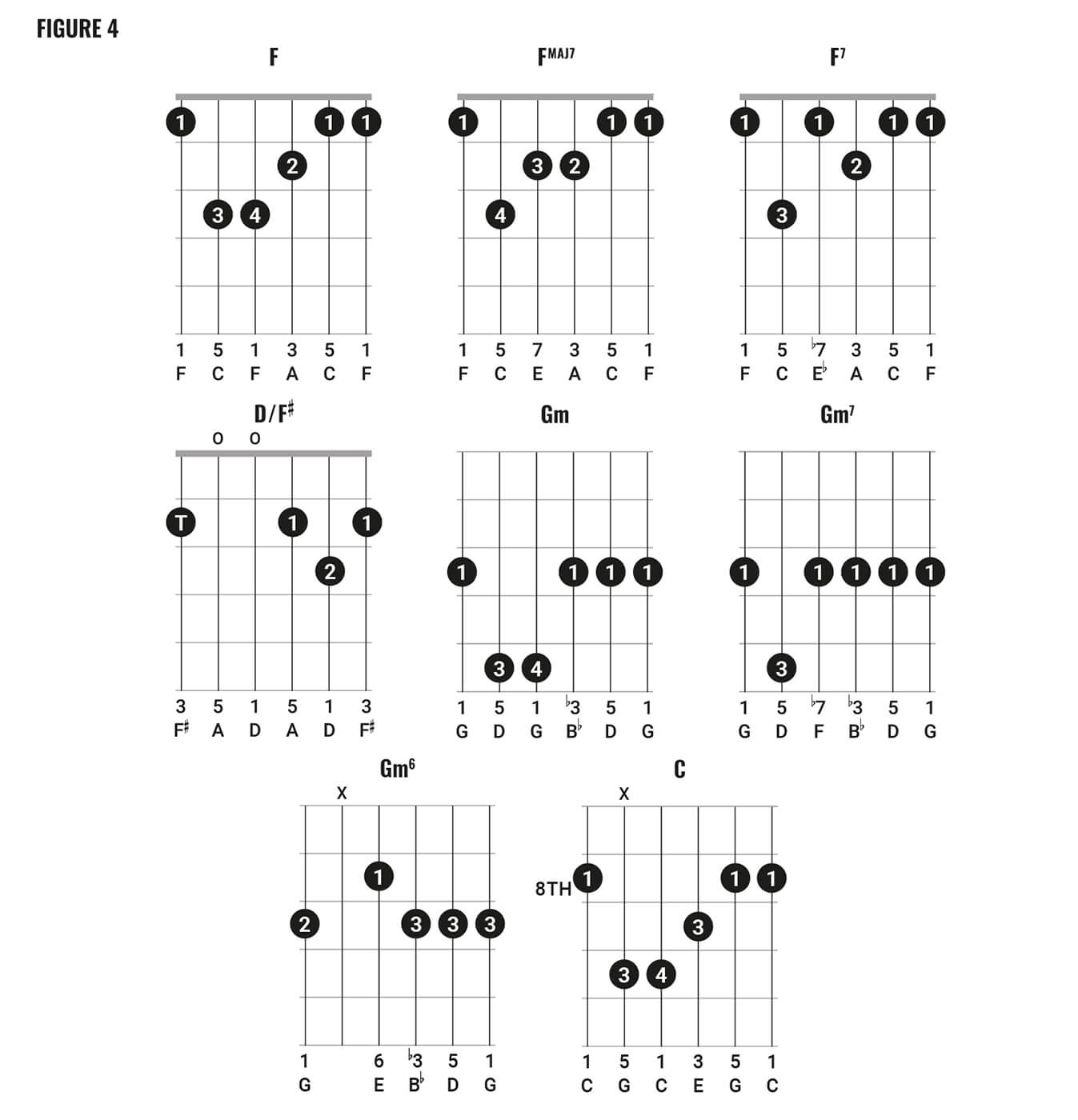 In the hands of a pianist, we could imagine the bass note of each chord being played with the left hand and the remaining notes with the right hand. Figure 4 reimagines the entire sequence as if Bowie had played it, perhaps as an intro, on an acoustic guitar, using the big five and six note chords that he often seems to prefer.

The descending bassline has been moved to an inner part on the D string, and apart from the inclusion of D/F♯, which pushes even more strongly towards G minor, the chord sequence remains essentially the same. Compare this version to Figure 3 and consider using either of these approaches next time you are working out some chords on guitar.

Recap the Bowie-style chords introduced in part one here.