Two Tone’ was first conceived by the Texan singer-songwriter in 2015. 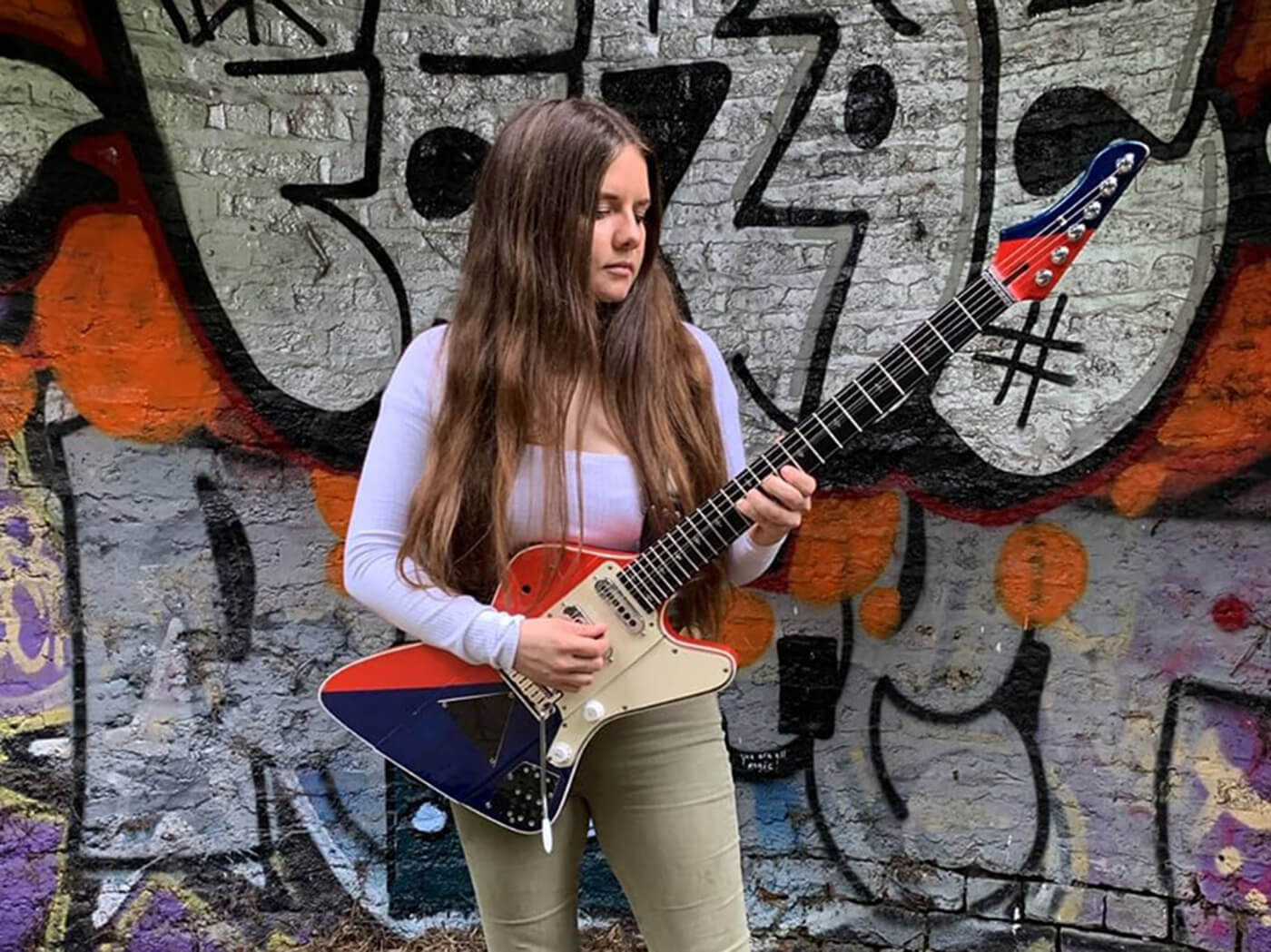 Back in 2004, Brian May set up his own guitar company to produce official replicas of his beloved Red Special. The iconic instrument has since taken on different forms – iterations include a mini electric, acoustic and bass – but hasn’t departed significantly from its original scarlet design. That’s about to change with the release of a Brian May Guitars signature model for Texan singer-songwriter Arielle.

The signature axe, co-designed by Arielle, is modelled after Two Tone, a guitar she built when she was 16. The guitarist gives a background of Two Tone’s conception and explained its features in a 2015 YouTube video. In the clip, she shares that the guitar was inspired by May, who had “built his famous Red Special when he was 16 with his dad”. Watch the video below.

In terms of features, Arielle details how Two Tone’s different components are borrowed from her existing axes. Its dash of blue along with its ebony fretboard were ported over from her Manhattan Midnight Les Paul, while the guitar’s long scale-length is informed by the singer’s B.C. Rich Warlock. Joining these are three custom Seymour Duncan pickups, a phase switch as well as a tremolo and bridge system borrowed from Arielle’s Squier Jagmaster.

The Texan’s partnership with May dates back to 2008, when the Queen guitarist personally enlisted her guitar skills for the West End London production of We Will Rock You. May isn’t the only household name who has worked with Arielle: she has opened for and performed with Eric Johnson and Joe Bonamassa. She’s also just released her latest album Suspension / Dimension, and will be heading up to Dallas next month to perform at Eric Clapton’s Crossroads Festival.

Arielle’s signature model is set for a 2020 release. More info at brianmayguitars.co.uk.