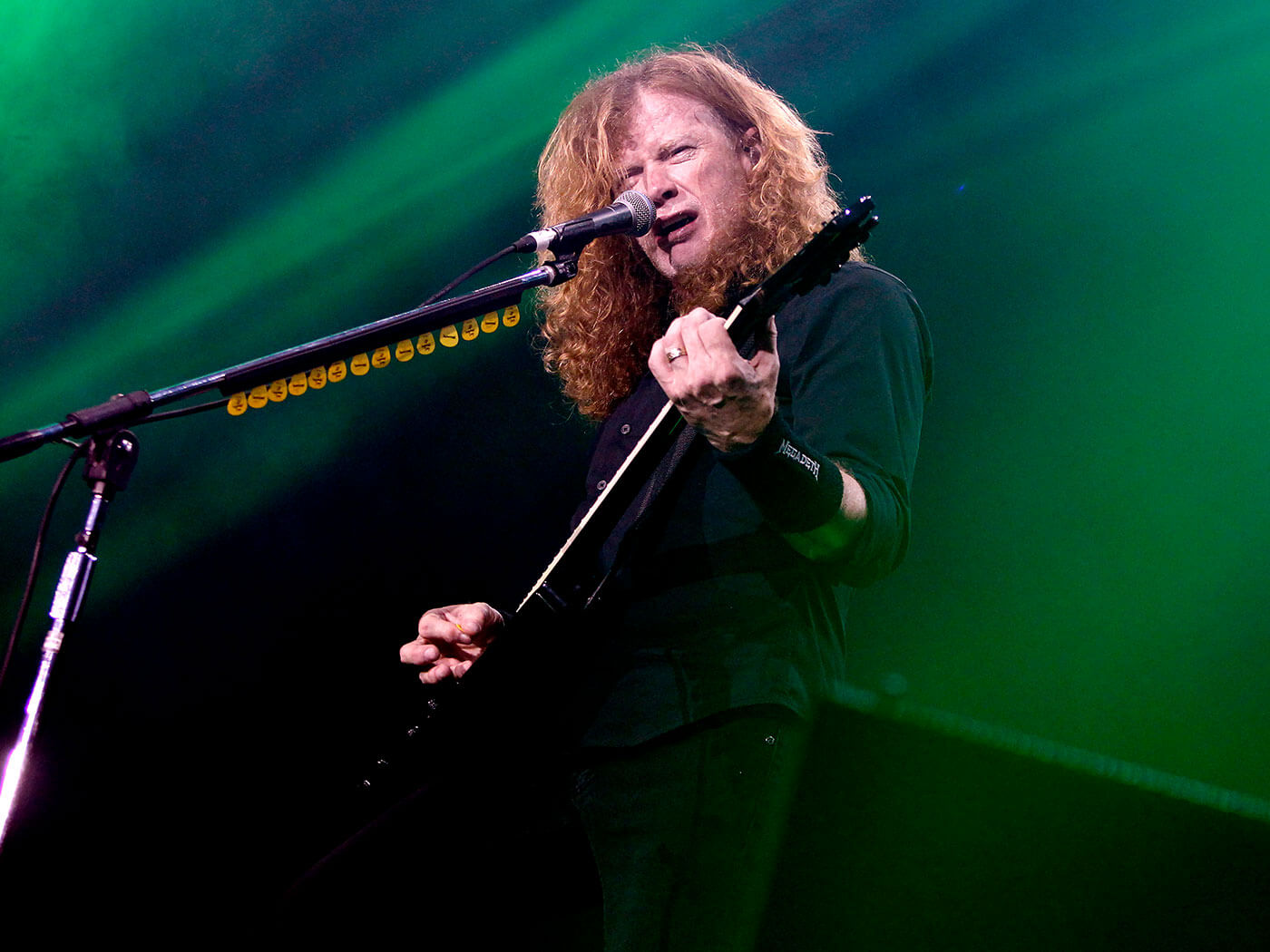 Megadeth founder and frontman Dave Mustaine has revealed that he is now “100 per cent free of cancer”.

“I know a lot of you guys know that I pray,” Mustaine said during the band’s show at London’s SSE Arena on 31 January. “I say that in Peace Sells. I pray every day. I say that in the song. I’ve said it since the second record. But I thought about you guys every day, too. And I thought about my family. And I got this power from you guys. And I just kept thinking about it. And on October 16, I went to go see the doctor, and he said, ‘You’re 100 per cent free of cancer.’”

Mustaine added that he had gone through 51 radiation treatments and nine chemotherapy treatments after his diagnosis.

Mustaine first announced his diagnosis back in June 2019 and mentioned working with his doctors on “a treatment plan which they feel has a 90 per cent success rate”. He followed up with an update in November. “I wasn’t trying to be like, ‘Oh, boohoo.’ The last thing I wanted to do was go in there and be a puss,” he said in an interview with Rolling Stone, describing his time in recovery. “All the stuff I’ve gone through in my life has gotten me prepared to face anything. Even this.”

Most recently, Mustaine’s daughter Electra joined her father on stage in Paris on 28 January for a duet performance of Megadeth’s 1994 classic À Tout Le Monde. Watch the fan-filmed footage below:

Megadeth are currently on a European tour with Five Finger Death Punch, with dates running through to February. This is the band’s first tour since Mustaine announced he’d completed treatment for throat cancer last year.