Including a new bass preamp, fixed wah, fuzz and more.

NAMM 2020: Dunlop has unveiled a slew of new pedals, set-up kits and signature picks, aimed at guitarists and bassists alike.

With the Echoplex Preamp circuit as the base, the MXR Thump Bass Preamp (pictured above) has the same tone-sweetening effect on bass as the original has on guitar. Treble and bass knobs allow users to cut or boost frequencies at 8 kHz and 4 Hz respectively, while the mid knob cuts or boosts the midrange as determined by the frequency knob, ranging from 250 Hz to 1 kHz. 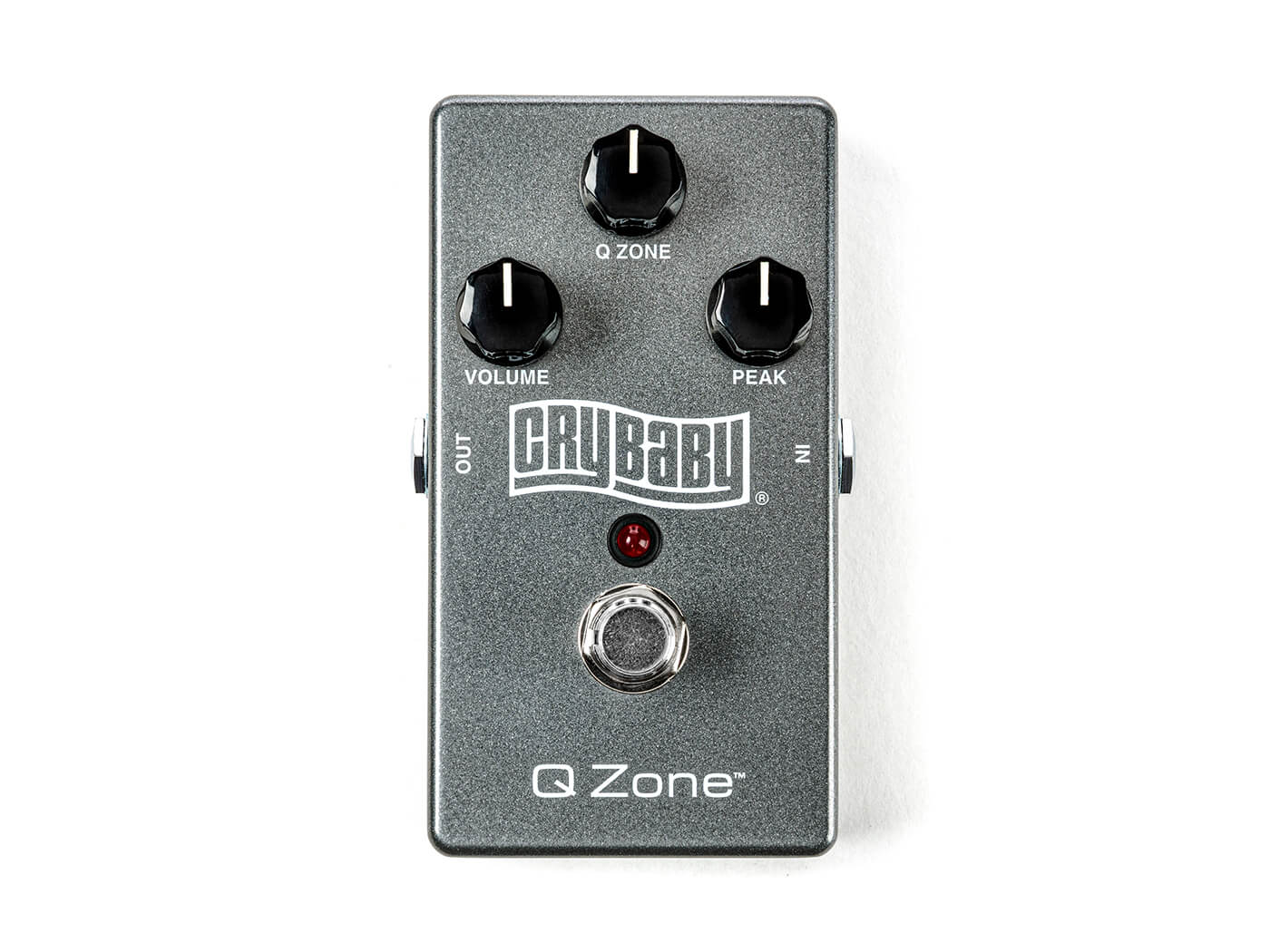 Fans of the ‘cocked’ wah will appreciate the Cry Baby Q Zone’s simple approach to achieving that sound. Instead of messing around with a wah’s rocker, the Q Zone provides immediate access to that sweet spot with a simple three-knob layout for controlling volume, bandpass shape and frequency centre. 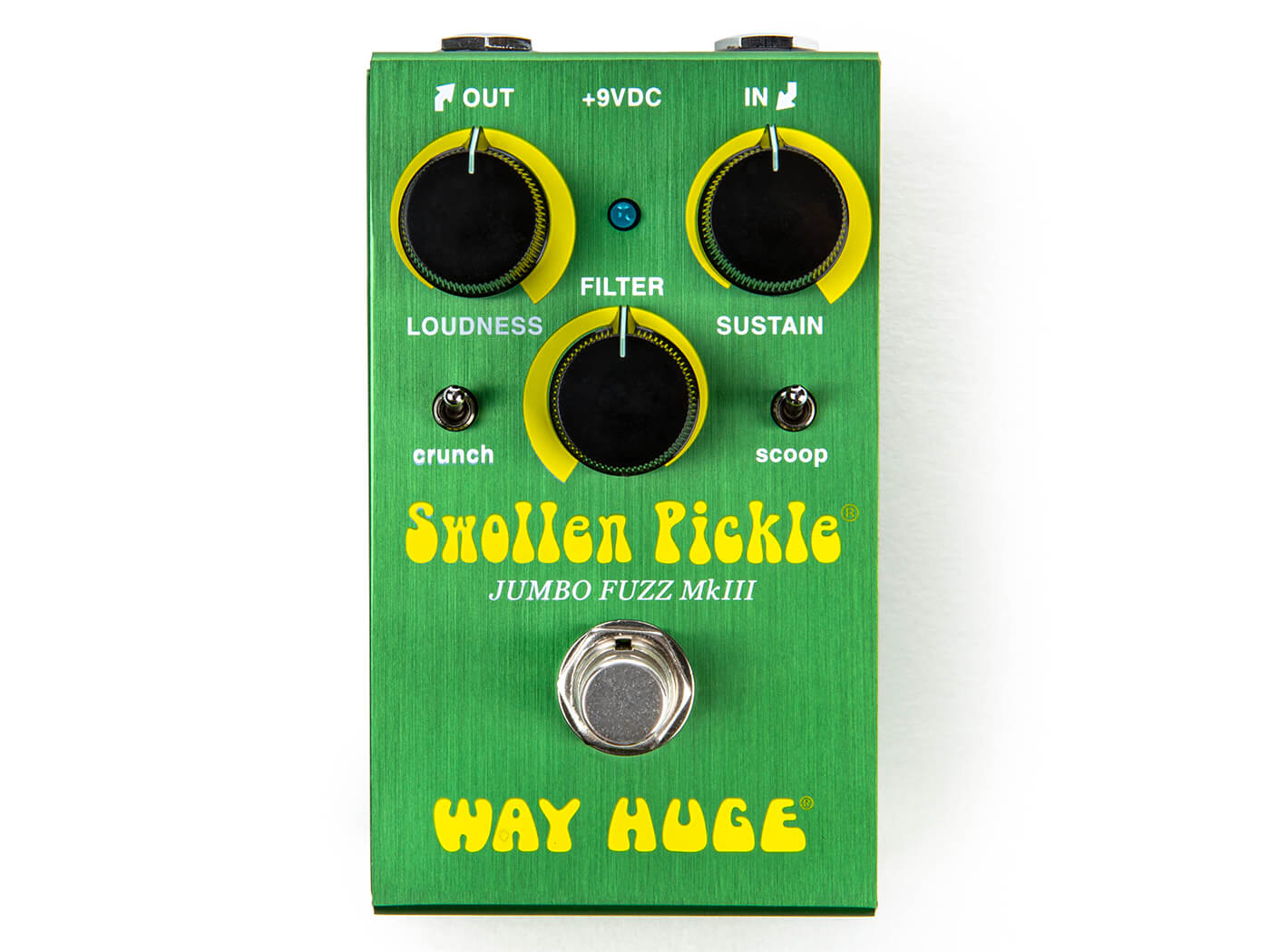 The Swollen Pickle Jumbo Fuzz is now in its third iteration and continues to provide ample amounts of signal saturation from a pedalboard-friendly housing. Aside from the usual Loudness, Sustain and Filter controls, the Scoop and Crunch switches can be used to alter the midrange character and compression intensity. Conversely, flipping both the Scoop and Crunch switches down returns the pedal to a classic three-knob Swollen Pickle setup.

Built for speed and flexibility, the John Petrucci Trinity pick is based on the Jazz III’s design and features a custom three-sided shape for superior handling. The Trinity picks are also made of Ultex, resulting in a bright and articulate tone. Also available is the John Petrucci Pick Variety pack, which includes all four of Petrucci’s signature Dunlop picks and a total of six picks per pack. 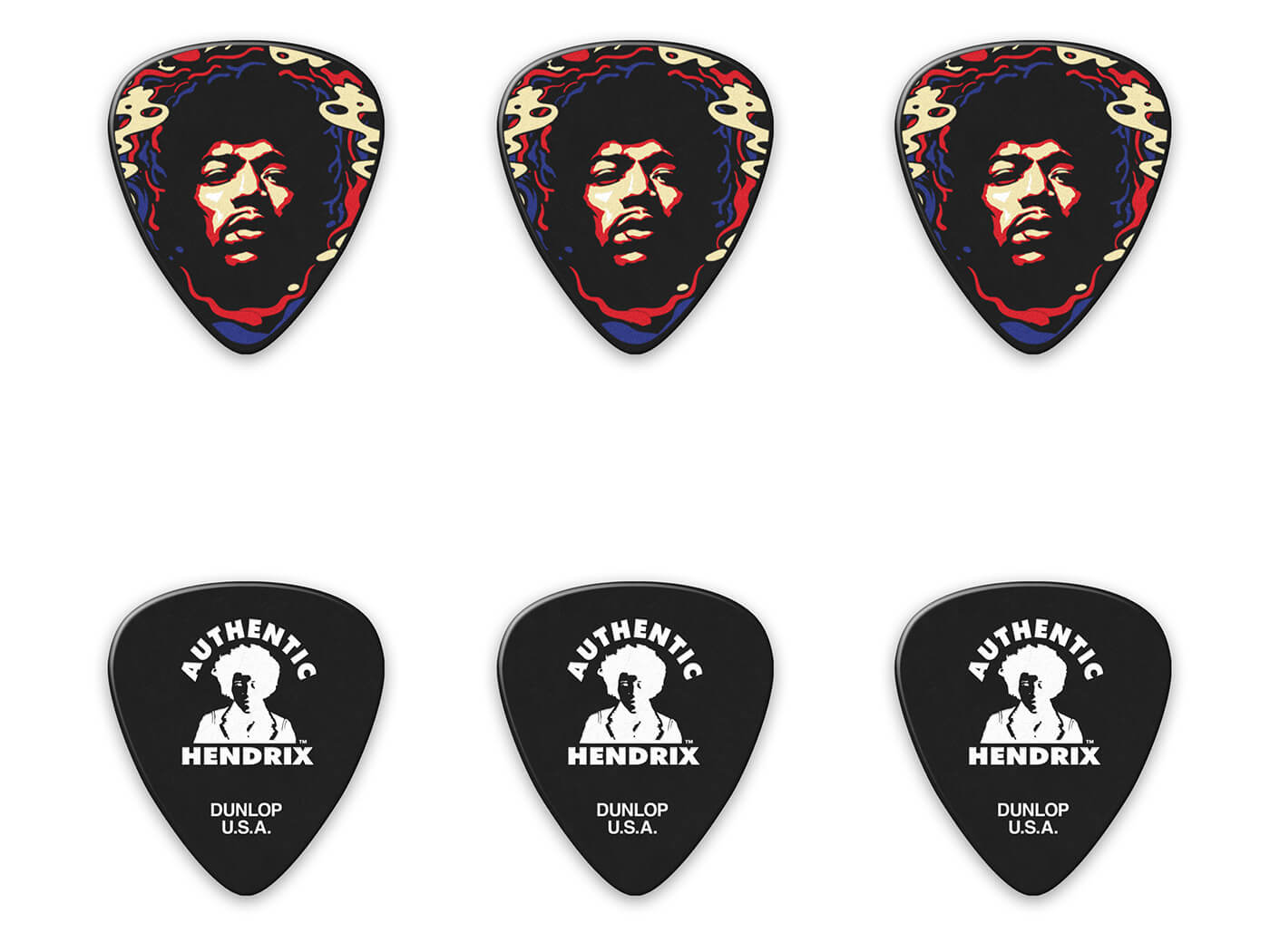 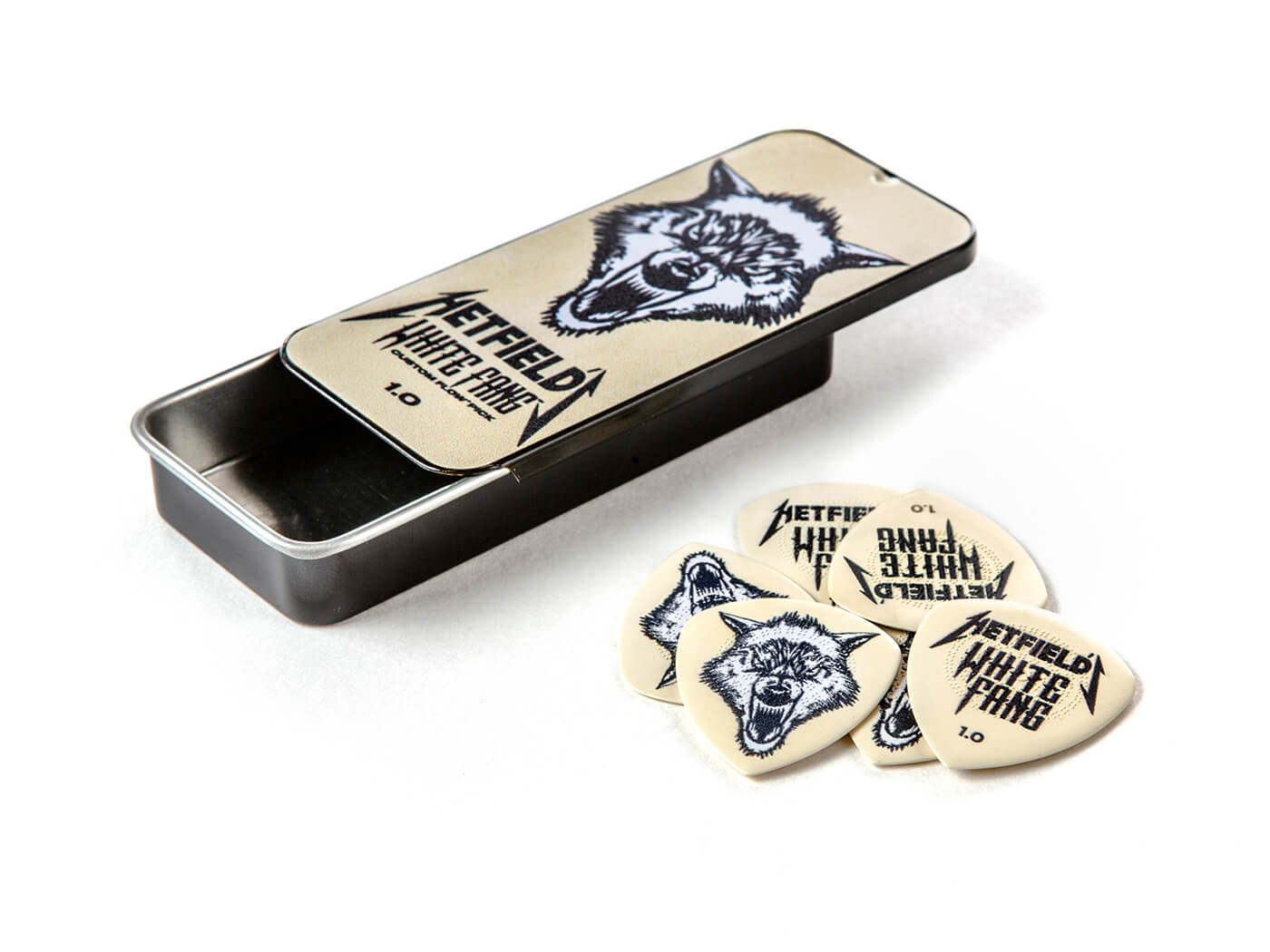 Dunlop has engineered Hetfield’s White Fang picks around the Flow Standard Pick 1.0mm, adding features like the Black Fang’s blended beveled edges, a custom grip design and increasing the thickness to 1.14mm. The end result is the White Fang pick, which can also be purchased in batches of six, housed in a specially designed tin. 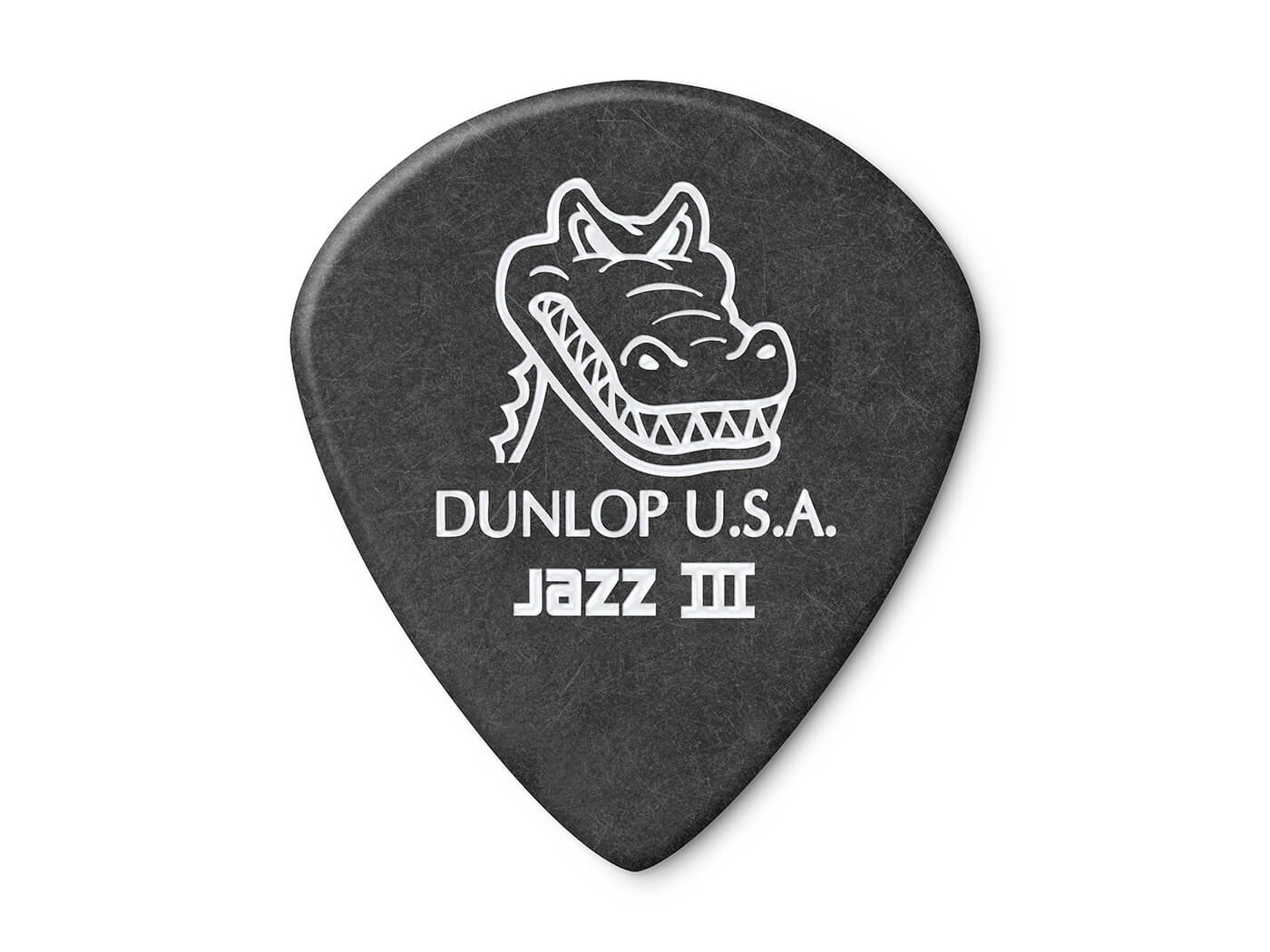 The Gator Grip Jazz III is the result of combining the Jazz III’s shape with the tactile sensation of Gator Grip. Its beveled edges provide a smooth attack and soft release, while the matte surface ensures a secure, non-slip grip. 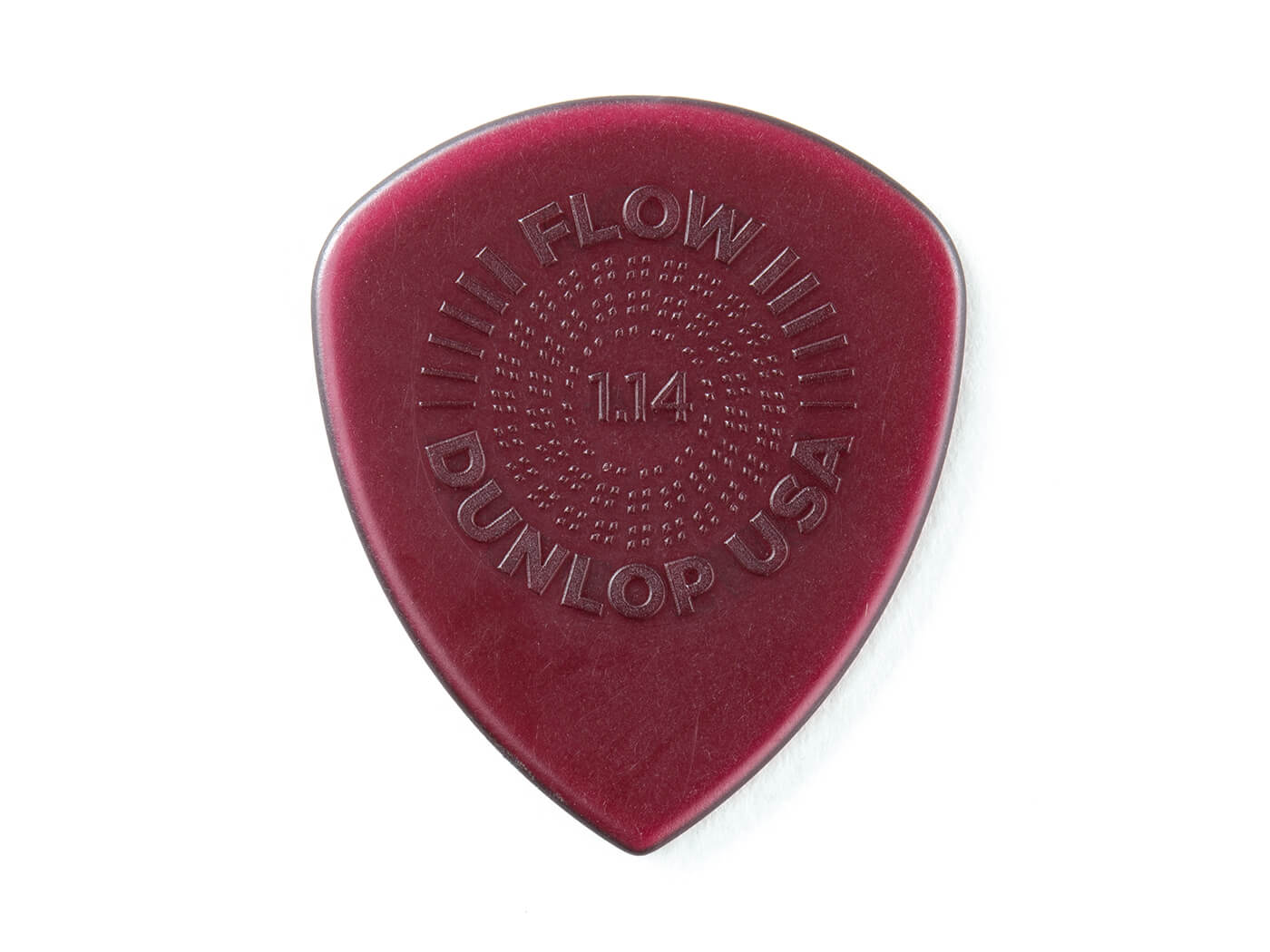 Flow picks are now available in gauge 1.14mm for an even thicker sound. The pick retains its beveled edge for quick string-release and a low-profile grip for firm control. 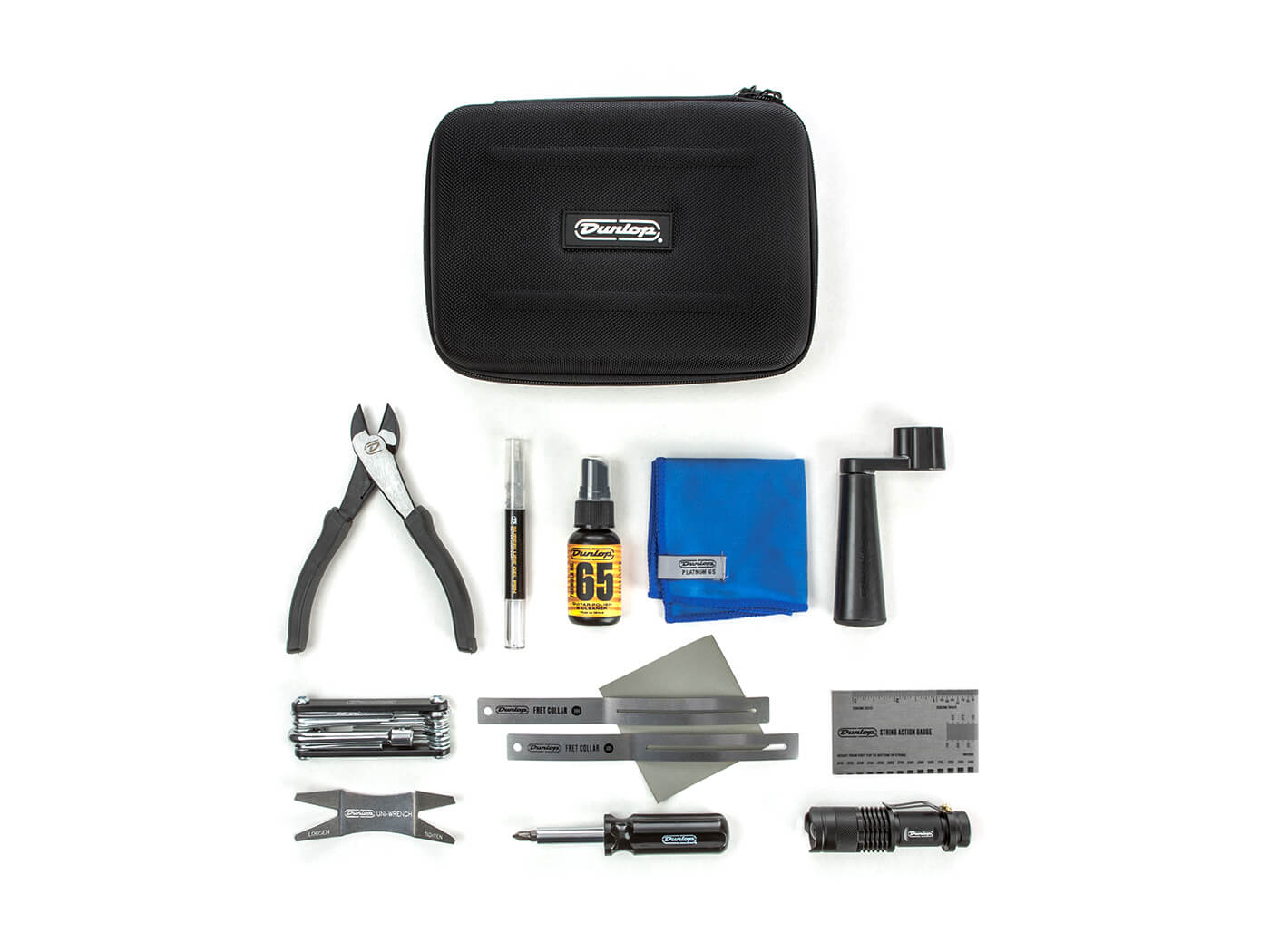 Dunlop’s new System 65 Complete Setup and String Change kits are now available for both guitarists and bassists. The Complete Setup Kit provides all the tools necessary for a quick string change right down to a full set-up, while the String Change Kit includes tools like a Stringwinder and a multi-tool to make changing strings a more streamlined affair. 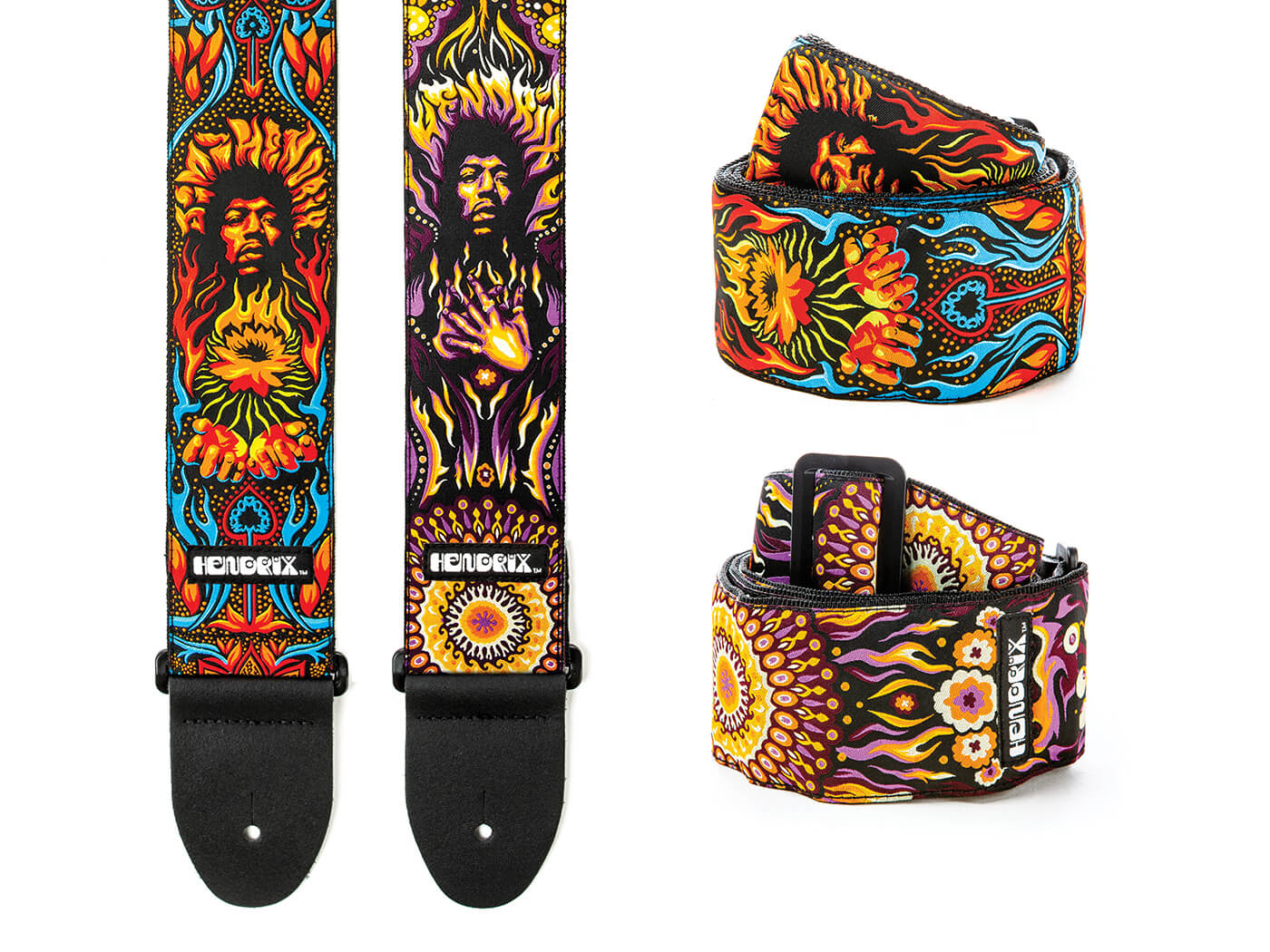 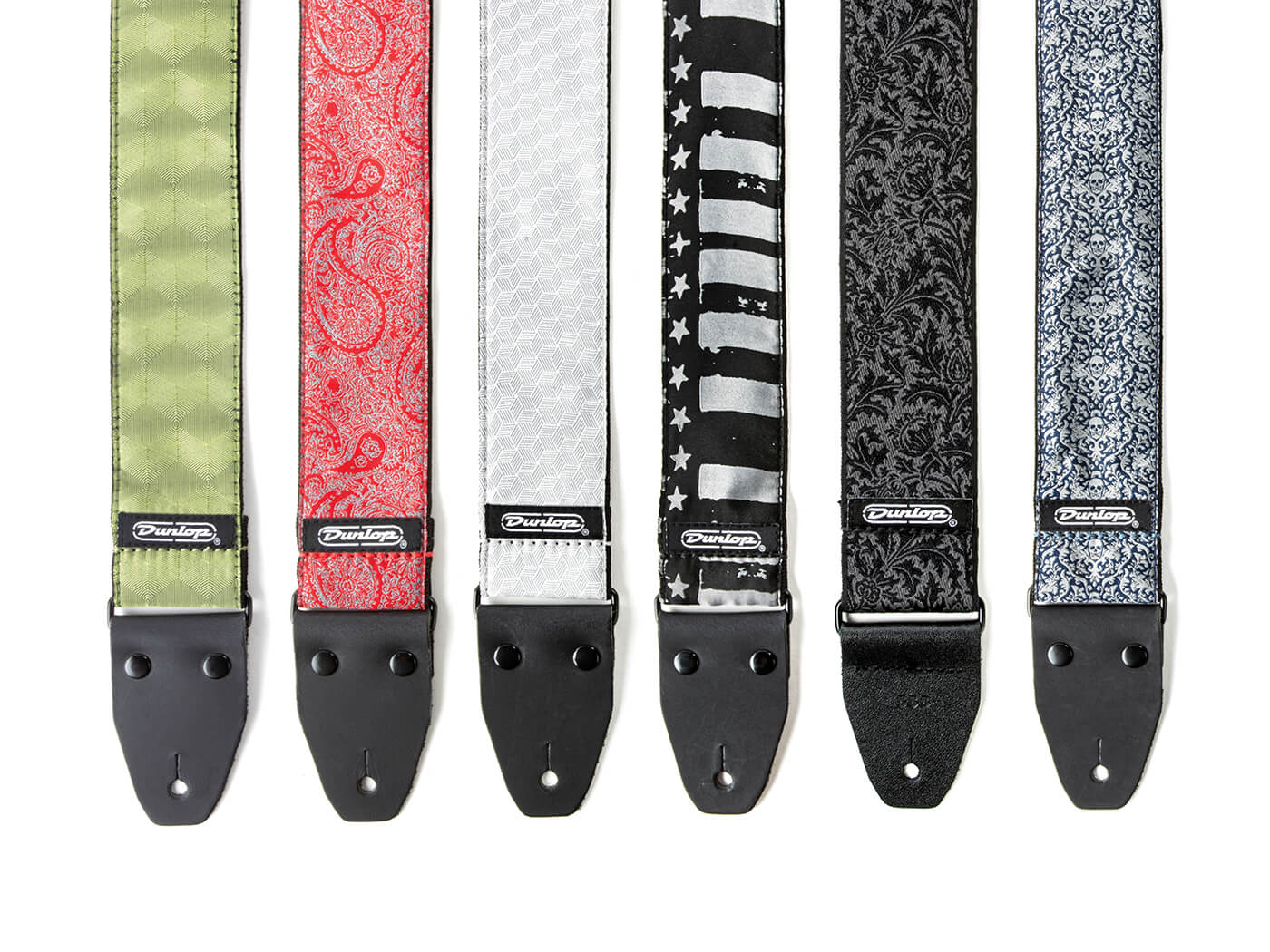 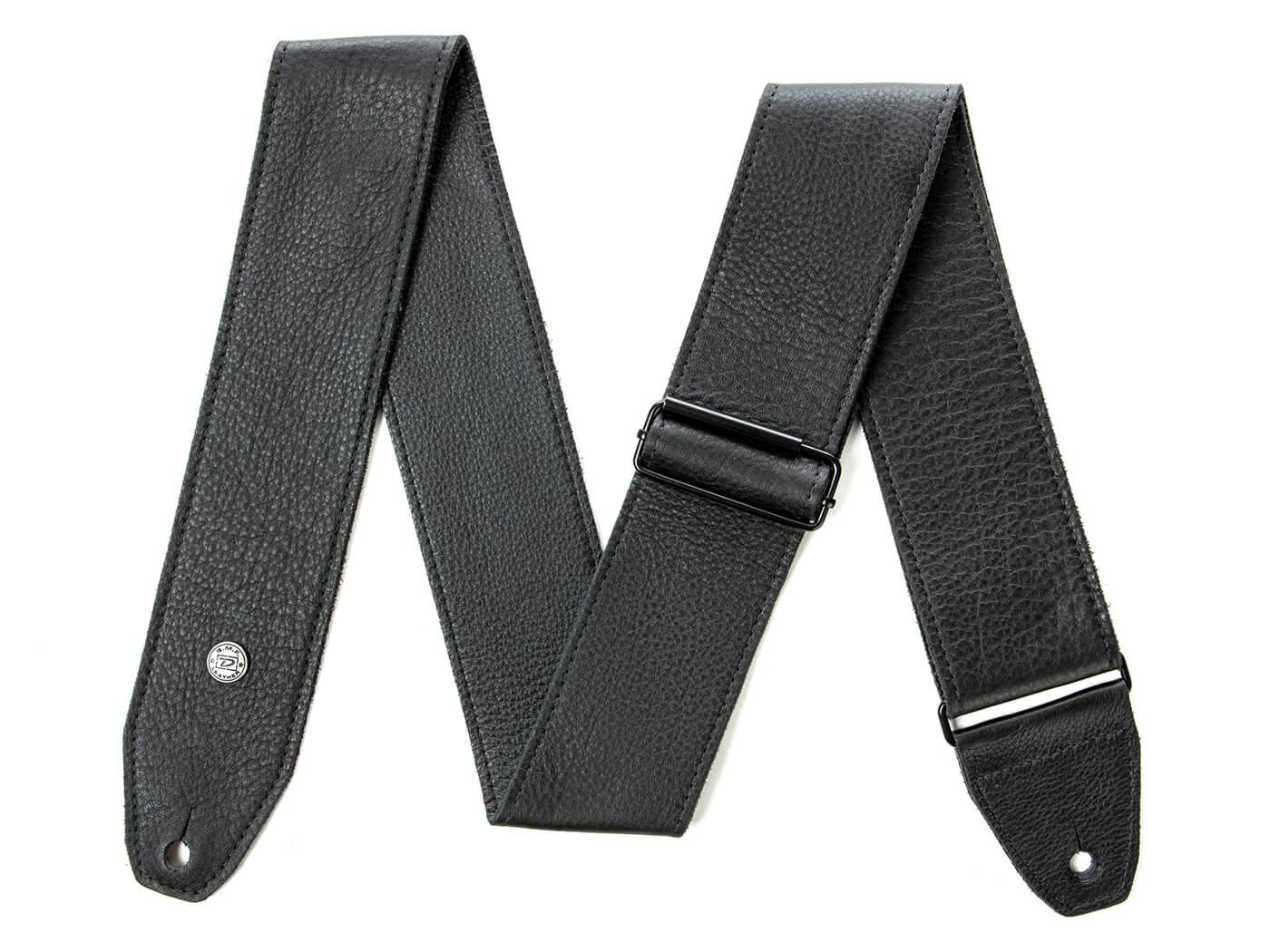 The BMF Tri-Glide Strap’s unique tri-glide adjuster allows users to make on-the-fly adjustments to their strap’s length. The 2.5”-wide strap uses soft leather for player comfort and requires only a short break-in period for the leather to become seasoned.

The BMF Leather Tri-Glide Leather Strap list for $$79.99 each.