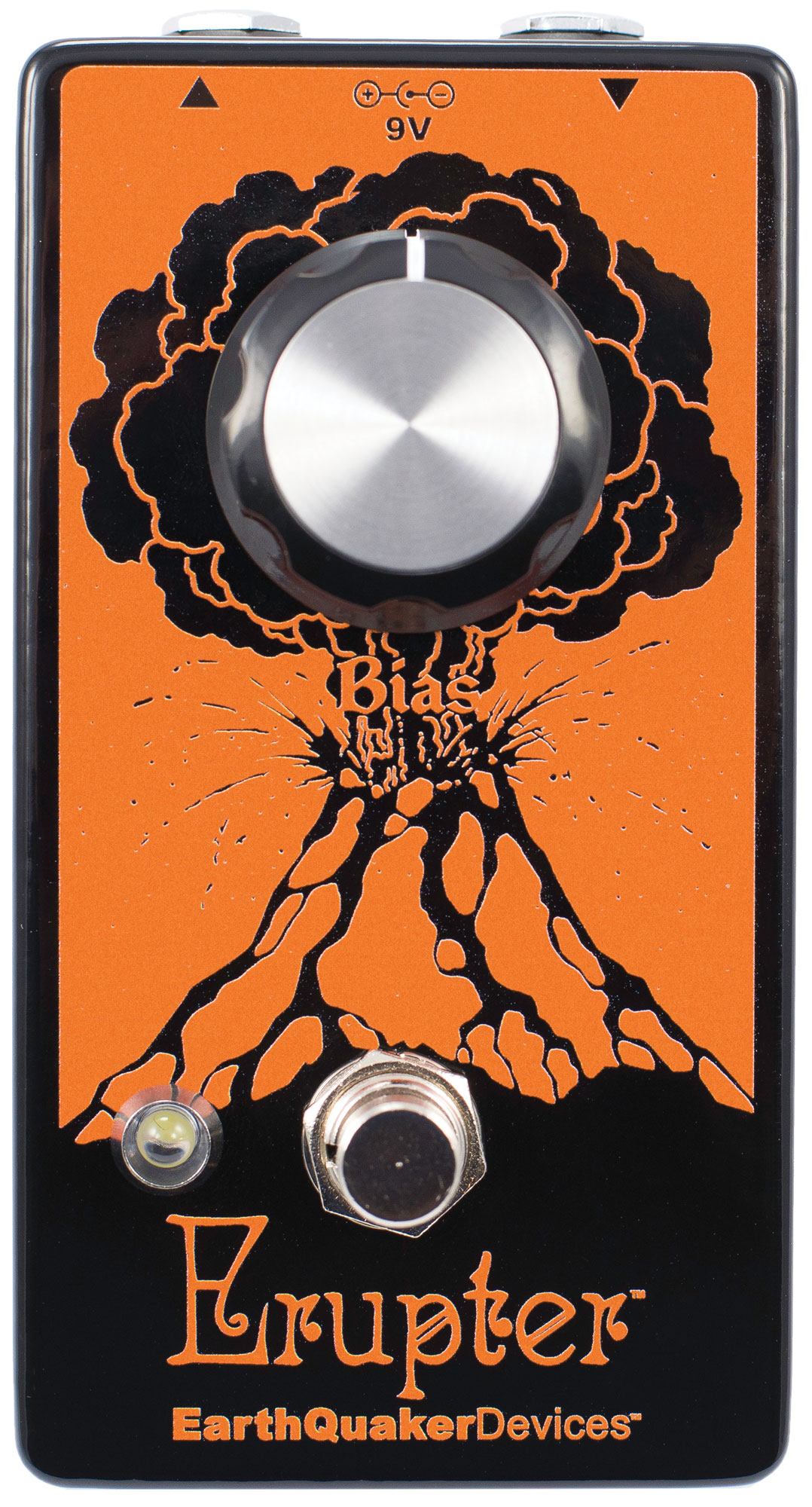 The Erupter is the distillation of EarthQuaker president Jamie Stillman’s unabashed love for fuzz and the culmination of over two years worth of tone-chasing, tweaking and experimentation in search of the ultimate, classic fuzz tone. Did he succeed? Heck yeah! An abundance of earthshakingly awesome and erupting fuzz tones awaits you in a pedal so easy to use, it’ll blow your mind!

As a fuzz device, Erupter sounds good with any pickup type anywhere in the effects chain without any impedance mismatching and even before a wah pedal. To this end, the Erupter uses a buffered input section, transformer-based pickup simulation, new production 5% ½ watt carbon composition resistors, metallized polyester film capacitors, Sprague and BC electrolytic capacitors, plus low-gain, hand-matched NOS silicon transistors to deliver a well-rounded and defined fuzz tone with just enough pummelling intensity.

The simplicity of the Erupter controls stands in stark relief of its rigorous design process. A single knob labelled “Bias” adjusts the amount of voltage fed to the NOS silicon transistors. Low “Bias” settings yield a rude, spongy fuzz tone with plenty of sag and a blossoming attack envelope that’s gated without entering “dying battery” territory. As the “Bias” control is increased, additional harmonics stack atop the input signal, producing a stiffer, more complex fuzz tone with a tighter response, increased output and longer sustain. The Erupter uses a fixed output level and gain setting for the thickest fuzz possible and to push the full frequency range of the guitar out front when you kick it on.

The Erupter has a fully analog dry signal path and electronic relay based true-bypass switching. It can be powered by a standard 9-volt DC power supply with a 2.1mm negative centre barrel or a standard 9V battery. Each and every Erupter is built by the hands of real-life dream warriors in the foothills of Mt. Akron, Ohio USA.