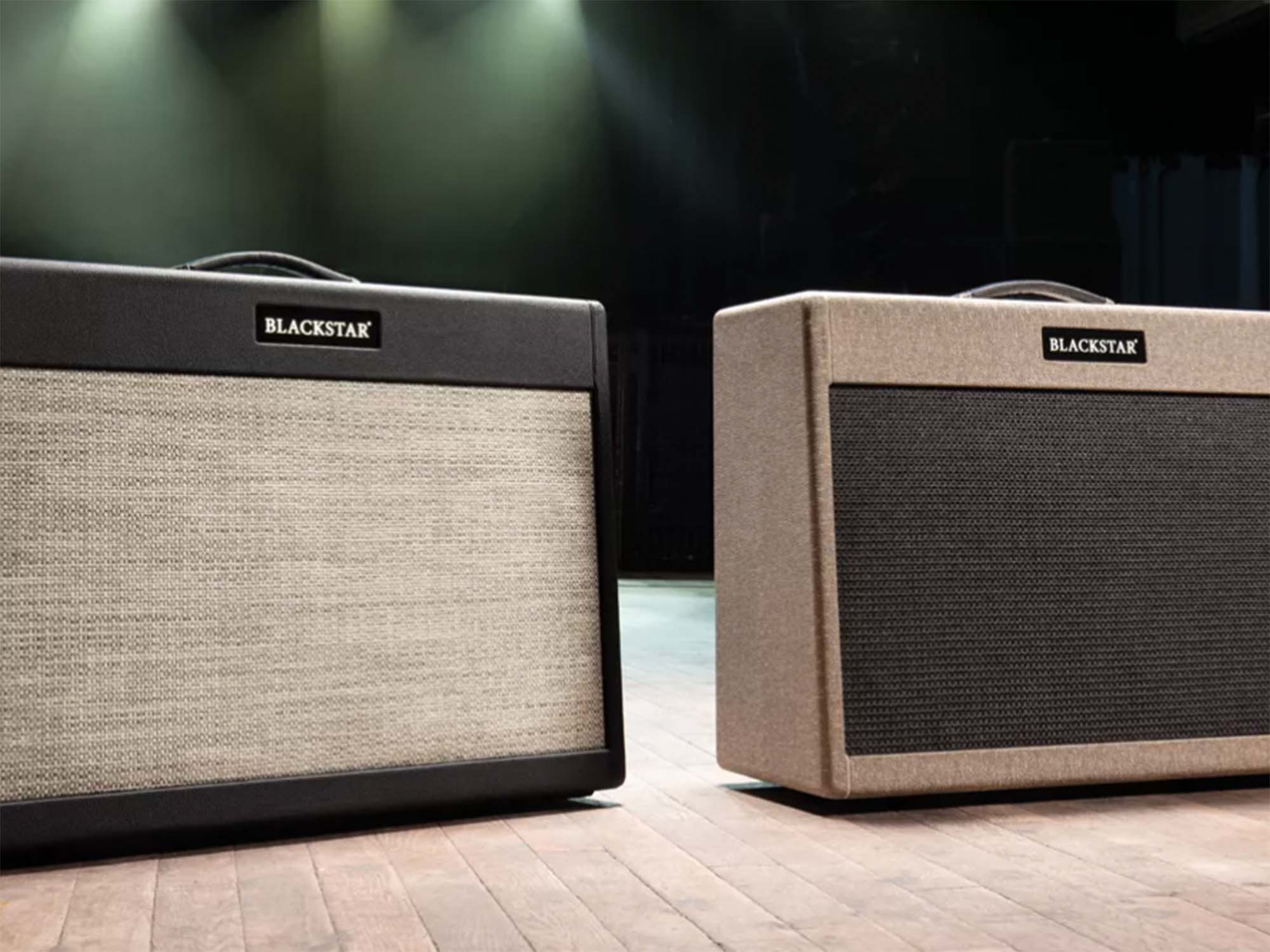 Blackstar has finally revealed the expansion to the St James line up with two 50-watt 2×12 combo app, coined the “world’s lightest”, after teasing the release earlier in the year.

Weighing only 37lbs, despite coming equipped with two ECC83 tubes and two 12” Celestion Zephyr ferrite magnet speakers, the amps also come with either two EL34 or two 6L5 tubes, and have been meticulously engineered to be as lightweight as possible.

Donning the familiar candlenut exteriors, all the amps are incredibly easy on the eye, and almost give a luxurious feel, and the 2×12 are no different.

Control wise, they both sport the same layout as their predecessor, with Power and Standby toggles being joined by Channel selection and voice/boost switches.

Importantly, Blackstar have said that Channel II is “where the amplifiers reveal their own unique character”. The EL34 is all about chime, clarity, crunch and all the other buzzwords associated with vintage-style amps, while the 6L6 aims to also harness modern low-end chugs.

The St James amp collection was originally unveiled at this year’s NAMM, with Blackstar’s chief engineer , Paul Stevens telling us that “We didn’t put this together and have it work, satisfactorily, the first time. It was a couple of years of development before we put it out – and at least a year before we were even vaguely happy with it.”

However, the 2×12 combos, which are a fan favourite, were not included in the super lightweight release, and were instead teased by Stevens as “on the way”.

Eagle eyed fans may have even spotted on a clue on the manual for the amps, where Blackstar released the information about the upcoming models.

The two variations of the amps are retailing for $1,499, and are available for preorder now at BlackstarAmps.com.