Chicago Music Exchange has today announced it will be the first dealer to stock the Gibson authorised boutique builder Banker Custom Guitars.

At Summer NAMM 2019, Gibson launched the Authorized Partnership Program – a plan for select boutique guitar builders to enter into licensing agreements that enabled them to build sanctioned instruments that used Gibson design trademarks. Now one of those builders, Banker Custom Guitars, has revealed the first fruits of this program.

The new Korina V and Excalibur models were revealed by Chicago Music Exchange, which has also been announced as the first dealer to stock the Banker Authorized Partnership Program instruments.

These guitars are heavily inspired by the original 1958 Flying V and Explorer models. Like the originals, the Korina V and Excalibur are made using white Korina and Brazilian rosewood, which came from Banker head honcho Matt Hughes’ private stash. 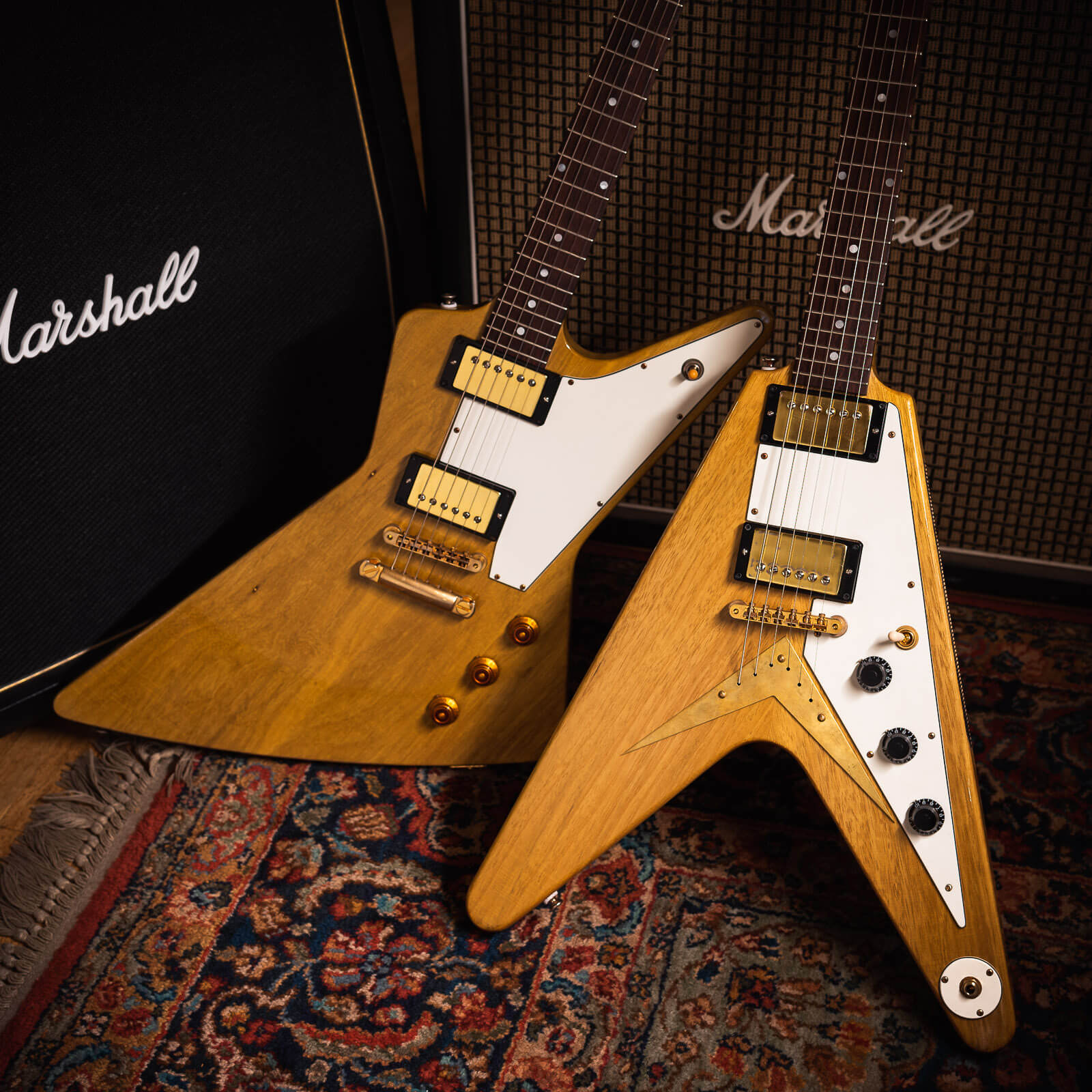 Banker Custom Guitars was among the first brands to sign up to the Authorized Partnership Program (alongside Echopark and Jimmy Wallace), which was launched back in July, and so it’s fitting that it’s also the first company to launch its APP instruments.

Gibson claims the purpose of the Program is to offer customers the chance to buy a one-off guitar from small boutique builders that still feature all of the design details that you’d want from a classic Gibson instrument.

And as you’d expect, every bit of the Korina V and Excalibur look and feel like they could have come out of the Gibson factory – from the hardware and the headstock styles, to those much-contested body shapes, it all feels authentically Gibson.

In fact, just about the only way to know that these instruments aren’t actually Gibsons is the Banker logo on the headstocks.

Banker Guitars, named after Matt Hughes’s time as a banker, only makes at most 50 guitars a year out of his small workshop in North Georgia.

His list of clientele includes Marcus King and Blackberry Smoke, so it’s easy to see why his work is highly regarded. CME states that it wanted to become the first dealer for the APP Banker guitars to further spread the word about Banker’s instruments and “make his community a lot bigger”.

Further information about pricing and availability has yet to be confirmed, and there’s no word when further instruments from the Gibson Authorized Partnership Program will be revealed

For more on the CME exclusive Banker Guitars APP models, and an interview with Banker’s Matt Hughes click here.