Death By Audio, The Black Angels team up on Phosphene Scream 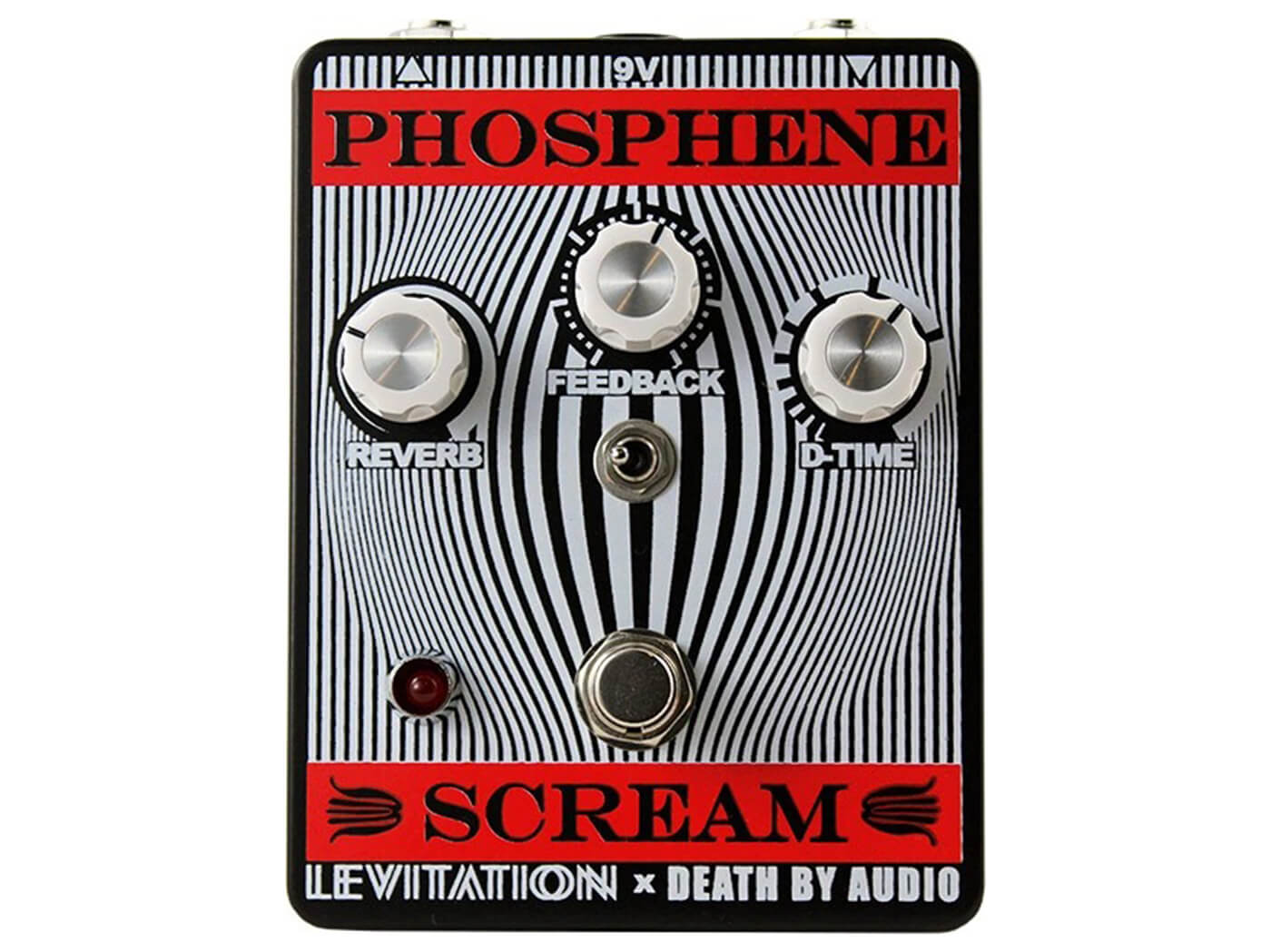 Death By Audio has teamed up with Austin psych-rock group The Black Angels on Phosphene Scream. This limited-edition delay and reverb pedal, which is sold in a collaboration with Austin’s Levitation festival, commemorates the city’s contributions to psychedelic rock.

Phosphene Scream was borne from a collaboration between two Black Angels members – Alex Maas and Christian Bland – and DBA’s Oliver Ackermann, who’s also the frontman of A Place To Bury Strangers.

“We both use DBA’s Echo Master because we are mildly obsessed with delay and reverb,” Maas of Black Angels explained to Guitar.com. “We wanted something that could be swampy but something that could stutter at the same time. Oliver and the other mad scientists at Death By Audio delivered this unique delay/reverb Phosphene Scream pedal back to us and we are still drooling over it.”

According to DBA, the pedal is primed for “blasted-out” psychedelic sounds that’ll give you the feeling of journeying through space. It’s touted to provide “every” reverb and delay sound from the 60s psychedelic period as well as futuristic laser-like effects.

On the reverb side, you’ll be able to tap on different room ’verbs, including tight rooms as well as “realistic halls”. Delay can be sculpted by a D-Time knob, which, depending on your settings, can give you filter-flange sounds, 50s-sounding slapback effects or cavernous reflections. Adding to these is a feedback knob that is simultaneously responsible for the delay’s output and feedback level. Maxing out both parameters is said to give you “never-ending screaming repeats”.

Rounding out the control section is a three-way filter toggle switch that lets you change the character of the pedal’s decay. The options include low- and high pass, as well as unfiltered.

The Phosphene Scream is limited to only 420 units worldwide. Each is priced at $200. Pre-orders are now available via Reverb and the Levitation festival’s web store.