It uses a patented magnetic system to secure pedals. 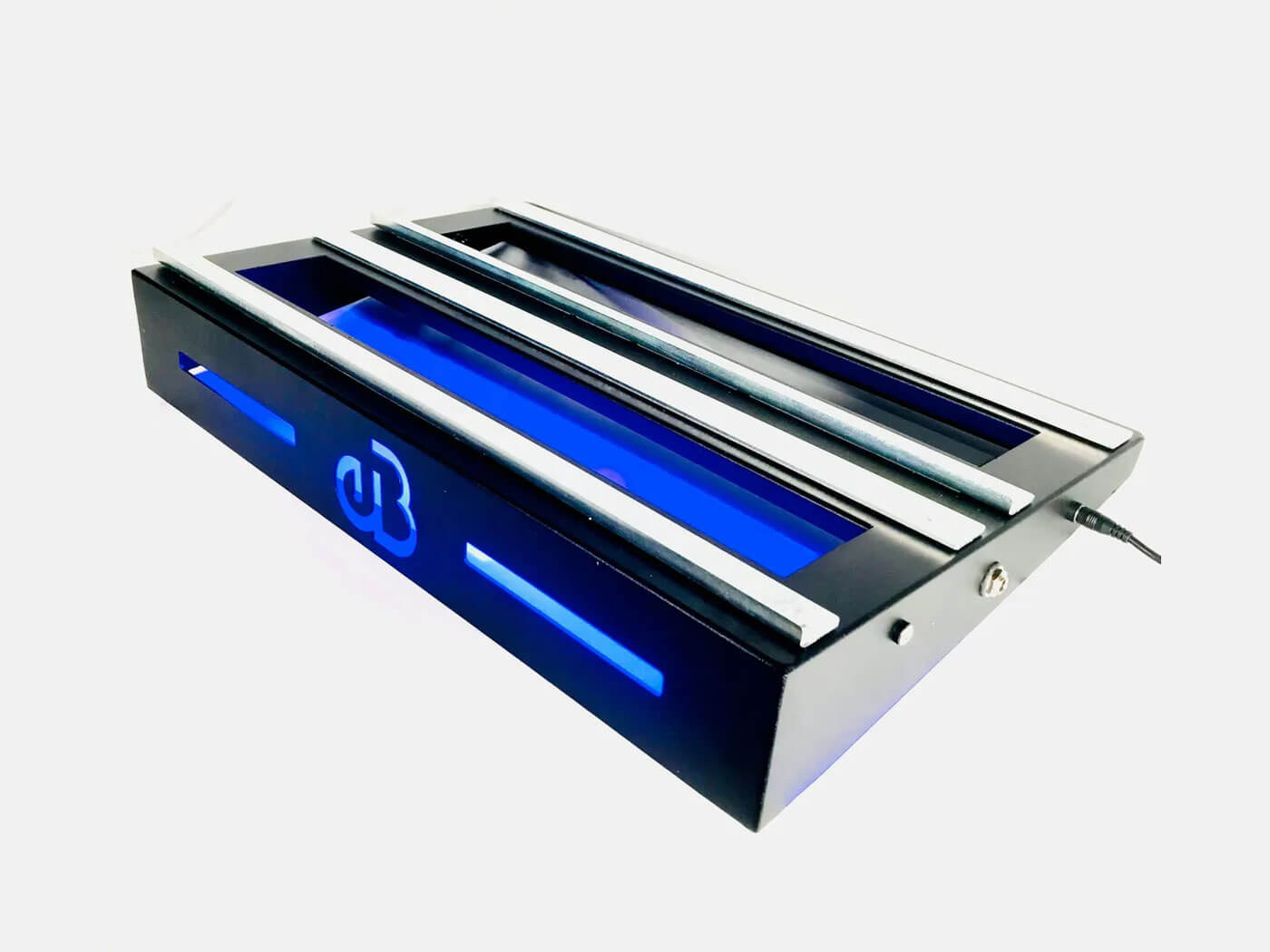 The system integrates a power supply into the chassis of the pedalboard, as well as a number of other handy features. Power is provided by either a rechargeable battery or an AC adapter. As it can run off battery power, Rare Earth Music notes that the EBII eliminates the need to wander around the stage looking for a power socket before a gig, as well as the possibility of hum from noisy wall power.

The unit also features a magnetic rail system, allowing for a less troublesome pedal-rearranging experience. Other useful appointments include a cross-board patch cable that can connect the top and bottom rows of pedals, the ability to chain EBIIs together, and the option to move the board’s batter if you want to free up real estate.

Rare Earth’s head of innovation Mark Bradley said of the product: “Our new EBII Pedalboard System, in conjunction with our recently released ISO-Boot, allows musicians to use virtually any kind of pedal, powered by either of our included rechargeable battery or 3 amp adapter, without having to purchase additional power supplies or I/O modules. This is a true soup-to-nuts, affordable game-changing pedalboard system.”

Take a look at Earthboard’s video on how its system works below:

The system lists for $470. For more information, head over to earthboardmusic.com.