All the classics and more. 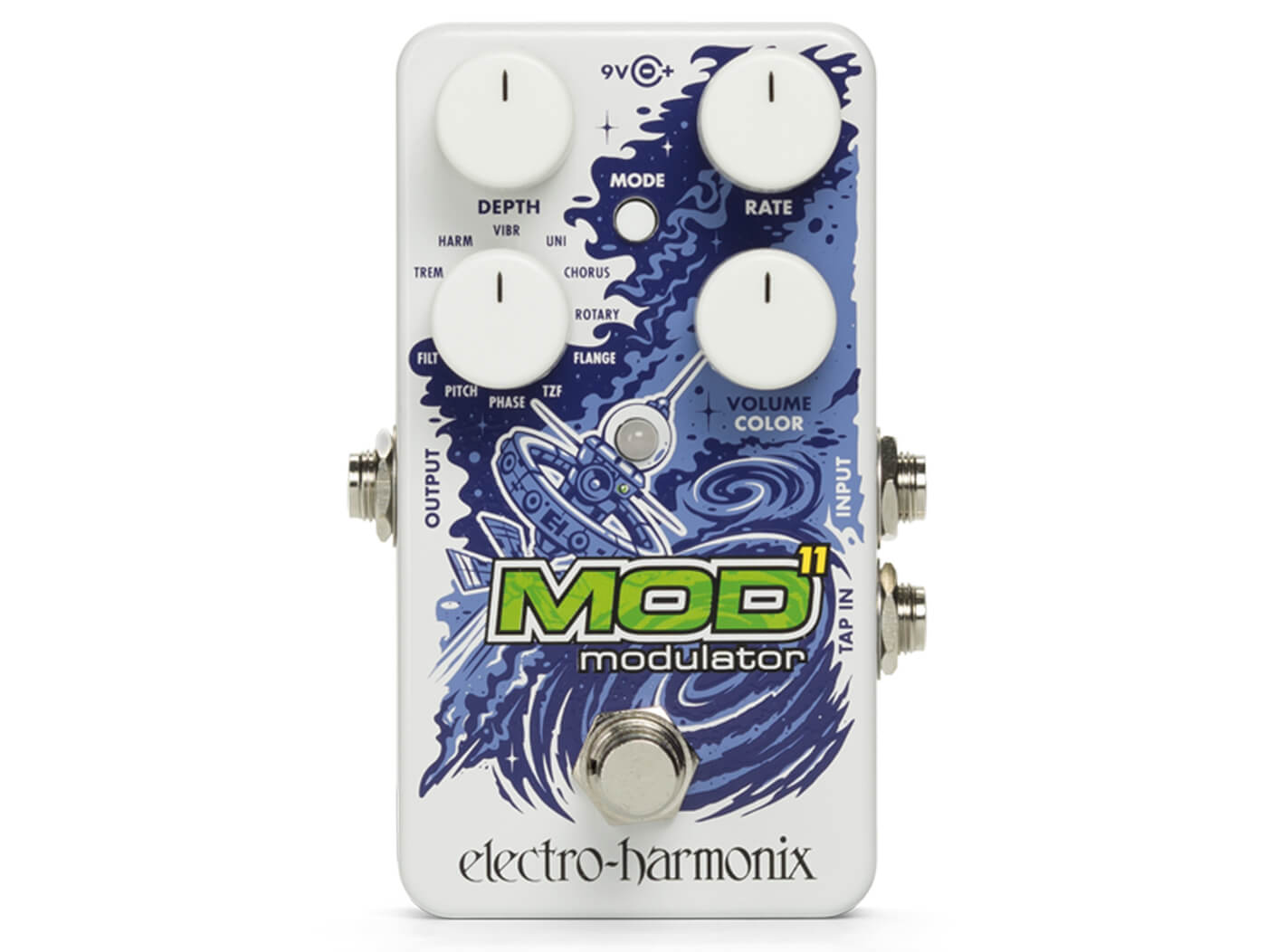 EHX has unveiled the Mod 11, a modulation pedal with 11 modes spanning classics like Tremolo, Vibrato and Univibe as well as more obscure choices like flangers and pitch-shifters.

A standout amongst the classics is Uni, a mode that lets you craft Univibe-style chorus and vibrato with added overdrive. Should you want chorus on its own, you can count on the Chorus mode for a warbling and doubling effect similar to EHX’s Small Clone.

The pedal’s more exotic options include Phase and Filt. The former lets you choose from a four-, six-, or eight-stage phaser, while the latter equips you with filter sounds inspired by classic analogue synths.

You can sculpt Mod 11’s sounds with a tap tempo function that is controlled either through an in-built footswitch or an external one. The pedal also comes with Momentary mode, a feature that lets you “switch in and out of effects mode” for a quick change of texture.

Controls on Mod 11 include four knobs – rate, colour, depth and mode select – as well as a Secondary Knob Mode. The latter is said to unlock “hidden” parameters and give you greater control over the pedal’s mod effects.

Here’s a rundown of the remaining seven modes:

Hear Mod 11 in action below:

Lists at $150. For full details on the modulation modes, head over to ehx.com.