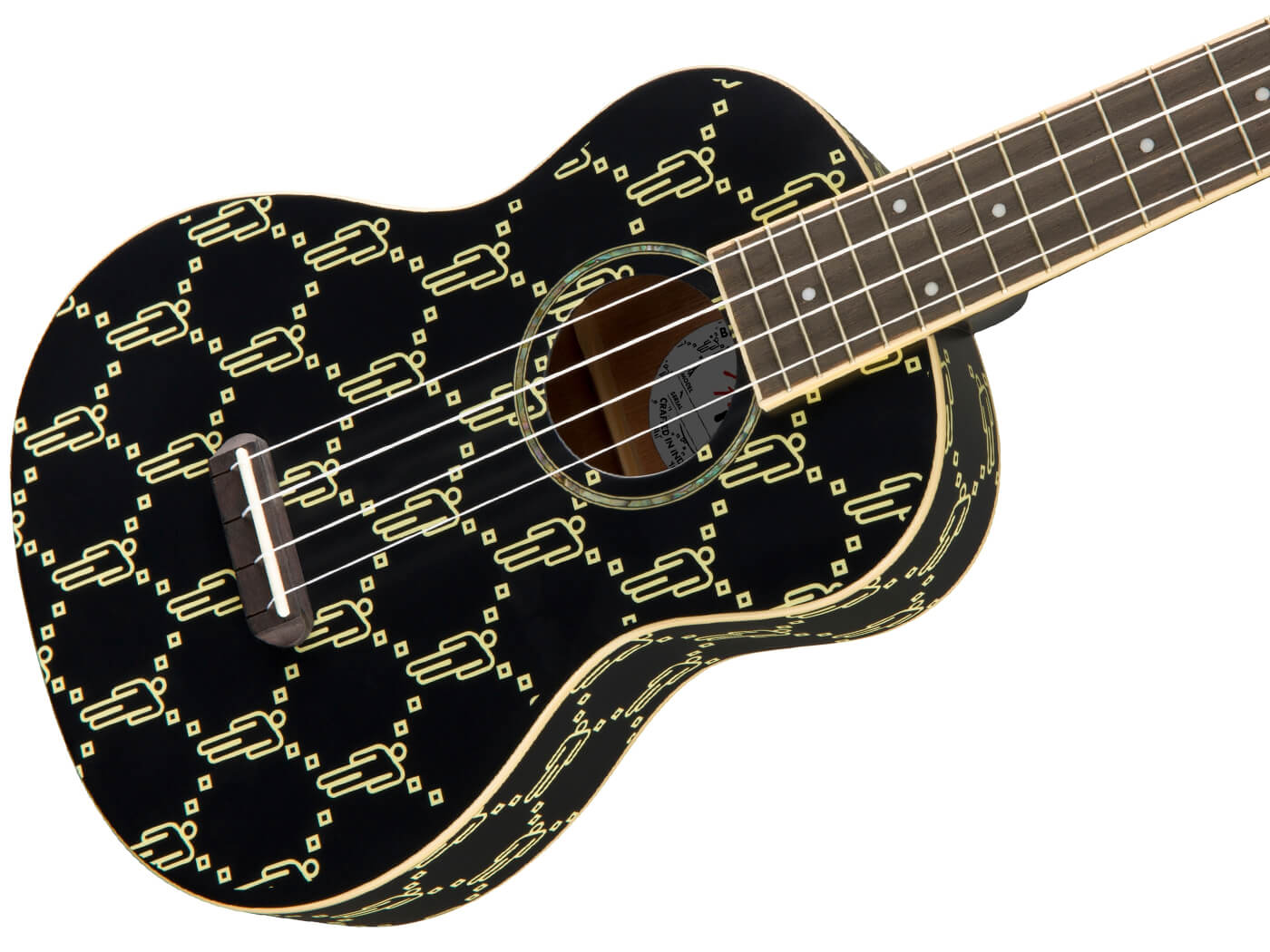 Billie Eilish has teamed with Fender to launch a new signature ukulele model – wrapped up in the “blohsh” symbol.

While Eilish’s musical talents also span the guitar and piano, the ukulele was the first instrument she learnt to play, and, according to Fender, remains Eilish’s “main creative writing and recording tool”.

The concert ukulele features a sapele body with a satin matte black finish and “blohsh” decals all-around. That gets paired to a nato neck and a walnut fingerboard with 16 frets. Like Fender other ukes, this one features a four-in-line Tele headstock, which comes with a matching paint job.

There’s also a walnut pull-through bridge, sealed nickel tuning machines, and a bone nut to round off the uke’s hardware features. Each comes factory-fitted with a set of Aquila Nylgut concert strings.

For amplification, Fender included a Fishman Kula preamp, which it promises will deliver a “pure, rich and resonant tone”. As for its onboard controls, players have a three-band EQ, volume control and inbuilt tuner onhand.

Take a listen to the Billie Eilish Uke in action below:

Earlier this July, Fender also added six of Eilish’s songs to its guitar, bass and ukulele lesson app Fender Play. The songs include &burn, My Strange Addiction, Ocean Eyes, Six Feet Under, Watch and When The Party’s Over.

Learn more about it over at  fender.com