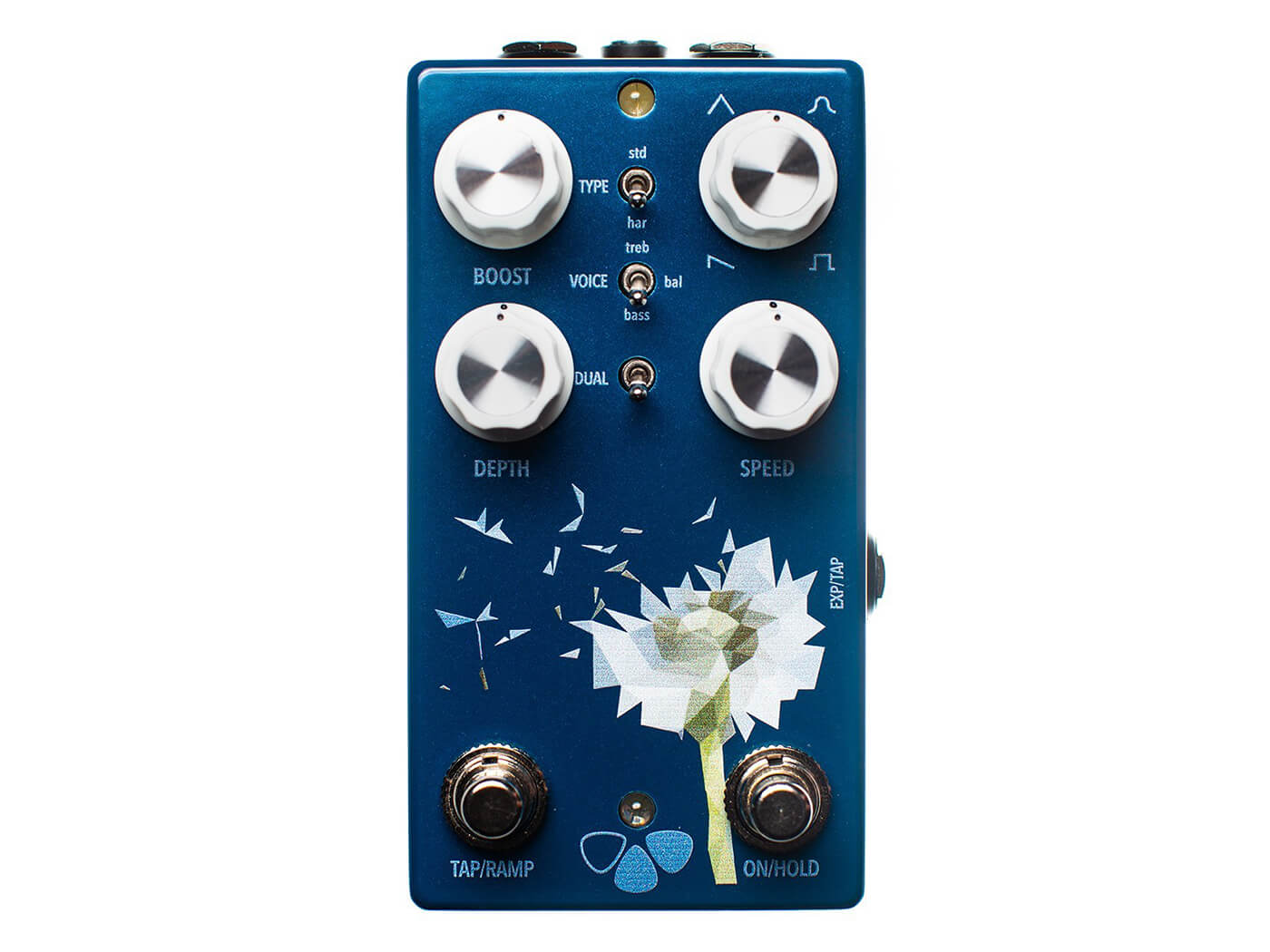 Flower Pedals has launched the Dandelion Tremolo V2, an optical tremolo with analogue circuitry and digital controls. Version two features the same bag of warbly tricks as its predecessor, but has an expanded control set.

The pedal’s tap tempo function has been bolstered with four tap divisions: quarter note, dotted 8th note, 8th note and triplet 8th note. Additionally, the tap tempo footswitch can now be held down to ramp tremolo speed up to a secondary speed setting. You’ll also be able to change the speed (or rate) of the ramp.

The new version also boasts an exp/tap jack. This lets you to connect an external tap device to modify tap and ramp or plug in an expression pedal – with signal tip – to shape tremolo speed.

Another updated feature on the Dandelion is a dual mode – previously known as double – which bounces a tremolo effect between two speed settings.

Hear the Dandelion Tremolo V2 in action below:

Retails at $249. More info at flower-pedals.com.