Jackson unveils a huge range of new electrics, including the return of the Minion series 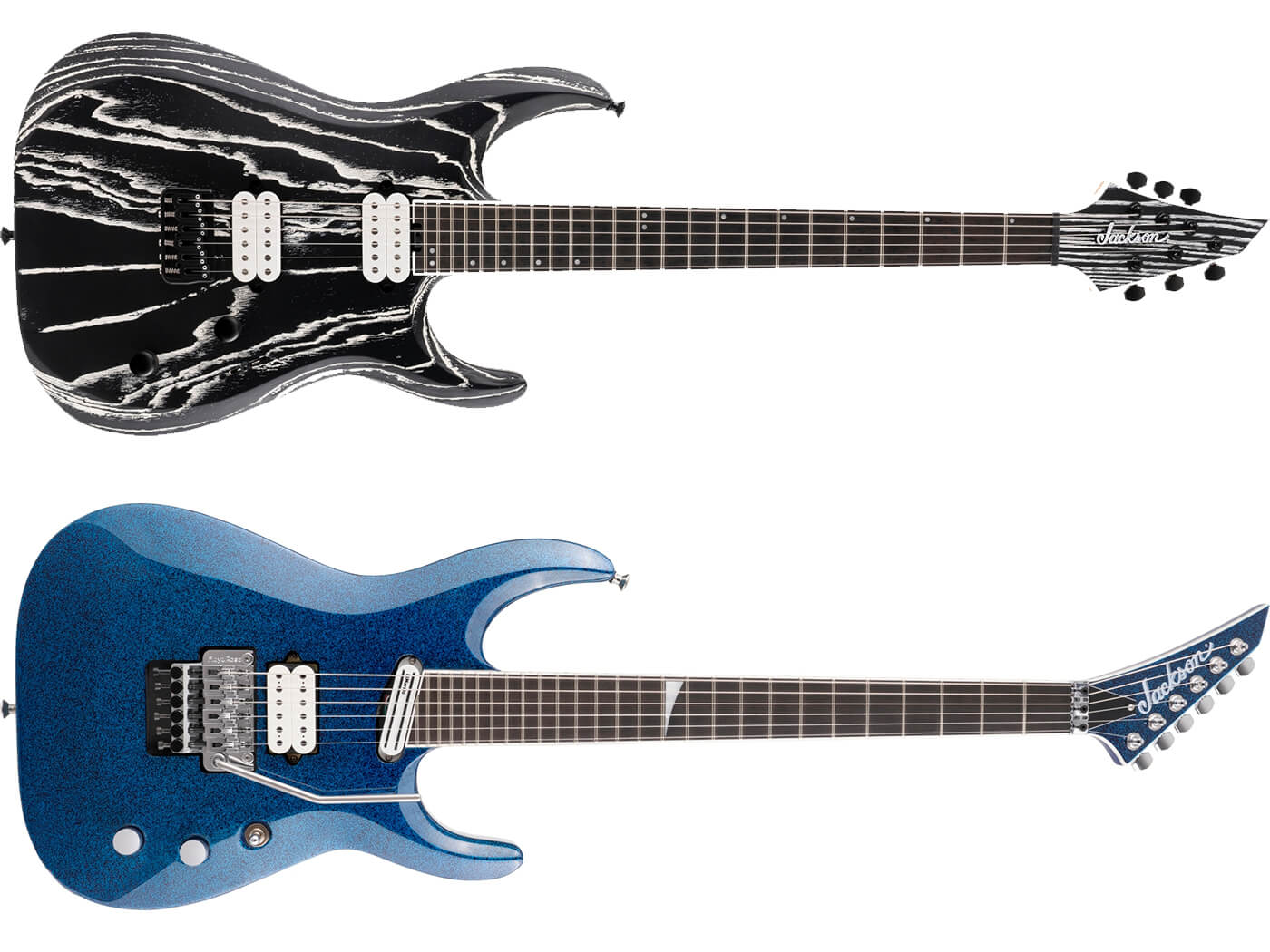 Jackson has announced an enormous new range of electric guitars, including the return of the short-scale Minion range, new signature models for Iron Maiden’s Adrian Smith, and a set of Fishman-loaded pro shred machines.

All of the Minion guitars feature a two-thirds scale length, meaning 22.5 inches for guitars and 28.6 inches for bass guitars. The Dinky JS1X is made from a poplar body, a maple neck and an amaranth fretboard with a 12-inch radius. Master volume and tone controls, as well as a 3-position blade switch, control two Jackson high-output ceramic humbuckers. The bridge is a Jackson 6-saddle string-through one, finished in black alongside the rest of the guitar’s hardware.

For a bit more snap, the Dinky Minion JS1XM offers the same spec but with a maple fretboard rather than amaranth.

Jackson’s offset-V shape gets a minion version with the RR Minion JS1X. With the same hardware and electronics as its Dinky counterpart, this guitar’s maple neck sports graphite reinforcement rods, a satin finish, and a 12-inch radius Amaranth fretboard. Again, there’s the option for a maple ‘board with the RR Minion JS1XM.

The bass offering from the new line of Minions comes in at a 28.6-inch scale length, with a tried-and-tested combo of a P-style neck pickup and a J-style bridge pickup. It’s built with a poplar body and maple neck, coming with a 12-inch radius amaranth fretboard. Unless you opt for the Concert Bass Minion JS1XM, which offers a maple ‘board instead.

A signature model for Iron Maiden’s Adrian Smith, this S-type’s features are all geared toward modern metal playability and sturdiness. The guitar’s neck is quartersawn maple, finished in hand-rubbed urethane for a slick feel. The ebony fretboard comes with a 12-16-inch compound radius for easy bends up high.

In terms of electronics, the guitar is loaded with a DiMarzio Super Distortion in the bridge and Samarium Cobalt noiseless single coils in the middle and neck. For some shred-focused tremolo action, the bridge is a double-locking Floyd Rose unit. If a maple ‘board is more your style, then the USA Signature Adrian Smith San Dimas SDM also allows for just that.

This guitar comes with a series of high-end appointments, really living up to the Pro in its name. First of all, there’s the finish (which might look slightly familiar), consisting of sandblasted ash stained black and grain-filled with an icy white. Its bolt-on neck is a three-piece construction of wenge and maple, while the ebony fretboard sports a modern compound 12-16-inch radius.

With a similar finish to the new Pro Series Dinky, this shred-focused axe comes with a sandblasted ash body, a bolt-on maple neck with an ebony fretboard (with a 12-16-inch compound radius and 24 frets) and a Floyd Rose 1000 Series locking tremolo.

In terms of electronics, there are two Seymour Duncan humbuckers – a JB TB-4 in the bridge and a 59 SH-1N in the neck. These are controlled by master volume and tone controls, as well as a five-position blade switch, with the middle 3 positions allowing for coil-splitting and inner-coil selections.

Two Fishman Modern PRF-MH7 pickups offer a host of tonal options, too, with two voices per pickup and a number of coil-splitting options available via the 5-way selector switch.

This guitar also features a three-piece bolt-on maple and a wenge neck, with a compound 12-16-inch radius ebony fretboard. Notably, of course, it’s a seven-string – supported by an Evertune bridge and Gotoh locking tuners.

Its basswood body is loaded with two Fishman Fluence Open Core PRF-CO7 humbuckers, with two voices each and a number of coil-splitting options on tap thanks to the push-pull tone knob and the five-way blade switch.

This shred-focused S-type’s alder body sports a flame maple top, as well as two Fishman Fluence Modern humbuckers. There aren’t any options for coil-splitting, but voices one and two are selected with a push-pull tone knob.

Other appointments include an Original Locking Floyd Rose tremolo, die-cast Gotoh tuners, and a five-piece maple and wenge neck, topped with a 24-fret ebony fingerboard. Notably, this guitar features neck-through construction. If the flame maple isn’t your thing, the SL2 also comes as the SL2P, topped with a poplar burl instead.

The ‘extreme’ in this guitar’s model name seems to apply to two of its characteristics: how sparkly its finish is, and how many frets it has. Coming in shiny, sparkly blue finish, a through-the-body three-piece maple neck is topped with a whopping 27-fret ebony fretboard, running a 12-16 inch radius for comfortable bending. Unsurprisingly, the lower cutaway is a little more extreme to allow for full access to all of the 27 frets.

Other appointments include a DiMarzio Super Distortion in the bridge, and a DiMarzio Air Norton S in the neck, alongside a Floyd Rose tremolo and a reversed six-in-line headstock.

This Pro Series guitar is based off the shred staples of the 80s, coming with a DiMarzio Super Distortion in the bridge for high-gain tones and a DiMarzio PAF in the neck for more subdued sounds.

Its construction consists of an alder body with a bolt-on graphite-reinforced neck, finished with hand-rubbed satin urethane so as not to hinder your hand movement. There is, unsurprisingly, a Floyd Rose tremolo, as well as an eye-catching sparkly red finish.

Megadeth’s Dave Ellefson sees this new signature model, built with a poplar body and a through-body maple neck. In terms of electronics, there’s a set of EMG J (bridge) and P (neck) pickups, controlled by a three-way switch, volume, bass and treble controls.

A more affordable Soloist model, the SLX DX still features neck-through construction, with a poplar body and a maple neck topped with a 24-fret laurel fingerboard. Like many of the other shred-focused guitars in this new lineup, the fretboard has a modern 12-16-inch compound radius, allowing for comfy chord construction nearer the nut, and easy bending up by the higher end of things.

The guitar is loaded with two Duncan-designed humbuckers, both high-output ceramic models for easy entry into high-gain territory. Other appointments include a Floyd Rose double-locking tremolo and a gloss silver-to-black burst finish.