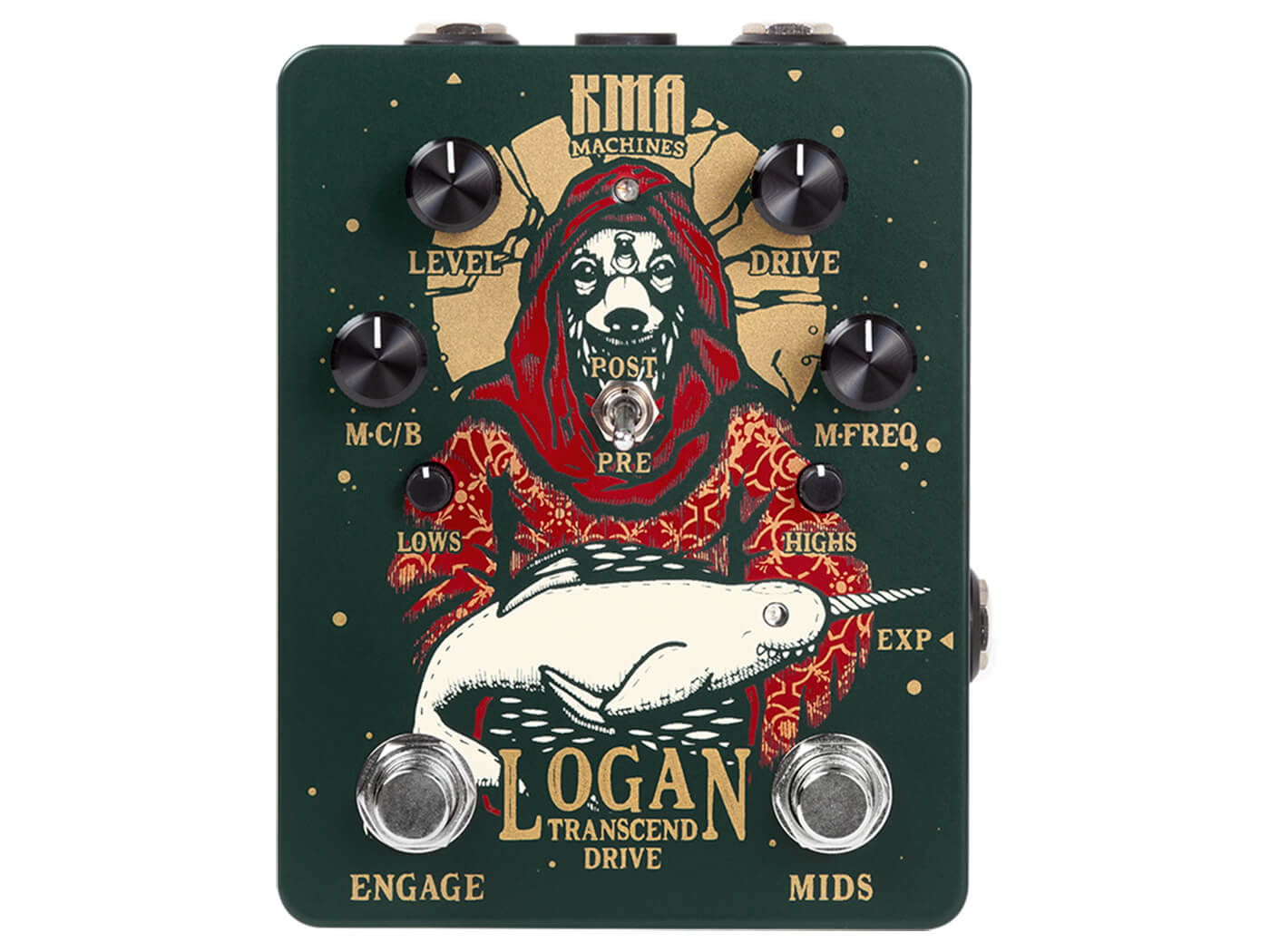 German company KMA Machines has launched the Logan Transcend Drive, a versatile, touch-responsive overdrive pedal that can be deployed in a variety of settings.

Logan wears a number of hats – it can serve as a low- or mid-gain drive, be used as a preamp, or deliver a squelching cocked-wah sound. The preamp function, in particular, is made possible by the pedal’s high-headroom design that’s touted to offer up to 25 dB of juice.

For controls, Logan has a pre/post-gain switch as well as a three-band EQ. The latter includes a parametric mid-EQ that can be toggled by an independent footswitch. Logan also sports an input for expression pedals, which can be used to ‘roll’ the midrange frequency for quacky wah-like sounds and slow phaser-style filter sweeps.

Retails at £175. More info at kma-machines.com.