Knuckle Puck shows off the 20/20 Overdrive, voiced for thick and saturated punk tones

Designed in collaboration with Mike Pappalardo of Compendium Engineering. 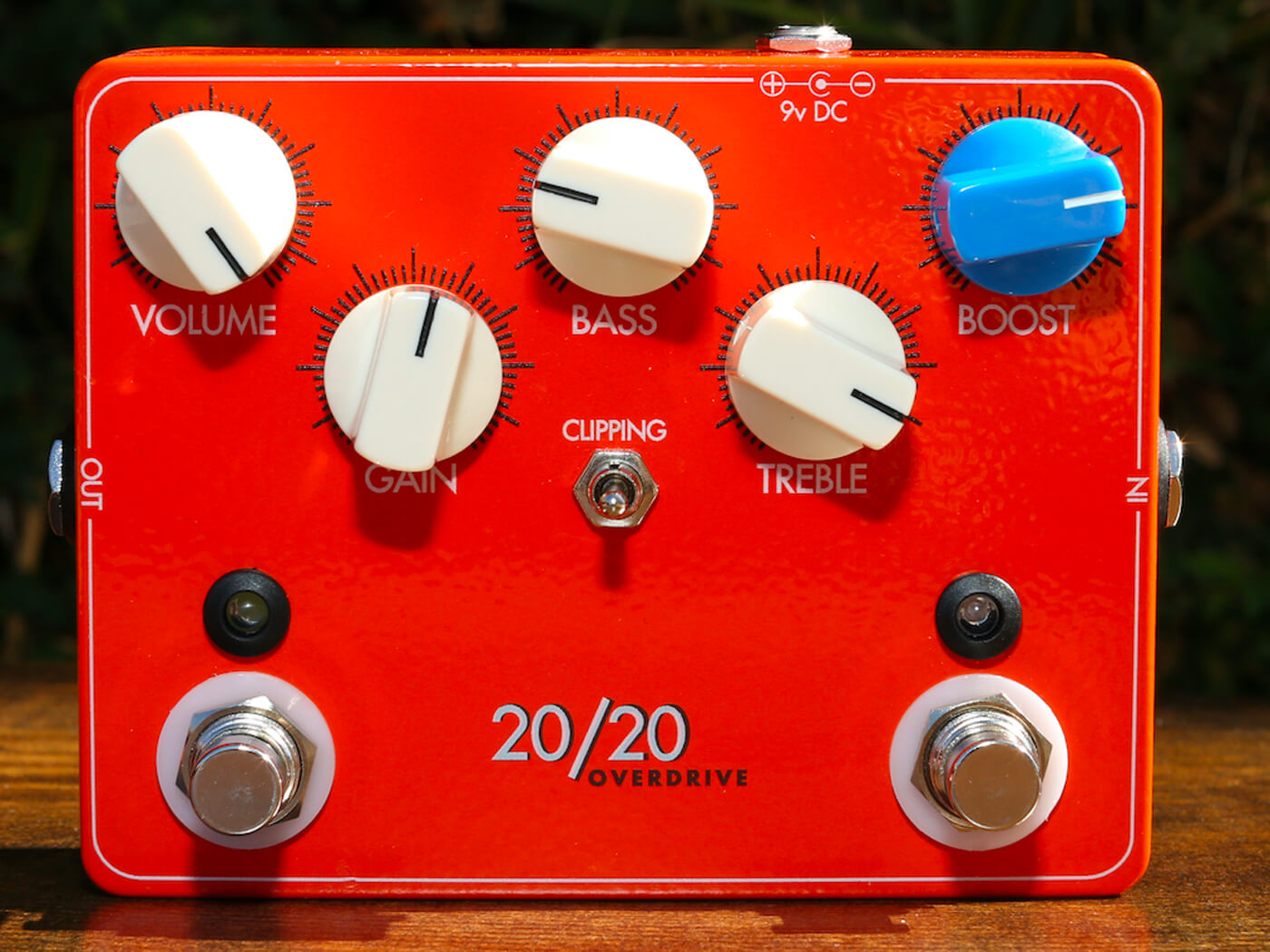 Pop-punk outfit Knuckle Puck have announced the 20/20 Overdrive pedal, named after their upcoming album and designed in collaboration with Mike Pappalardo of Compendium Engineering.

The 20/20 Overdrive is described as “a transparent overdrive and gain staging solution in one box”, and will allow fans of the band to recreate the “thick, overdriven tones” that are featured on their upcoming record.

The pedal features a dual-section design, with independent drive and IC-driven boost circuits. The combination of the two promises a range of highly usable tones, spanning from a light boost to a saturated distortion.

As for controls, the 20/20 Overdrive offers volume, gain, bass, treble and boost knobs, as well as a clipping switch. Check out guitarist Nick Casasanto’s demo of the pedal below.

According to Casasanto, the inspiration behind the 20/20 Overdrive was to contain his usual rig into a compact offering.

“Knuckle Puck is a band that has always put an emphasis on guitar tone by riding the line between heavy distortion and sparkling cleans,” he said in a statement. “Over the years this was achieved by combining multiple-channel amps with one or two other distortion pedals in order to properly gain stage.”

“With the 20/20 Overdrive, we’ve eliminated the need for more than one pedal, saving you precious space on your pedalboard and simplifying your quest for the perfect overdriven tone.”

The 20/20 Overdrive is available for $165. Learn more at knucklepuckil.com