Developed by the original Tubescreamer’s creator, could this be the best 808 yet? 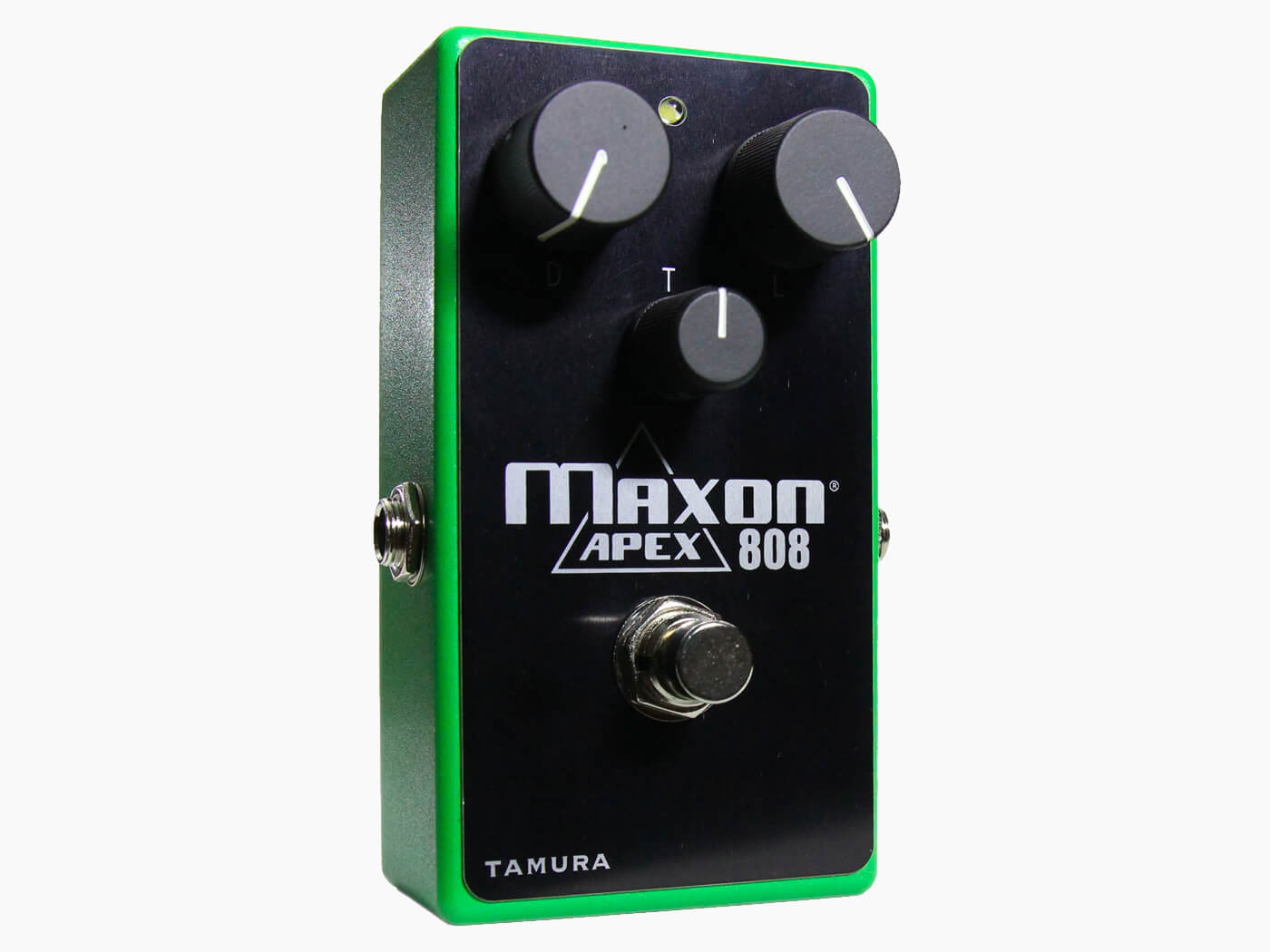 For the development of Maxon’s Apex808, Susumu Tamura, the inventor of the original Tubescreamer, took three years to analyse over 100 different vintage and in-production TS/808 variants. This research, according to Tamura and Maxon, may have led to the creation of an apex Tubescreamer, to sit in the front of the signal chain.

The original TS808 was lauded for mimicking the growl of an overdriven tube amp, delivering flattering compressed, sweet and full sounding overdriven tones. Tamura’s study claimed that the best sounding 808s not only featured a specific brand of IC chip – but that said chip’s production period factored in an equally important role. This particular IC chip was then sourced by Tamura and incorporated into the Apex808’s design.

“The use of this ‘hen’s tooth’ IC has a dramatic effect on the sound characteristics of the Apex808,” said Maxon. “[It generates] a transparency, clarity and note-to-note separation so uncanny that it makes other drives sound as if they are being played with a blanket over the speaker.”

Hear the Apex808 in action, below.