Mesa Boogie expands the Subway series with the TT-800

The new compact bass amplifier is rated at a huge 800 watts. 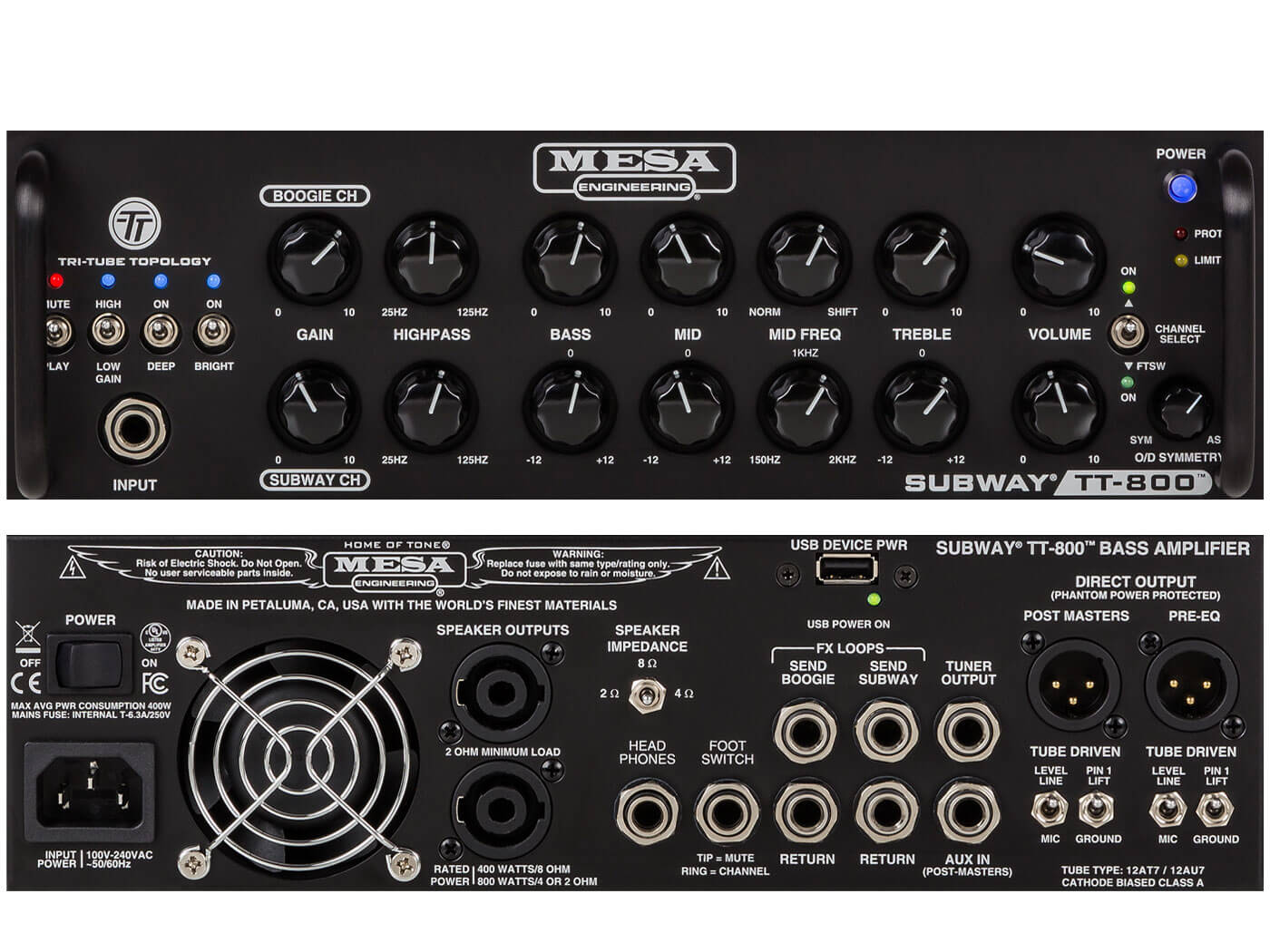 Mesa Boogie has expanded its Subway series of bass amps and cabs with the TT-800, a compact-but-powerful dual-channel amplifier.

The two channels are named Boogie and Subway respectively, with each featuring independent controls for gain, a highpass filter, a three-band EQ, a midrange frequency adjustment and volume. The Boogie channel is voiced closely to Mesa’s Bass 400+ series, while the Subway channel is voiced with a more modern approach, so a tighter low end, and punchier mids.

Both preamp channels then run into an absurdly loud 800-watt, Class D power amp section. For even finer control, there are also toggle switches to select low or high-gain modes, as well as engaging ‘Deep’ and ‘Bright’ tone adjustments. To change the character of the amp’s overdrive clipping, a small knob allows for the blending between symmetrical and asymmetrical clipping.

In terms of I/O, there’s an effects loop for each channel, as well two speaker outputs, and two XLR DI outputs, a headphone jack and a connection for a footswitch to change channels.

Hear the amp in action with Mesa Boogie’s demo below: