The new range comes with a price of around €1,000, and fitted with noiseless pickups. 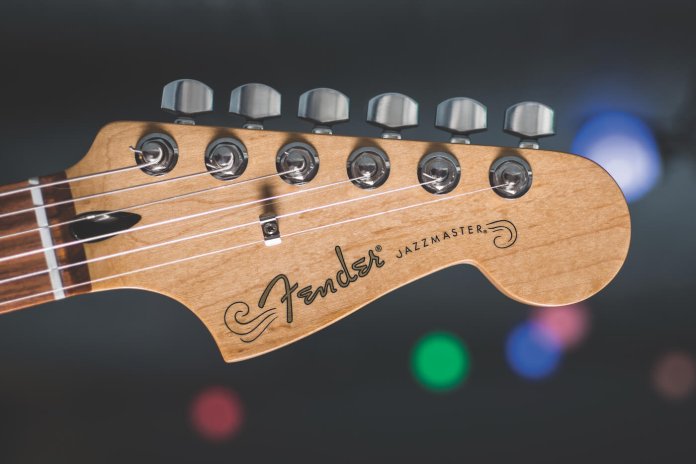 What looks to be a successor to, or a more premium version of, Fender’s Player range of guitars has appeared on some retailers’ websites before any official launch from the brand. Entitled the Player Plus range, its guitars come with some striking new finishes. There’s also a new range of noiseless single-coils for the Player Plus guitars.

As spotted by Gearnews, the Italian dealer website Esse Music has listed models in the new range, with an expected arrival date of 24 September 2021. Search engines have also indexed a lot of dealer pages for the new guitars, however, most of these have been taken down.

The guitars include a made-in-Mexico range of Stratocasters, Telecasters, Precision Basses and Jazz Basses. Across the range are some new finishes, too, including the colourful Tequila Sunrise and the dark and brooding Silver Smoke. These two finishes are the most striking new additions, as they are gradients from one colour to another across the length of the body. There are also some more traditional Fender finishes such as Vintage White and Aged Candy Apple Red.

It’s also possible that there are more models such as Jazzmasters and Jaguars on the way, however, here’s what we know so far:

From what we know so far, the Player Plus range will offer both an SSS and an HSS Stratocaster, with maple and pau ferro fretboards available. Body wood is alder, with a maple modern C-shaped neck, 22 frets and a 12-inch fretboard radius.

For the SSS variation, there are three of the new Player Plus noiseless Strat pickups. Switching includes a push-pull pot on the second tone control to add the neck pickup into positions one and two.

For the HSS variation, there’s a new Player Plus humbucker in the bridge. This looks to be slightly inspired by a wide-range humbucker. There are three mounting screws to attach it to the pickguard, and an offset arrangement of pole-pieces and slugs. The neck and middle positions are again the Player Plus Noiseless Strat single-coils. Switching again offers some interesting options, with the bridge humbucker able to be split with the push-pull tone pot.

The standard Telecaster instead just keeps things simple with a pair of Player Plus noiseless single-coils.

In both cases, construction is similar to the Stratocaster, with an Alder body, a maple modern C-shaped neck, 22 frets and a 12-inch fretboard radius. Fretboard material is a choice between maple or pau ferro, depending on your choice of finish.

The Jazz Bass does have listings for both pau ferro and maple fretboards, and a similar overall construction of an alder body and maple neck. Pickups in the Jazz Bass’ cases are a pair of the new Player Plus noiseless Jazz Bass pickups.

Both bass models feature switchable electronics between active and passive, as well as a pan pot to blend between pickups.

Prices for the new Player Plus guitars range between €990 for all of the electrics and €1099 for all of the bass models. This is a little higher than the current Player Models, likely explaining the Plus moniker.