He also noted the rather similar product names. 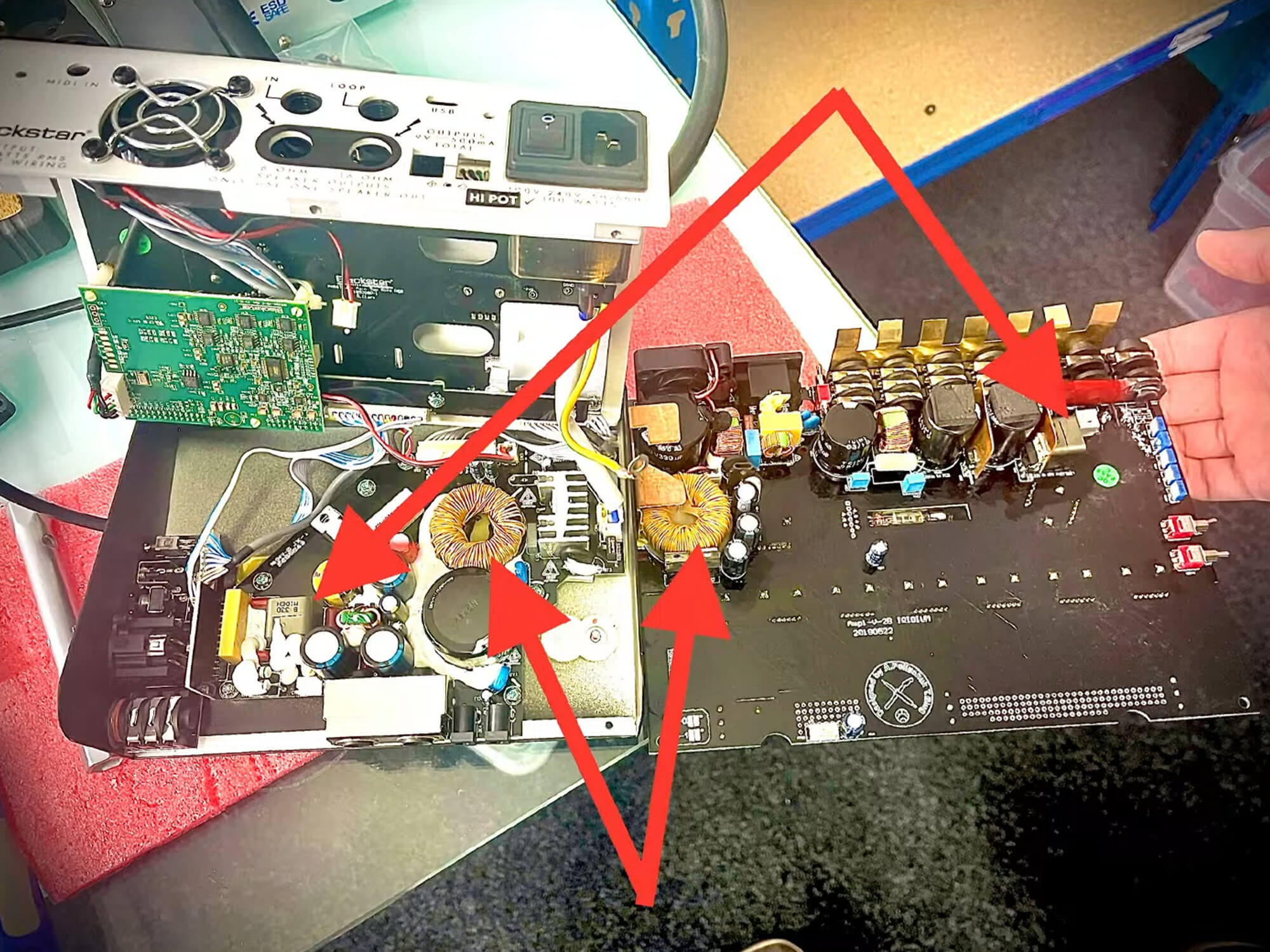 BluGuitar founder Thomas Blug has accused Blackstar Amps of “stealing” parts of the design for BluGuitars Amp1 in its Amped 1 unit.

In a lengthy livestream on YouTube, Blug compared the BluGuitar Amp1 to the Blackstar Amped 1. As well as noting the similar names, he noted that he preferred the sound of his own company’s product. While he conceded that tone preference was subjective, Blug was much more critical when it came to comparing the two products’ internals.

He then claimed: “This type of transformer is custom-made for BluGuitar. And the winding of this transformer is not to be found in any other product. And this is a one-to-one copy of our power supply. That’s shocking.

“They took the Amp1 apart – and they know we have that switched-mode power supply which is custom designed. […] They stole our power supply.”

Blug noted that when the Amp1 project started in around 2010, this kind of power supply – the switched-mode power supply – was not common in guitar products, leading to BluGuitar designing a bespoke version of it for the Amp1.

A switched-mode power supply is a more complex power supply than the linear supplies commonly found in valve amplifiers – however, they are ubiquitous in many other applications, including HiFi amplification and general electronics such as laptops and desktop computers. In short, rather than using a large, heavy transformer and full-bridge diode rectifiers to supply certain DC voltages, they use mosfets switching on and off at very high frequency rates – and then a combination of diodes and capacitors – to turn AC wall supply into different AC and DC voltages.

Blug also states that “the winding of this transformer is not to be found in any other product” – and we really only have his word that Blackstar’s winding is the same, as it is impossible to judge this by an image alone. The other component that Blug points out does indeed appear similar, however, this alone is not inherent proof that any “theft” of a design has occurred: each product also utilises capacitors, diodes and resistors.

It’s also notable that Blackstar has recently worked extensively with switched-mode power supplies. Earlier this year we spoke to designer Paul Stevens about integrating a switched-mode supply into valve amplifiers with the St James series.

In the livestream, Blug outlined his dissatisfaction with what he alleges Blackstar has done. “In this industry people get inspired, that’s fully fine. No words about it. But they stole our power supply, which works fine… they didn’t have the guts to do their own power supply.”

He added: “They even stole a little part of our power amp. Not the entire thing, because that’s way too complex, but the simple stuff, they could get.”

Then, his upset got a little more personal. “There’s a name on the PCB. R. Clark,” he said, pointing to the screenprint on Blackstar’s unit. “Mr Clark, if you are man enough, you can call me. Simply write an email to info@bluguitar.com and say ‘Hi, I’m Mr Clark, I invented the [BluGuitar] Amp1. And then we talk about what you did invent. And what you didn’t invent.”

However, Blug did imply that he would not take legal action regarding the alleged similarities. “I will not do anything,” he said. “That’s not the point. But I believe it’s something that needs to be brought up.”

Representatives for Blackstar and BluGuitar have been contacted for comment.