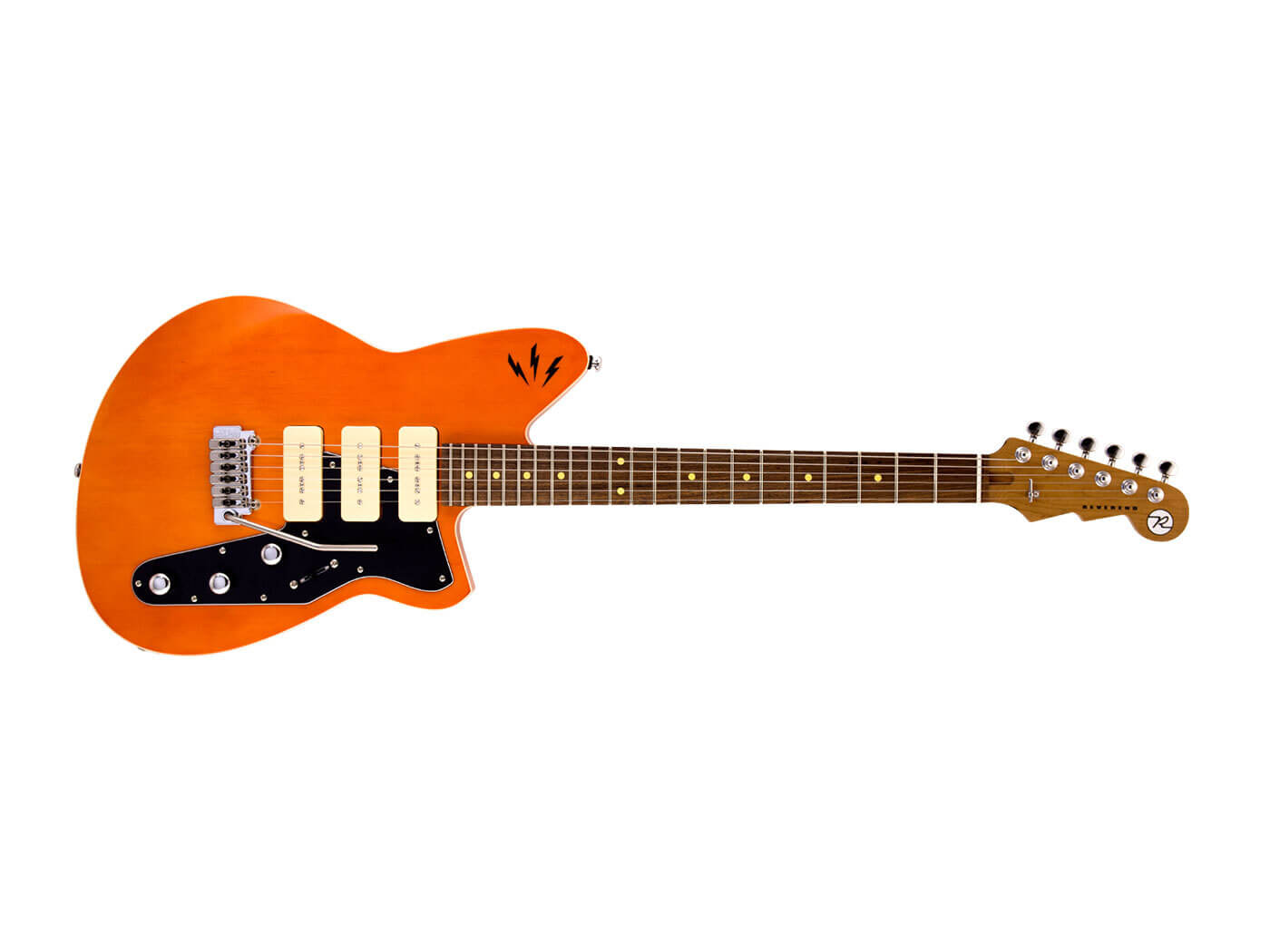 Asheton played a Jetstream 390 during Stooges reunion show, and this version comes in Asheton’s favourite Rock Orange colour, and also sports a lightning bolt decal on its upper horn.

Reverend’s first signature model with Ron Asheton was a Volcano – a V-shaped guitar – with 3 P90 pickups. It mainly came in Rock Orange, but there were Midnight Black and Ice White versions as well.

Asheton’s Reverend Jetstream 390 was stolen, along with all of The Stooges’ other gear, in Montreal in 2008. The guitar has since disappeared, along with the Reverend Ron Asheton Signature Volcano prototype and a host of other Stooges gear.

The construction consists of a Korina body, as well as a Boneite nut fitted into a maple neck. In accordance with its 390 name, it’s loaded with three P90 pickups for a wide tonal palette. More tones are on tap thanks to the presence of Reverend’s signature bass contour control.