This custom Crybaby GCB95 has a red finish and bears quotes selected by Morello himself. 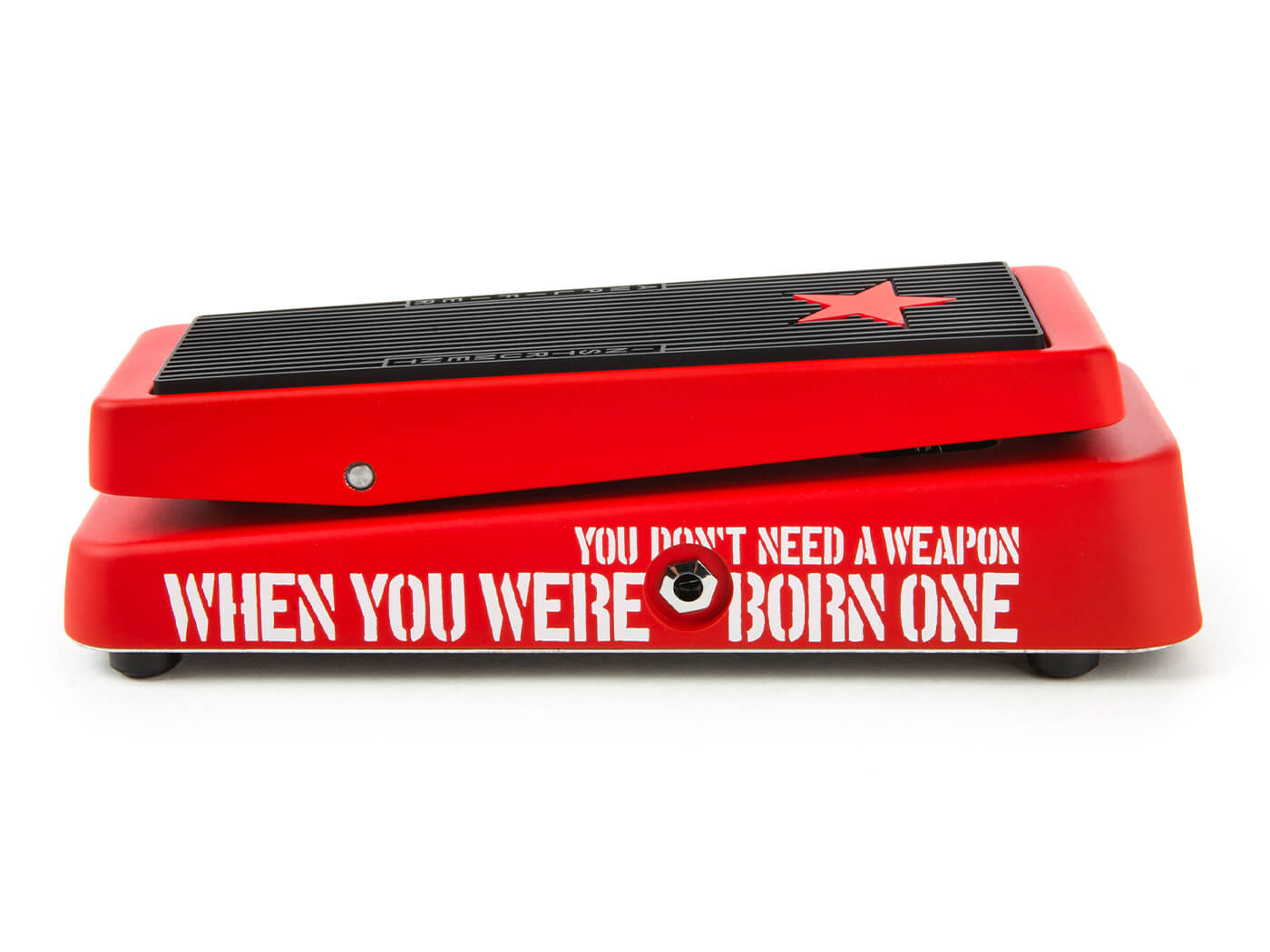 Dunlop has announced a limited edition Cry Baby Wah for Rage Against The Machine and Audioslave guitarist Tom Morello.

The Tom Morello Cry Baby Wah sports a custom red enclosure, wrapped in quotes selected by the guitarist himself.

The pedal specs are identical to that of the stalwart Cry Baby GCB95 – which Morello has used on “every album and every tour through his career”, according to Dunlop. The GCB95 is best known as the modern incarnation of the original Cry Baby Wah, first introduced in 1966.

Compared to the original, the GCB95 has a more focused high-end and more aggressive wah characteristics. It’s also known to be especially hardy, thanks to a heavy-duty die-cast housing and a Hot Potz Potentiometer tested to a million cycles.

The Tom Morello Cry Baby Wah features two quotes on its sides: “You don’t need a weapon when you were born one” and “Sometimes history needs a push”. According to the brand, these were chosen specifically to “highlight the battle for justice that [Morello has] dedicated his craft and career to”.

Earlier this year, Morello teamed up with Imagine Dragons vocalist Dan Reynolds, Shea Diamond and producer The Bloody Beetroots to release the protest song, Stand Up. The song was inspired by the Black Lives Matter movement.

The Tom Morello Cry Baby Wah will be “available soon”, according to Dunlop, with a price tag of $185.70.