It mimics an overdrive slamming into the front-end of an amp. 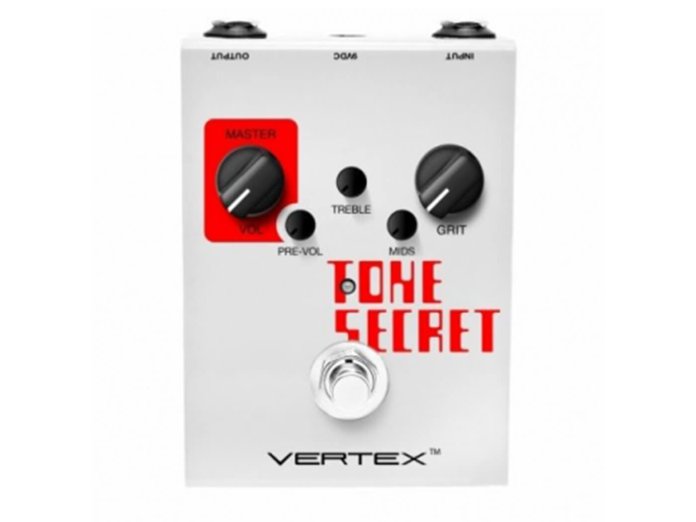 Vertex has released the Tone Secret, an overdrive pedal that aims to recreate the classic combination of a Tube Screamer hitting a Blackface amp’s front-end.

Taking its cue from that drive chain, the Tone Secret features two circuits: one modelled after the classic Tube Screamer, and the other a solid-state version of the Blackface’s 12AX7-powered preamp stage.

Besides a master knob to control both circuits’ overall output, you can sculpt the pedal’s drive character with two controls: Pre-vol and Grit. The former determines how hard the OD circuit hits the preamp, while the latter governs the drive output from the OD circuit. Grit can also be used to dial in the ratio of your amp’s natural break-up to the pedal’s OD effect, according to Vertex.

And to further fine-tune your drive tone, the pedal boasts a two-band EQ, which allows you to tweak both middle and high frequencies.