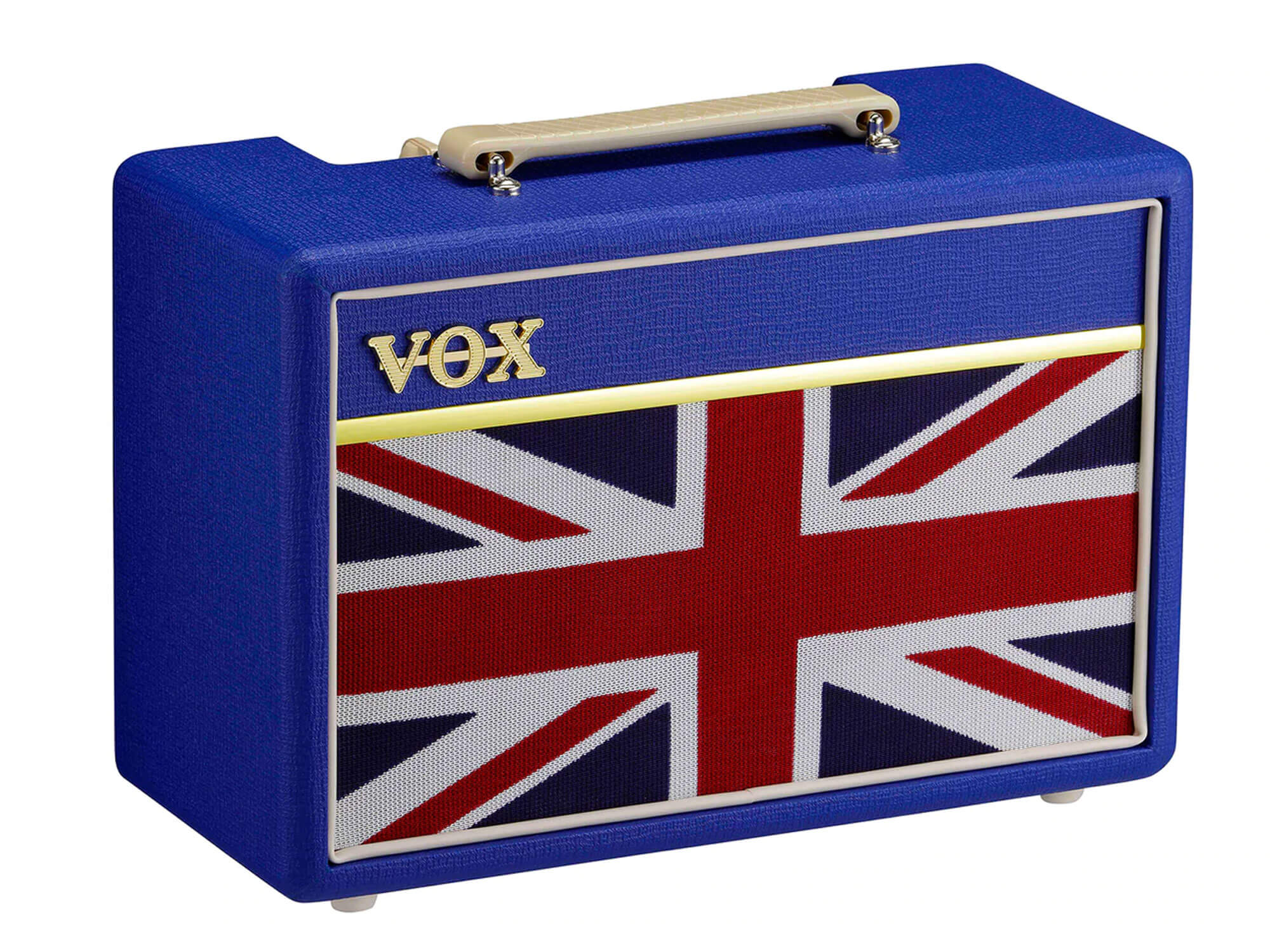 Unveiled earlier this week, the two new releases by Vox are already proving popular for those seeking a limited-edition amp, with both finishes already listed as currently sold out online.
The first of the two new editions is the eye-catching Royal Blue finish. Designed to mark the occasion of Queen Elizabeth II’s seventy years of service, the unmissable model comes with a Union Jack themed front grille, a royal blue leather-look and white piping, alongside matching chicken head knobs.
Not the first time the company has launched some of its products with a Union Jack theme, in 2019 Vox also debuted the Mini Superbeetle with the distinctive finish. In addition, back in 2017 the same amp in question, the Pathfinder 10, was also released with a similar variation, yet not quite in this same blue finish.
The second of the limited edition amps is the Cream Brown finish – demonstrating an unmistakably more subtle approach than its counterpart.

Coming in an ivory cream finish, this vintage-inspired finish fits more comfortably alongside the company’s other releases. More of a classic appearance, the limited-edition release withholds a retro diamond grille cloth and is ideal for musicians seeking a more subdued and elegant look than seen with the Union Jack version.

With an all analogue design, both amps are designed around a 10 Watt power output and come housing a single 6.5 inch Vox Bulldog speaker.

Gain and volume controls featured on the top give users the ability to capture just the right bite in their playing, while a simple clean/overdrive switch immediately allows for the Pathfinder to quickly shift from crisp, sharp tones to a high-gain clamour.

Unsurprisingly incorporating chickenhead treble and volume knobs, musicians are given further control over the amp’s tone and the addition of a headphone output makes silent practice easily accessible – ideal for those practising in a home environment.

Each available for £99, both limited editions are currently sold out on the Vox website, however, are set to appear from numerous Vox dealers soon.

The original black model is available for £79 at Vox.