David Gilmour to release the single Yes I Have Ghosts, his first new music in five years

It will be premiered in the audiobook of Polly Samson’s A Theatre For Dreamers. 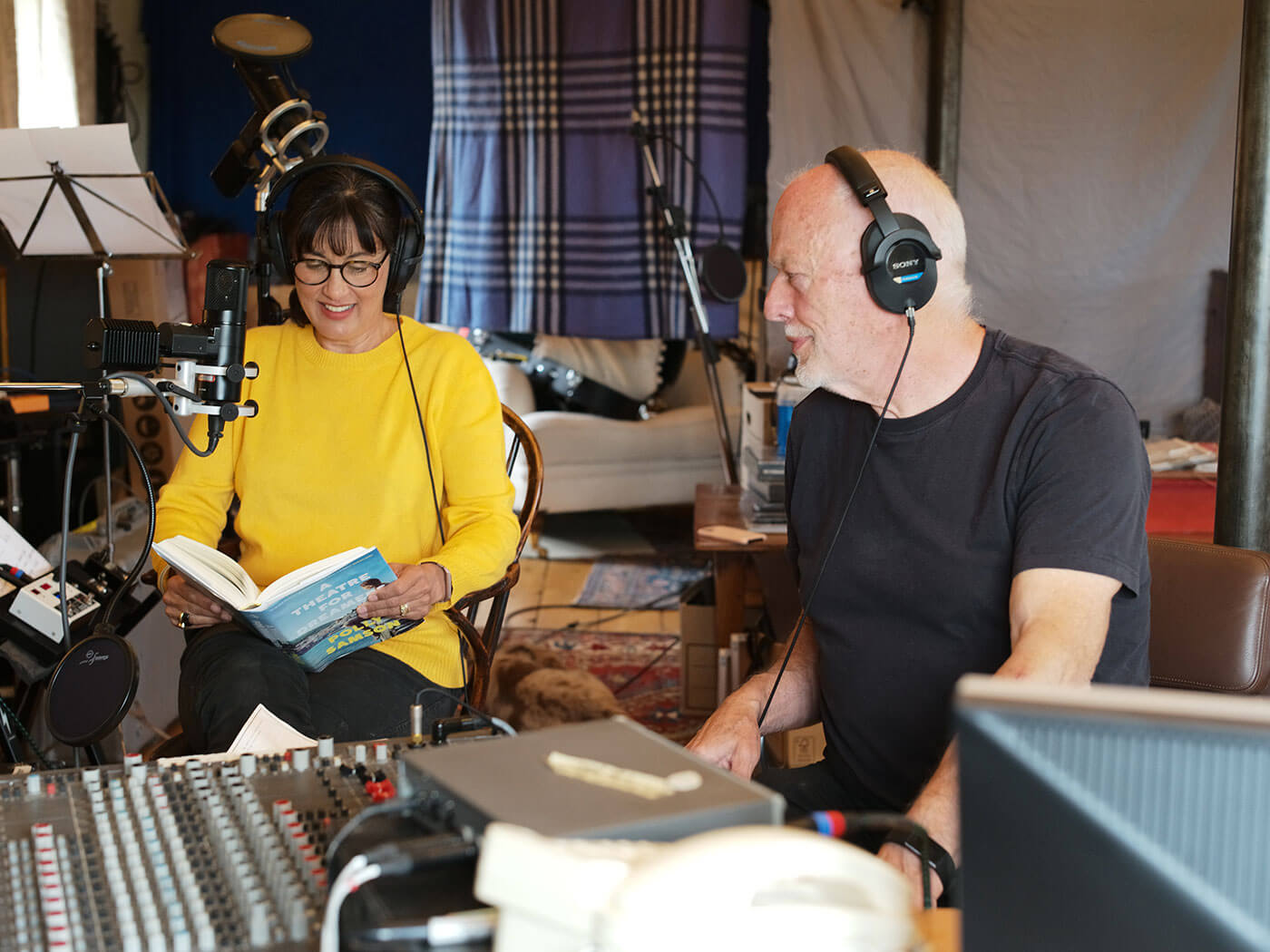 The new song will be previewed in the release of Polly Samson’s upcoming audiobook of her upcoming novel A Theatre For Dreamers, which arrives on 25 June, a week before the song’s official release. It’s a fitting place for the new song to debut, as it was inspired by a character from the novel and was co-written by Samson. In addition to the new single, the audiobook will feature original music by Gilmour throughout.

Polly Samson said of the release: “We didn’t set out to work together on the audiobook, but lockdown meant I had to narrate and I’m grateful to David Gilmour for stepping in to the producer’s chair. We wanted to explore the creative possibilities of the format and produce something new, refreshing and innovative. Collaborating with David – as I have done many times over the last 30 years, writing songs for both Pink Floyd and his solo albums – we were able to bring together the worlds of literature and music to enhance the listening experience and connect with audiences in a way which I don’t think has been done before. I hope the audiobook, which was recorded in our home studio, is received with the same levels of warmth and positivity as the printed version and that listeners enjoy the fruits of our creative collaboration.”

David Gilmour added: “Polly’s vivid and poetic writing, coupled with her very natural narration voice, made joining forces to produce the audio version of A Theatre for Dreamers a fantastic and fulfilling experience. The audiobook format has so much untapped potential, and I am surprised more musicians have not creatively collaborated with authors, narrators, and audiobook producers in this way before. The two worlds seem to seamlessly link, and music can really help to bring audiobooks to life in unexpected new ways. We were also lucky to have our daughter Romany in lockdown with us to contribute harp and additional vocals. I am really pleased and proud of how Polly’s words and my music have entwined in this audio version of A Theatre for Dreamers.”

Gilmour and Samson have also been collaborating on their ‘Von Trapped Family’ streams, which feature readings from the novel by Samson and music from Gilmour.

Find out more at For more music news, click here.