Bassist Duff McKagan let it slip in an interview. 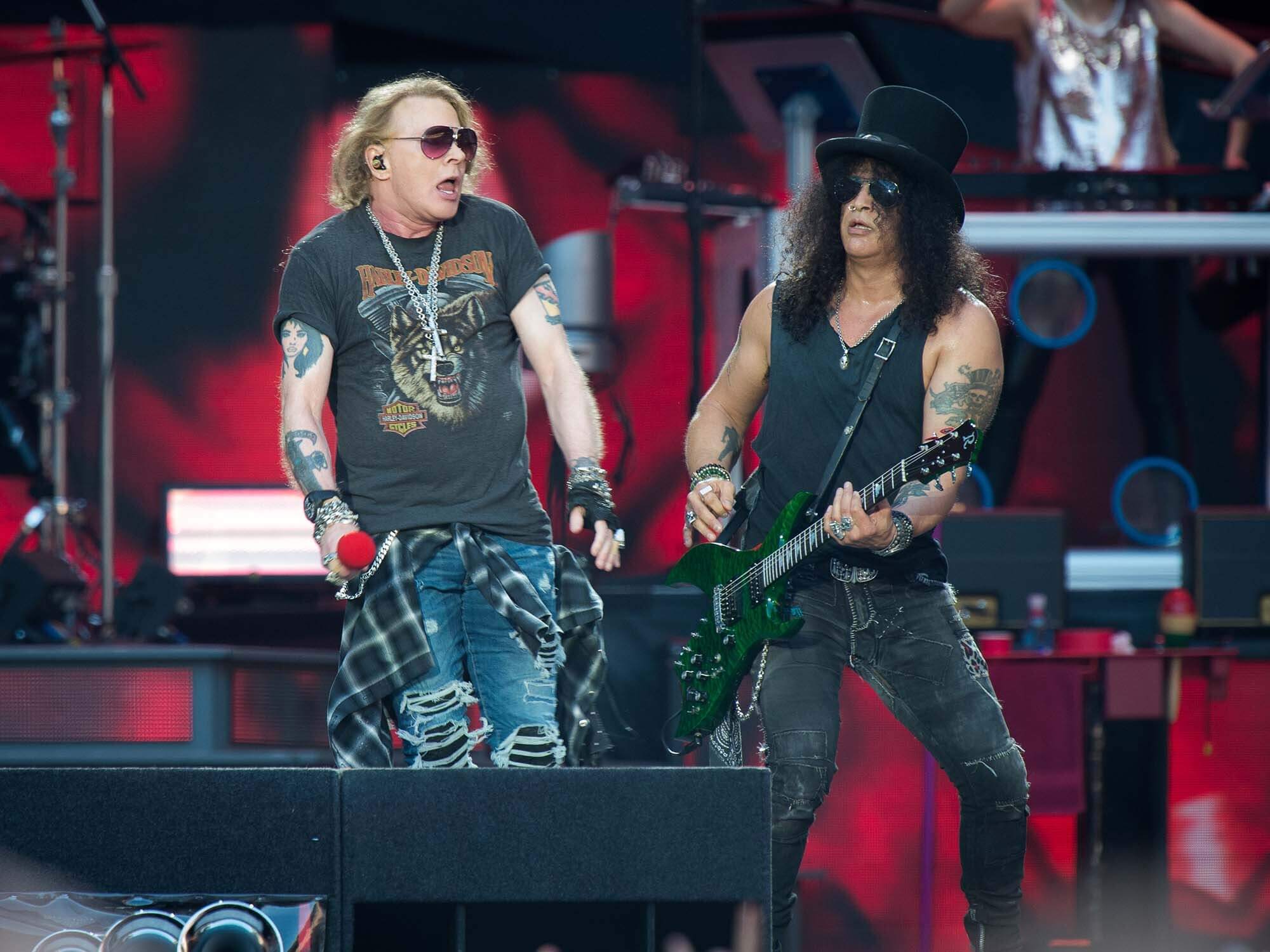 Guns N’ Roses have confirmed that they will be headlining Glastonbury festival this year.

In an interview with US radio station SiriusXM, bassist Duff McKagan appeared to let the information slip that he, Axl Rose, Slash, Dizzy Reed, Richard Fortus, Frank Ferrer and Melissa Reese will be headlining Worthy Farm this summer.

While speaking about upcoming shows, McKagan mentioned he was looking forward to playing BST Hyde Park, before adding that “Glastonbury is going to be iconic for us.”

He continued by adding, “We’re going to be announcing some shows, you guys, at some point, we’ll be announcing a bunch of stuff.”

In more Glastonbury news, Elton John has confirmed that his headline performance will be his last ever show on British soil, while the end of his tour is set to conclude in Sweden in July.

“As the end of my Farewell Yellow Brick Road tour comes into view, there is no more fitting way to say goodbye to my British fans,” John said in a statement.

“They have been beyond brilliant, and have supported me through all the highs and lows of my career… I can’t wait to embrace the spirit of the greatest festival in the world.”