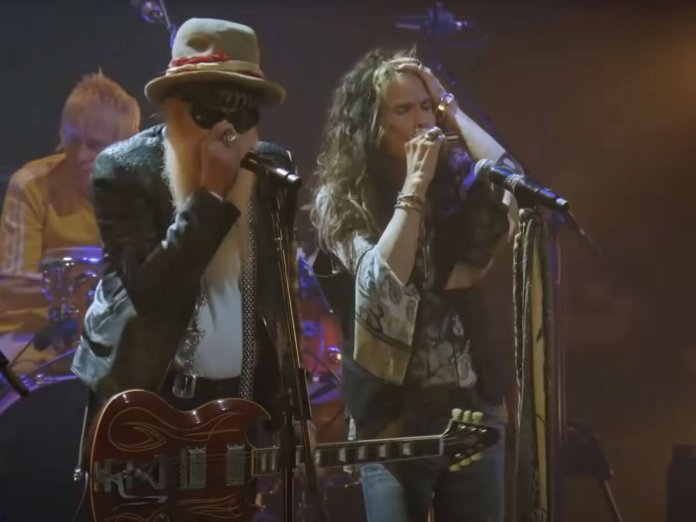 Video footage has been released of Fleetwood Mac’s Mick Fleetwood performing a version of the Fleetwood Mac track Oh Well, Pt.1 along with Aerosmith’s Steven Tyler, ZZ Top’s Billy Gibbons and other stars.

The original track was released in 1969, with the full piece featuring two parts. The first is the traditional electric blues song, while the second is a longer instrumental piece that weaves in classical influences to the band’s sound.

At the time of the concert’s announcement, Mick Fleetwood said: “The concert is a celebration of those early blues days where we all began, and it’s important to recognise the profound impact Peter and the early Fleetwood Mac had on the world of music. Peter was my greatest mentor and it gives me such joy to pay tribute to his incredible talent. I am honoured to be sharing the stage with some of the many artists Peter has inspired over the years and who share my great respect for this remarkable musician. ‘Then Play On’…”

You can take a look at the performance below.

The full concert is also available to purchase now on 4LP vinyl, a 2CD/Blu-ray edition that includes a 20-page Mediabook, and a Super Deluxe edition. Find out more here.