Five new guitar-driven tracks to rock out to this week

Including songs by Ty Segall, Torche and Duster. 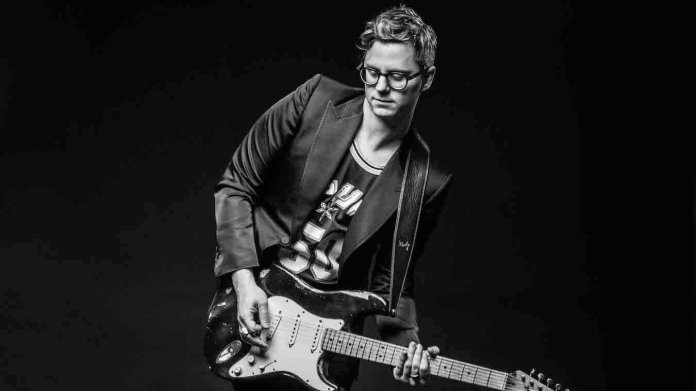 On the hunt for the best in new guitar music over the last week? Look no further, as we’ve got you covered with a list of everything from instrumental shred to esoteric indie-rock. Here are five tracks that you need to hear:

If you’ve switched your TV over to to the US comedic institution Saturday Night Live at any point over the last 10 years then you’ve heard Jared Scharff’s guitar playing. A mainstay of the house band for over a decade, the guitar player (pictured above) is also an accomplished session musician and producer, releasing music under his pseudonym Pearl Lion.

Scharff also happens to be unprecedentedly dedicated to his tone and is a fuzz pedal fanatic, so much so that he’s released a signature pedal, the Kangra, with boutique pedal manufacturers Walrus Audio, based on his beloved 1960s Kay Fuzz Tone. We’re giving away a Kangra – check out this Facebook post to find out more.

From penning early tracks about a penchant for Taco Bell to developing lo-fi, bedroom recordings based out of LA, Jay Som has quickly become a respected and revered indie-rock musician. With NPR Tiny Desk concerts under her belt and a sophomore album, Anak Ko, due out in August, we sat down to talk to her about finding community in her new home of LA and developing as a guitar player.

Spanish Eddie by The Aristocrats

Guthrie Govan is now regarded as one of the greatest guitar players on the planet. The previous Aristocrats album is now four years old, and in that time he’s worked with esteemed composer Hans Zimmer and has toured as part of G3, his shred super-group alongside Joe Satriani and Steve Vai. We had a chat with the virtuoso about album number five, You Know What…?, what really matters at gigs and the importance of comedy.

It Doesn’t Matter Why by Silversun Pickups

Los Angeles-based alt-rockers Silversun Pickups return with their fifth album, Widow’s Weeds, following a long bout of touring that had them burning the candle at both ends. Frontman and guitarist Brian Aubern tells us about finding sobriety and rediscovering acoustic guitars.

The sister-duo Bleached released their brand-new third album Don’t You Think You’ve Had Enough? on Dead Oceans earlier this month. We got the band to break down their five favourite tracks on the album and just how much The Cure inspired them.