Watch Robert Fripp “as you have never seen him before”, dancing on the kitchen table in I’m Too Sexy cover

The guitarist known for performing while sitting down takes centre-stage in the Right Said Fred cover. 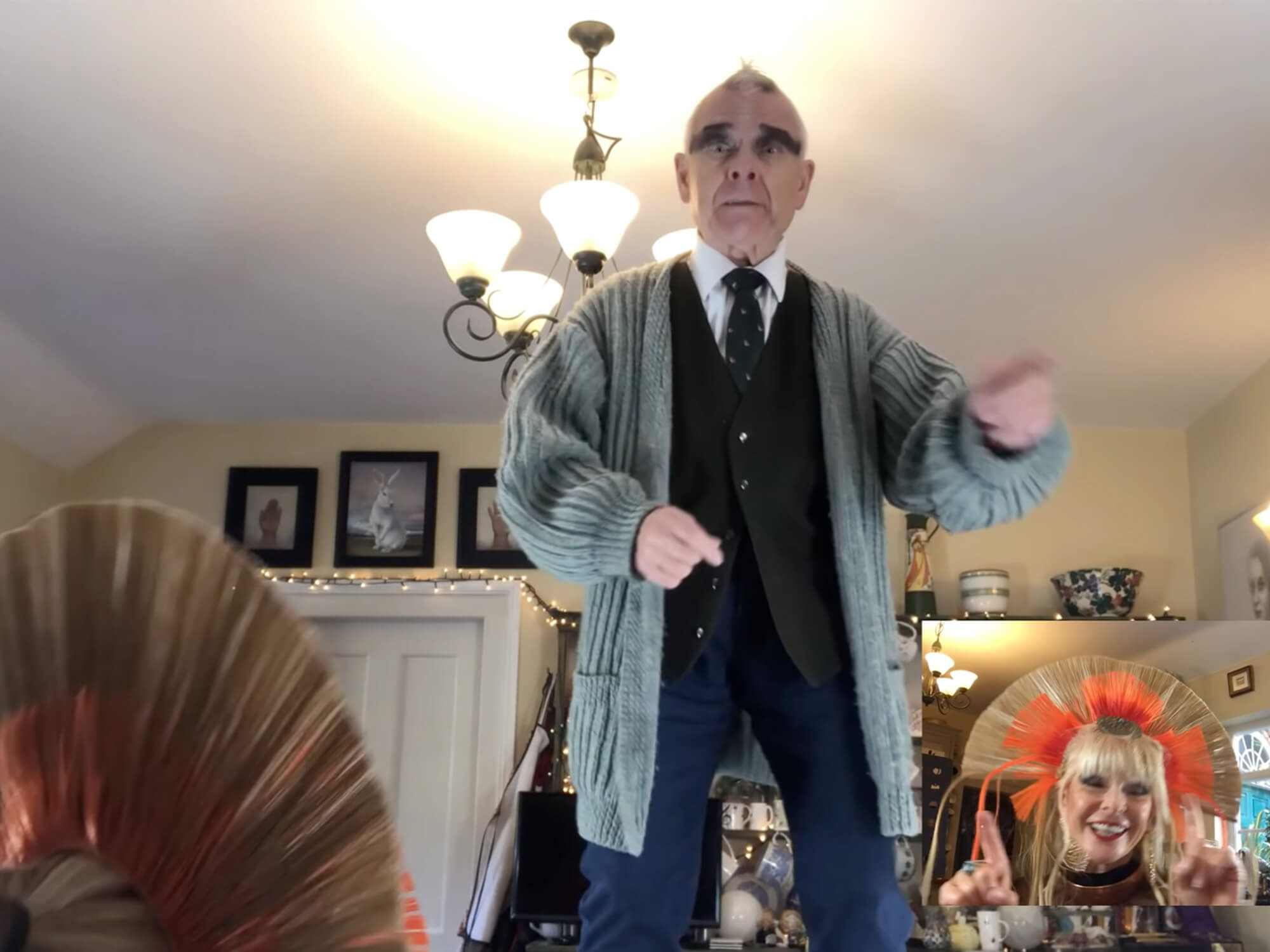 In their latest Sunday Lunch cover video, Robert Fripp and his wife Toyah Willcox have shared a bombastic performance of Right Said Fred’s I’m Too Sexy.

There may have been a time when Fripp, the mastermind behind progressive rock legends King Crimson, was thought of as a stern and unsmiling musical genius – but this latest cover has shattered that impression.

In the video, the guitarist known for performing while sitting down has gotten up on the kitchen counter to sing and dance along to the music. The episode came with a disclaimer for fans not ready to witness the display: “Warning: Some things can not be unseen”.

“We literally have no words for this weeks episode, other than this is Robert Fripp as you have NEVER seen him before!” wrote a description for the episode on YouTube. Watch it below.

Last week, the couple got together to share their cover of the Rolling Stones’ Sympathy For The Devil.

The Sunday Lunch series first began during lockdowns early in the pandemic last year, as a means for Toyah to help her husband dispel his lockdown blues. “He was withdrawing,” she said in an interview with The Guardian. “So I thought: ‘I’m going to teach him to dance.’ And it became a challenge.”

Toyah admitted Fripp initially felt “he was being mocked” but later on changed his tune when he learned it was a helpful way to stay connected with fans, who then were also stuck in lockdown.