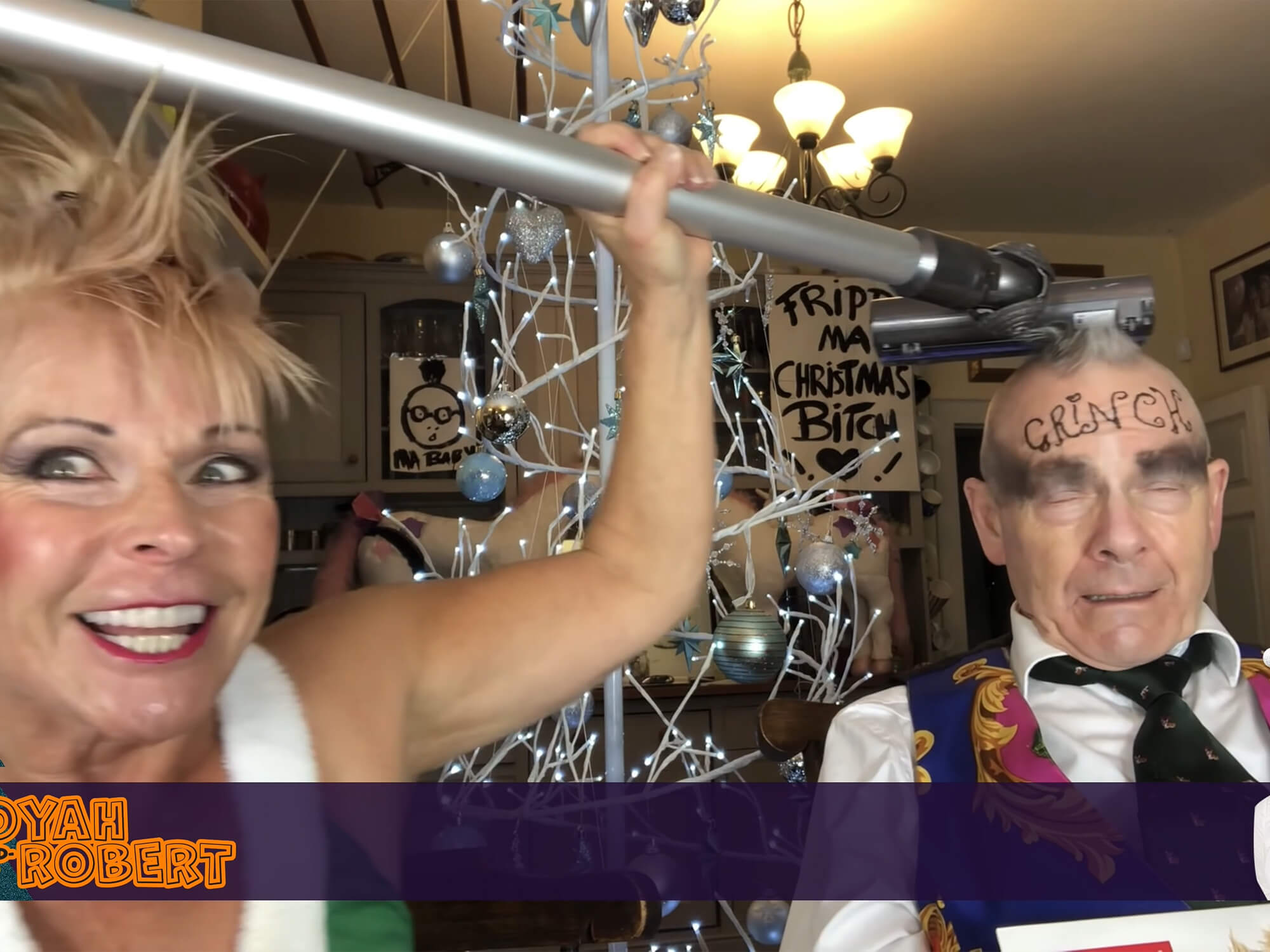 Sunday Lunch’s Fripp And Toyah have, in the spirit of the season, gifted us all with a new cover of a Christmas classic. In the kitchen this time: an unforgettable rendition of 12 Days Of Christmas.

The Frippcox household is still decorated as festively as ever, including Robert Fripp’s forehead, which again reads “Grinch.” The large sign that reads: “Fripp’s ma Christmas Bitch” is, of course, still present.

The actual performance is very prop-driven, with each of the items described in the song being represented by whatever items Fripp and Toyah find at hand. For example, five golden rings are represented by Toyah running a vacuum cleaner over Robert Fripp’s head. The connection there is, of course, too obvious to need explaining here.

As ever, Fripp’s singing has invited commentary from fans, who all agree that he is at the very least creating sounds using his vocal cords. “Gee Robert, you just about held the note on that one – a first time for everything,” reads one comment. This is, however, followed by a winky face emoji, so you know it’s all in good fun.

Take a look below.