Tim Henson ‘doesn’t care’ about progressing the guitar: “playing is more of a means to an end”

“It’s more of a vehicle than anything for just the expression.” 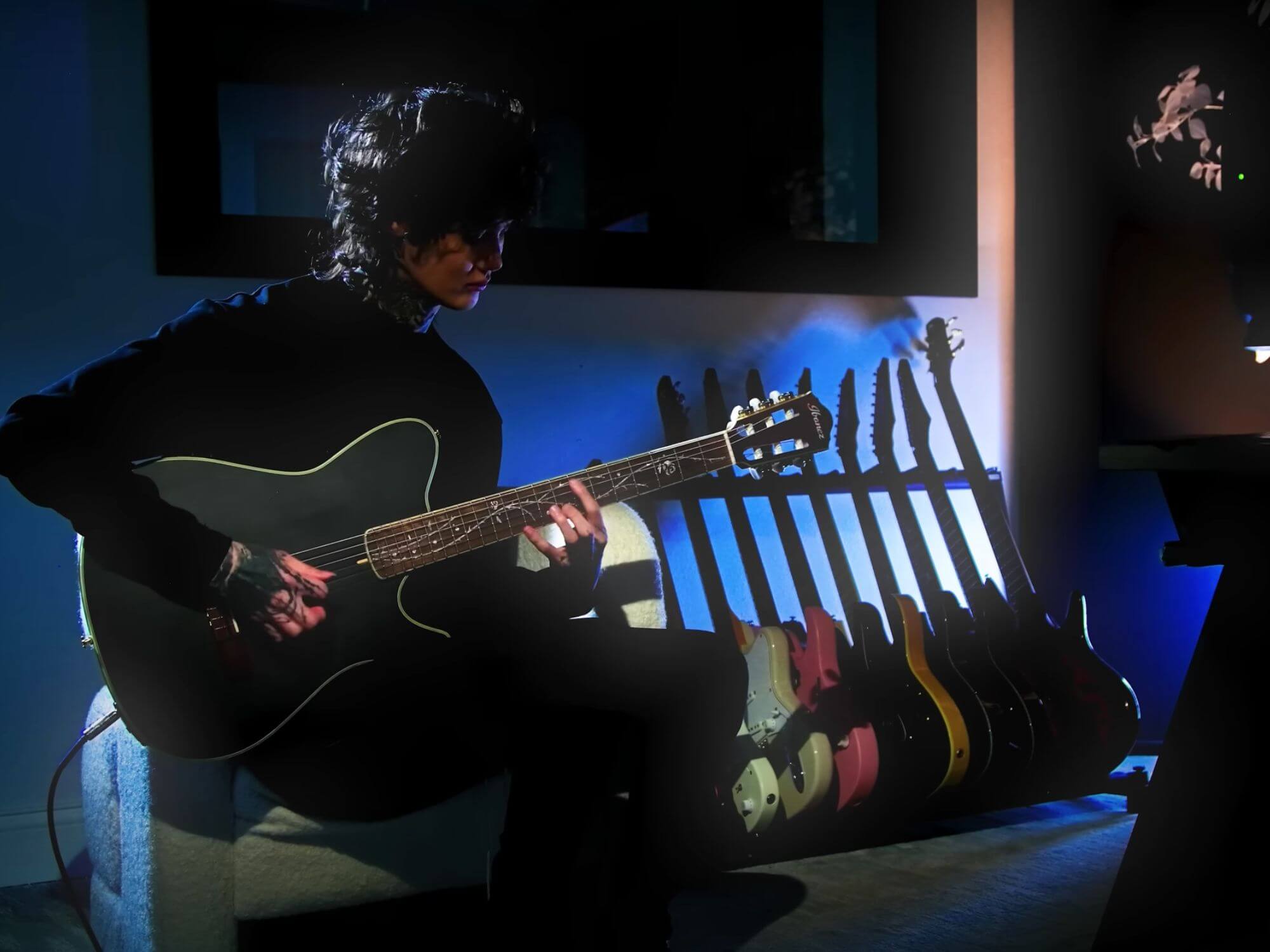 Polyphia’s Tim Henson has said that he has never been interested in the idea of “pushing the boundaries” of guitar playing, and instead, sees the instrument as a “means to an end”.

The topic arose during a new interview with the musician, posted to on Ernie Ball’s YouTube Channel.

Here, the Polyphia member explained his views towards the guitar, and stated that he sees the instrument as a “vehicle” for self-expression more than anything else:

“Guitar playing, to me, is more of a means to an end; the end being the creation of music,” Henson said.

“The guitar is a tool to execute my ideas and bring them to life. If I was good at any other instrument, I’d be playing that instrument [instead]. But I’m only good at guitar, so that’s the one I use. It’s more of a vehicle than anything for just the expression.”

In the discussion, which took place yesterday (5 January), the 29-year-old reflected upon statements which consider him as broadening the horizons of guitar playing.

Here, he confessed that the noble feat is something that has never been a priority for him, and instead a mere ‘byproduct’ of his making music.

“I don’t really care about progressing the instrument or pushing the boundaries of what’s possible,” he insisted.

“That’s more of a by-product that happens from me just wanting to make stuff and trying to figure out how it’s going to work. … My favourite thing is leaving the studio and just [being] like, ‘Damn, I made some dope shit today’. That’s my favourite feeling in the world.”

Find the full interview below.