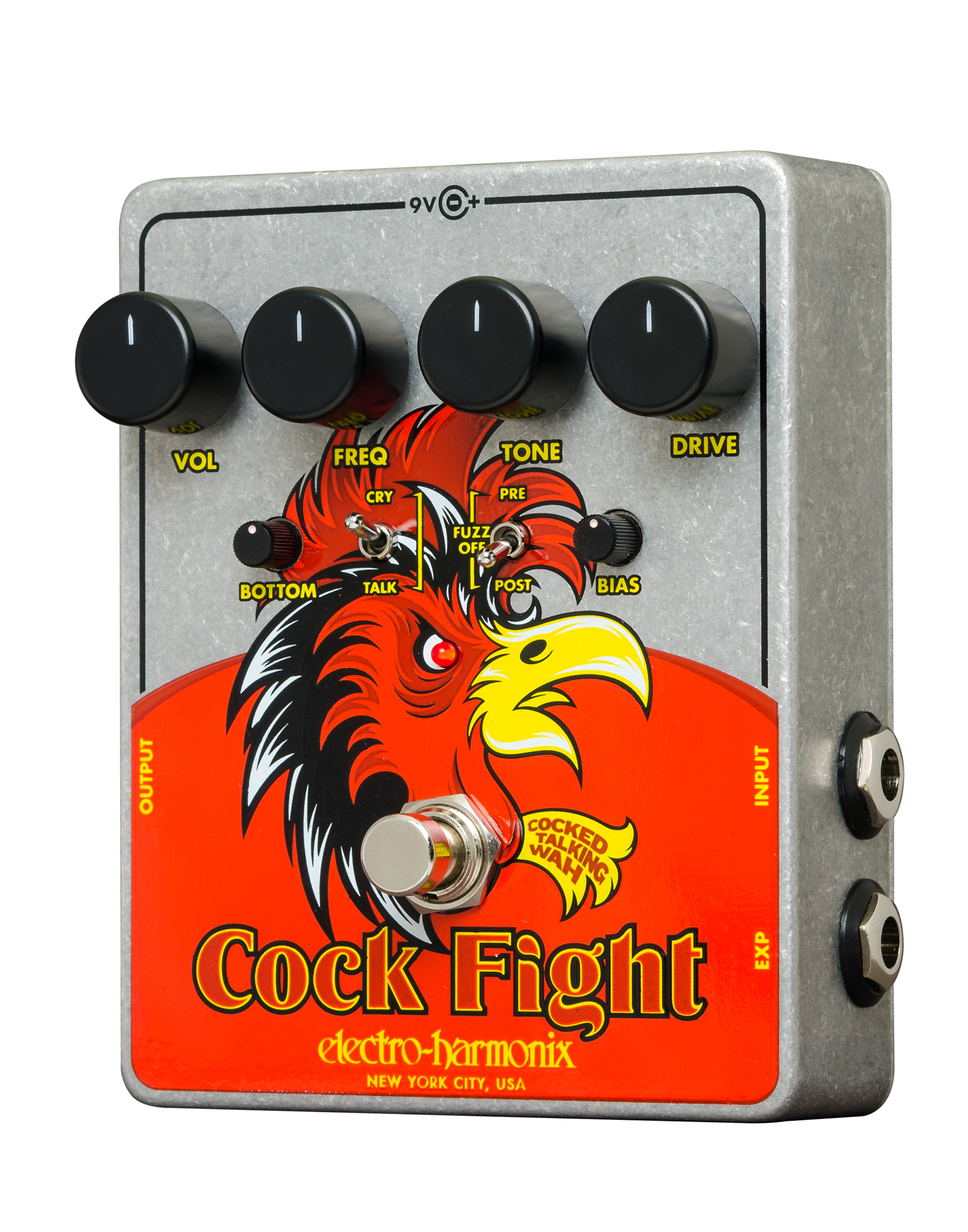 The New York-based company has released the new pedal, which it says “lets a player achieve cocked wah sounds without the wah wah”.

The Cock Fight features two expressive filters with tunable frequencies, producing classic cocked wah and cocked talking pedal sounds without a rocking wah pedal. A built-in fuzz can be added before or after the filter section.

Official info and specs below:
The EHX Cock Fight features two expressive filters with tunable frequencies to produce classic cocked wah and cocked talking pedal sounds—sans the rocking wah pedal. A built-in fuzz can be added pre or post the filter section, or removed entirely from the circuit. The Tone knob adjusts between a darker and brighter fuzz while the Bias knob takes the fuzz from “normal” to a “dying battery” sound. With its EXP input, the player can use an expression pedal to control and sweep the wah and talking pedal filters in real time for an array of especially expressive sounds.

EHX President and Founder, Mike Matthews, stated: “Some of rock’s most iconic guitar riffs have been created using a cocked wah sound, but that required finding the sweet spot on a wah pedal’s sweep. Our new Cock Fight lets a player dial in all those great tones and is like getting a stuck wah, stuck talking pedal, expression-pedal controlled wah and talking pedals, plus variable fuzz in one device!”

For more information visit the Electro-Harmonix website at: www.ehx.com